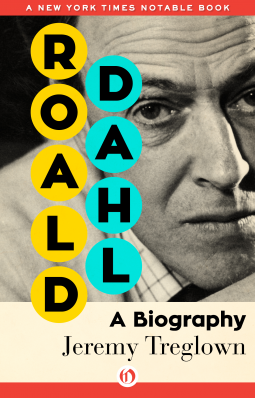 My brother grew up reading Roald Dahl books with my mom, and every now and then I’d snag one to read as well, so I was definitely interested in learning some more about the man behind some of my family’s favorite books.  Dahl wanted to be a rich dominant public figure and return to his childhood. He had written autobiographies which is where some of this book came from.  It was interesting to find out his family backstory – how his sons pram was hit by a car and his son survived but ended up with medical problems and how he got divorced at 66 years old – 18 years after his wife had a stroke. Dahl was certainly an interesting character. It was also interesting to see how his life at the time affected the writing of some of his books.  This book also includes photos which as always are my favorite thing.

About the Book
A New York Times Notable Book: A revealing look at the famous twentieth-century children’s author who brought us The BFG and Charlie and the Chocolate Factory.

Few writers have had the enduring cultural influence of Roald Dahl, who inspired generations of loyal readers. Acclaimed biographer Jeremy Treglown cuts no corners in humanizing this longstanding immortal of juvenile fiction.

Roald Dahl explores this master of children’s literature from childhood—focusing a tight lens on the relationship between Dahl and his mother, who lovingly referred to him as “Apple”—through to his death. Treglown deftly navigates Dahl’s time as a fighter pilot in the Royal Air Force, exploring how the experience transformed many of the beliefs that influenced the English writer’s work, including The Gremlins, which was commissioned by Walt Disney.

A former editor of the Times Literary Supplement, Treglown discusses many of Dahl’s most famous works, such as James and the Giant Peach and Fantastic Mr. Fox, while also delving into his marriage to actress Patricia Neal, combing through letters and archives to show a man who could be both comic and vitriolic, thoughtful yet manipulative and irascible. Treglown highlights many of Dahl’s literary achievements as well as his breakdowns and shortcomings, presenting a very personal and telling picture of the author and the inner turmoil that crippled him.

Separating the man from the myth, Treglown’s frank, intimate portrait of Dahl illuminates the contradictions within the mind of this beloved author, a man who could be both a monster and a hero. It is required reading for book lovers and film buffs alike. 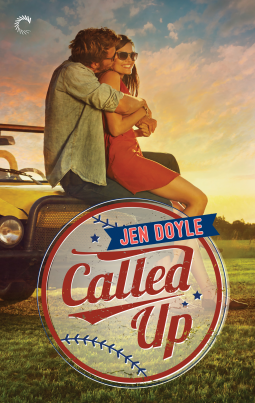 When I was writing down my quick notes on this book in order to remember what I wanted to include in my review, I seemed to focus more on the negatives than the positives and I think that gives an unfair look to how I really felt about the book.  Once I got about halfway through this book one night I decided to just not do anything else but curl up in bed and refuse to go to sleep until I had finished it.  Which was exactly what I ended up doing.  Which is not something I would do with a book I was not enjoying, but I guess there were several imperfections in it.  A major thing that I had to get over in order to enjoy the book was the nicknames of the main characters – Deke and Fitz.  It took a lot of effort for me to picture Fitz as a female at first!  There also were a lot of characters to sort out in the beginning – to the point I almost wanted to make myself a flow chart.  But in the end they all became more familiar to me and it was not as overwhelming as I thought it was going to be in the beginning.  The other piece that drove me crazy, and I guess it wouldn’t be a romance novel otherwise, was that Deke and Fitz kept saying that they wanted to be honest with each other – they had been friends for many, many years and didn’t want to throw that all away with a relationship – but each of them wanted the other and wouldn’t say so!  I mean, I guess if it was all happy “I love you”, “I love you too!” then there’d be no plot for the book… but yeah.  There’s also not as much baseball in the book as I was expecting considering the baseball on the cover.  Not a bad thing but just not what I was expecting. (But again, I need to learn to stop judging a book by its cover!)

Overall I enjoyed the book and really enjoyed the author’s writing style because she was able to grab me and bring me into this town and make me feel like I was one of them.  I will certainly be checking out other books by Jen Doyle.

About the Book
Jen Doyle delivers a home run of heart, heat and plenty of laughter in this contemporary romance, perfect for fans of Jill Shalvis’s Pacific Heat series

There’s one thing Max “Deke” Deacon can always count on besides his old high school teammates: Angelica “Fitz” Hawkins. But no matter how much Deke might secretly fantasize otherwise, a relationship with his best friend’s sister is off limits. Until one unexpectedly smoldering encounter has Deke and Fitz giving in to the feelings they’ve both been fighting for far too long.

Fitz knows for a fact that it is not better to have loved and lost. After losing her parents, she’d rather lock up her heart and throw away the key than endure that kind of pain again. If that means giving up any hope of a lasting relationship, then so be it.

But with Deke, Fitz feels dangerously close to falling in love. She can’t risk another broken heart—especially if it means losing one of her best friends for good. Now it’s up to Deke to convince her that the safest place she could ever be is right here with him.

This book is approximately 100,000 words

One-click with confidence. This title is part of the Carina Press Romance Promise: all the romance you’re looking for with an HEA/HFN. It’s a promise! Find out more at CarinaPress.com/RomancePromise