October 17, 2016 by ConcertKatie No Comments 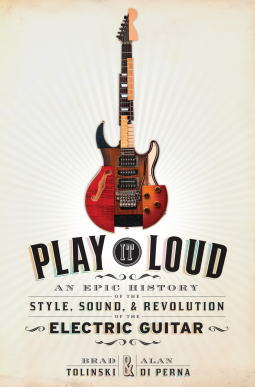 I’ll admit it, the cover of this book drew me in because it reminded me of the color scheme of Hanson’s latest releases – Loud and Play.  It wasn’t lost on me that both of those words were also included in the title! The book is the history of the electric guitar, which goes allllll the way back to 1882 and to the present.  The way the author(s) wrote about the guitar really showed just how excited they were about it and in turn it got me really excited to continue reading the book – and I’m not sure reading about guitars is something I would otherwise be excited about.

I received a free e-copy of this book in order to write my review, I was not otherwise compensated.

By a pair of veteran music writers, an unprecedented history of the electric guitar, its explosive impact on music and culture, and the people who brought it to life

For generations the electric guitar has been an international symbol of freedom, danger, rebellion, and hedonism. In Play It Loud, Brad Tolinski and Alan di Perna bring the history of this iconic instrument to roaring life. It’s a story of inventors and iconoclasts, of scam artists, prodigies, and mythologizers as varied and original as the instruments they spawned.

Play It Loud uses twelve landmark guitars—each of them artistic milestones in their own right—to illustrate the conflict and passion the instruments have inspired. It introduces Leo Fender, a man who couldn’t play a note but whose innovations helped transform the guitar into the explosive sound machine it is today. Some of the most significant social movements of the twentieth century are indebted to the guitar: It was an essential element in the fight for racial equality in the entertainment industry; a mirror to the rise of the teenager as social force; a linchpin of punk’s sound and ethos. And today the guitar has come full circle, with contemporary titans such as Jack White of The White Stripes, Annie Clark (aka St. Vincent), and Dan Auerbach of The Black Keys bringing some of the earliest electric guitar forms back to the limelight.

Featuring interviews with Les Paul, Keith Richards, Carlos Santana, Eddie Van Halen, Steve Vai, and dozens more players and creators, Play It Loud is the story of how a band of innovators transformed an idea into a revolution. 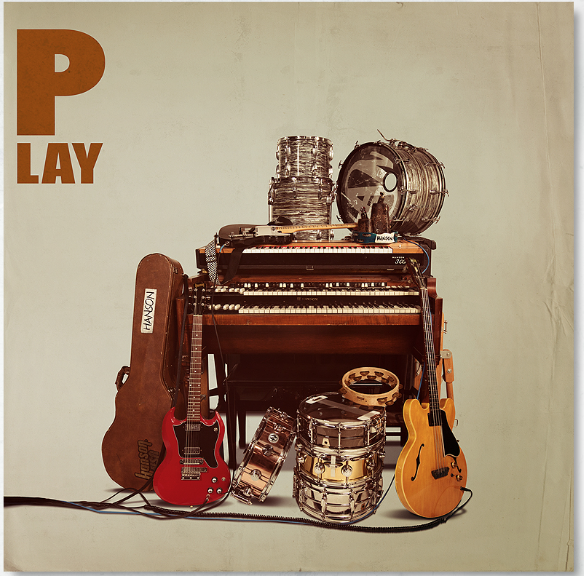 Last Monday Hanson released their latest EP, Play, a digital only release exclusive to Hanson.net. I had heard 4/5 songs in May in Tulsa and helped record parts of the songs, so I was very excited to hear the finished versions. If you had asked me weeks ago which song I thought would be my favorite I’d have hands down said “Do you Believe in Love”, I fell in love with it when Zac was working on it in a stream and was so excited when they started playing it in Tulsa, though it evolved from a simple piano ballad to a queen and the darkness inspired up tempo track.

After having listened to the EP on repeat several times now, I think Do You Believe In Love is #3 for me, maybe even #4 of 5!

Feeling Alive quickly became my favorite. It gave me goosebumps on a clip from the studio Zac had posted on hnet and continues to give me goosebumps even after multiple (and I do mean multiple) listens.

I also really love Freak Out and if they don’t use it to open a show in Jamaica (or even Disney!) I will be very disappointed. It is just the perfect let’s get things started and get you pumped song.

And Joyful noise is a great track as well. I enjoyed it in Tulsa and enjoy it finished even more. This EP is kind of a favorite, everything else tied for second-ish and then…

Man On Top. For whatever reason this song has not stood out to me. It’s not terrible but it just hasn’t grabbed me. It also sounds a lot like an old Hanson song to me (Look At You?)

Overall though I am super pumped for this new EP and if you ever have thought about maybe checking out what Hanson is up to musically, now would be the time to do it. This EP is available exclusively on Hanson.net and you do not need to be a (paid) member to purchase but will need to set up an account for their store to buy it.