September 23, 2015 by ConcertKatie No Comments

This past weekend was 90s Weekend at Mohegan Sun.  I had previously attended their 80s weekend but was far more excited for 90s Weekend.  Although I missed out on getting tickets for the Best of The 90s concert on Friday night, I was offered free tickets to see Sugar Ray on Saturday night and All 4 One was also doing a free concert in the mall area on Saturday too.  (The only thing better than 1 free concert is TWO!)

All 4 One took the stage in the shops at Mohegan Sun just after 7pm.  They did a 5 song set – starting with their single I Can Love You Like That and then saying they were doing another song and asked if the crowd knew what it was. “Do you swear? Because it ain’t that!” They ended their set with their other well known single I Swear and also threw in a couple of new songs. They have been a band for 20 years and just came out with a new album – Twenty. It has 20 tracks and represents their 20 years as a group.  After their set they did a signing, but I didn’t stick around for that because doors for Sugar Ray had opened at 7pm. 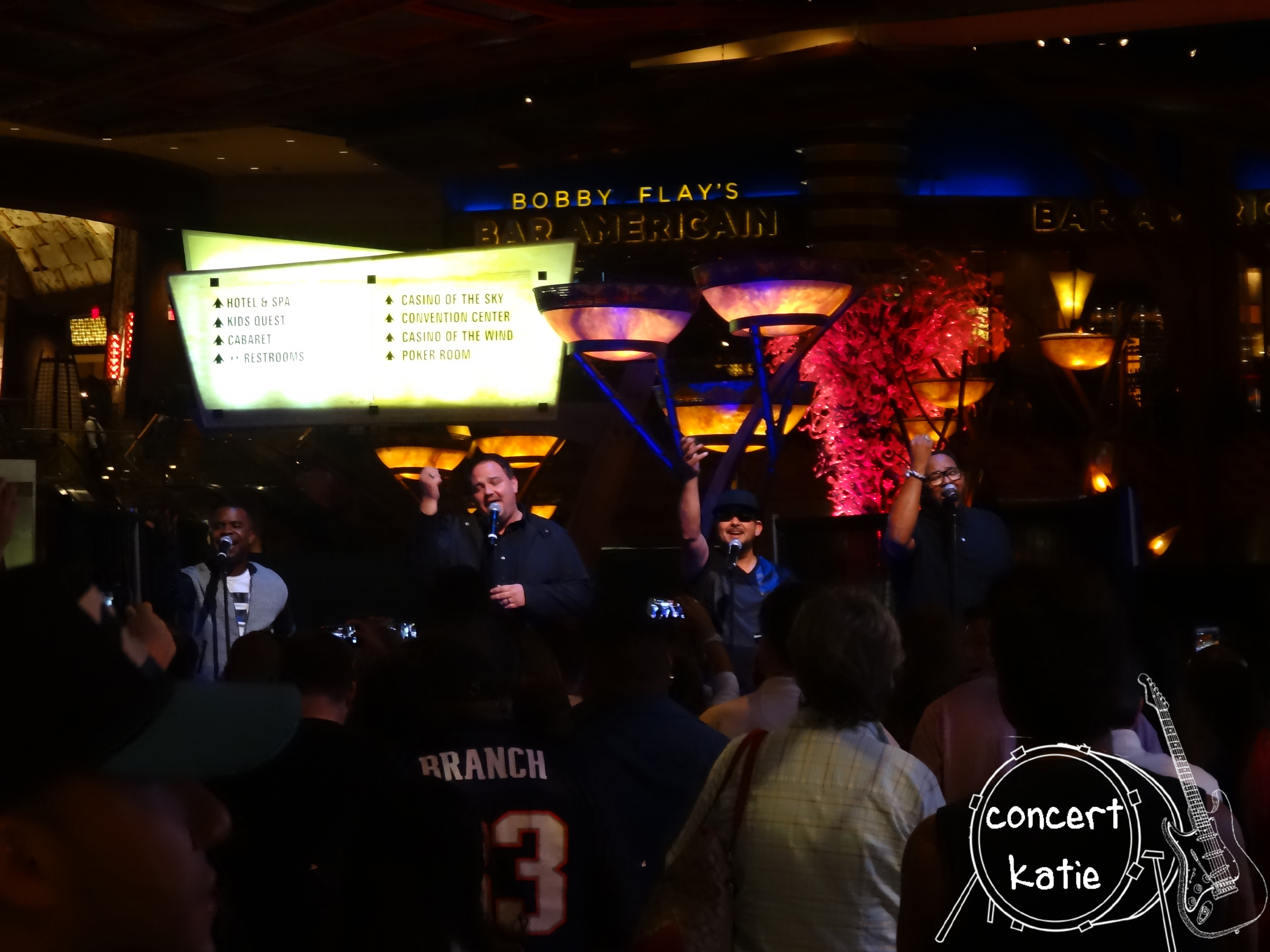 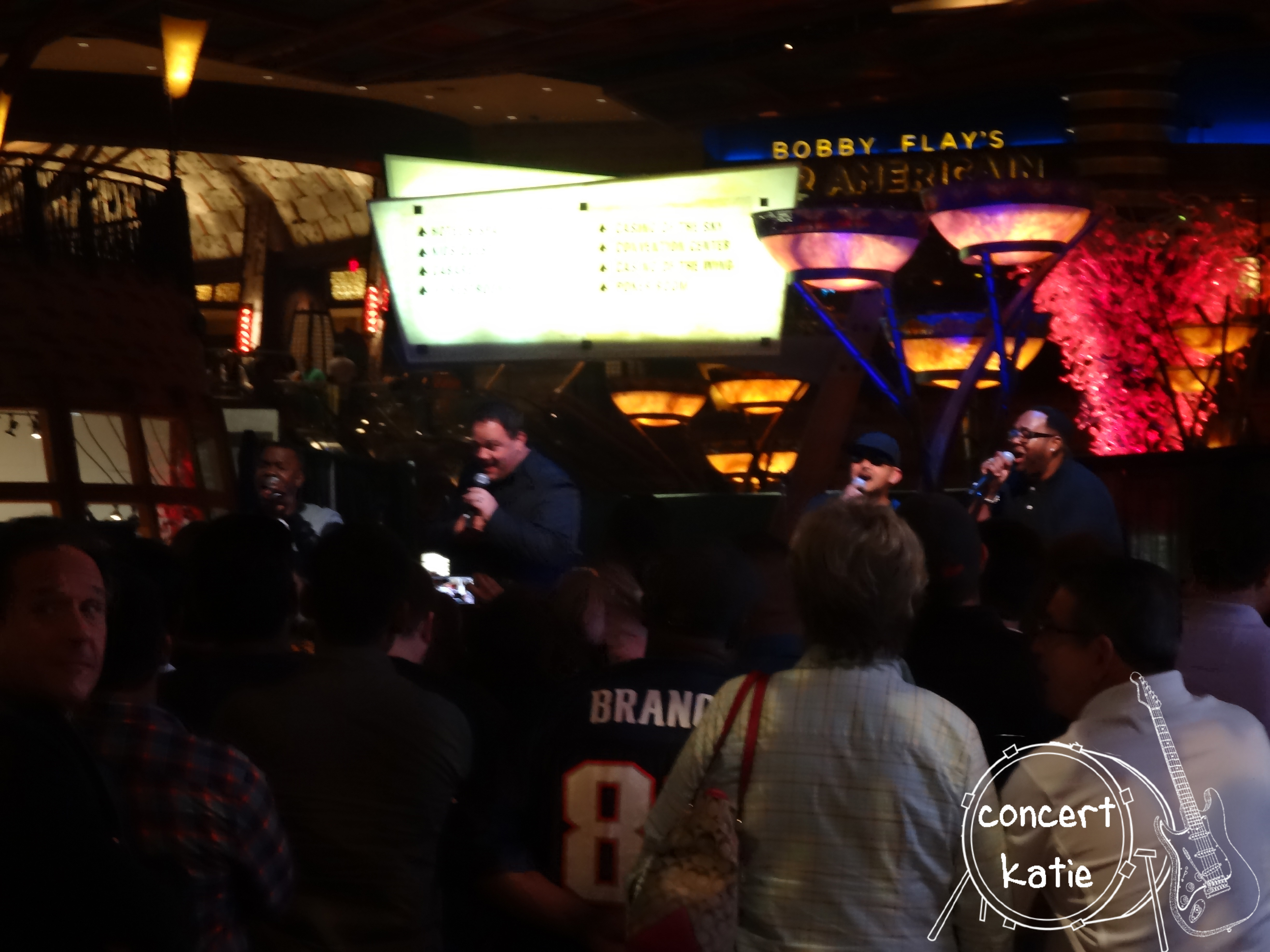 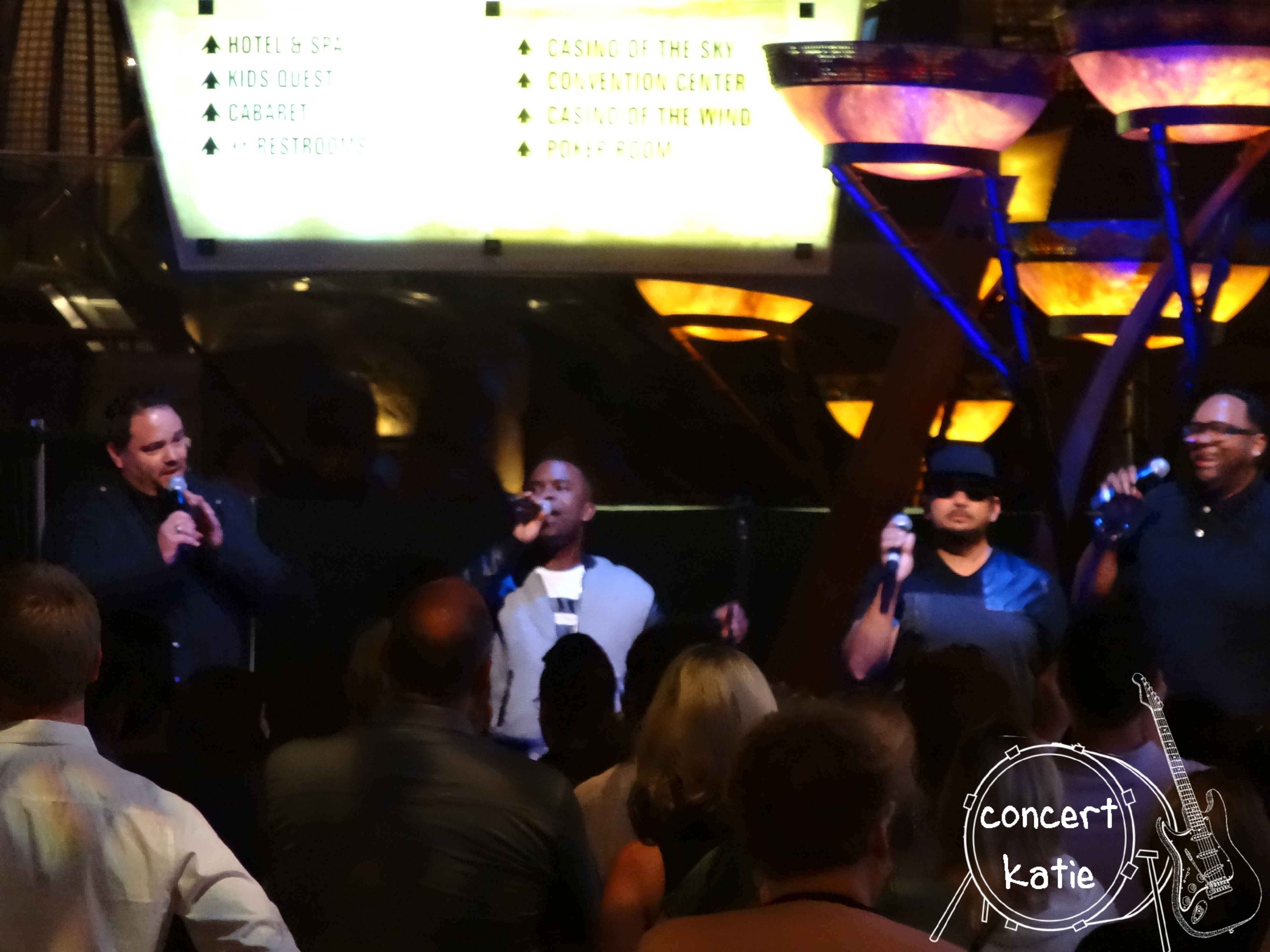 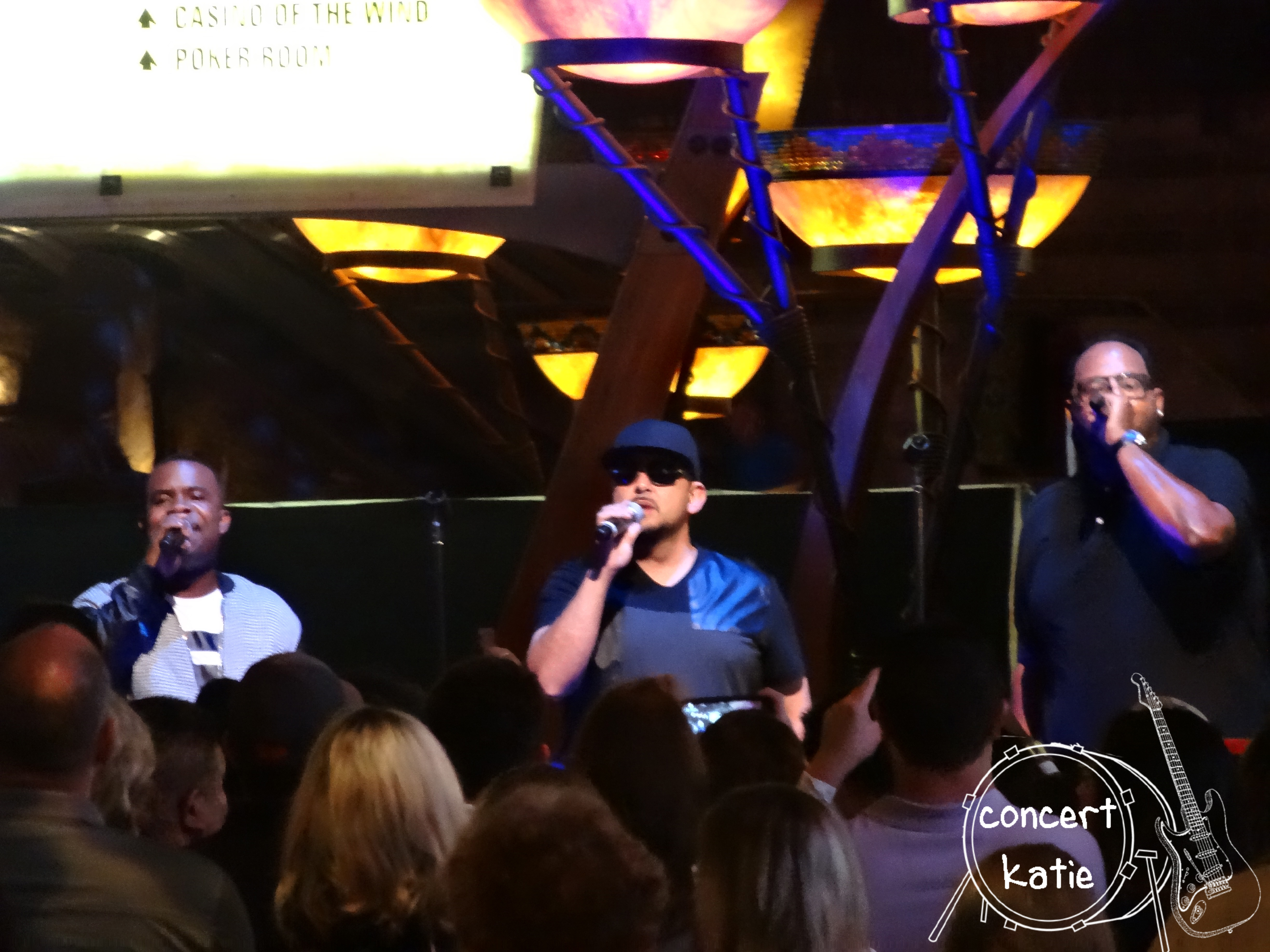 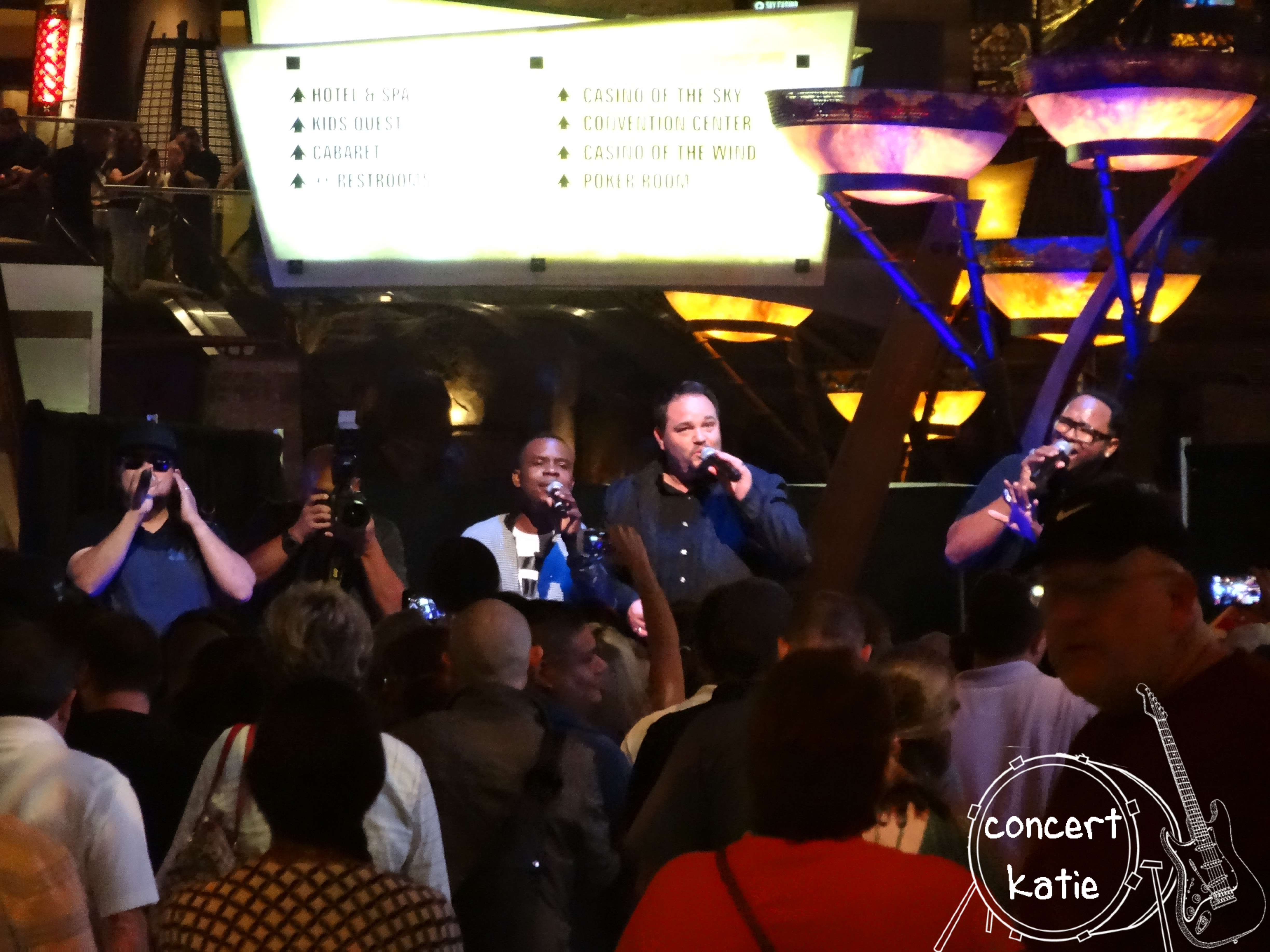 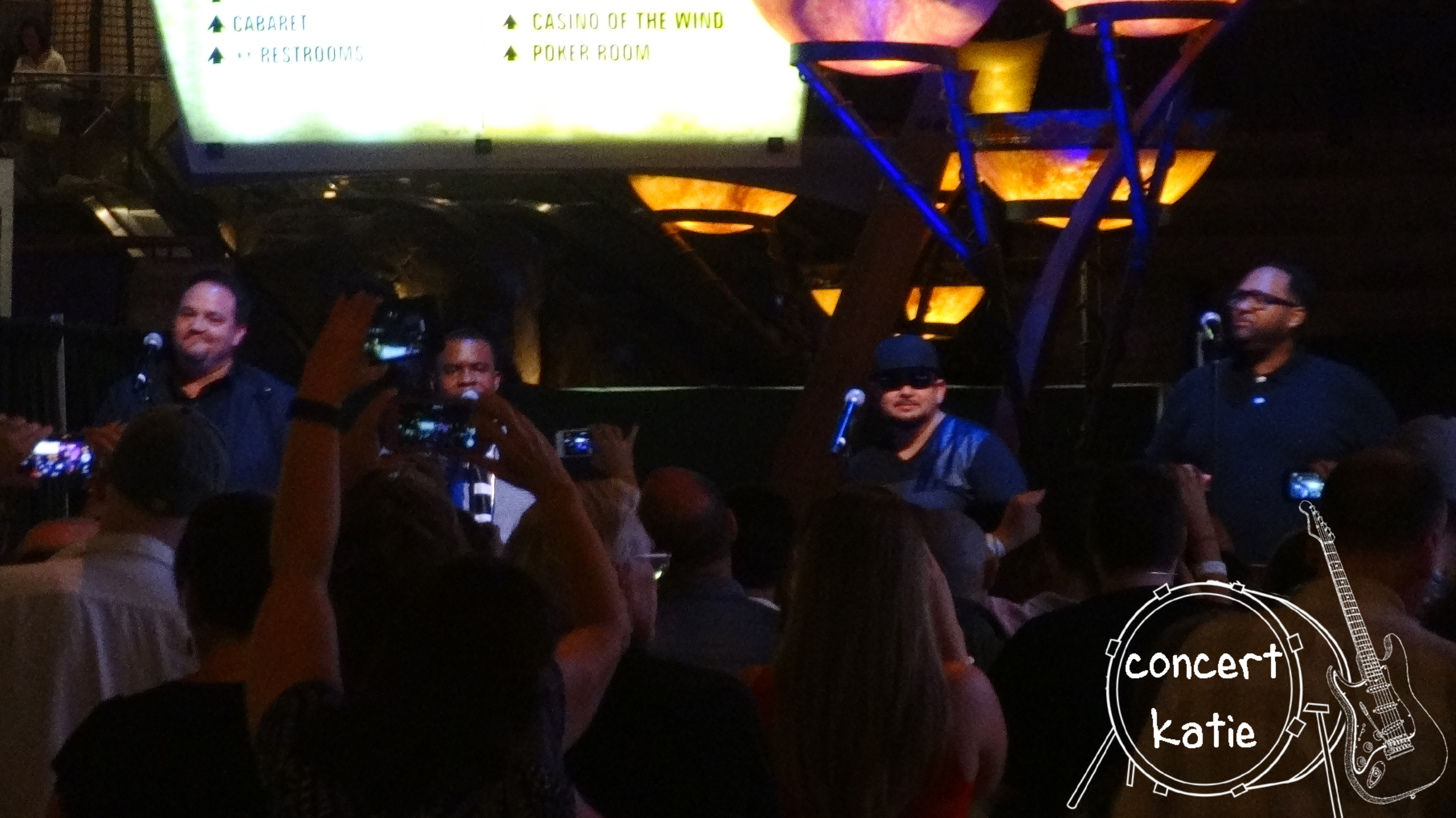 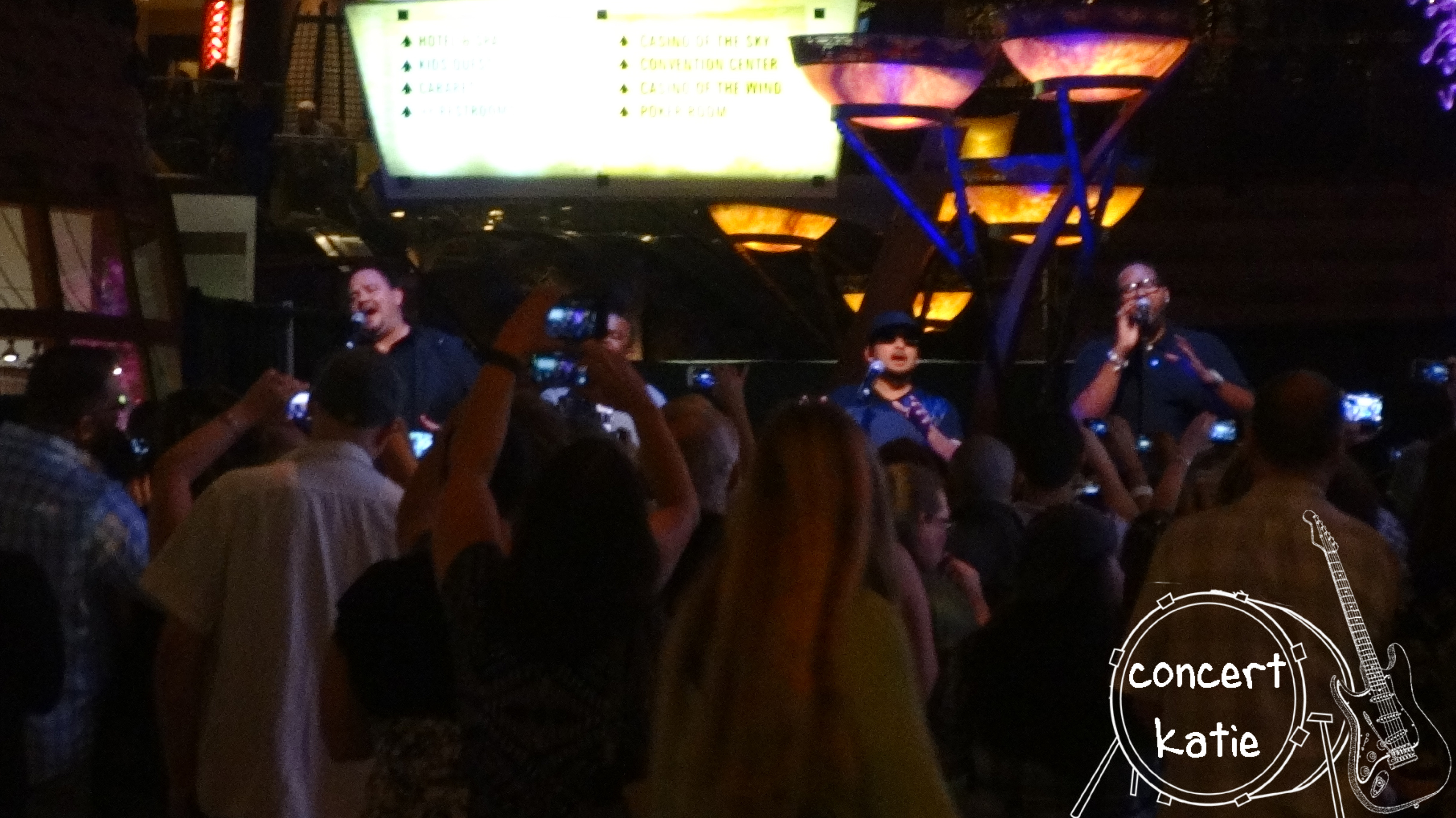 Sugar Ray was a private show and you had to be invited. This was the first time I was invited and actually able to go to the show (I had tickets for Joy Behar in the winter but we ended up canceling because of the weather)  The show was “General Admission” but you were given a section you had to stay in.  I had section 19 which was the far back of the arena. I opted to stay in the last row so I wouldn’t have to navigate the stairs and climb over people.  For free, it was a great spot!

Sugar Ray took the stage at about 8:20 and did roughly an hour set. Mark talked a bit between songs and I am pretty sure that 90% of what came out of his mouth was bullshit LOL  One truth was that he now has a 2 hour show on Sirius XM 90s on 90s called Mark McGrath’s 120. 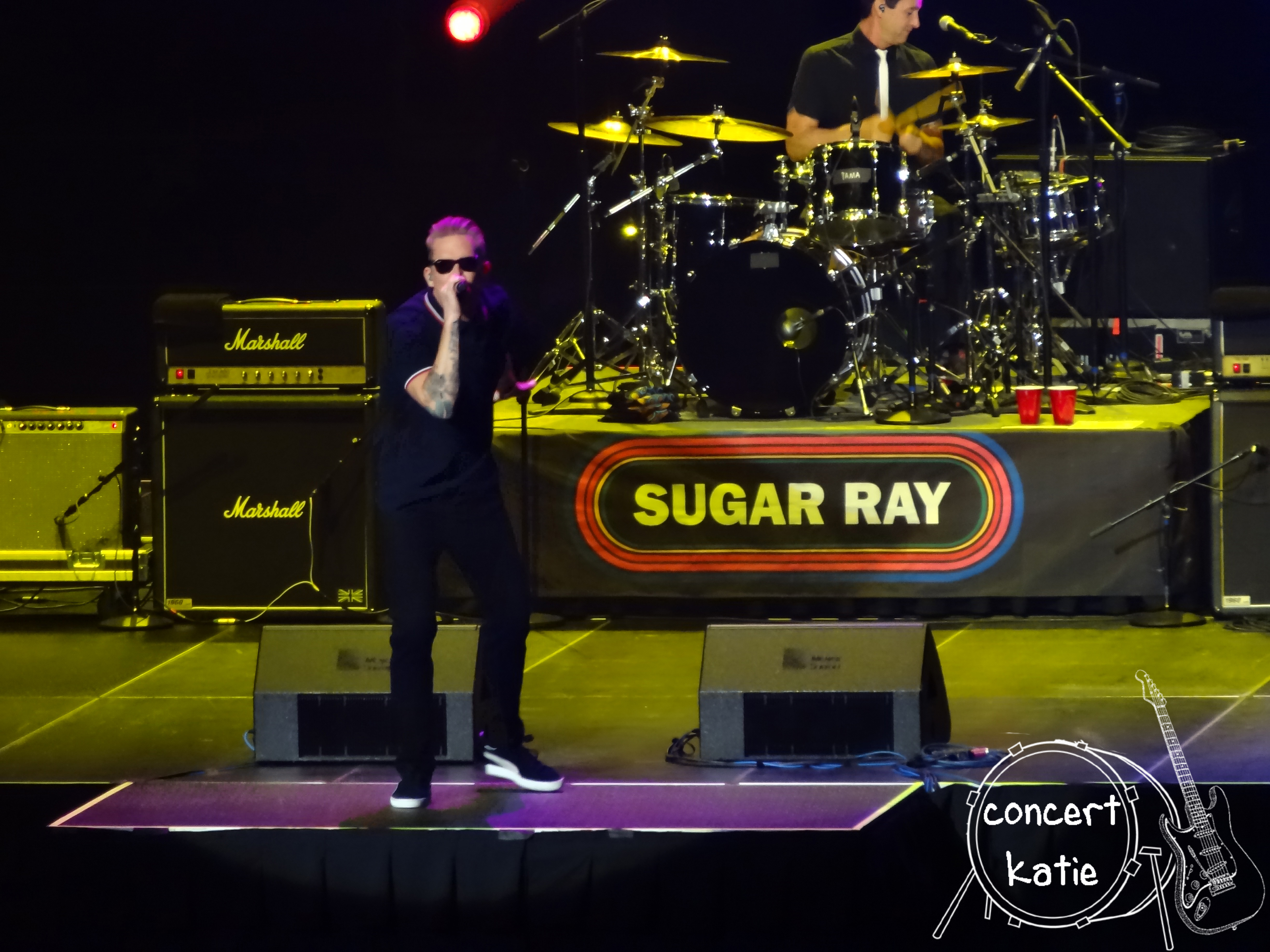 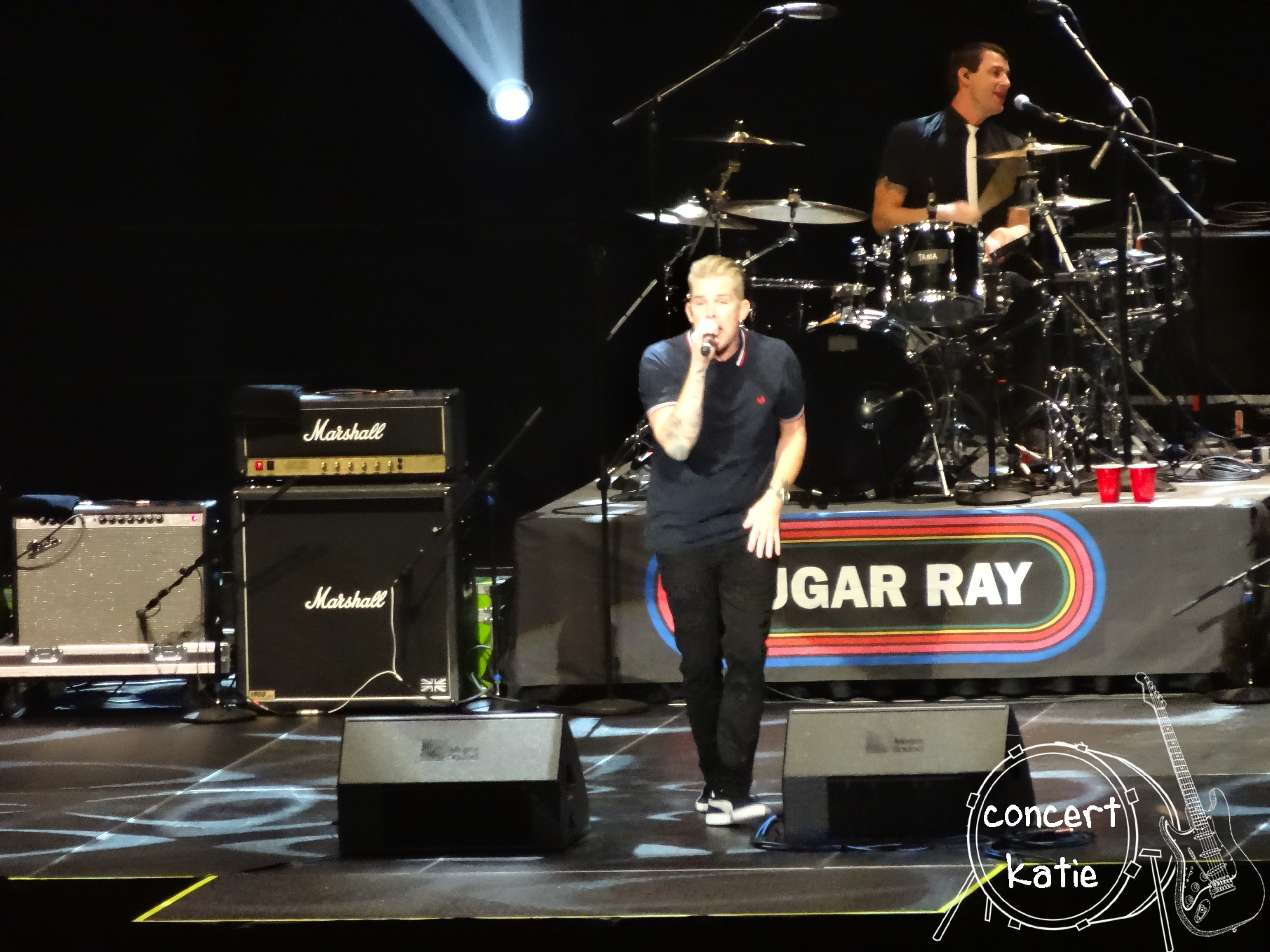 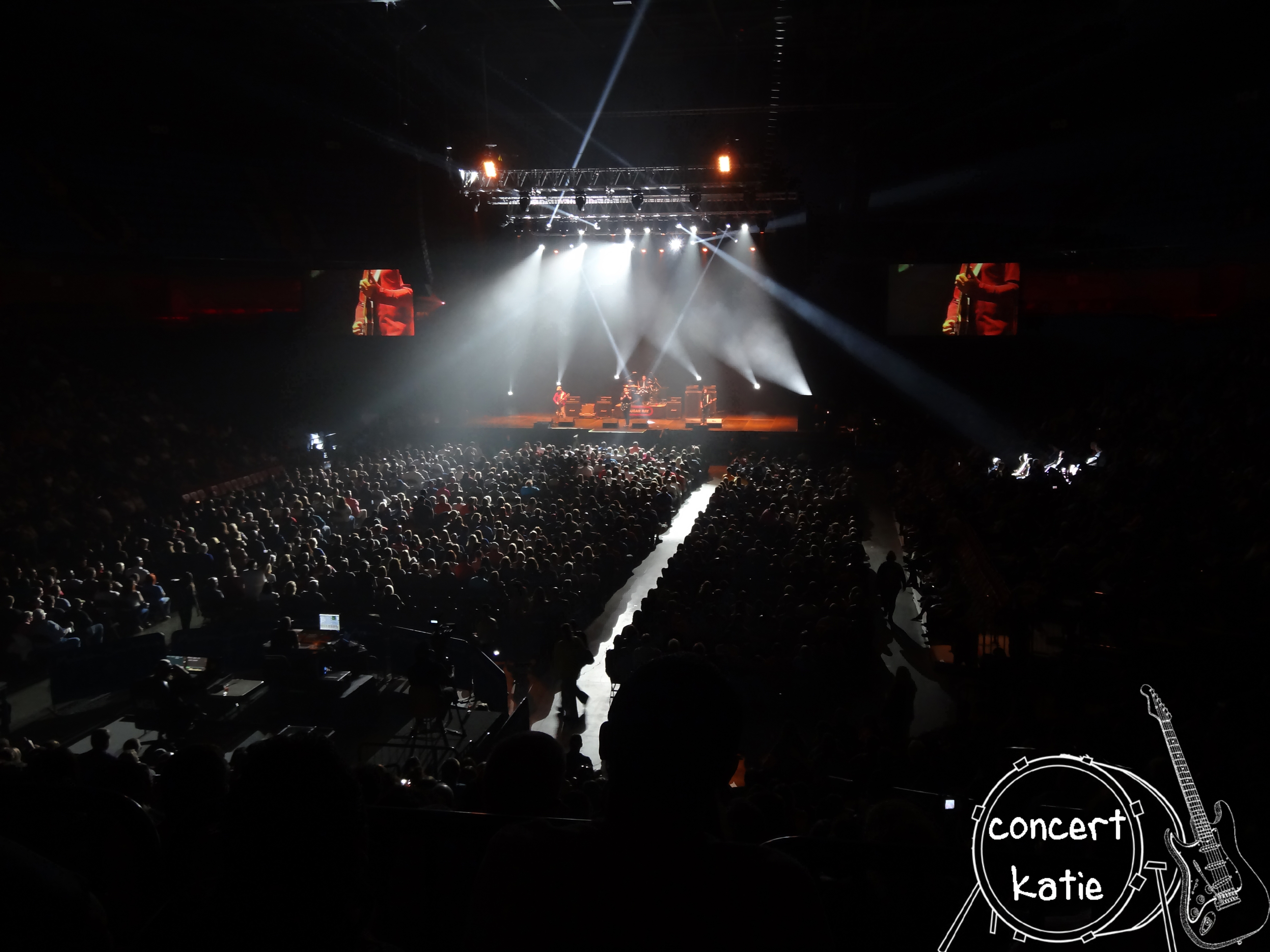 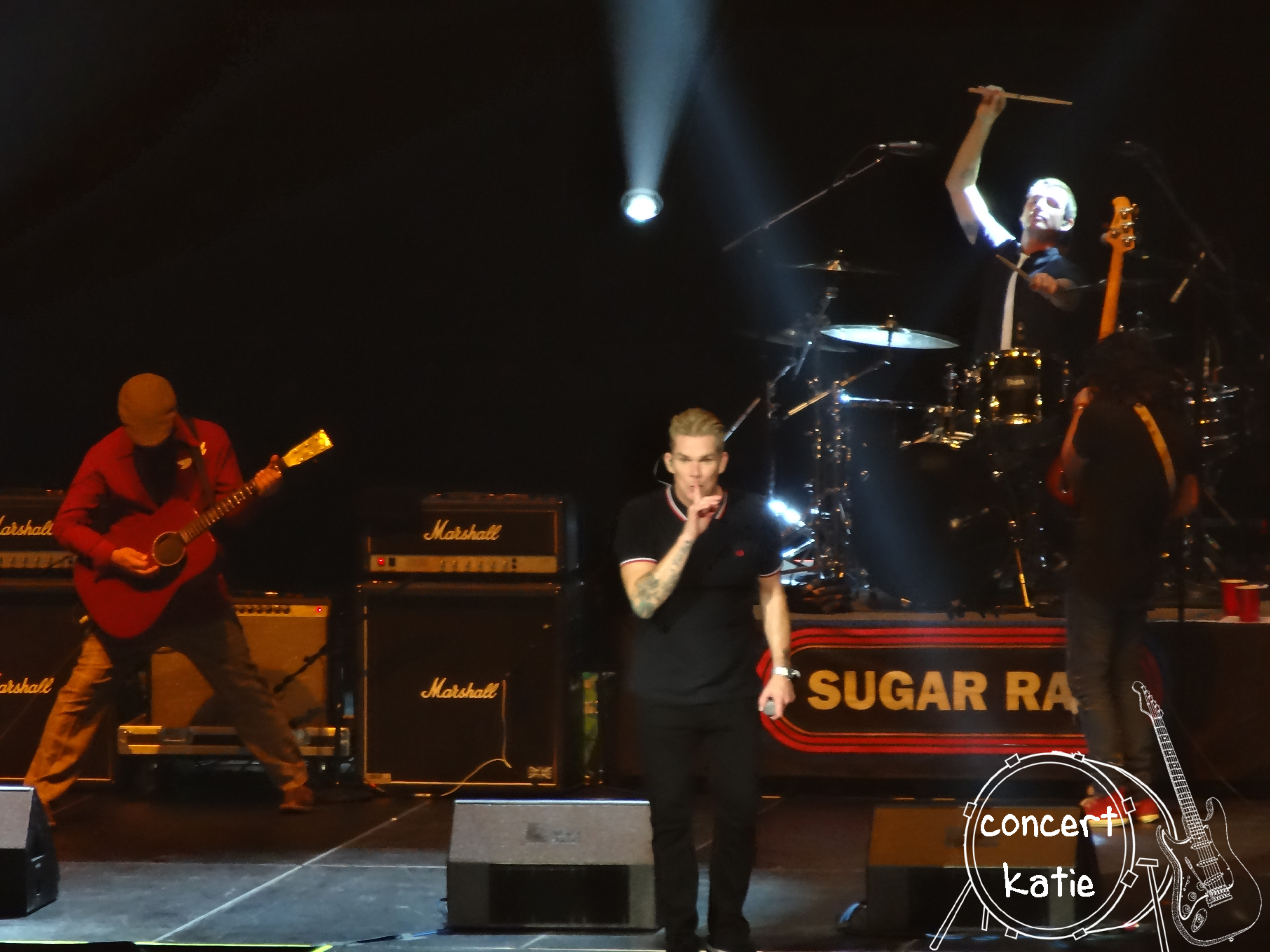 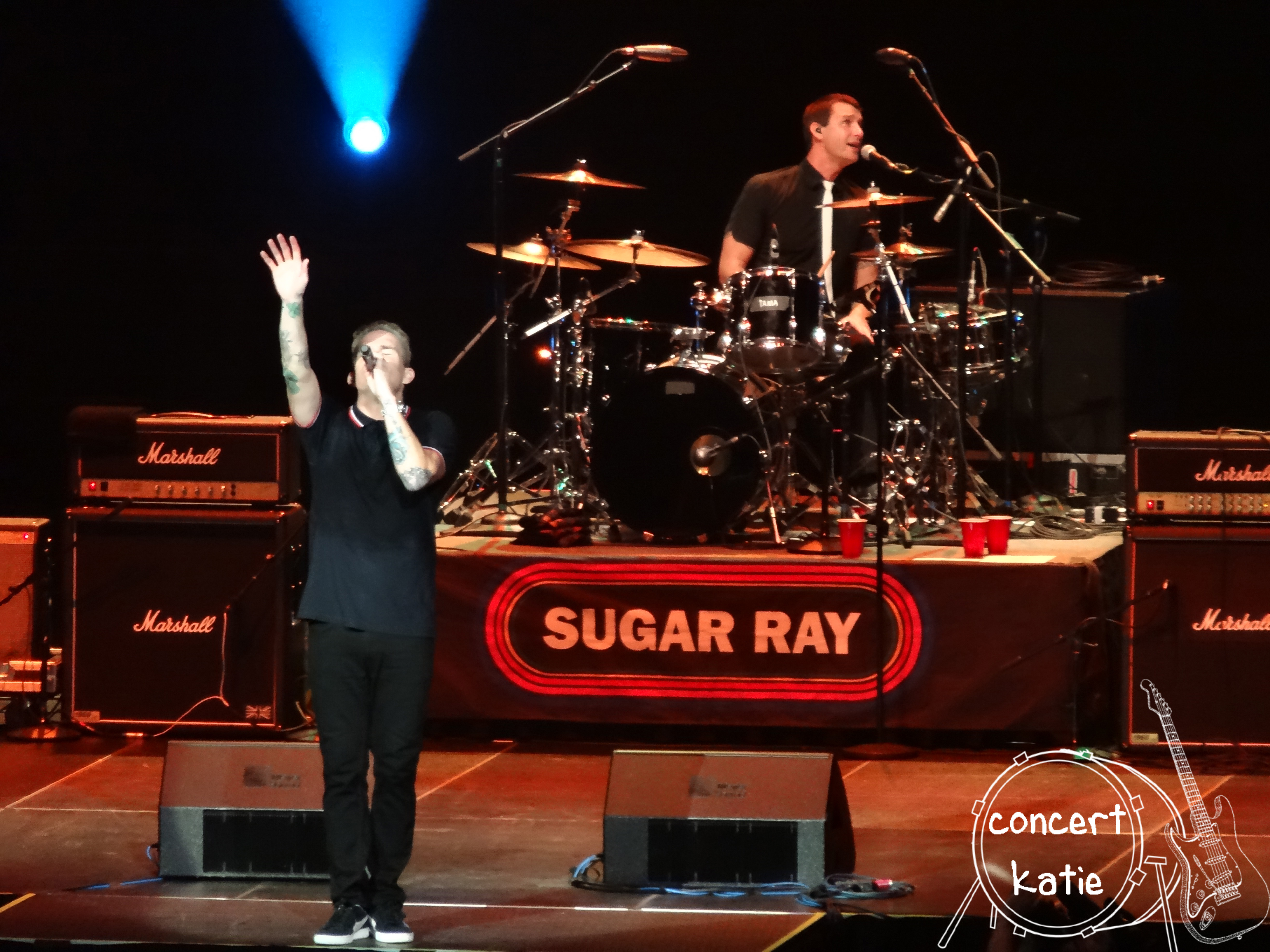 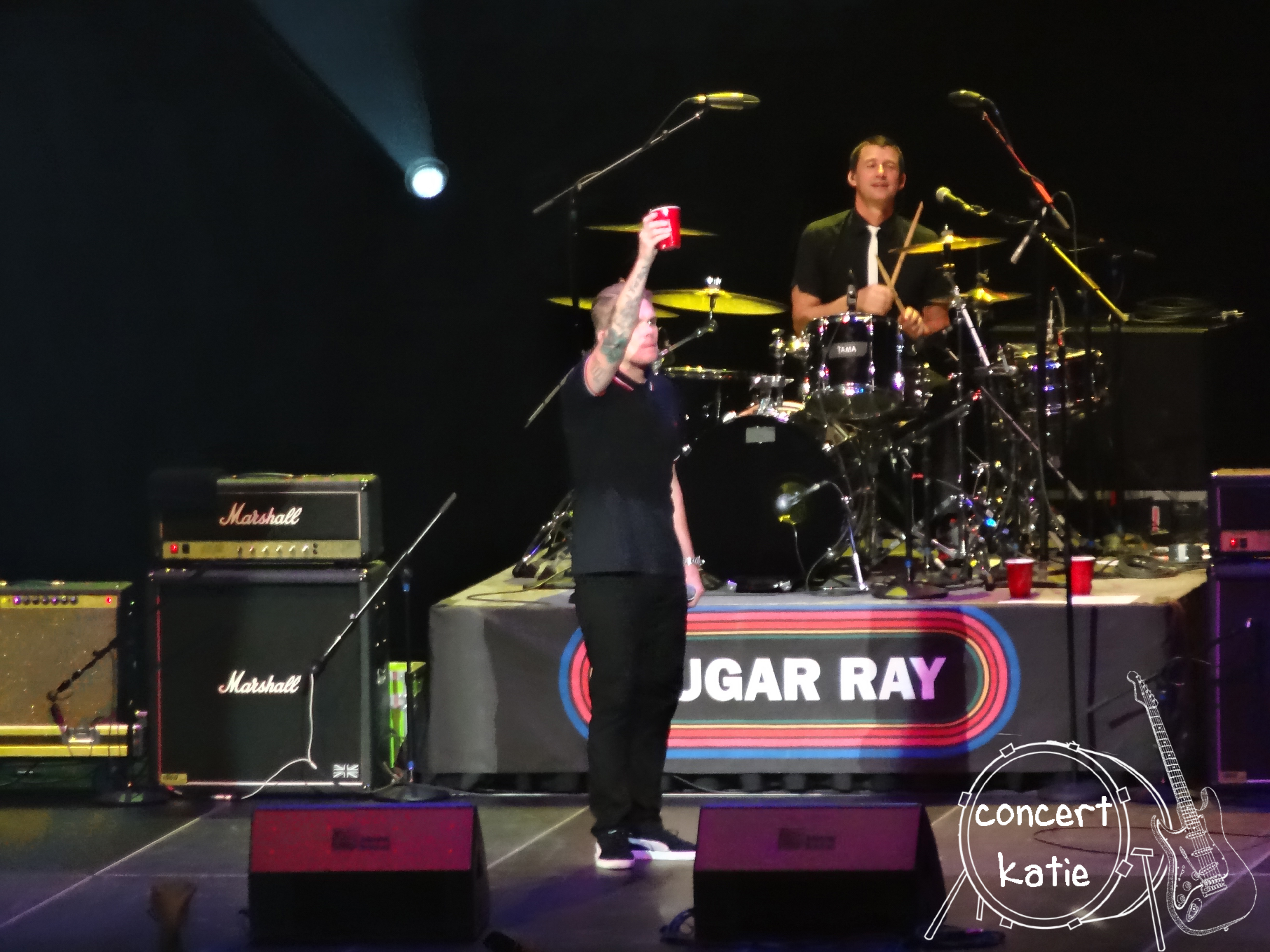