September 16, 2015 by ConcertKatie No Comments

Friday night Nick Jonas performed for the first time as a solo artist at the Mohegan Sun Arena.  He had played there several times with his former band and brothers, The Jonas Brothers.  We were kind of surprised that Nick would play such a large venue, especially when a lot of his other shows are in smaller general admission venues. But when we tried to get tickets in presale and then the public sale and nothing that we considered to be “good” showed up… we got a bit nervous.  But we (and by we I mean myself and Christine, my typical partner in crazy boyband crime) decided we would wait until that night and see what we could get.  She had a M&G with Nick before the show so I was perched outside the box office and checked 3 times while she was inside and had no such luck. We ended up “caving” about 30 minutes after the opening act was on the stage and got 14th row. We were hoping for first 10 rows, but first 15 isn’t so bad either (we’re just self-spoiled brats).

Recently, Jay-Z said that Nick was the “Justin Timberlake of his generation” which, I found to be a bit odd because… Justin is still the Justin of his generation… but it was pretty evident that this tour was heavily influenced by Mr JT.  Nick is also all grown up now.  The setlist was made up mostly of songs from his self titled album, with a few new songs thrown in as well as a Nick Jonas and the administration song and a couple JoBros / Camp Rock songs and of course, a few covers for good measure.

About halfway through the set, a lot of security started showing up in our area.  They were all linking arms, blocking off the aisle of our section (and I was seated on the aisle)  Nick ended up walking by and I reached out and juuust missed touching him.  Then he went up a couple steps into the lower level to sing.  On his way back, I reached my arm over the security and he ended up grabbing my hand for a few seconds.  So exciting! (Nick might be all grown up, but I am not! 😉

I kind of wish that his tour schedule worked out a bit better with being close to us around a weekend because I think we would have ended up at a few more shows than just this one! 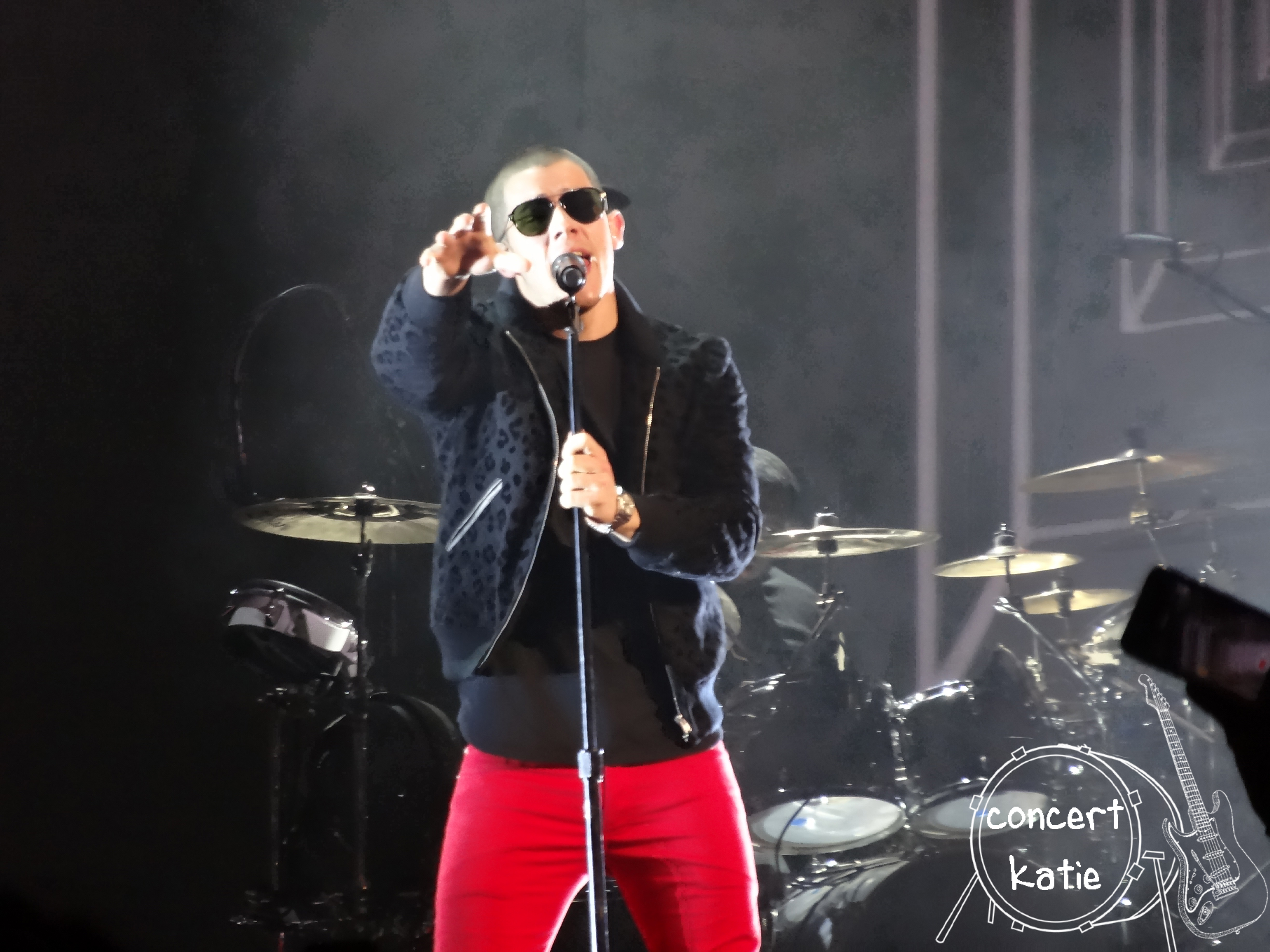 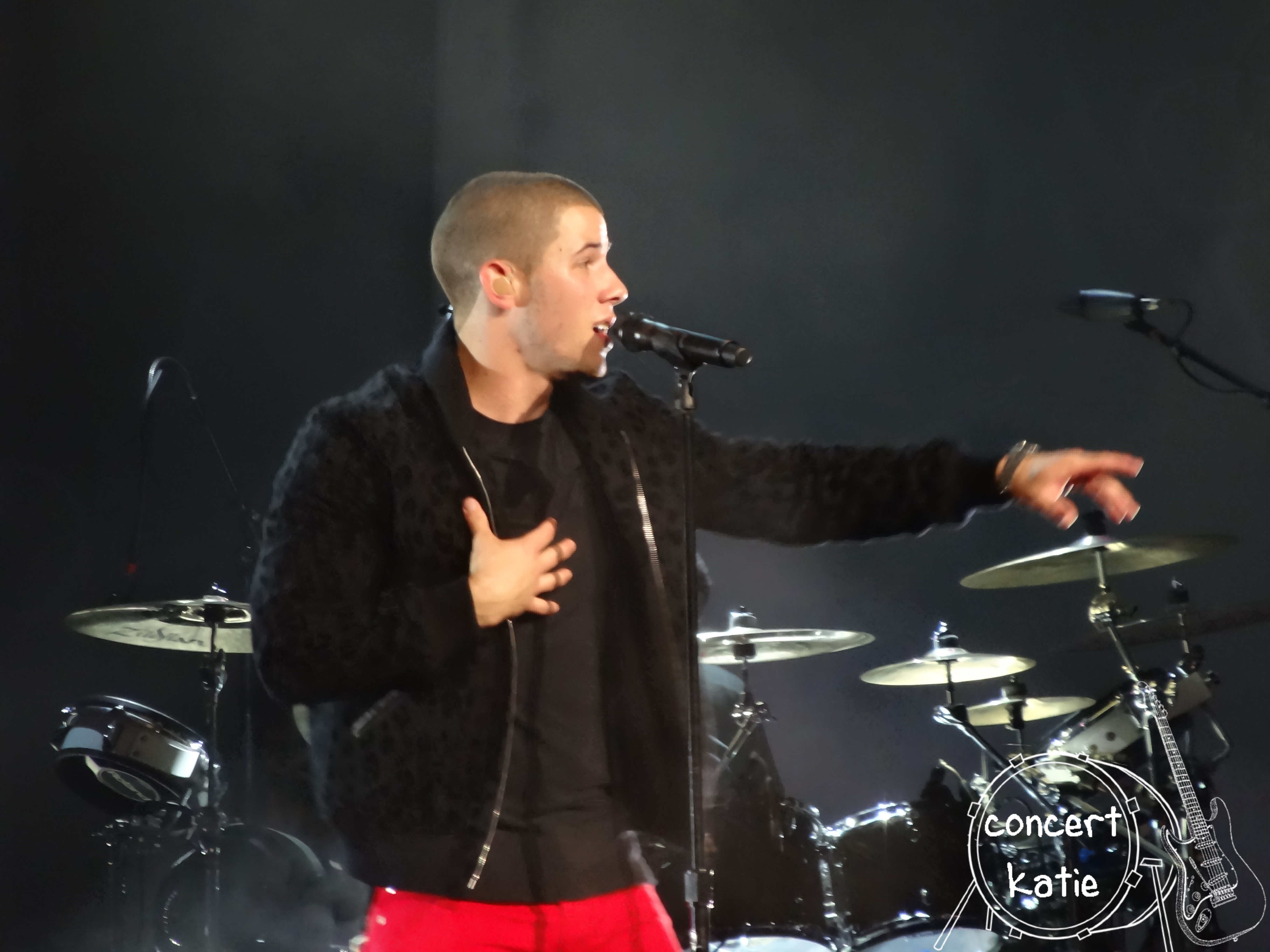 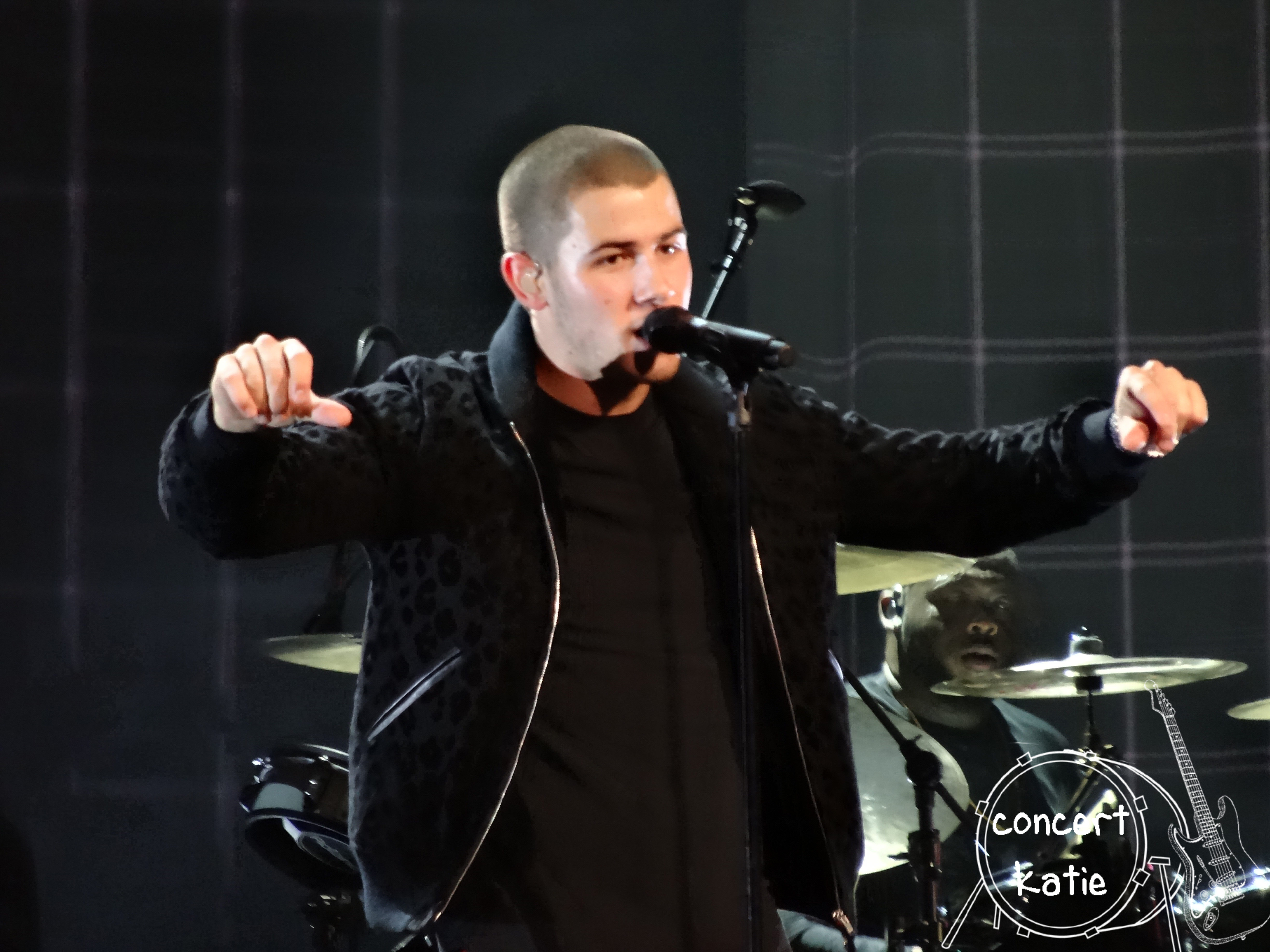 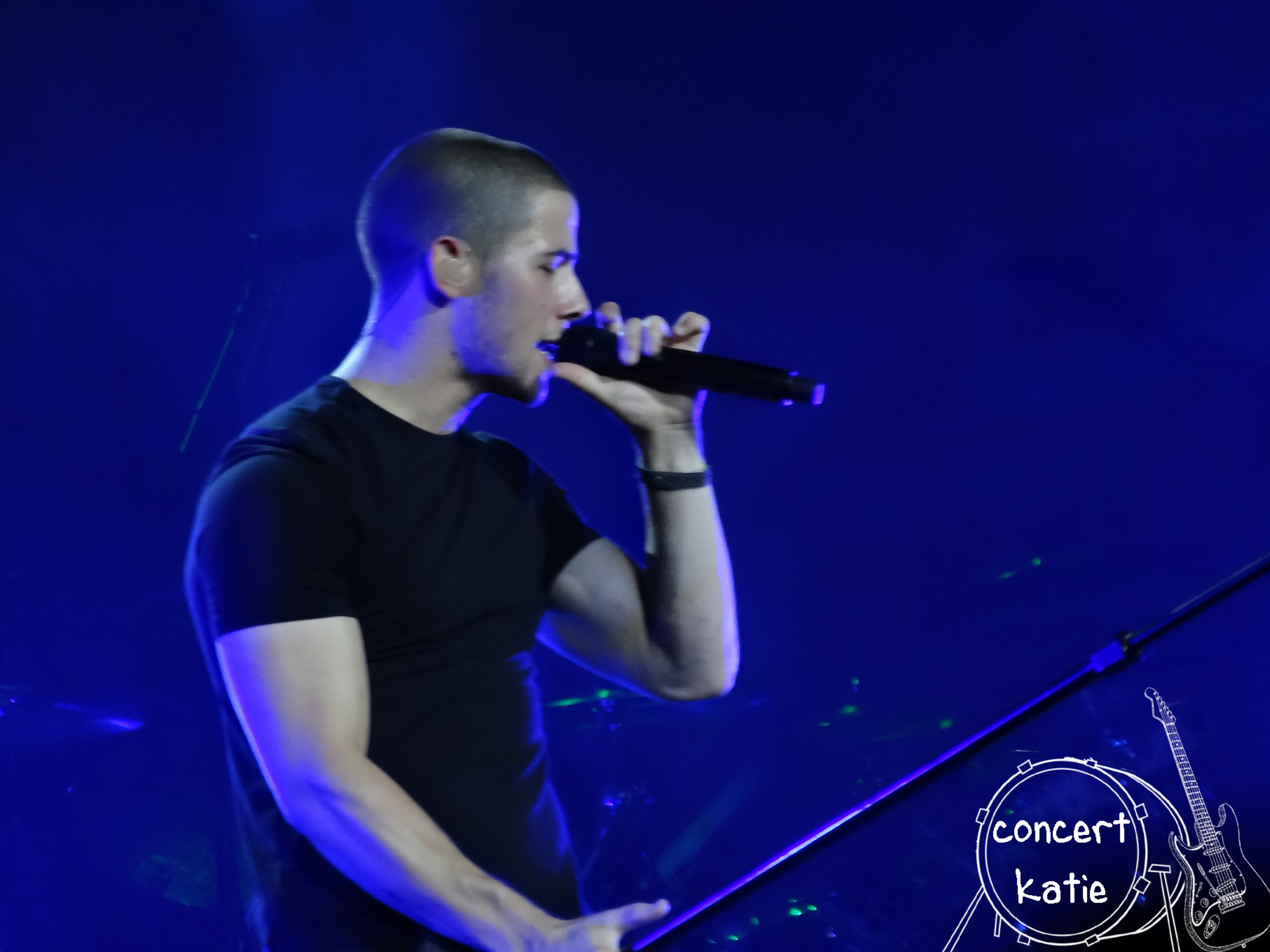 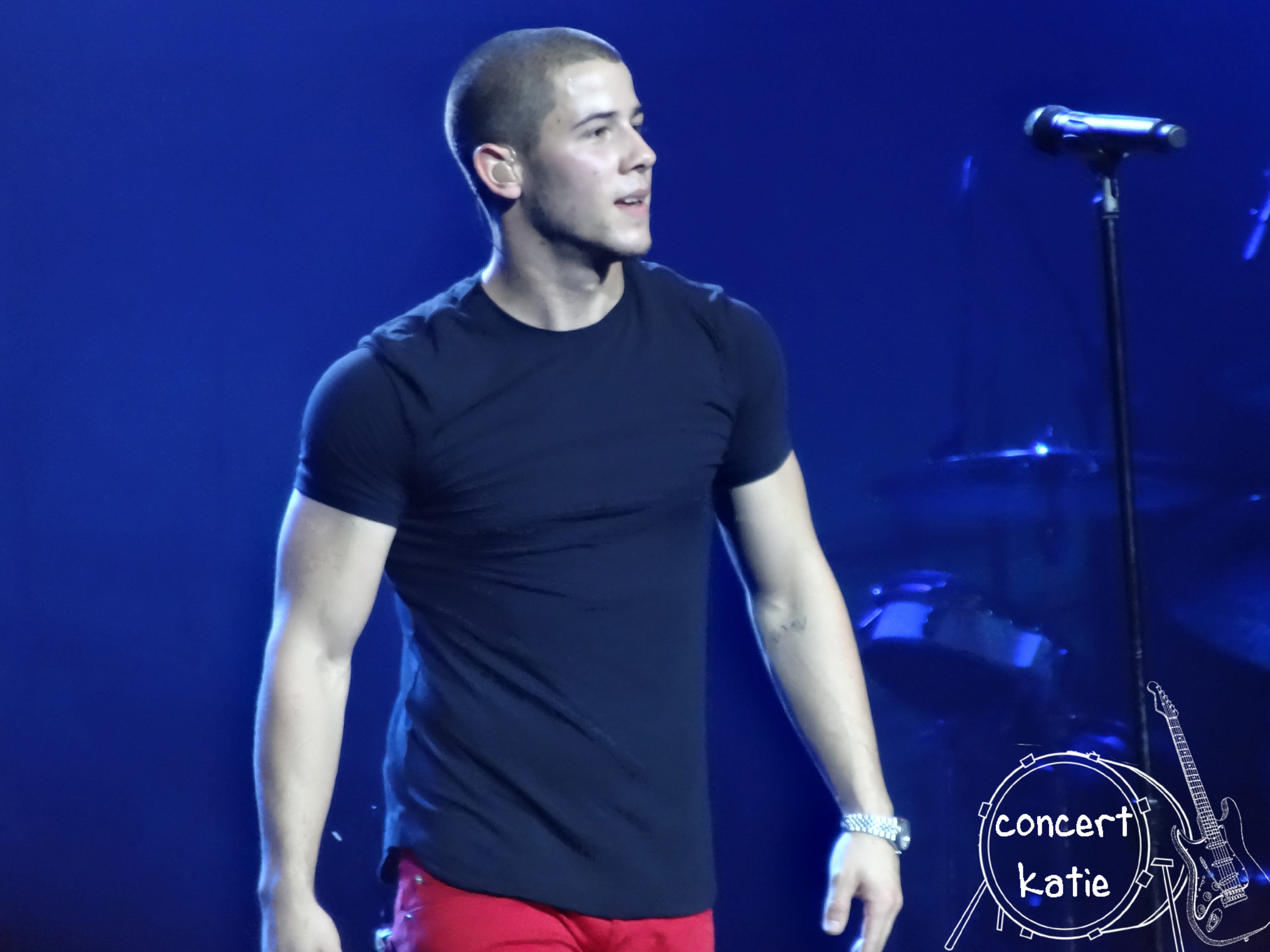 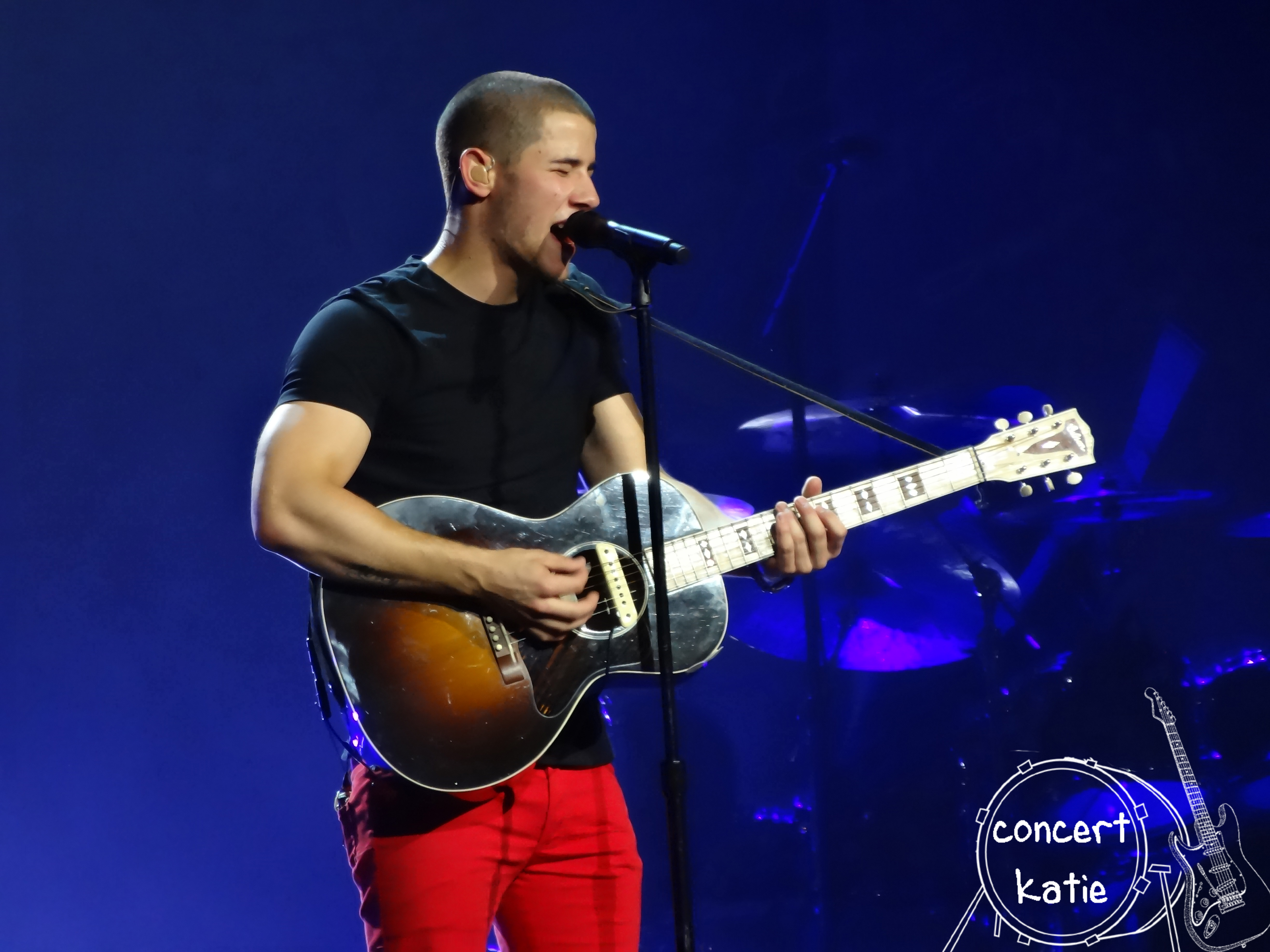 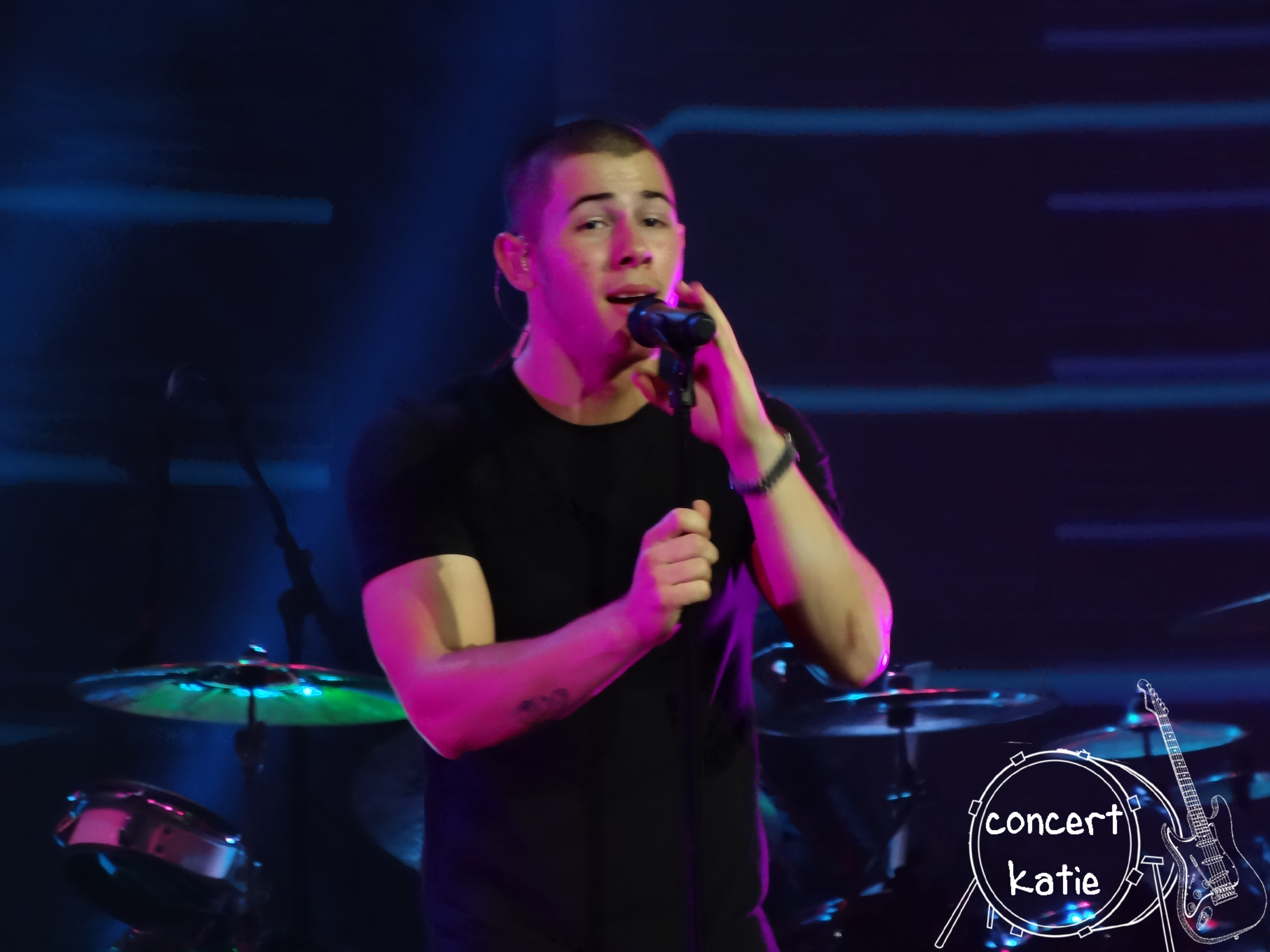 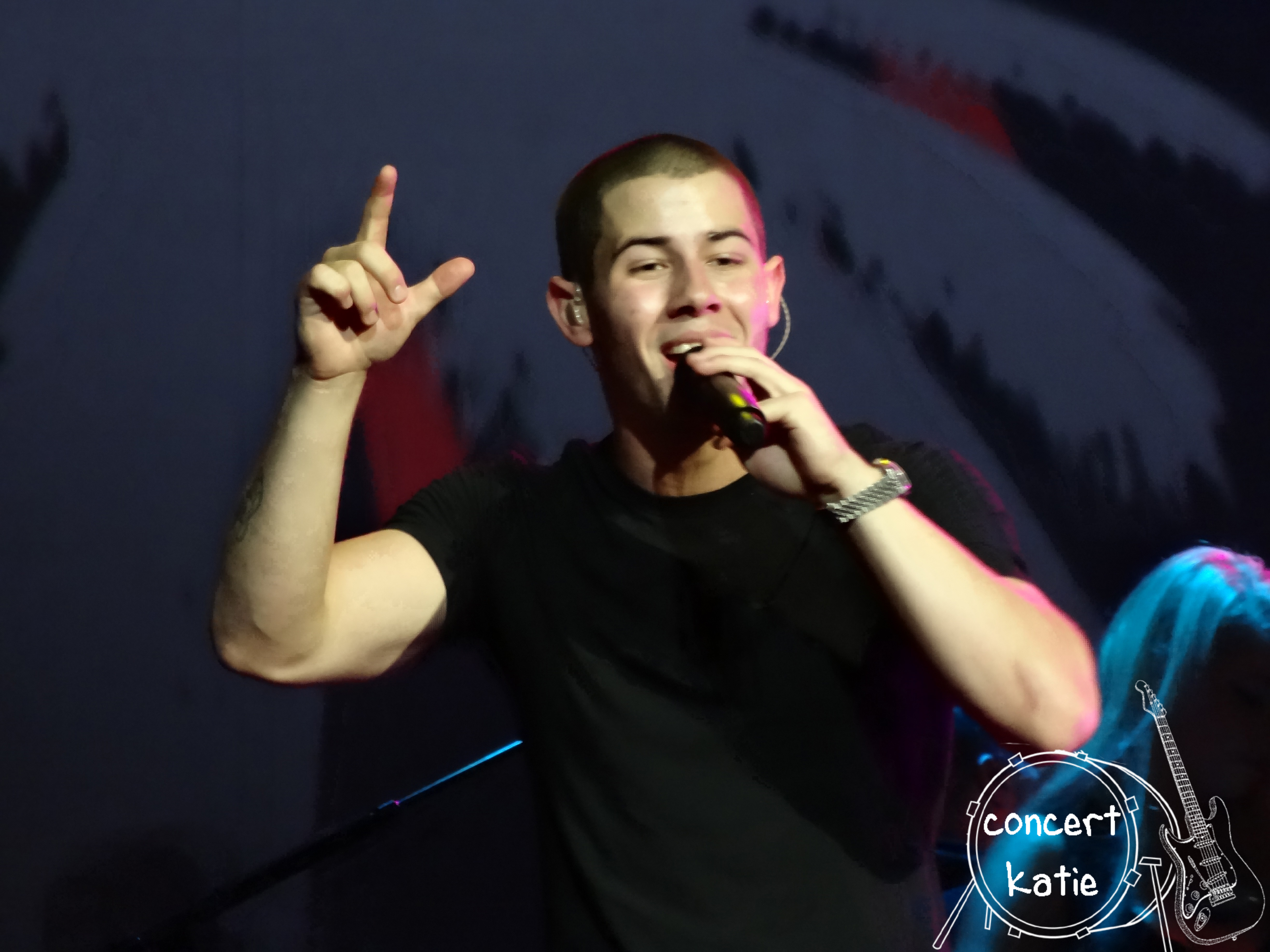 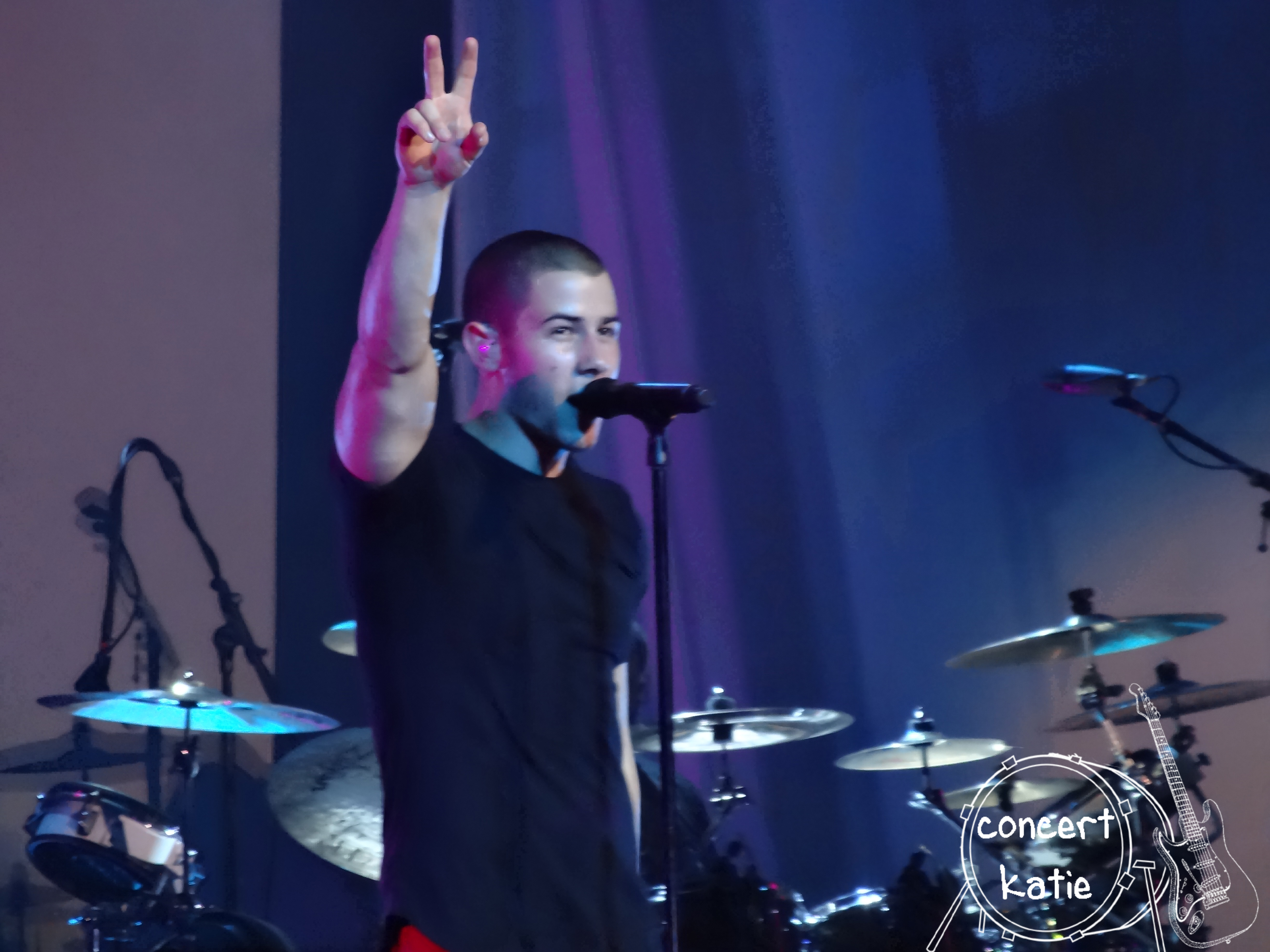