September 14, 2015 by ConcertKatie No Comments 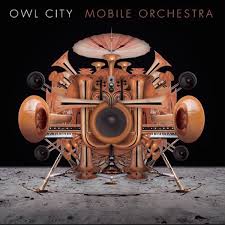 
Mobile Orchestra is the latest album from Owl City.  I can’t say I am really an Owl City fan, I feel like a lot of his songs sound the same, but since Hanson was one of the groups he collaborated with on the album and I really dig their song Unbelievable, I figured it was worth giving the rest of the album a chance.  The songs do all seem to have that same Owl City sound. I’m not sure this will be an album on heavy rotation in my life, but it does have a few fun songs on it.  Although the last song is not one I would consider “fun”, but more of a dark track.