September 10, 2014 by ConcertKatie No Comments

Sunday night was the make up of Kris Allen’s show at Infinity Hall in Norfolk, CT. I had bought VIP Tickets which entitled me to a pre-show performance and M&G with Kris! The website said that the M&G would be at 7 with the show starting at 7:30. I got to the venue a little after 6 and while I was checking my phone, putting my GPS away, etc. I noticed Kris’ band going for a run all around me. I decided shortly after to head up to the box office to get my ticket and Kris was running past me! A little weird, since I’d be meeting him at 7… but ok.

I pick up my ticket and am told that they “don’t know what is happening with the M&G” but to check back. I asked the woman taking tickets if I could sit because I didn’t want to go up all the stairs to the venue if the M&G was going to be downstairs. While she is ripping tickets a couple comes up and says “Oh we had VIP tickets but we just met him!” She looks at me and I look at her like “what?!” So we go back to the box office and they say “Yeah well the M&G was at 6 but a lot of people missed it so we’re trying to figure out what to do” I guess Kris’ people thought it was 6 but everyone else thought it was 7 because of the website!

So I hung around longer and the woman from the box office came over and told me that the M&G would be after the show and they were trying to make it so that those of us with VIP would get to the front of the line since he’d be signing for everyone afterwards anyway. She told me to go to my seat and they’d have more info later.

I was a little bit annoyed because I have been to over 400 shows and NEVER missed a M&G (though traffic has made a couple of close calls!) And if the website had no info I’d have called to confirm!

Sarah Barrios opened the show and did a mix of covers and original songs. She apologized before she started her set saying she had come down with a cold and doesn’t normally sound like this – but I thought that she was great. I may have to check her out when she is healthy because she’ll be even better!

Then it was time for Kris! I love this venue, it is so small and even though I was in the 3rd row I felt like I was practically on stage (I cant only imagine how those in the front felt!) He started his set with Young Love and said he’d be playing mostly new stuff because that is what he is excited about right now but that he’d play the first single off his first album too, but he was making us sit through everything else first and that it often gets yelled out at shows to play it.

I had read an article where he said he’d be doing song covers but wanted to do more female songs because that is less expected. One of the covers that he did was of Haim’s “The Wire” he also worked in some current popular songs for covers like Magic!’s Rude mixed in with Monster (love love loved this!) and did a medley of Sia’s Chandelier and Sam Smith’s Stay With Me during the encore. He also threw in I Want You Back (Jackson 5) with Everybody Just Wants to Dance which worked out perfectly as well.

I’d post show “highlights” but really, every song was a highlight. I can’t really single out anything that was better than the rest! Although, something that probably doesn’t happen every night is that a song ended… but the drums kept going. Oops! Random drum solo time! Kris just started cracking up. At first I didn’t even realize what happened – I thought he was just going into the next song. But then everyone on stage was cracking up so I realized that was not what was happening!

I was also super psyched that they still are doing “End of the Show” as the last song of the encore. The song is hilarious but also a perfect way to end the show.

Afterwards I found the box office and they told me to go in to the restaurant and that Kris would be in when he was ready. There was about 9 or 10 other people in there that had missed the M&G too! He came in and came pretty much right up to me. He addressed the room and apologized that we had all gotten the wrong info. We chatted a bit about remembering names and how he never can (and sometimes forgets Cale’s name haha) and our car accidents and how it affects us mentally and we freak out and think cars are all out to get us now. Glad to know I’m not alone with that. He signed my CD and there was a couple next to me that was nice enough to take my picture with Kris (and in turn I took one of them with Kris). It was a nice chat and I’m glad that it was still a private M&G and not just something rushed at the end of the show. Bummed I missed getting a performance but I guess next time I’ll get to the venue several hours early! 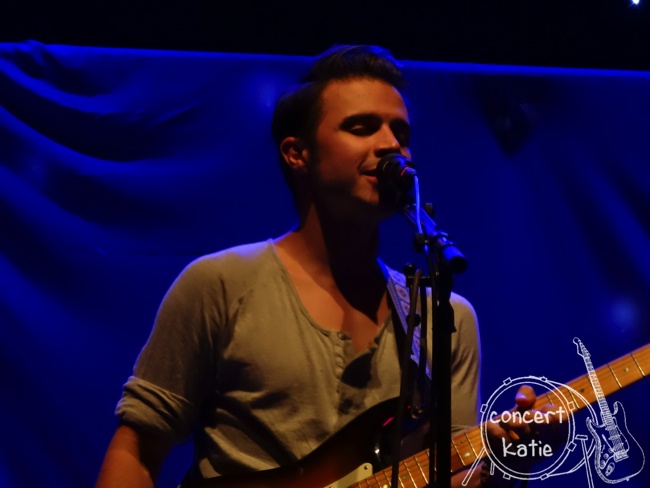 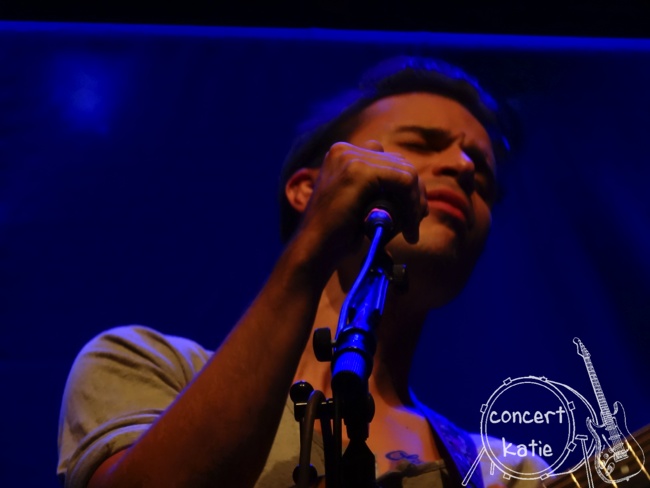 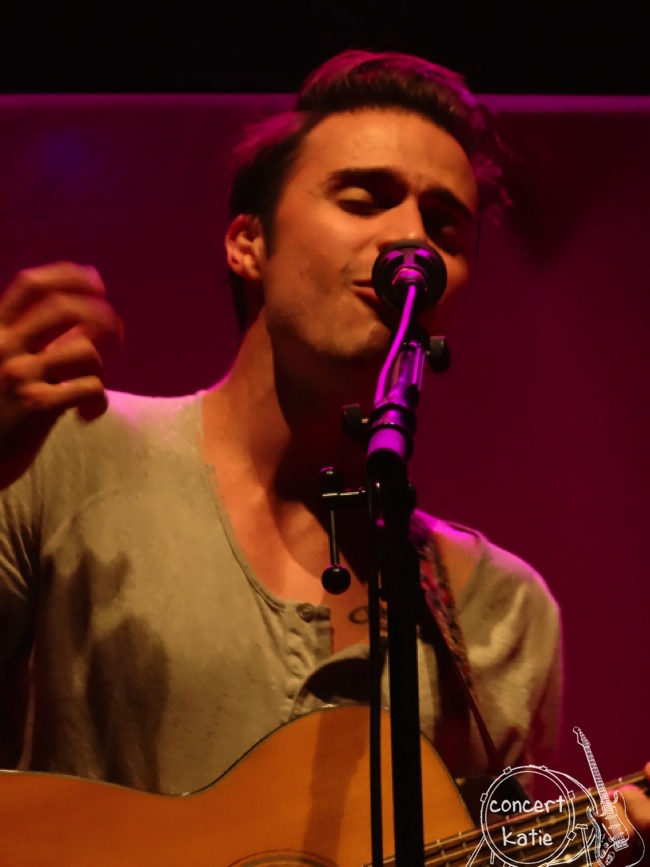 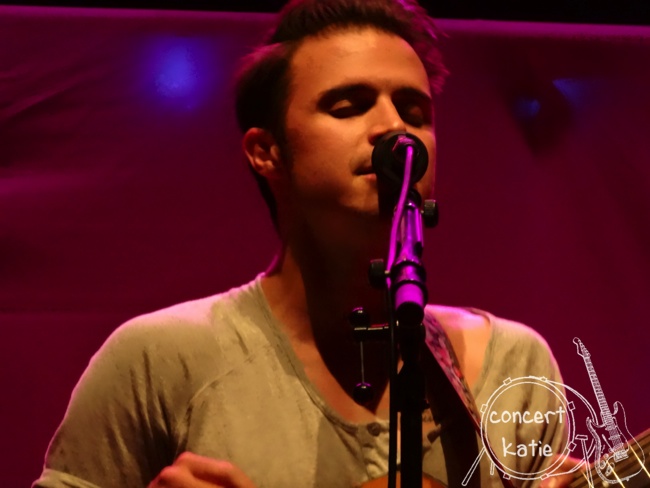 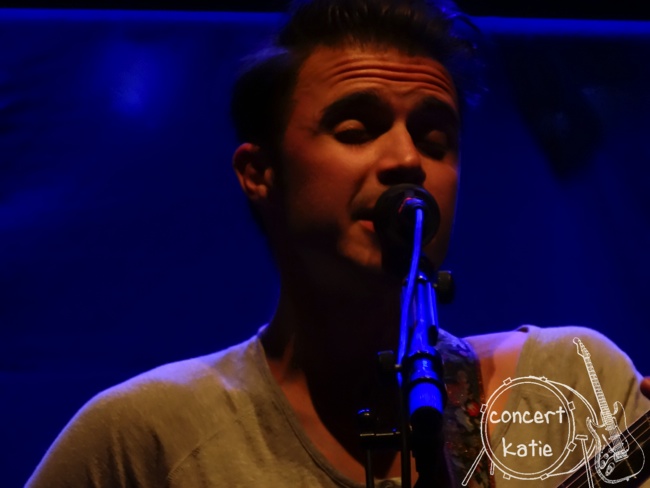 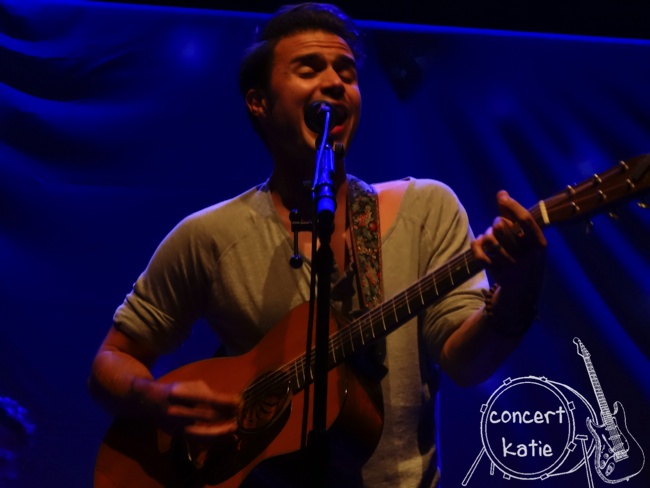 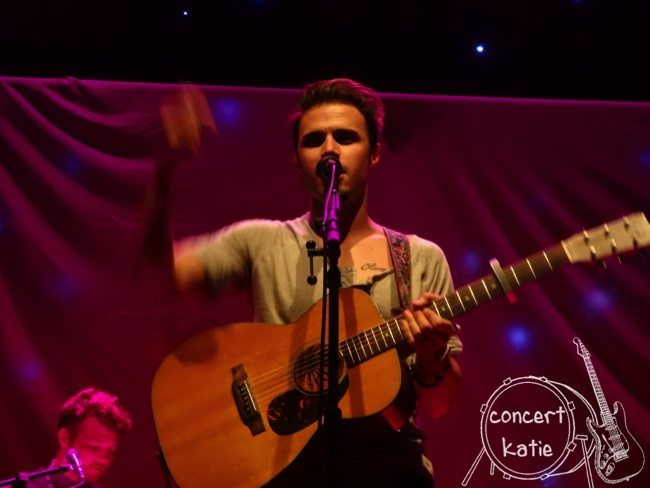 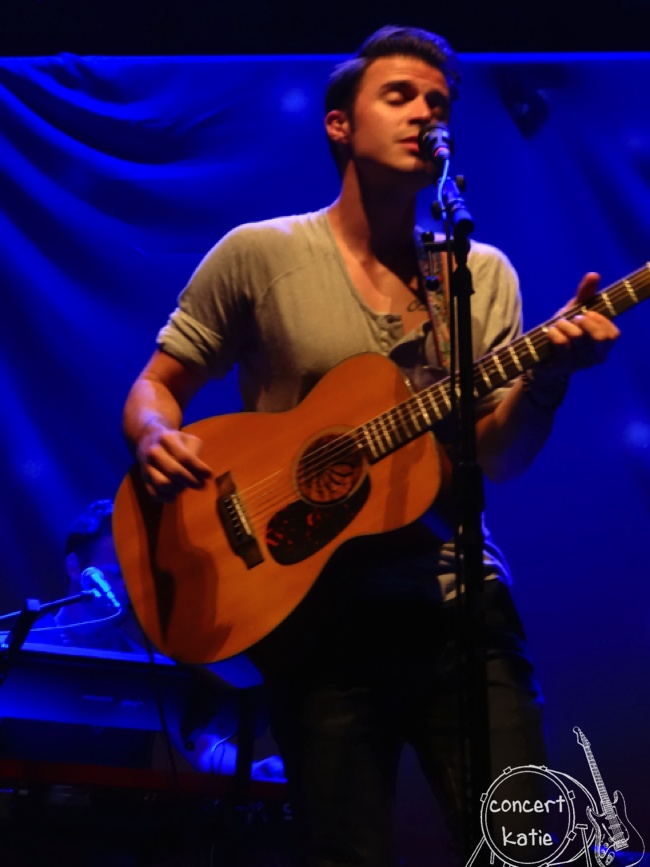 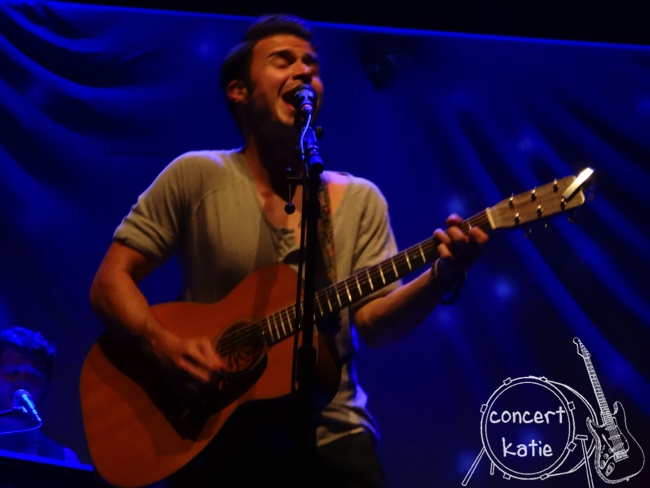 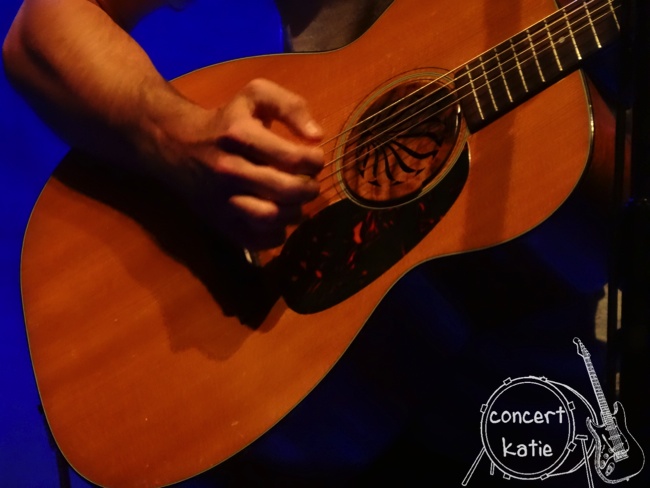 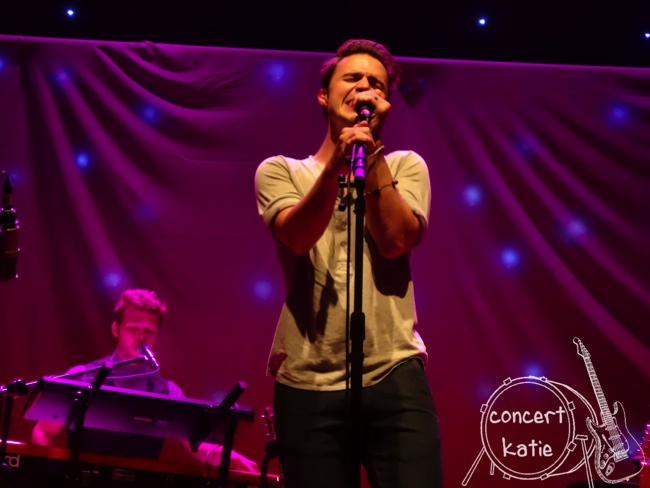 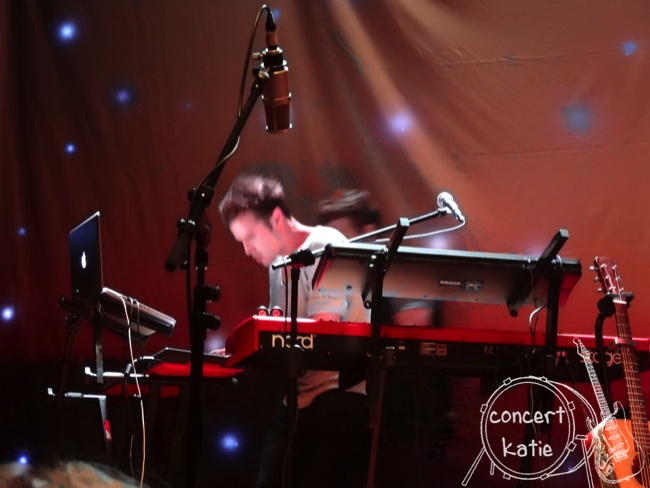 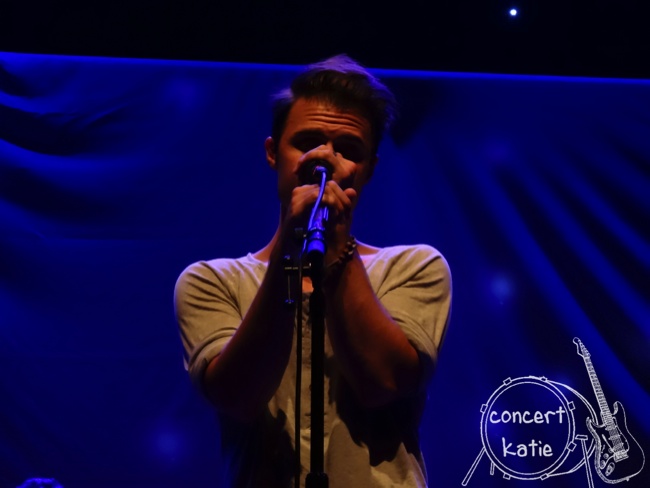 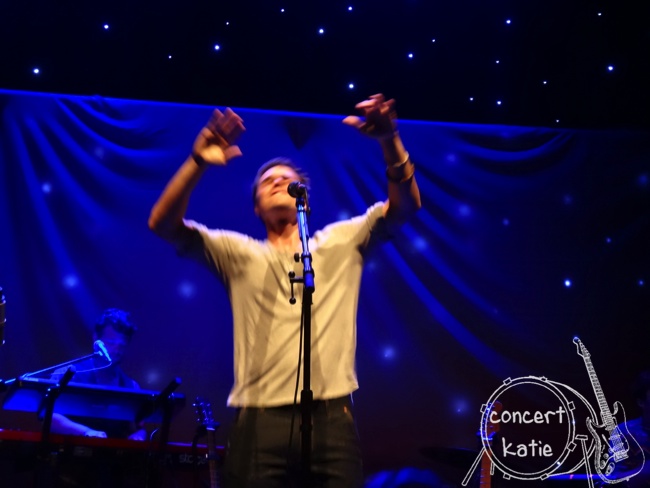 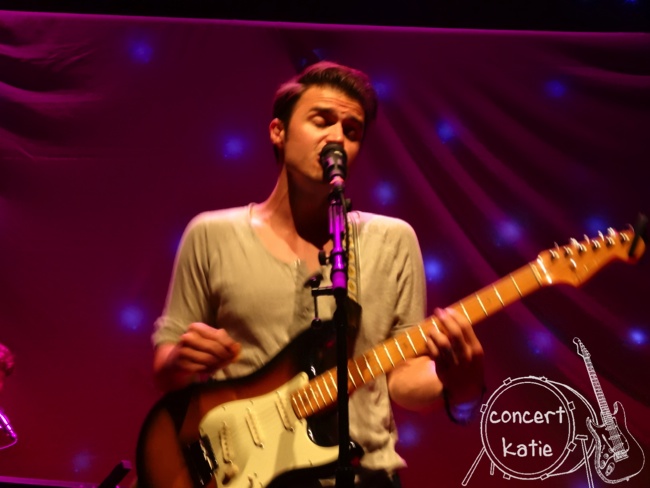