September 1, 2014 by ConcertKatie No Comments 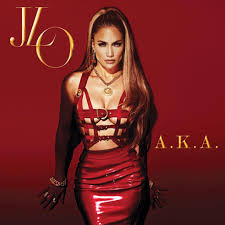 A.K.A
First Love
Never Satisfied
I Luh Ya Papi
Acting Like That
Emotions
So Good
Let It Be Me
Worry No More
Booty
Tens
Troubeaux
Expertease
Same Girl


A.K.A is the latest release from JLo.  She has already released 2 singles off of it – I Luh Ya Papi (really catchy even if it is a weird phrase) and First Love.  And I think that the next single off it is going to be the song Booty – which she said she was not going to put on the album until she played it for her kids and they loved it.  She has a lot of “featuring” on this album and it is a lot of fun for an office dance party for 1.  There is a mix of up beat songs and a few that are more slowed down as well.  Overall this is a really fun album and one that I will be using to keep myself up and awake on long road trips. (I needed a replacement for Pitbull – love him but I’m getting sick of his same stuff – fortunately he is on a couple of JLo songs so he won’t disappear from my playlist completely!)