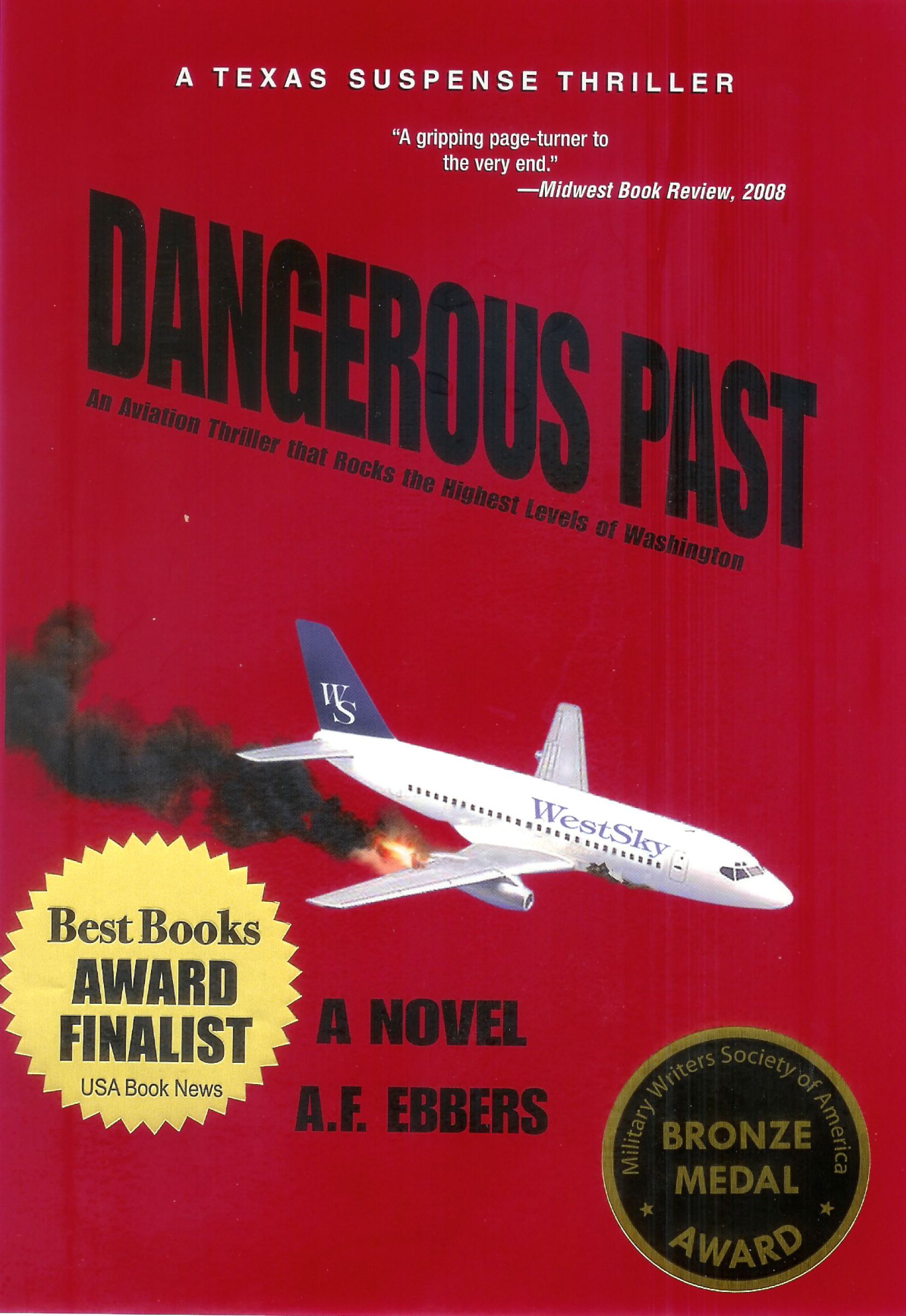 Dangerous Past is about pilot Frank Braden.  The book starts with him flying a flight and the bottom of the plane flying off and him having to make an emergency landing while the plane is also on fire.  He successfully lands the plane and when he gets home his wife informs him that their dog has seemed to run away.  When the FBI begins investigating the incident, they discover that there was a bomb in with the luggage – inside a taxidermy dog in a crate with Frank’s name on it.  This is when Frank realizes that he is being set up, but he isn’t sure by whom.

Several other attempts on Frank’s life are made and at first his wife Nicole isn’t sure if she believes him but eventually he tells her all about his time in Vietnam and she knows he is telling the truth and wants to try and help him.

There is a person from Frank’s past who knows Frank well and knows that if Frank is alive, he will try and bring this person down and is trying to set him up to look like he is suicidal and a bit crazy just to save their own ass.

This book was short, but a real page turner. I couldn’t put the book down, I had to know if Frank would be able to stop whoever was after him or if they would end Frank’s life first. A lot of suspense and quite a thriller. (And I am glad that I waited to read it until AFTER my vacation flight!)

If you like suspenseful thrillers, dangerous past is the book for you!

Senior Airline Captain Frank Braden is being stalked in his home town of Austin, Texas, by unknown assailants who must arrange his death to look like a suicide or an accident before a specific deadline. The assassins almost succeed several times, in the air and on the ground. In fact, Braden’s surgeon wife, Nicole, saves his life twice from ground assailants. Both of them don’t know why people are trying to kill him.

Later, he receives a message warning him not to attend a forthcoming Senate hearing in Washington. If he agrees he will receive a million dollars and his wife’s life. When Braden turns to the FBI and local police for help, they doubt his stories since they have been led to believe he is schizophrenic and suicidal, exactly what his assailants want the authorities to think.

Dangerous Past is a story of a man who must choose between doing what ought to be done or keeping his family alive by allowing a murderous and powerful Washington VIP to escape his past.

A. F. Ebbers, a journalism graduate of Ohio University was a reporter/writer for major newspapers, ad agencies, and in public relations for Cessna Aircraft Company. He also graduated from Army Flight School and flew for the Ohio and Kansas Army National Guards. Later he was called to active duty and served two flying tours in Vietnam. After retirement from the military, he flew for corporations and for regional airlines. A dual rated ATP pilot, he has written for numerous national magazines, Sunday supplements and trade and travel magazines and has written screenplays and short stories. Today he lives with his wife in the Austin, Texas area and, when not writing, enjoys tennis, flying and piano. Dangerous Past is his debut novel.