February 6, 2013 by ConcertKatie No Comments

Recently I’ve been hearing a lot about Unreal Candy, I even recently participated in a campaign promoting that Unreal had teamed up with Target to win $10K.  You probably saw my tweets about it earlier this month.  Obviously, with $10K on the line, I had to pick up some Unreal Candy to a) try b) use to enter the contest! 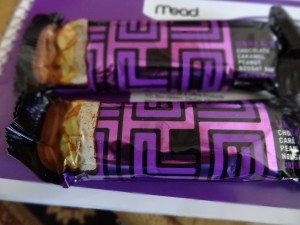 I had 2 types of candy that I bought to try – mainly because those were the only ones I found at my local Target.  The first was the “Chocolate Caramel Peanut Nougat” bar.  Similar to something like a Snickers.  I had to say, I thought this was a bit sweeter than it’s competition and while I liked it, it was almost as if the bar was too big and I could have done without a couple of the bites. (That’s not to say I had any problem finishing it though!) 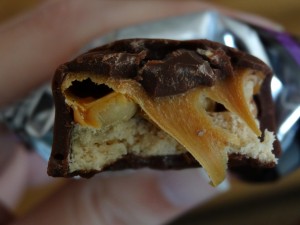 The other candy I tried out was the “Chocolate Candy Shelled Peanuts” which is comparable to peanut M&Ms.  These I actually liked better than the competition and would definitely reach for these over the name brand if given the choice.  There seemed to be the perfect amount of peanuts in the bag and the chocolate to peanut ratio was great as well (unfortunately I didn’t snap any photos before I ate everything.) 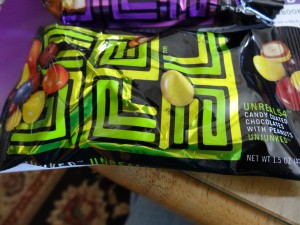 If you head to the website, http://getunreal.com, you can compare all of the candies that Unreal has to offer to their “junkier” comparable name brands that you are probably used to eating.   Unreal believes that candy can be made without the junk.  The junk was not there to make the candy taste better, but to make it cheaper to produce.  I really think they are on to something and it really does taste great and makes you feel a lot better about what you are putting into your body.

Now I’m just hoping I can find some of those peanut butter cups the next time I am in target to try those out.. (my weakness!)

(I was not compensated for this post nor asked to post it.  After participating in the One2One Campaign to promote the contest with Target I purchased the candy and thought that it would be something interesting to share with my readers!)