September 11, 2011 by ConcertKatie No Comments 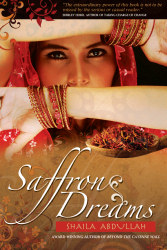 Saffron Dreams byShaila Abdullah is the story of a woman who loses her husband on September 11th in the World Trade Center attacks.  Arissa is Pakistani and her husband Faizan, works at the restaurant at the top of the World Trade Center.  Arissa is pregnant and during her pregnancy finds out that it is possible that the baby may have some disabilities once it is born.  Since this baby is the only thing of her husband’s she has left – terminating the pregnancy is not an option and she delivers a baby boy, Raian, who has developmental disabilities.  Arissa thinks that God gave her a child like Raian so she would spend her time keeping sure he is well and not spend her time focusing on the fact that she is now a widow.

Arissa also finds her husband’s manuscript and decides that since he was so close to completing it, that she will finish it for him as it was his life’s work.  Between Raian and this manuscript, Arissa is kept quite busy.

I really enjoyed reading this book – it was a fairly quick read during Hurricane Irene.  The first sitting I got to the point where she found out that her unborn child may be disabled and I spent the rest of the time while I was not reading hoping that he would end up born ok.  I soon realized that this was not going to be the case when I picked the book up again, but Arissa did a wonderful job with taking care of all of Raian’s needs as well as working and balancing everything that comes with being a single mother.  I also liked how September 11th was worked in and it showed some of the struggles Arissa had to deal with being Pakistani and having everyone say it was “her people” who did this – when she was suffering with everyone else and that the people who did these terrible things were not her people.

From the darkest hour of American history emerges a mesmerizing tale of tender love, a life interrupted, and faith recovered. Arissa Illahi, a Muslim artist and writer, discovers in a single moment that no matter how carefully you map your life, it is life itself that chooses your destiny. After her husband’s death in the collapse of the World Trade Center, the discovery of his manuscript marks Arissa’s reconnection to life. Her unborn son and the unfinished novel fuse in her mind into one life-defining project that becomes, at once, the struggle for her emotional survival and the redemption of her race. 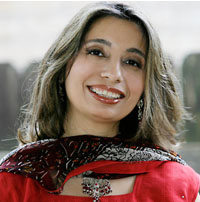 Noted as “Word Artist” by critics, Shaila Abdullah is an award-winning author and designer based in Austin, Texas. Her creative work focuses on the strengths and weaknesses of Pakistani women and their often unconventional choices in life.

Find out more at http://www.shailaabdullah.com/

I received a free copy of this book from Loving Healing Press in return for writing a review.  I was not asked to write a positive review and all opinions are mine.