September 20, 2011 by ConcertKatie No Comments 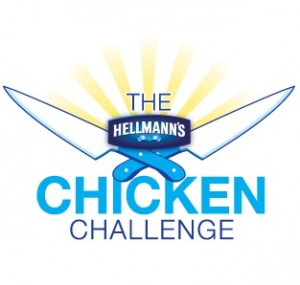 I received the information in this post from One2One Network. I did not receive compensation from this post but I am entered to win a gift card for posting. 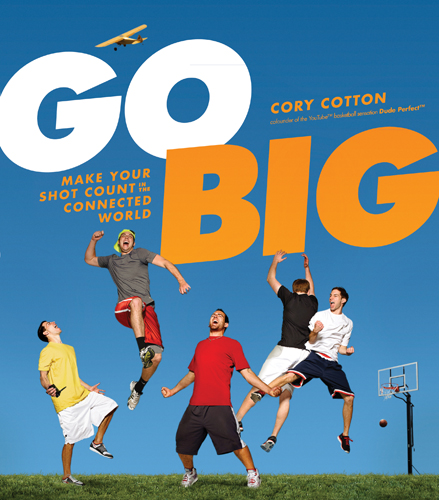 Cory Cotton is 1/5 of the group “Dude Perfect”.  If you spend a lot of time on YouTube, you may know Dude Perfect as the group of guys who do trick basketball shots as they have had several viral videos over the past couple of years.  Go Big is the groups mantra and the book not only tells you about the story of Dude Perfect and how they became successful but it also tells you how to make your shot count in the connected world and how to use what they have learned as they went along to apply to any of your dreams and visions to help make them come true.

The book is broken up in to 5 sections which are the give principles Dude Perfect uses – Get Excited, Own It, Blink Later, Inspire Others and Give Back.  Get Excited about what you do. Fully embrace your vision – Own It!  Your window of opportunity may often be too short to blink. Blink later.  To keep lasting momentum, Inspire Others.  Shift your perspective from inward to outward – Give Back.

I had not known much about the group, although I am sure I must have seen one of their videos online at some part or another.  It was very interesting how they came up with their crazy ideas for trick shots and what they did in order to make it happen.  After being given courtside seats to the Kings, they met the mayor and were able to arrange doing trick shots at the capitol building!  As they gained popularity they even had a crew and were able to do shots out of airplanes and through moving trains! These guys sure do Go Big.

I think that it will be hard for you to read this book and NOT be motivated to come up with some kind of plan to make your dreams come true.  Whether or not you will then follow through with them is up to you – but I think the dudes would prefer it if you did GO BIG!

Listed by Advertising Age as one of YouTube’s hottest brands, Dude Perfect has used its crazy basketball shots to reach and inspire hundreds of millions with a contagious Go Big philosophy. By leveraging the connected world, the Dude Perfect guys’ dream became a reality, and now, they want the same for you.  Written by one of the dudes himself, Go Big tells their story and unveils their secret: give practical principles for taking your passions, skills, and dreams to the next level. Are you ready to GO BIG?

Cory Cotton, a graduate of Texas A&M University, is one of the founders of the five-man trick basketball team known as Dude Perfect.  Since its appearance two years ago, Dude Perfect has garnered more than 47 million views of its online content and has been labeled as one of YouTube’s Top 10 most in-demand brands.

An experienced writer and speaker, Cory has been privileged to speak live in front of millions on several television shows, including Fox’s Studio B and CBS’s The Early Show. Alongside his brother, Coby, he performed and spoke in front of the 13,000 attendees of the Catalyst Conference, one of the world’s largest leadership events.  Cory is involved in promoting several charities, including Compassion International and Visiting Orphans.

5% of Author’s Proceeds will go to charity:water, a nonprofit organization bringing clean, safe water to people in developing nations.

I received a free copy of this book from Tyndale in order to write this review. I was not asked to write a favorable review and all thoughts and opinions are 100% mine.