September 13, 2011 by ConcertKatie No Comments 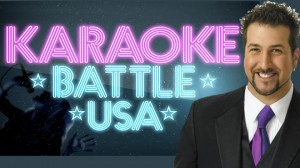 After the taping in July, I had mentioned that  I would give more detail once our episode aired.  The NYC episode aired on September 2nd – while I was away, so sorry for the delay with getting this posted! (And I am sorry that I didnt start writing this earlier so that I could remember more details! Oops!)

We went to the 4th and final taping, which was the end of the episode.   When they were playing the intro music, Joey said it sounded like “Born This Way”, which I had forgotten that he said until I was watching the episode back and heard the music.  I guess I was not being very observant the past few weeks when I had watched!

We got to see the final 2 guys and girls be chosen and sing their final song.  This made up of the majority of the episode.  I expect the other filming sessions had to sit through *everyone* performing, even though just clips ended up being shown, so I guess we chose the correct filming to be at, even though it was a really, really long taping…

First up was the guys, Joey did his “the votes have been verified” mumbo jumbo and then we waited what had to have been like 10 minutes for them to get reaction shots of all the front-runners.  Everyone had to sit there serious and anxious.  And then Corey Johnson was announced.  Then we did it all over again for the second person and Creigh Riepe was announced.  I think it was during this round (or maybe it was the one later) when they had to do Creigh’s chatting with Joey twice. The poor kid had to act all excited and shocked twice in a row! (Although he probably was still shocked and he did a great job both times)

Then it was time to announce the girls and get reaction shots of all of them… Brandi Thompson and Shantel Norman were announced.  The woman behind us was chanting quietly “Shantel, Shantel, Shantel” and went NUTS when her name was called.

We got to see all 4 finalists sing their final songs.  We had hoped that it would be Creigh and Shantel that were chosen, and they were.  We may be a bit biased – but that is who we will be rooting for throughout the competition!

(Edit): The above was written before the most recent episode aired.  We now have our top 8 down to our top 4!  Unfortunately Creigh did not make it (if WE voted, he would have, no doubt!) but Shantel did!  Here’s hoping she makes it to be the Karaoke Queen 🙂