October 19, 2016 by ConcertKatie No Comments

Friday night Dalton brought his Inspired Attempt tour to the Acoustic in Bridgeport.  I had purchased a pre-show “Eat and Greet” and a post-show “Meet and Greet” because I couldn’t decide what to get.  This ended up being a VERY early show and I had to get to the venue for the eat and greet at 3:15! I was back in my car after the post show meet and greet by 8pm and the venue had another show with doors opening at 9pm after.

For the Eat and Greet, when we got inside Dalton was on stage doing soundcheck and we got to hear a couple of songs.  Then he came off stage and came and sat right by me and then everyone crowded around and we asked him questions and he told us some stories about touring and Idol and stuff.  One of the fans brought him a Star Wars Play Doh set so he played with that a bit too.  Once the Fairfield School of Rock took the stage to soundcheck things got a bit loud so he had us do photos and then it was pretty much time for doors to open.

Opening the show was Sarah Barrios who is from CT and I have seen open at several other shows.  She’s always and treat and I actually took the time to talk to her a bit after the show.  Next up was the Fairfield School of Rock and they were awesome! I was not expecting that since they were all so young but I was very pleasantly surprised.

Then it was time for Dalton to take the stage! He did a mix of original songs and a few covers mixed in as well and while I’m not that familiar with any of his originals I really enjoyed all of them.  He puts on a really great show and really has a lot of energy. Like, a lot.   He had mentioned during the eat and greet that they had to cut a song from the set due to the venue forcing them out so early!

After the show I got to talk to him a bit about how I enjoyed the set and he said that they had a lot of technical difficulties and I said it was fine, he still did a great job.  Technical difficulties are always going to happen and its how you overcome them that matters and he cracked a joke about how he couldn’t play guitar and continued on.  When people seemed bummed he wasn’t going to play guitar he said “I have a great band, they can handle it” and they did!

One of the reasons that I went all out was that I wasn’t sure he would be coming back to CT but I really hope he does – and if not, well I may just have to travel. 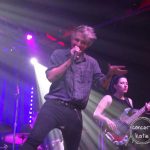 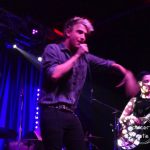 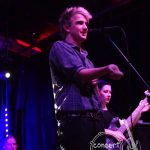 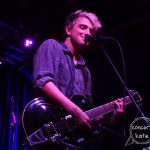 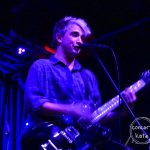 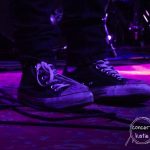 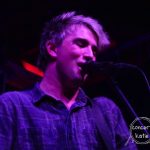 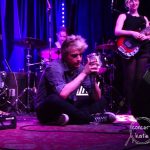