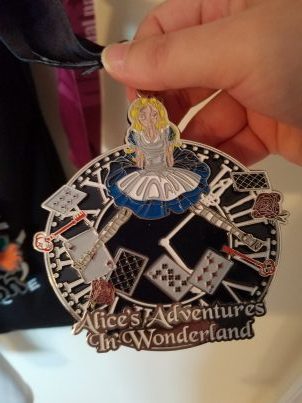 This was not my first race, but the first one I decided to write about. It took me 19 days to complete my 22.4 miles and I was tracking it using my Jawbone Up, so it was calculated from every step I took every day. With Make Yes Happen you can choose which device to use to track your miles or enter them manually.  So I could have just done extra walking that I tracked with Run Keeper or just put in manual miles based on time on the treadmill. (Some MYH races also allow you to add biked miles, but I don’t think that this was one of them.)

The cool thing about Make Yes Happen is that they give you images along your way so this race was through Oxford and around the Thames River thanks to Google Map views.  There were also mile markers every 3.5 or so miles which gave you some information about some of the characters from the Alice in Wonderland story – I believe the 6 of them will end up being the 6 characters in the Alice’s Adventure Series.  White Rabbit and the Cheshire Cat have been released already, with more to come in the upcoming months.  I am not signed up for them yet, but hope to be soon!