Book Review: Fork on the Left, Knife in the Back 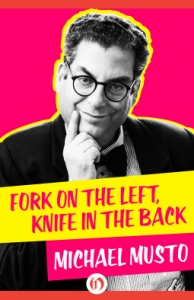 If you are like me an into celeb gossip then you probably know who Michael Musto is. For on the Left, Knife in the Back is his 4th book and it is a compilation of some of his columns as well as some original essays as well.  I just love Michael’s humor and writing style – it is quick to read and easy to follow.  Some of the columns are interviews with people like Paris Hilton or Sarah Silverman.  One of his essays (and the one that stuck out to me the most, I’m not sure why!) is about a trip to the Hamptons on a Jitney and the people that he interacted with and observed on the trip.  And of course the book is full of tons of talk about celebs – which is probably the best part.

If you’re a Musto fan or pop culture fan or just are looking for something funny to read this summer – look no further than Fork on the Left, Knife in the Back 🙂

For over a quarter of a century, Michael Musto entertained the country with his column “La Dolce Musto” in the Village Voice; fabulous, funny, and flippant, this collection is an insider’s guide to the glittering highs and desperate lows of New York City’s more colorful residents

Hailed by the New York Times as “the city’s most punny, raunchy, and self-referential gossip columnist,” Michael Musto doled out wit and wisdom in his weekly Village Voice column for twenty-nine years. This waggish and wise book contains highlights from his published pieces as well as several original essays.

With his trademark slashing humor, Musto weighs in on everything from celebrities in need of counseling to cheap thrill–seeking and why weirdos are his heroes. No one is spared, including the self-proclaimed “King of Gossip” himself. His interviews and profiles of Paris Hilton, Sandra Bernhard, Crispin Glover, Kiki and Herb, Sarah Silverman, and other fringe celebrities are priceless, made all the more vivid by Musto’s extraordinary access. Catty, titillating, and endlessly enthralling, Fork on the Left, Knife in the Back is a feast for the senses—a must-have book for Musto devotees and fans of popular culture.

This ebook features an introduction by the author.

Book Review: People I Want to Punch in the Throat 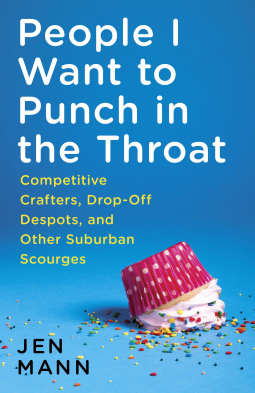 People I Want To Punch in the Throat is a book by blogger Jen Mann.  I’m not even sure what I was expecting with this book – but whatever it was, this was not what I was expecting – but I enjoyed it just the same.  Jen tells about how she met her now husband, Ebenezer, on AOL back in the old chat room days. (I don’t make fun, most of my friends are from AOL chatrooms and newsgroups and I love them as much, if not more, than the friends I made in more traditional ways.)  She also has 2 kids – Gomer and Adolpha.  I like that she picked really ridiculous aliases for her kids but still gets asked if that is really what she named her kids.

I’m not a Mom and I’ve never really had to deal with Moms (except for at concerts – and let me tell you they are THE. WORST. there.  Worse than their kids, trying to live vicariously through them, or something) but now after reading this book I am hoping if I ever do have to deal with them – that I don’t get stuck with the ones that are in Jen’s community.  Yikes!

I also must applaud Jen for not doing her children’s homework, even though it seems that this is what all of the other parents are doing.  I have noticed a trend lately of people unable to do their jobs.  I have decided that this is because kids who never had to do anything for themselves are now out in the working world – and now have no idea how to function. THESE are some of the people *I* want to punch in the throat.

Overall, a fun read and I think if you are a parent with cliquey groups at your children’s schools you will enjoy the book even more than I did.

A debut collection of witty, biting essays laced with a surprising warmth, from Jen Mann, the writer behind the popular blog People I Want to Punch in the Throat

People I want to punch in the throat:
• anyone who feels the need to bling her washer and dryer
• humblebraggers
• people who treat their pets like children

Jen Mann doesn’t have a filter, which sometimes gets her in trouble with her neighbors, her fellow PTA moms, and that one woman who tried to sell her sex toys at a home shopping party. Known for her hilariously acerbic observations on her blog, People I Want to Punch in the Throat, Mann now brings her sharp wit to bear on suburban life, marriage, and motherhood in this laugh-out-loud collection of essays. From the politics of joining a play group, to the thrill of mothers’ night out at the gun range, to the rewards of your most meaningful relationship (the one you have with your cleaning lady), nothing is sacred or off-limits. So the next time you find yourself wearing fuzzy bunny pajamas in the school carpool line or accidentally stuck at a co-worker’s swingers party, just think, What would Jen Mann do? Or better yet, buy her book. 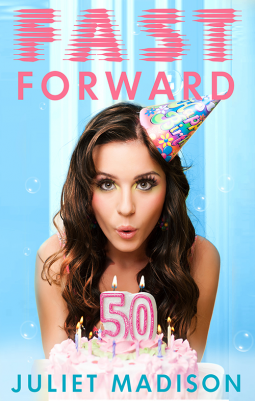 Fast Forward is about an aspiring model, Kelli.  The story starts on the eve of her 25th birthday.  Her friend thinks that her boyfriend is going to propose and it seems like her life is perfect.  That is until she goes to sleep and wakes up and is FIFTY!  Somehow she fast forwards 25 years to her 50th birthday instead of her 25th.  She is so confused, she has no idea where she is, why she is married to the high school nerd or how to work all of the new technology that has come along. She is surprised to find out that she has a son, Ryan, after she had said she was never going to have kids and later finds out she also has a daughter, Diora, and she is about to be a grandmother!

Spending just one day in her future, she realizes that everything she is striving for at 25 is not what will truly make her happy and she realizes that the life she has at 50 is what she really wants.  But, how can she get back to herself at 25 and fix things? Or will she be stuck in the future forever with no memory of the past 25 years?

This was a super cute book and a fast read. I really enjoyed it because I liked how much Kelli matured and realized what was really important to her in just one day. So much so even her friends realized it. With a big birthday of my own having just passed, it definitely makes me think. Am I on the right path to what I will want in the future? How should I change what I’m doing to make sure I’m doing what is truly making me happy, regardless of what others may think?

Aspiring supermodel, Kelli Crawford seems destined to marry her hotshot boyfriend, but on her twenty-fifth birthday she wakes in the future as a fifty-year-old suburban housewife married to the now middle-aged high school nerd.
Trapped in the opposite life of the one she wanted, Kelli is forced to re-evaluate her life and discover what is really important to her. Will she overcome the hilarious and heartbreaking challenges presented to her and get back to the body of her younger self? Or will she be stuck in the nightmare of hot flushes, demanding children, raunchy advances from her husband and hideous support underwear forever? 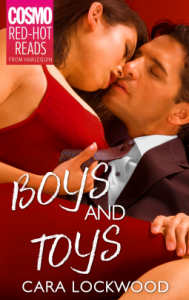 Boys And Toys is a Cosmo Red Hot Read.  This was a nice change of pace from some of the other books I’ve read lately as it actually had more of a storyline.  The story begins with Liv, who is a sex toy party hostess, doing her first bachelor party.  Things seem to be going well, she is making a lot of sales, until a late party goer shows up.  Who happens to be Porter Benjamin – who works for her father!  Liv’s parents are incredibly strict and would probably disown her if they found out what her job was (especially when she has been lying to them about having a different job in marketing!) so this could turn out very bad for Liv.  Porter ends up asking for his own private party and Liv isn’t sure what to do.  If she doesn’t go, will he tell her father?

She decides to go… and the next day Liv is late for a family get-together.  At least she thought it was just family – until Porter and some of her father’s other coworkers and partners show up! The two try to play cool – but that of course fails miserably.  Later, Liv’s parents try to set her up with a nerdy nephew of a neighbor – and while the dinner is going on – who shows up but Porter.  Liv ends up freaking out on her parents and yelling that she IS NOT SINGLE! and spills the beans that she is seeing Porter.  Her family is upset.  She also decides to come clean about her job with them as well. Especially since she was just offered a great promotion in the company – doing marketing work which is what she was.. in the market for.

As I mentioned, this had a really good storyline in addition to being a “red hot read” and I certainly enjoyed it. It came in at just under 100 pages and took just over an hour to read!

Every girl has a goody drawer.

So far, Liv’s doing a bang-up job of keeping her two worlds separate…until Porter Benjamin shows up at her party. Tall and too-tasty-to-resist Porter, who works for her father. Porter, who wants Liv to host a party just for him.

And oh, she’s tempted. But getting involved with Porter means mixing those two worlds that Liv desperately needs to keep separate. And now Liv’s Naughty Toybox is starting to look a lot like Pandora’s box….