August 4, 2014 by ConcertKatie No Comments 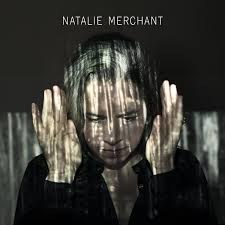 
Natalie Merchant was one of my favorites when I was kid (I’m talking pre-Hanson) when she came out with her song “Wonder” and the album Tigerlily.  I ended up selling  that album to buy my first Hanson concert ticket and the rest was history. (Although I did just re-buy it on iTunes when I purchased this new album so all is right in the world again)  Natalie’s self titled CD was released in early May.  This was her first CD of new music in 13 years – but for me it is the first new music I have heard from her in 19.  The CD was pretty much everything I was expecting to hear from Natalie, everything that I had remembered loving.  I strongly prefer the second half of the album to the first, with my favorite song probably being Black Sheep.

Natalie was here in CT recently on tour – and I am so bummed that I missed out on it.  By the time I figured out she was coming and decided I wanted to go – it was sold out! She was playing one of my favorite venues, The Ridgefield Playhouse.  At the end of July she postponed the remainder of her tour due to Illness.