The Sing Off Tour – Live at Mohegan Sun Wolf Den

March 9, 2014 by ConcertKatie No Comments

Saturday night The Sing Off Tour made its way to the Wolf’s Den at Mohegan Sun. I wasn’t sure what to expect or how popular it would be – but was glad to have won reserved seats from Kiss 95.7 so I didn’t have to wait in whatever line I might be faced with upon arriving.  And I guess that was a good thing – since upon arriving my usual parking garage was completely FULL.  I had to back track to get in to the other lot where I typically never park (and then make sure to remember I had parked there.)  Turns out I should have paid more attention to the Women’s Basketball Tournament that was going on in the arena – UCONN was playing.

I managed to find a relatively close spot, made my way inside and then got stepped on by some lady and I couldn’t catch my balance and totally fell over.  Fortunately the lady and her friend helped me up but I was worried that was going to set the tone for the whole evening. And it kind of did.  I headed over to Bobby Flay’s – I was dying to have a burger and milkshake before the show – but the line was absolutely ridiculous! So I ended up going to Krispy Kreme which had no line (which is rare, usually that is the place with the ridiculous line!) and tried their new coffee donut. (I’ll post a review on that eventually!)  Then I just took a seat and watched people file in for The Sing Off in the Wolf’s Den.

If you haven’t read my posts before or know what The Wolf’s Den is – it is a very small venue in the middle of the casino that is first come, first serve (unless you somehow manage to win reserved seats) so the line starts early and is often longer than capacity.  I knew that this line was too long – it was the longest I had EVER seen.  When I heard them say seating was full, I snuck up to the front and got in and to my seat.  Everyone else was waiting on the off chance that someone who had a reserved seat didn’t end up showing up.  A lot of the seats inside were reserved – much more than I had ever seen before. But it filled in nicely by the time the show started.

The show started with all 3 groups – The Filharmonic, Voice Play and Home Free coming out in Letterman jackets to sing a fun. medley including Some Nights, We Are Young and Carry On.  I tried to keep track of a setlist as best I could, and I can’t seem to find one online to compare it to so you’ll have to excuse any mistakes and that will be at the end of this post.  (There were several medleys and it was sometimes hard to keep track of all of them!)

Up first was The Filharmonic who did a set of 5 songs – including *NSYNC’s It’s Gonna Be Me.  Most of the songs done were from the show.  I felt like the audience was half dead during The Filharmonic’s set and I was very concerned that this was going to continue on for the whole show – but it seemed like by the time Home Free hit the stage everyone had woken up, or maybe everyone came from Home Free and didn’t care about the other two acts. (I was the opposite and was not a fan of Home Free going in to the night, even though they won.)

Next up was Voice Play – they had Imani from the group Ten performing with them as well – they did a couple songs with Imani and then let her take a break while they took us on a roadtrip.  They all got in to their car and then let the music tell the story of their roadtrip. (I know I didn’t catch all the songs they did during this – but I was a little bit too preoccupied with laughing to keep track of everything.  Then they did another medley which was basically made up of I guess you could say non-words in songs? Na Na Nas and stuff like that – including MMMBop!  They ended their set with one more song joined by Imani – Play That Funky Music.

Then we got to see a battle round between The Filharmonic and Voice Play.  They said “We need a Nick Lachey!” and everyone gasped – I had thought maybe he’d show up since he is in NYC doing his new show – but no such luck!  Tim from Home Free came out to introduce the round and do his best Nick impression – complete with… hair flips?  The two battled it out to *NSYNC’s “Bye Bye Bye”

Then all of the percussionists from each of the groups came out and did a bit of a beat box battle – which was really neat to see.

Then it was time for the winners of the season – Home Free – to take the stage.  They got a bit longer set than the other two acts, of course.  On the show I was not a fan of Home Free at all.  However, they had me laughing so hard throughout their set and put on such a show – they have completely changed my mind.  They did 3 songs before doing a battle round with Voice Play of Destiny’s Child “Survivor” – Voice Play did the song as Zombies and Home Free did the song as Hillbillies.  Then it was time for Home Free’s Guilty Pleasure medley – this was what was hilarious and each guy got to pick their guilty pleasure song (which turned out to be a bad pop song  – which was probably why I liked it so much) and the other guys had to learn it – NO MATTER WHAT.  The songs were: Justin Bieber’s Baby (where Tim teased the choreography should be changed to touching your nose like a sobriety test), Carly Rae Jepsen’s Call Me Maybe, Rebecca Black’s Friday, LMFAO’s Party Rock Anthem and finally, Psy’s Gangnam Style.  (I really wish I could better put in to words how hilarious this part of the show was – but I’m not even going to try you are just going to have to check out the show to see for yourself)

They finished their set and then The Filharmonics came out to do a battle round with Home Free of “I’m All Right” complete with gopher! (If you watched the show – you know what I am talking about!)

The finale of the show was all 3 groups taking the stage once again for Don’t Stop The Music / Wanna Be Starting Something and they had us sing the “Mamma-say mama-sah ma-ma-coo-sah” in 3 part harmony. (And I’m pretty sure I heard someone singing “Imma say it one more time im not gon stop” nearby… and it wasn’t me…)

The show was a lot more fun than I had anticipated and while there were a couple times that I was tempted to turn around and go back home after arriving at the casino, I was very glad that I stuck it out! 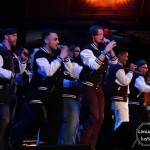 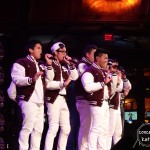 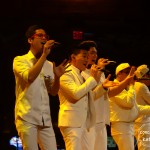 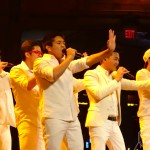 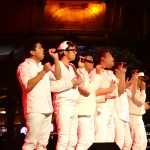 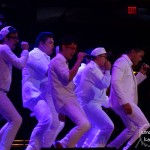 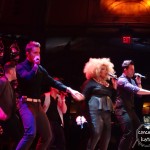 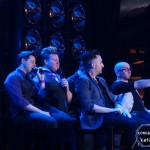 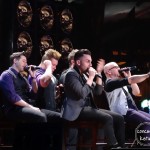 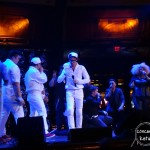 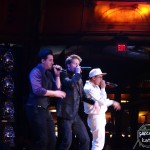 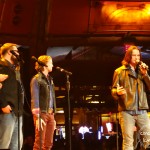 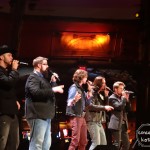 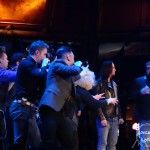 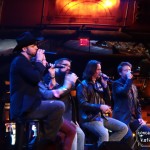 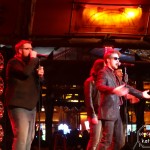 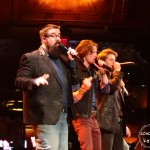 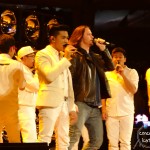 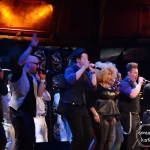 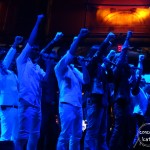 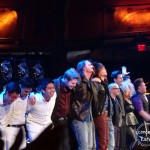