Sunday night Demi Lovato brought her Neon Lights tour to the Oakdale Theatre in Wallingford, CT for the second night in a row. I had a bit of a falling out with Demi, so to speak, so I was moreso going to this tour to see the opening acts – from The XFactor – Fifth Harmony and British Girl Group – Little Mix.  I was also pretty excited to see that Collins Key from this past season of America’s Got Talent would be on the tour as well.

When I got to my seat there was already a DJ on the stage – Cole Plante – who was spinning all the typical songs. (Although I swear he played Katy Perry’s Dark Horse at least 5 times throughout the night).  Around 7, Collins came out and had on a black t-shirt under his jacket and said he had the wrong shirt on, turned around and ended up doing some sort of quick change into a Demi t-shirt.  His catch phrase now seems to be “NO WAAY!” Which I thought was a little bit juvenile (although I guess the crowd was a bit younger than me) and the fact that he kept asking us to say it – rather than amazing us to the point that we wanted to say it on our own got to be a little obnoxious.   He came back out during each of the breaks to do more magic with volunteers from the audience. Most of it was what he had already done on AGT.

Next up was Fifth Harmony – they were good and had a lot of crowd interaction, but I must be old because I thought their outfits were a bit much. Or rather, not much… clothing. At one point, Normani ran off stage. I thought something might have been going on with her top. Based on the tweets after the show – it seemed like I was right and her shirt was falling off so she ran off to get it fixed.

Little Mix was the next act and they were the ones I was most interested in seeing and they did not disappoint. They had 4 dancers with them as well as themselves and had a lot of great energy and even did 1 song entirely a cappella.

Then it was time for Demi! One thing I didn’t like though was how long the wait was after Collins left the stage (at about 845) and Demi taking the stage (close to 930).  If the stage was being set up between acts while Collins was distracting us – why did we have to sit around so much longer? (Although at that point I was pretty over Collins Key so I wouldn’t have wanted to see more of him)

Demi started her set out with Heart Attack. I had been counting songs because I knew that if Nick Jonas was going to come out to sing with her (like he did the 2 nights previous) he’d be coming out around song 6. But then she completely jumped from what I thought was the setlist over about 4 songs.  In addition to Nick not being there, Demi was sick so she cut the setlist down a bit. I was a bit disappointed with the shorter set – but if she was going to lose her voice and sing like crap for those extra songs – it was probably better that she did what she needed to do and cut out some of the songs.

The main set was 12 songs, with a 2 song encore.  For the last song of the main set – Neon Lights – we had been instructed to download her app. It is from Mobile Roadie, who also does the Hanson app. Fortunately my phone had enough space to install it (it’s been picky about those types of things lately!) and I figured I’d see what happens with it and how it is “interactive” during the show. It has what is called “Wham City Lights” and if you point the phone to the stage, it changes color and then when Demi gets to the chorus it gets the flash on the camera to blink along with the song. It was really neat and I’m glad I downloaded to check it out and see how it worked! 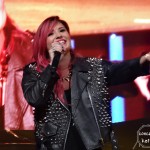 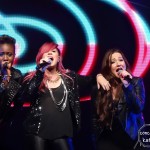 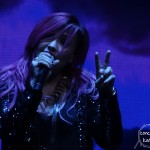 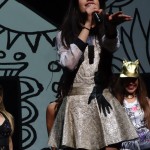 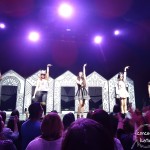 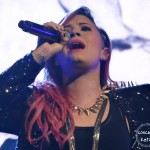 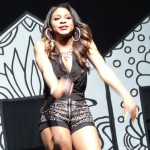 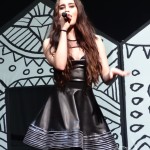 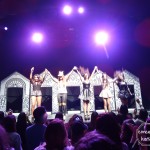 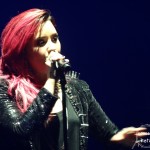 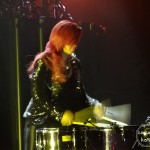 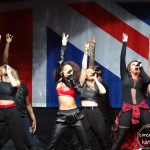 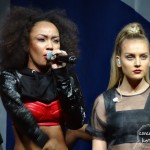 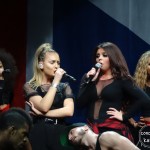 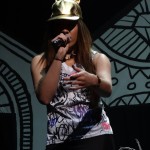 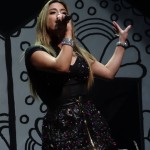 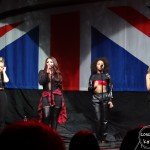 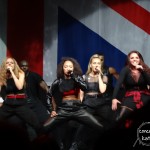 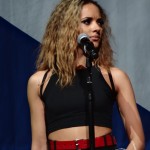 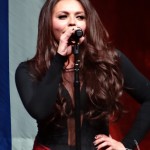 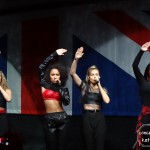 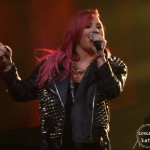 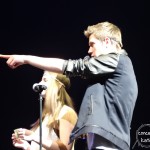 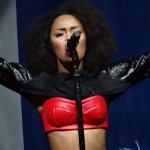 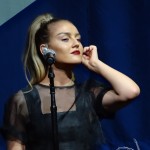 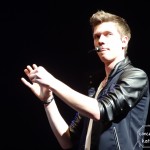 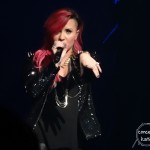 Encore
Skyscraper
Give Your Heart a Break