Book Review: And Then Run

December 29, 2013 by ConcertKatie No Comments 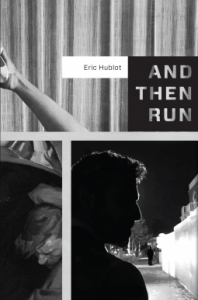 I’m really not sure what I thought about this book.  Because it was 400+ pages it took me a while to sit down and start it.  Once it did start, it kept my attention but only because I wanted to see how everything was going to fit together. Chapters alternated from 15 years ago (or so.. as the book went on it became 14, 12 etc.) to present day, so it basically had 2 storylines going and I very much so wanted to see how the two would connect but I don’t know that they ever did.  Part of the reason I chose to read this book was because one of the snippet reviews said it was like Dexter.  I guess, in a way I can see how one could come to that conclusion (the main character kills people who try to mug him.  Except a lot of the time he goes off looking for someone to mug him by waving wads of money around) but Dexter doesn’t go looking for trouble he just kills guys who are already bad. (I guess it could also be argued that these muggers have most likely already mugged someone else.)  There wasn’t too much killing in it, but there was a lot of sex and threesomes.  I guess it was to try and get you into Jerome’s headspace. But as the book went on things made less and less sense to me.  I had a few ideas of how I thought the book was going to end (since the ending is “unforgettable”) and knew if that was how it ended I’d be mad.  Except I think that the way it ended left me even more mad because it just seemed to be so abrupt and left so much confusion for me. I did enjoy Eric’s writing style but not so much the content, although it did manage to keep me reading until the end.

Eric Hublot’s sociopathically pornographic, bizarrely philosophical debut novel follows the life of anti-hero Jerome Esterson. Jerome has everything – looks, money, women, friends. And yet, he seems to be fighting a losing battle with reality.

From the story’s reckless opening to its unforgettable conclusion, And Then Run’s net of desire, psychosis, and philosophy keeps readers unwillingly identifying with Jerome s psycopathic tendencies, and wondering about the boundaries of their own personal realities.