September 24, 2012 by ConcertKatie No Comments 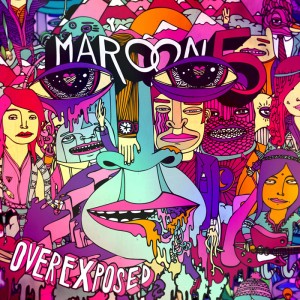 
Me actually getting this album was a long time coming.  After seeing the band live at Foxwoods Casino in May, I decided  I was 100% going to do a pre-order package.  I ended up going for one that was nearly $90 which included postcards and Songs About Jane’s 10th anniversary edition. (Crazy that I have been a Maroon 5 fan for nearly 10 years now – I was first introduced to them in November 2002 when they opened for John Mayer)

It was supposed to come on or before the release date – so I was hoping I’d have it around the time I went to see them perform Live on Letterman.  Unfortunately there was some sort of back order with pieces of the preorder so they were delaying the shipping.   I didnt like this at all.  I pre-ordered to gte it on or before the release date – how were items on back order? You would think at least enough for the pre-orders would have been in the order they made, right?  Second – this was a new release so why not send the items that they had in stock first and the back ordered items later? (Part of John Mayer’s pre order was backordered – they sent me what they had in stock AND 20% off my next purchase at his store to make up for it – THIS is how it should be done)

I ended up emailing for a refund and picking the album up on iTunes for $4.99. I do still think I’ll end up getting a physical copy of the cd though because the cover art is so cool I need to hold it in my hands to check it out.  I requested the refund I believe in June when I got fed up with waiting and it didn’t go through until August.  I will definitely be hesitant to do any pre-orders through TopSpin media in the future.

Anyway – now that my rant about the album is over – here are some words about my thoughts on the actual album.

It is really, really great.  Typically there are songs on CDs that I skip over – I decide I dislike them usually by the second listen (mostly by the first but give them a second chance just in case) but before writing this review I listened to the CD at least 3 times in a row on a road trip down to PA and then 2 times in its entirety while at work (as well as listening to random tracks here and there as well!)

The album really doesn’t have any songs that I think are “filler” and I can easily here all of them on the radio as singles. (I read that they purposely create all their songs to be pop singles – which is a pretty smart idea. Why put crap on the album just to reach a song quota? Everything should be quality!)

I am very much so looking forward to their tour in 2013 promoting the album and can not wait to experience these songs live!