October 15, 2012 by ConcertKatie No Comments 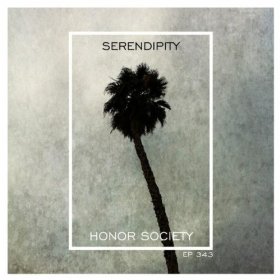 After a successful Kickstarter campaign, Honor Society was able to release their latest EP “Serendipity” on September 18th.  The EP includes 5 tracks – Obsession was one of the free tracks that they released a while back, but it has been reworked a bit for the EP.  Serendipity is their latest single, the song and the tune is really, really catchy – but I’m not really a fan of all the pop culture references and name drops.  But that doesn’t mean you won’t hear me humming or singing it for days after hearing it.  This Bed is an Ocean was the first Honor Society song I ever heard live.  We’ve been waiting since 2008 for it to show up recorded – and after a teaser of it on A Tale of Risky Business Part 2 – they had to record it in its entirety for this album!  It sounds absolutely amazing – way better than I could ever have imagine and I have to say it was most definitely worth the wait.  House on the Hill and Kaleidoscope are the previously not heard tracks on the EP and they do not disappoint.   House on the Hill is simply an amazing track.

The EP is available on iTunes and Amazon with limited hard copy CDs available at the bands merch site – http://www.honorsocietymerch.com or you can get one in person with your paid concert ticket to their NYC EP release party that will be going down November 13th at the Bowery Ballroom! I’ll be there – and you should be too!