April 6, 2012 by ConcertKatie No Comments 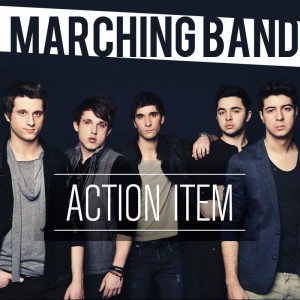 Action Item has just released their new single “Marching Band” to iTunes and my friend Christine has so kindly offered to “gift” this song to one of my readers!  You can catch Action Item on tour opening for Hot Chelle Rae this spring and they will  for sure be playing Marching Band in their set!  This band is going to be HUGE and you can say that you heard them on Concert Katie first!

This is a really easy contest – 1 way to enter – leave us your email address.  Winner will be chosen at 12:01 AM on Friday April 13th and will have 48 hours to reply to the winning email to be sent the redemption code from iTunes (US iTunes accounts only)

<a href=”http://rafl.es/enable-js”>You need javascript enabled to see this giveaway</a>.

Wednesday night it was time for the 80s! on Idol… we were also treated to some duets.  Here are my thoughts on the night.

Elise – I Want To Know What Love Is – So glad that she didn’t do Hallelujiah. It is SO SO SO overdone.  However, the performance she ended up doing wasn’t that great.  Especially after doing so great last week.

Colton & Skylar – Islands In The Stream – Skyler was good, Colton, not so much.

Phillip – Thats All – When I saw the setlist for the night (w/o who was singing what) I said “That’s All? Sounds like a going home song to me!” But… it’s Phillip so I take that back. haha he did great, of course.

Hollie & DeAndre – I’m So Excited – Cute performance. Better than the first one.

Joshua – If You Don’t Know Me By Now – Another amazing performance from Joshua!

Jessica – How Will I Know – I used to rock out to this song over and over and over when I was in 1st grade haha I think Jessica definitely did it justice (to Whitney, not my 6year old version.. she blew that one out of the water haha)

Phillip & Elise – Stop Dragging My Heart Around – I think they sounded great together! Elise did much better in this song than she did with her solo number.

Hollie – What A Feeling – Good performance, but not great. Not sure it will keep her out of the bottom 3.

Jessica & Joshua – Knew You Were Waiting For Me – Great duet!

Colton – Time After Time – I so badly wanted him to suck again… because I don’t like him. But crap. He did good.

Skylar – Wind Beneath My Wings – Another great performance from her. I hope it is enough to keep her out of the bottom 3 because I love her!