Glee is coming to Connecticut!

February 8, 2011 by ConcertKatie No Comments 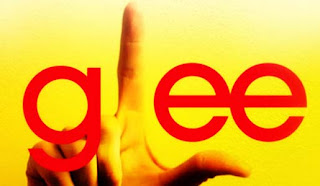 Earlier today tour dates were announced for Glee!  Missing from the list was Connecticut and when I checked the dates of the other local-ish shows (MA, NJ, NY) only New York was on a weekend and unfortunately that venue has NO railings whatsoever for their seats, so that was out.  I was pretty bummed because I’d really love to see them (and possibly meet Chris Colfer – LOVE him and his character Kurt, we have a lot in common, I think)

However, tonight during Glee and other FOX shows the FOXCT news was teasing that Glee would be coming to Connecticut! I watched the whole hour of the 10pm news (even though I knew that the announcement would not come until 10:55 – it always works that way with things I am not so patiently waiting to see on the news) and they said that June 7th the cast of Glee will be performing at Mohegan Sun!  Hopefully lower level seats will be available in the public sale (unlike the NKOTBSB sales) and prices won’t be through the roof!

Here are the tour dates that were announced today – if you don’t see your city – maybe it will be added as a surprise like CT was? Here’s hoping 🙂