February 19, 2011 by ConcertKatie No Comments

My TruMoo Prize Pack Giveaway is ending tomorrow at NOON EST.  Get your entries in for your chance to win a TruMoo lunch bag, crazy straw, stickers and money saving coupons!  You don’t want to miss out on this – drinking chocolate milk with a crazy straw makes it a whole lot more fun, I speak from experience 😉 Click on the image to be brought to the post to enter – there is a possibility for 15 entries per person! 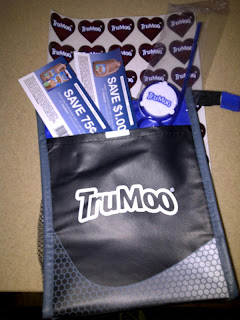 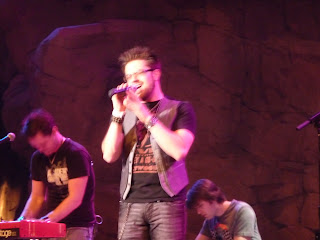 Danny Gokey, of American Idol fame, came to the Wolf’s Den last night to perform a set.  For each show his foundation, www.sophiasheart.org, sells 25-30 meet and greet passes for a donation of $25 to meet him before the show.  I purchased one, and it was a bit confusing on figuring out where to pick it up, but everything worked out. (Everyone told us to pick it up at the arena box office, except that he was not playing the arena.  The wolf’s den has no will-call but there was someone there handing out our passes)

As the Wolf’s Den is general admission, we had to wait in line for a couple of hours to make sure we would get a seat.  We got in line about 5 after picking up the M&G pass and were let in at about 6:30.  Then at 7:15 we went for the meet and greet which was downstairs underneath “the rock” of the wolf’s den stage.  The hallway down there was covered in signatures and drawings by bands who had played the venue in the past. 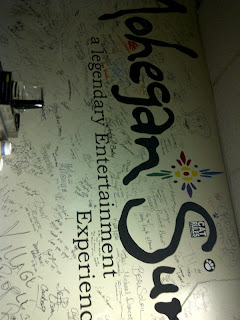 The meet and greet was pretty quick – a nice to meet you, a hug from Danny, an autograph (He seemed confused as to why I was having him sign an envelope.  It was the envelope my pass had come in – I had intended to buy a CD for him to sign but they were not selling merch before the show!) and a photo with him, taken by his tour manager.  Then we went back upstairs to our seat.

The show started promptly at 8 and Danny did a mix off songs off of his album, as well as some covers.  He played until about 9:30, which was interesting because usually the shows in the Wolf’s Den are only an hour.  He did a LOT of talking in between songs about Sophia’s Heart and what they are accomplishing as a foundation. It seems like they are doing a lot of great things!  If he wasn’t talking about the foundation in between songs, he was talking about Sophia.

Before “I Still Believe” he said “How many of you… like me…” which got everyone screaming “WE LOVE YOU DANNY!” and he was like “No, no. I mean, I wanted to use myself as an example” Which was pretty funny – whether it was scripted or not.

After the show, he hung around to sign, although I did not bother since I had already gotten his signature at the M&G (and had gotten it once before when I met him before an Idol show)

Setlist, videos and some pictures under the cut! 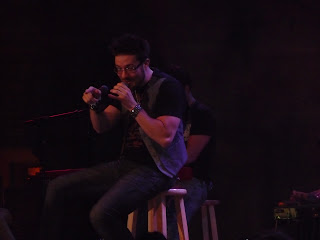 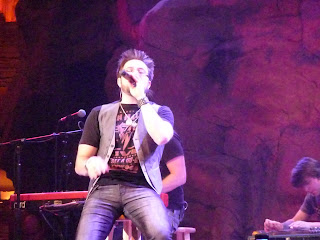 A double dose of the Daily Post since I didn’t get a chance to post yesterday’s question.

What would you do with a million dollars, tax free?
I think this one is easy.
a) put it towards research for my time machine / teleporter
b) travel the country/world to see a bunch of concerts

When you’re feeling down, what music cheers you up?
Generally anything pop. John Mayer, Hanson, Boybands, stuff like that!