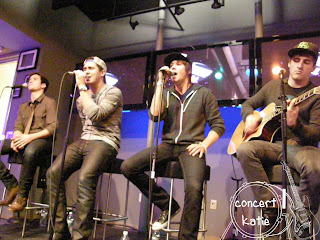 Yesterday Clear Channel hosted an online live chat with Big Time Rush, which was followed with a Q&A for fans in studio a quick performance and a M&G.; I was fortunate enough to win passes for my friend and I from Kiss957’s online points system.

We were told to be at the studio by 3pm because the chat would begin at 3:30, and I was under the impression that we would be viewing the live chat. When 3:30 came and went and we were not inside, I knew plans had either changed or we weren’t properly informed as to what was going on.

Once we got in the lounge, we grabbed a spot on the floor in front of the stage. They had 2 guitars being checked for the performance. We hung around for a while and then KC101’s John Mayer came in and said within the next 20 minutes the guys would be coming in and doing the Q&A first.

John asked the band questions that we had written down before going inside. When he asked mine, he said it was “the weirdest question I’ve ever seen written” (although apparently yesterday one of the BTR guys was on the radio with John and said he wanted weird questions lol)

Questions they answered included:
-Do you guys play pranks on each other? (Nerfs guns, slime putty, don’t want to be the first to fall asleep on the tour bus)
-One place in the world you haven’t been to you’d like to visit? (Barcelona, Borneo, it was Connecticut but now we’re here, Tahiti)
-If you could tour with anyone who would it be? (You! Justin Timberlake, Hey Monday, Train)
-What kind of cars do you have? (Ride my pet dragon from a dealership in Los Angeles)
-If you could be on The Jersey Shore – what character would you be? (The Situation. They all have their own Jersey Shore Names – The Location, The Logation, The Conflict, The Resolution – The Big Shore)
-What color are your boxers? (Let’s Check! American Eagle w/ flags, green, calvin klein)
-What is the most unique/weird/sweetest gift you’ve received from a fan? (Snowboard, Mixtapes, Vinyl records paints, Brandon Boyd autograph.  James and Carlos don’t get anything – just hugs. James got a Build a bear)
Carlos tells a story about a German fan who asked “May I embrace you?”
-If you could collab with anyone, who would it be? Dead or Alive? (Pixie Lott, Tiny Tempa, Jessie J, somebody from the UK)
-Who is your favorite power ranger? (That’s not weird, The red one, The Green one – who was always spanish, the white/green/red one were always spanish (joke), Logan’s first crush was on the Pink ranger)
-Will you be my valentine? (All of us, yeah! On the bus for Valentine’s day. In NJ/NY)
-Who would be your perfect valentine? (All I ask is you get me flowers)
-Do you like heart shaped cookies? (I just got one downstairs – Logan.)
-Do you like corn dogs? (I don’t like them as much as I eat on the show)
-What are your favorite foods? (Bacon, Pizza, anything grilled – chicken, potatoes, pasta, BBQ)
-Now that you are going to have a giant hit song – will you still do the show? (Yeah. Forever and ever. ‘Big Time Rush Me To The Hospital’ 30 eps this season, 20 already filmed. Going to be a long time)
-Who is your favorite guest star? (Russell Brand, Miranda)
-Story about one of the guest stars (Russell is witty on/off stage – he will go and do yoga in the middle of the set.)
-What song that didn’t make the album did you wish made the album (Stuck – only on iTunes, others you might end up hearing)
-Why wasn’t shot in the dark on the album? (There is a chance it will be released. It’s a good song.)
-What cologne are you wearing? (Pur Blanc, Marc Jacobs – Kendall.  Old Spice, just deodorant – James.  Chanel – The One. John Bravado’s cologne)


After the Q&A they performed the song “Stuck” which you can check out below, as posted by the radio station – we weren’t allowed to take video. Kendall didn’t sing because he is just getting over a cold.

Then they did a few more questions”
-Favorite colors? (green, green, purple, red)
-Favorite show? (This one.  No, episode, Big Time Beach Party. Good eps coming up.)
-Can you come to the movies with us tonight? (We’d love to but we’ll be on the bus on the way to Columbus, OH which is 12 hours away. We haven’t been to the movies in a while and we’d love to if we had some downtime)
-Are you playing a concert tonight? (No, but we are getting some dates together for this summer)

There will be a Big Time Rush giveaway posted in the next couple of days… and be sure to check out some photos under the cut! 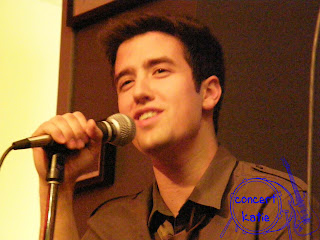 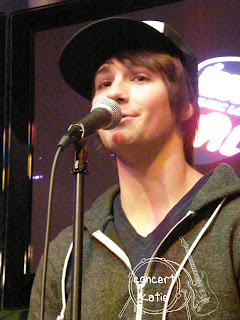 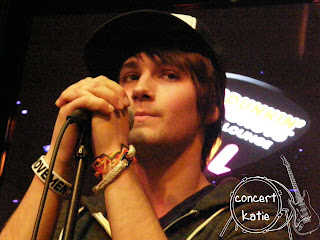 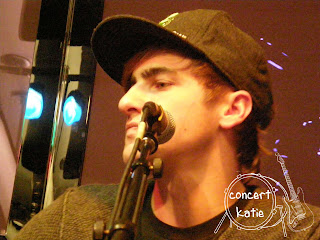 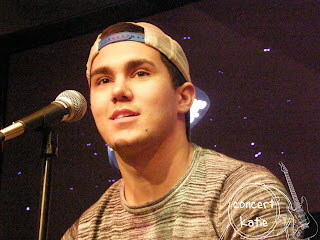 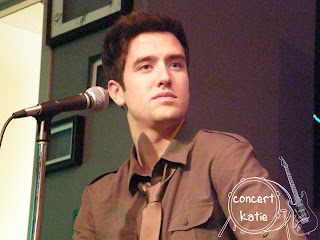 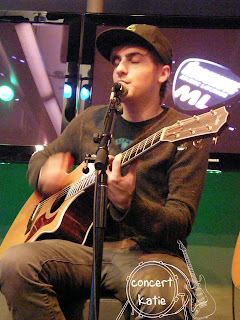 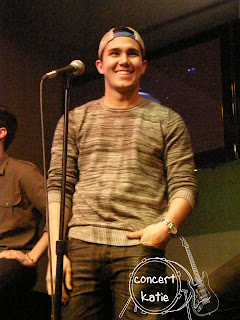