February 26, 2011 by ConcertKatie No Comments 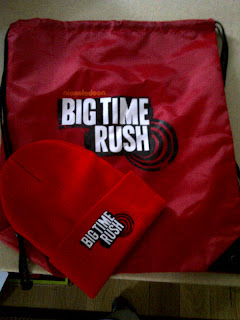 Tomorrow the Big Time Rush Giveaway ends at NOON EST.  The Mandatory entry is simple – who is your favorite member of Big Time Rush? (I’ll even give you a hint – their names are James, Carlos, Kendall and Logan!)
Enter to win a Big Time Rush drawstring bag and a Big Time Rush hat!
Other Event

The Lion King on Broadway 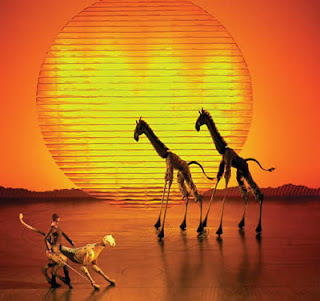 Wednesday I went to New York City to (finally) see The Lion King on Broadway!  I had been begging to go for years and years and my Mom had ended up saying “once you get your braces on I will take you.”  I’ve had my braces on for 15 months now and I finally got her to come through on her promise.
At first we had tickets for January 26th, but there was a snow storm so we couldn’t make it to the show.  Fortunately, Disney has a “Worry Free Winter” guarantee in place so if you can not make it to the show due to the weather, you can exchange your tickets for another show.  Unfortunately you trade in for the “best available” seats so we ended up giving up Row C tickets and exchanging them for row Q, but the show is set up in such a way that I really don’t think there is a bad seat in the house.
The opening scene was absolutely amazing – with cast up on the balcony and coming through the aisles to get to the stage.  The costuming was also really impressive. The sets were pretty basic but if they were any more in depth you would probably lose the impact of the costumes.
There are a few songs from the movie and then a bunch of new songs added for the musical.  All of which are great.  The hyenas and Rafiki are hilarious.  Young Nala and Simba were adorable.  The acting and delivery were great, the singing was phenomenal and the only question I was left with was – why did it take us so long to finally get there!?
The picture I chose for this post with the sun is because I want to try and create something similar for when I scrapbook the ticket.    Not sure when I will get around to scrapping it, but be sure to keep an eye out for it when I make my scrapbook post for February!