Book Review: Cheech Is Not My Real Name 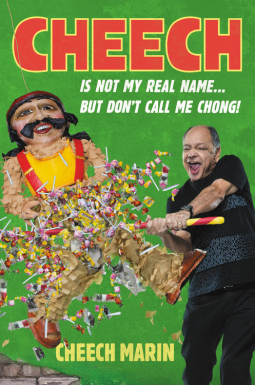 Cheech is Not My Real Name is an autobiography by Cheech Marin, who you may know better as one half of Cheech and Chong.  The story begins with Cheech being on TV at age 6 and at age 7 being told that he will never be an artist.  After starting at a Catholic school he realized that he excelled at being a door to door salesman after being forced to do various fundraisers.  During the draft, he fled the US and ended up in Canada and got a job with a magazine.  Sometime around there he met Tommy Chong and they were doing performance troupe type work but ended up going out on their own as a duo.  He was able to get his status changed from a draft dodger to unfit for military service.  Cheech and Chong blew up and he talks about a few of the shows they did where there were so many people that they couldn’t even see where the crowd ended.  They got movie deals and were screwed by higher ups in the biz.  Eventually the duo went their separate ways and Cheech did work as a voiceover actor – appearing in Disney movies Oliver & Company and The Lion King (a couple of my favorites!)  Cheech has also competed on Celebrity Jeopardy several times and is often “on call” to fill in if any of the other celebs need to back out at the last minute!  A really interesting read about a really interesting and fun dude!

The long-awaited memoir from a counterculture legend.
Cheech Marin came of age at an interesting time in America and became a self-made counterculture legend with his other half, Tommy Chong. This insightful memoir delves into how Cheech dodged the draft, formed one of the most successful comedy duos of all time, became the face of the recreational drug movement with the film Up in Smoke, forged a successful solo career with roles in The Lion King and, more recently, Jane the Virgin, and became the owner of the largest private collection of Chicano art in the world.
Written in Cheech’s uniquely hilarious voice, this memoir will take you to new highs.