Some M&Gs with the characters! 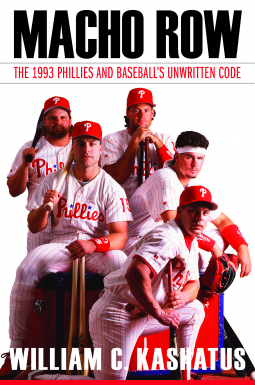 Macho Row is about the 1993 Phillies and their Cinderella season. It focuses on former Met – Dykstra as well as Daulton, Kruk, Williams, Hollins and Incaviglia. Each of the six members has a bit of a bio and it talks about their seasons previously and then how they became a key piece of the 1993 Phillies puzzle.  They played by “The Code” which is the unwritten rules of the game.  They also made rookies life miserable, but they came out on top in the National League, winning the division and making it to the World Series where they lost to the Toronto Blue Jays who were too much even after the Phils caught lightning in a bottle.  Although 1993 was a bit before my baseball time, it was a lot of fun to read about this team and how they made their way to the top!

Colorful, shaggy, and unkempt, misfits and outlaws, the 1993 Phillies played hard and partied hard. Led by Darren Daulton, John Kruk, Lenny Dykstra, and Mitch Williams, it was a team the fans loved and continue to love today. Focusing on six key members of the team, Macho Row follows the remarkable season with an up-close look at the players’ lives, the team’s triumphs and failures, and what made this group so unique and so successful.

With a throwback mentality, the team adhered to baseball’s Code. Designed to preserve the moral fabric of the game, the Code’s unwritten rules of the game formed the bedrock of this diehard team whose players paid homage and respect to the game at all times. Trusting one another and avoiding ideas of superstardom, they consistently rubbed the opposition the wrong way and didn’t care. William C. Kashatus pulls back the covers on this old-school band of brothers, depicting the highs and lows and their brash style while also digging into the suspected steroid use of players on the team. Macho Row is a story of winning and losing, success and failure, and the emotional highs and lows that accompany them. 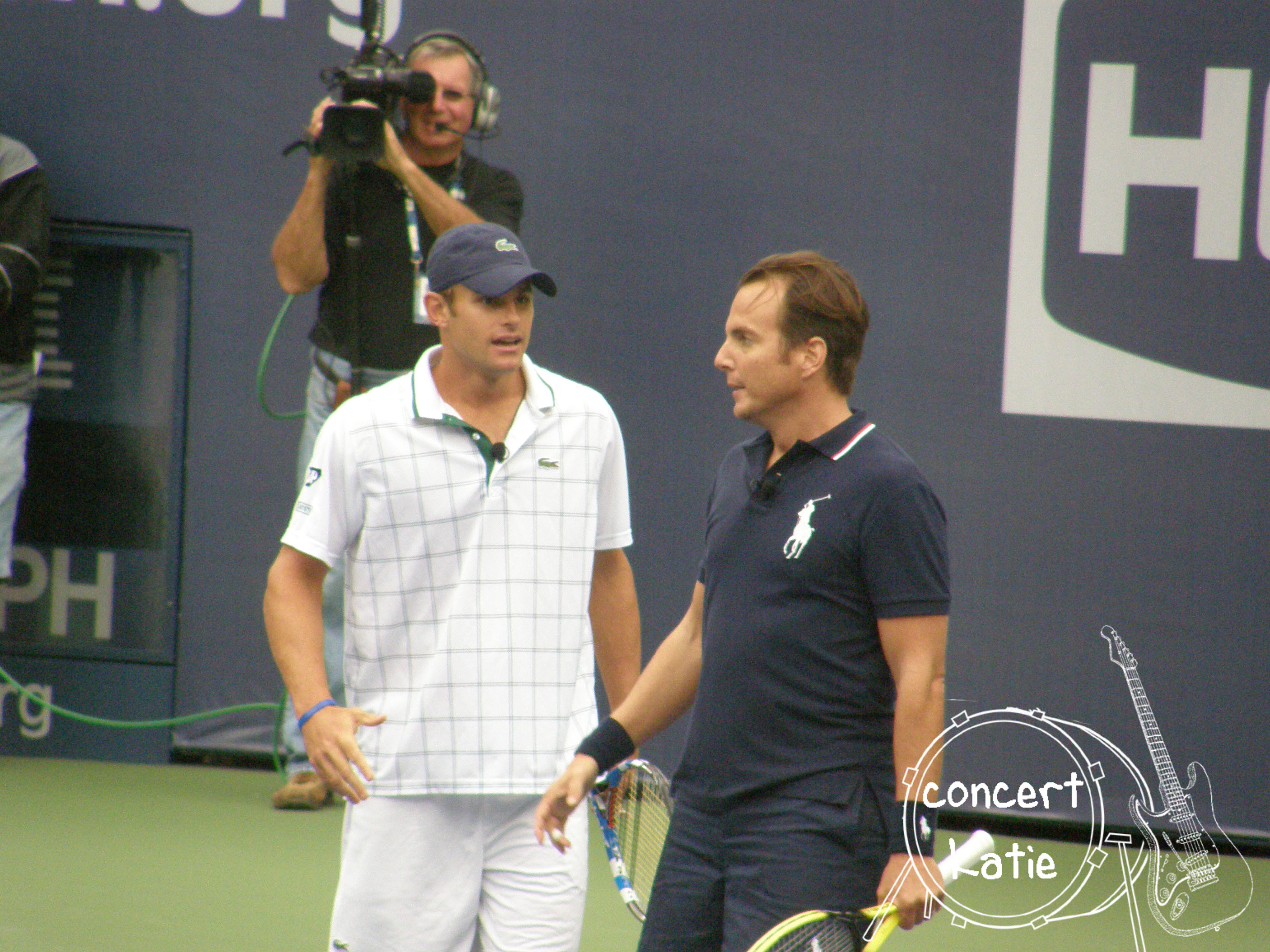 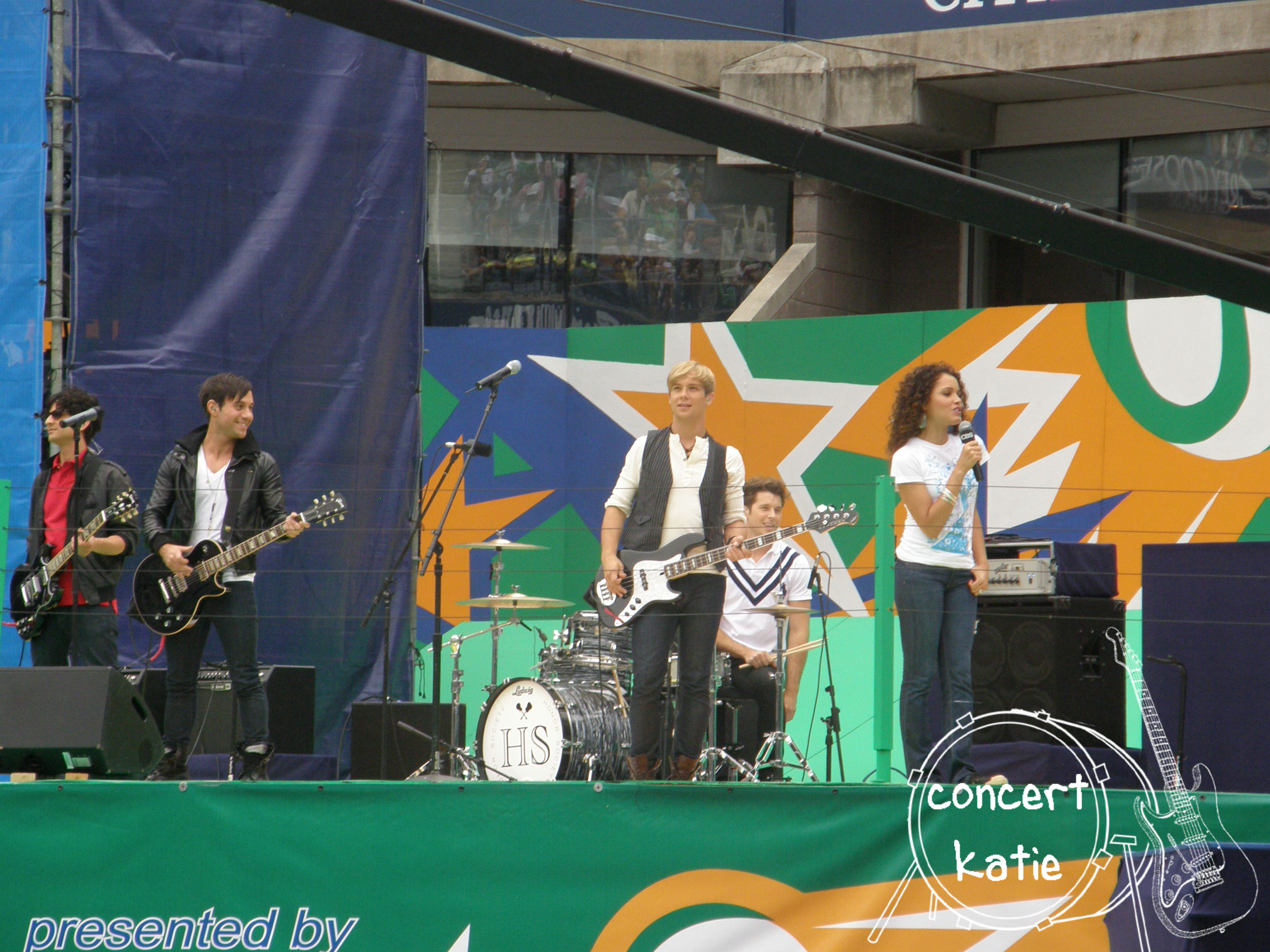 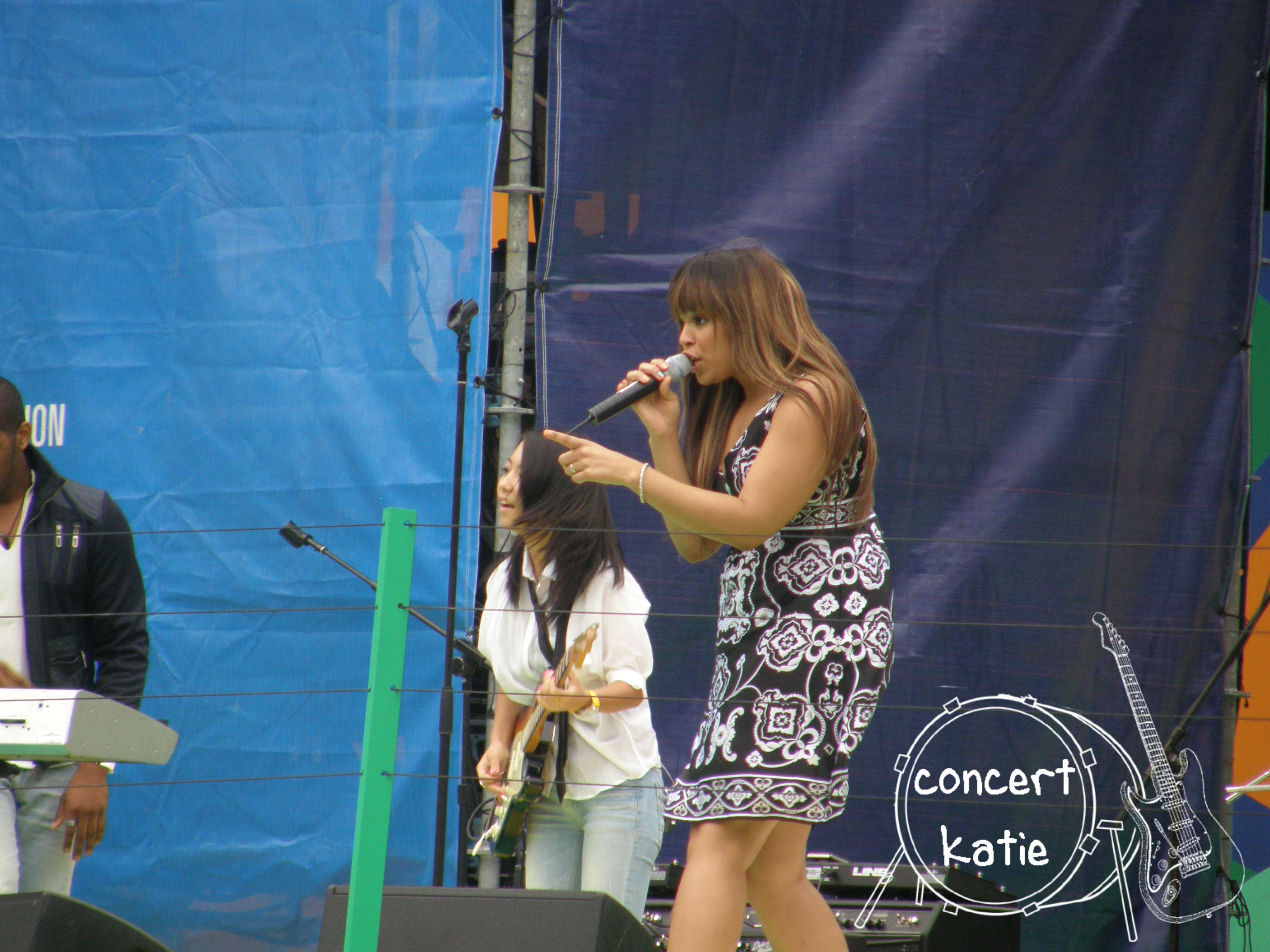 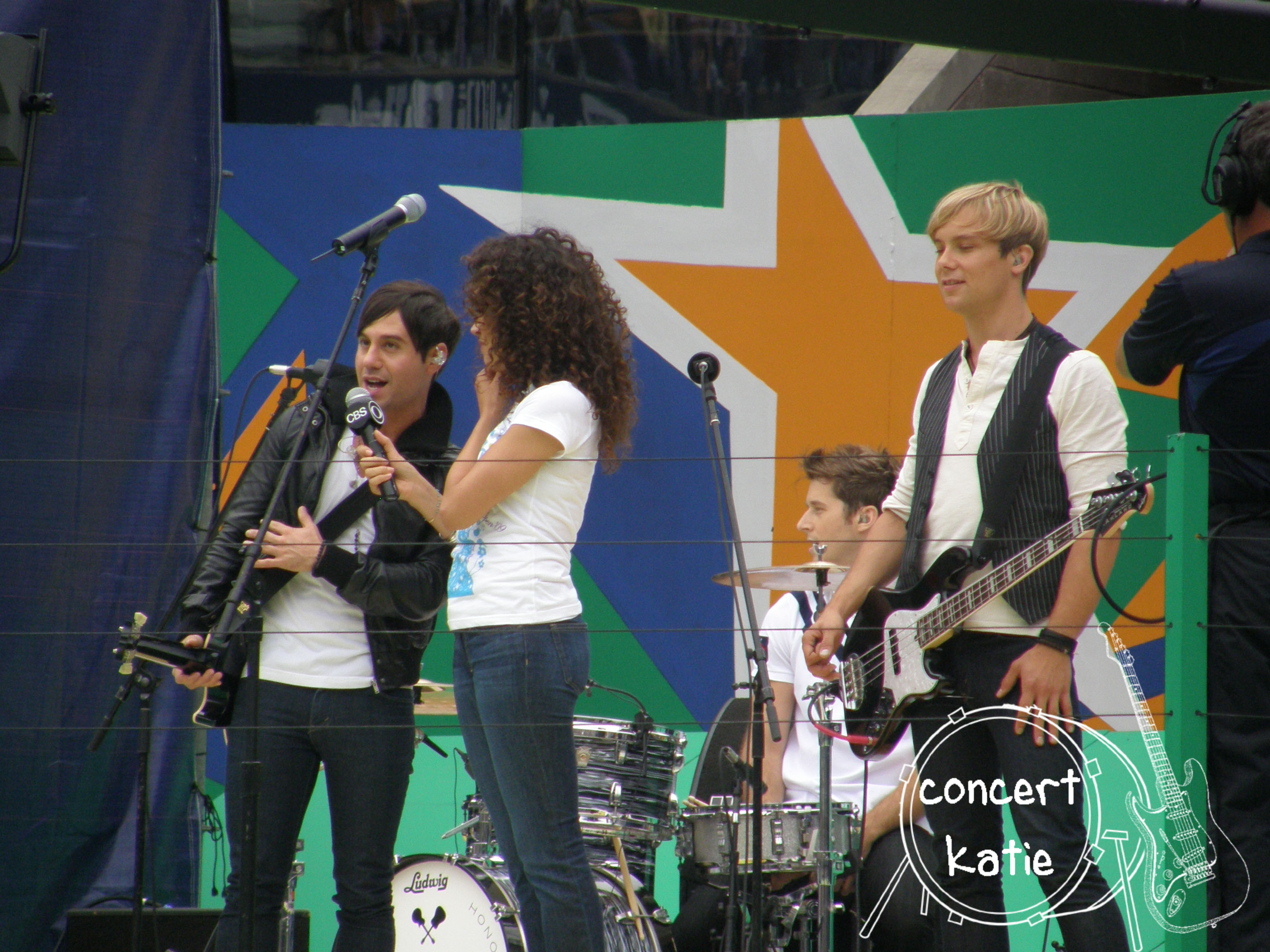 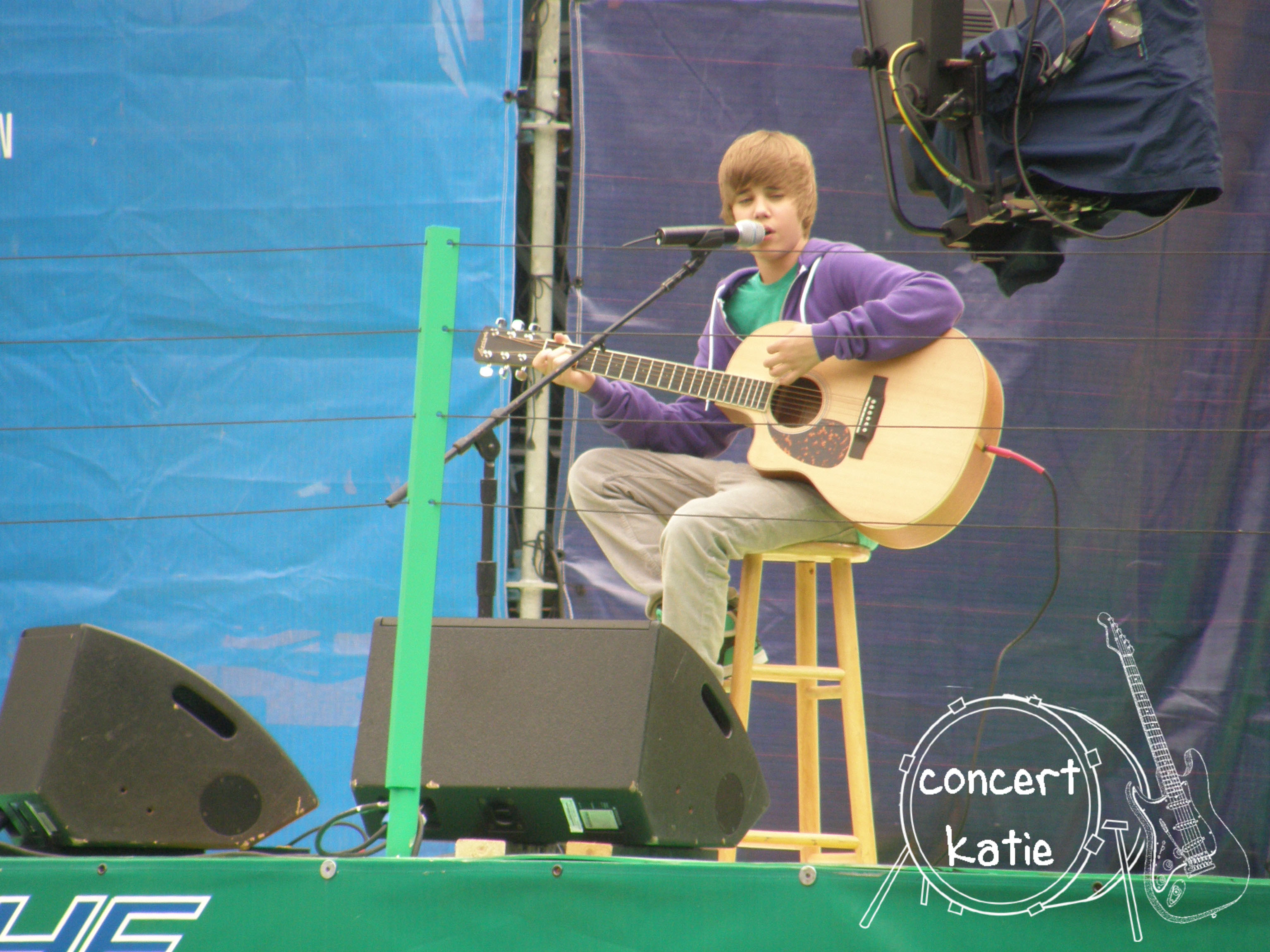 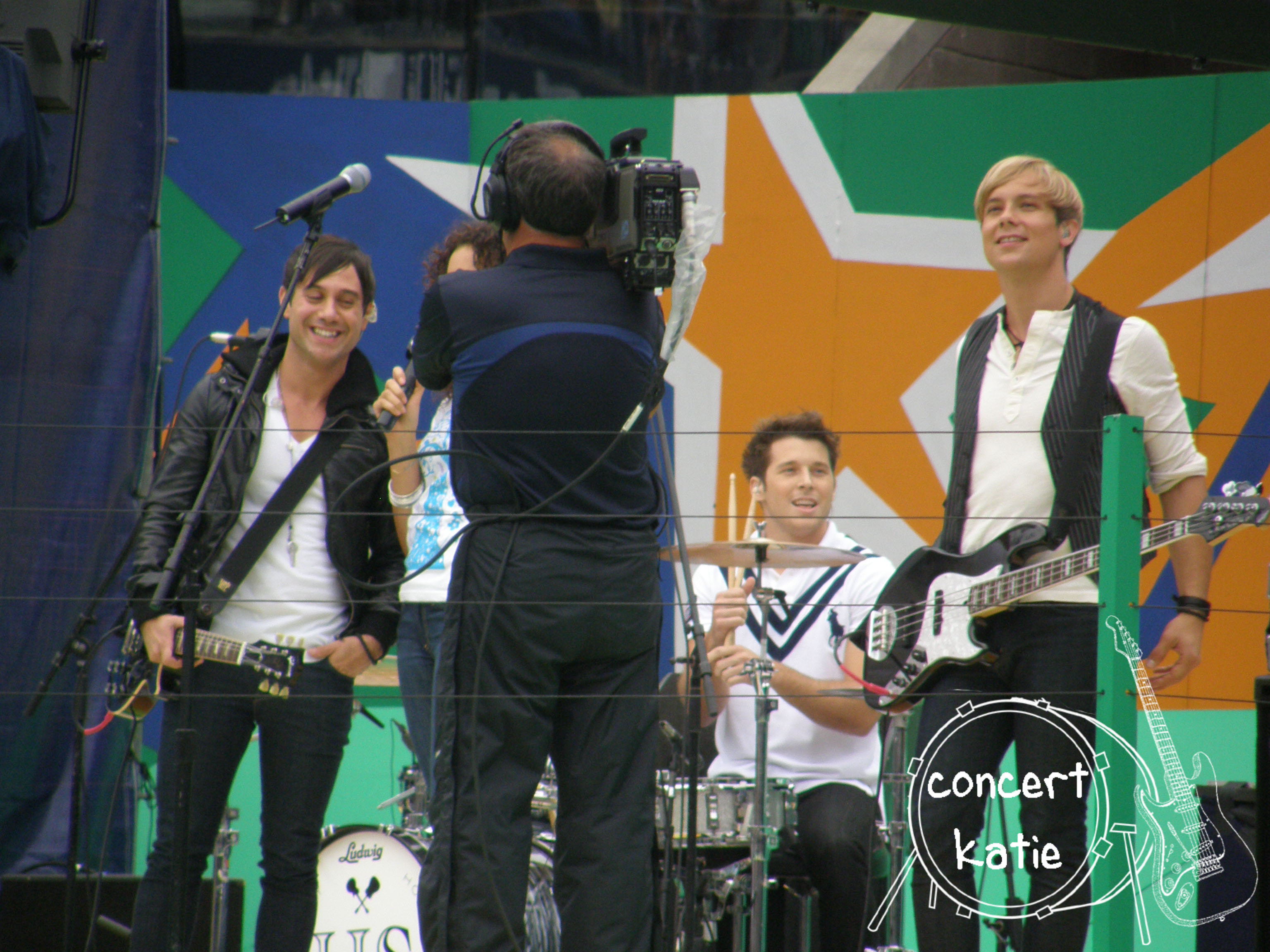 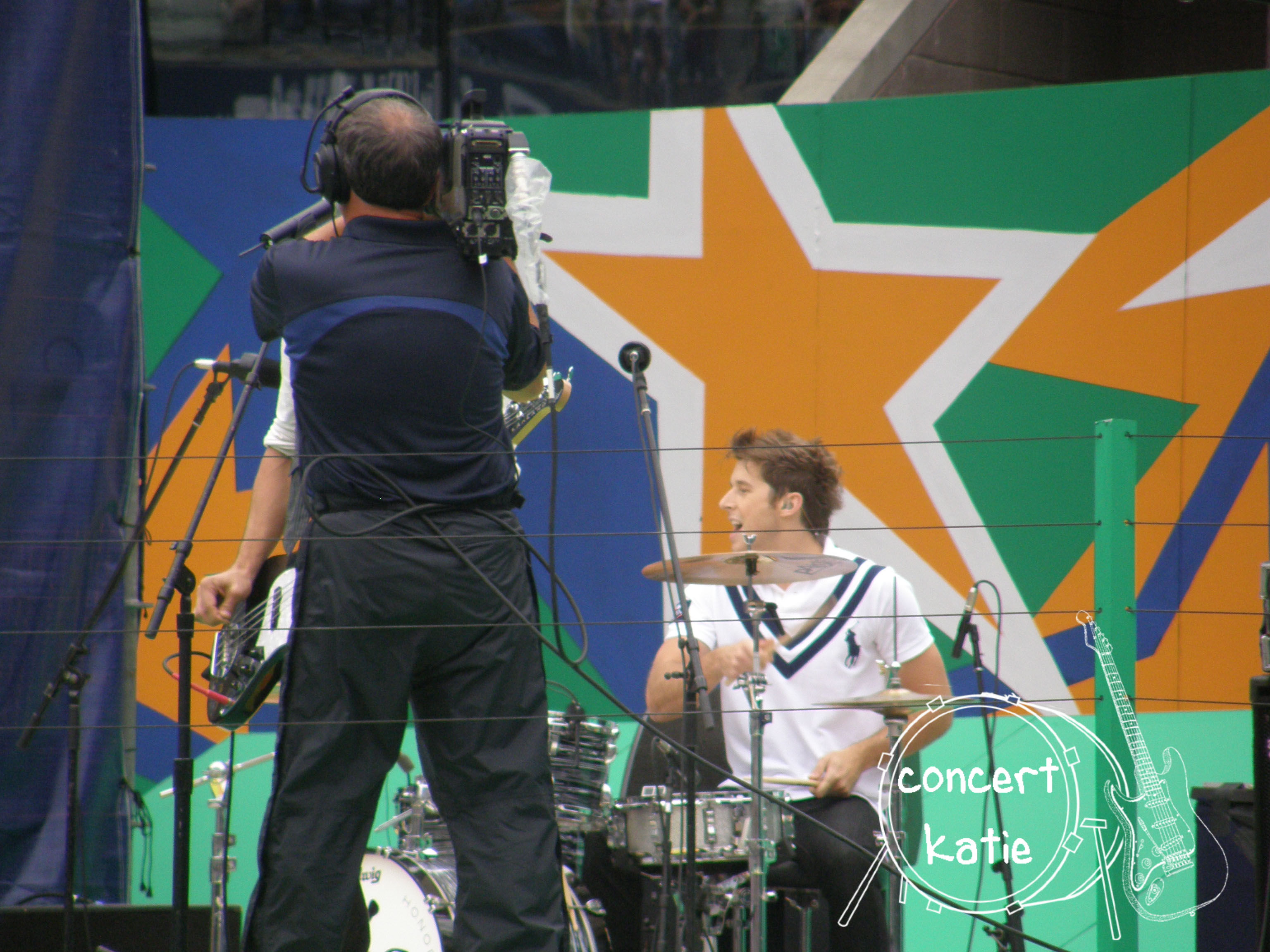 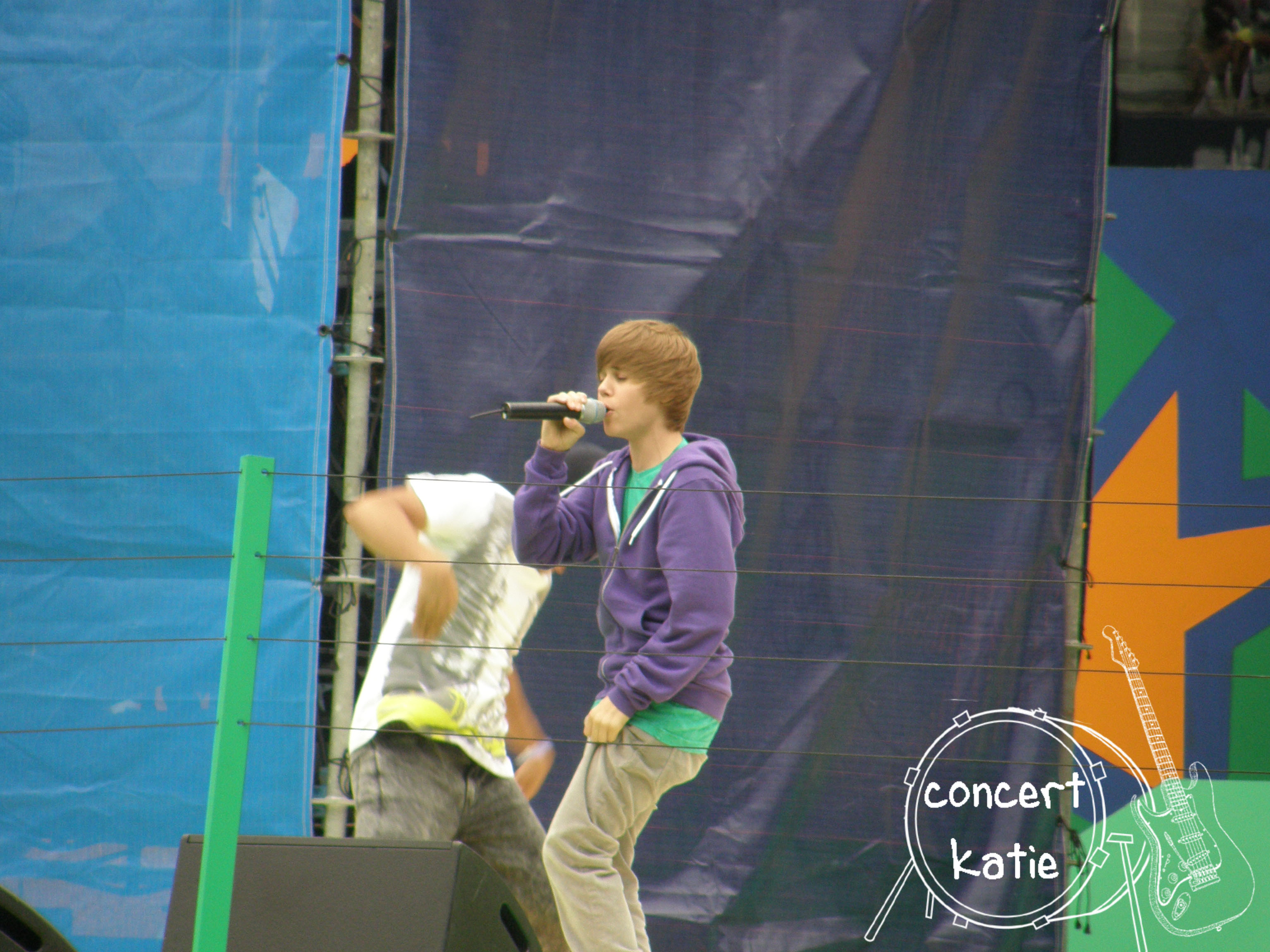 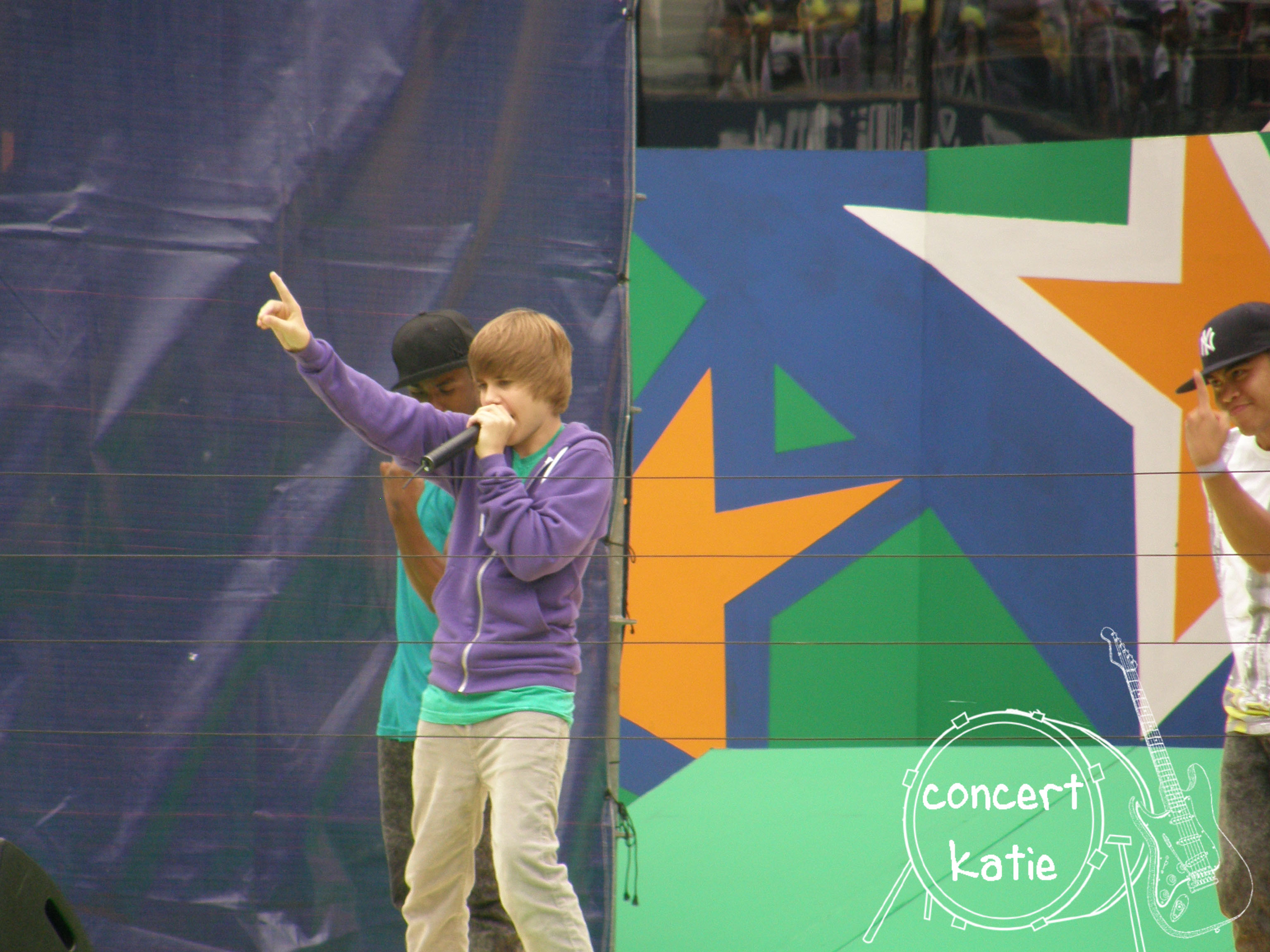 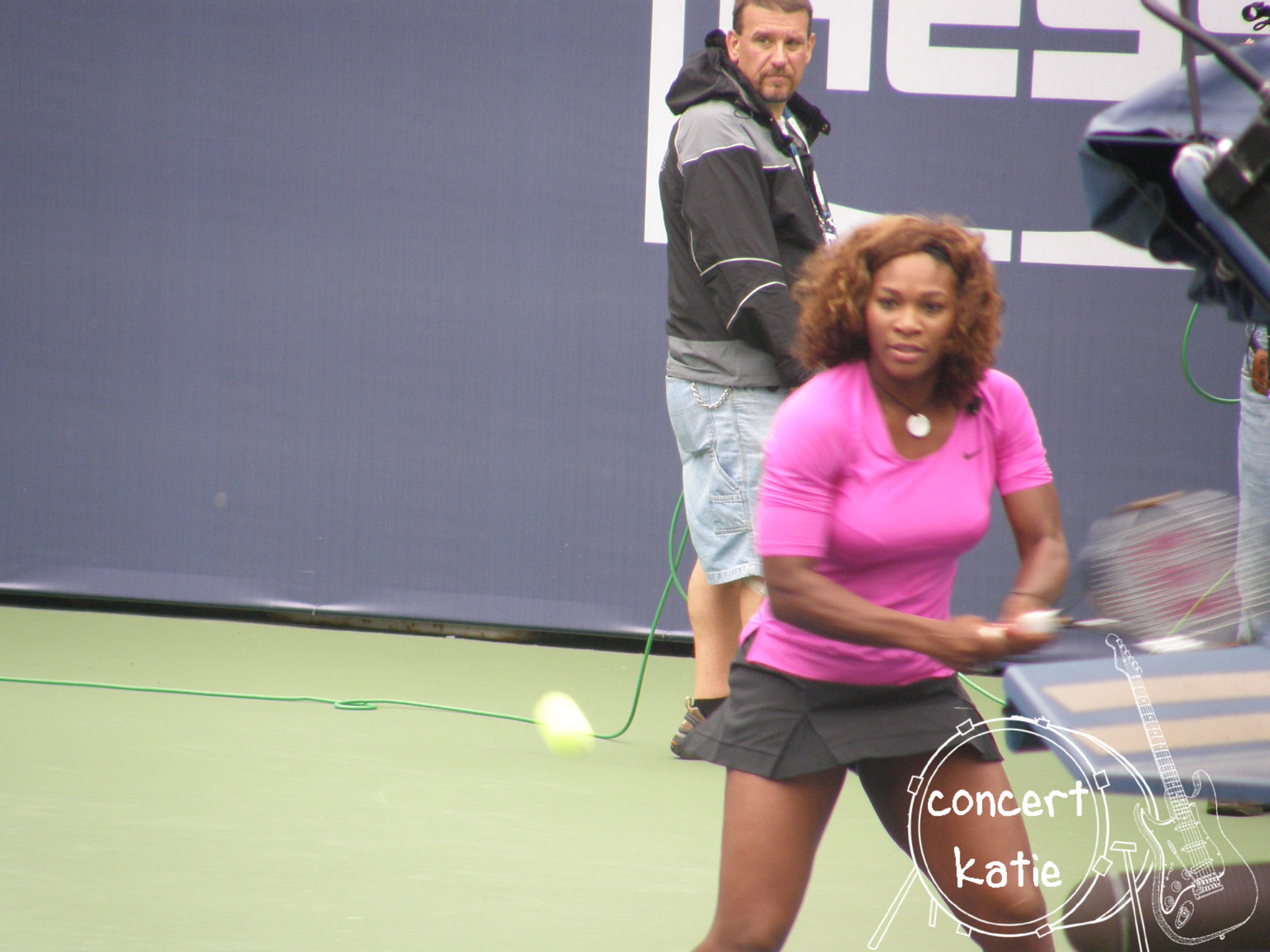 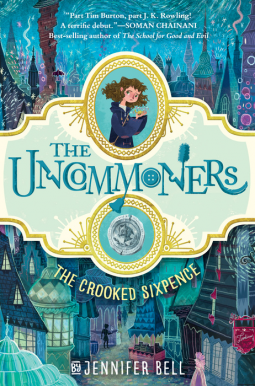 I think that this book bit off more than it could chew with saying that it was a must read for anyone with a Hogwarts-shaped hole in their lives. I love me some Harry Potter and the whole time I was (trying to) read this book I kept comparing it to the Wizarding World – and it was paling in comparison.  In fact, I got about 1/4 through the book before I decided it just was not for me.

If you decide to read this book – go in with an open mind and ignore any similarities it may have to Harry Potter and perhaps you will have a better go with it than I did.  The problem could also be that I was a kid when Harry Potter first came out so I was more easily wrapped up in that world and now as an adult I can’t really get that same feeling.  I had hoped I could have finished it, but if I try 2-3 times and can’t get into it, I just have to move on. Too many books, too little time 🙂

Anyone with a Hogwarts-shaped hole in their lives can’t miss this fantasy series opener. Dive into a secret underground city below London where ordinary objects are capable of extraordinary magic!

Welcome to a world where nothing is quite as it seems…

When their grandmother Sylvie is rushed to the hospital, Ivy Sparrow and her annoying big brother Seb cannot imagine what adventure lies in store. Soon their house is ransacked by unknown intruders, and a very strange policeman turns up on the scene, determined to apprehend them . . . with a toilet brush.

Ivy and Seb make their escape only to find themselves in a completely uncommon world, a secret underground city called Lundinor where ordinary objects have amazing powers. There are belts that enable the wearer to fly, yo-yos that turn into weapons, buttons with healing properties, and other enchanted objects capable of very unusual feats.

But the forces of evil are closing in fast, and when Ivy and Seb learn that their family is connected to one of the greatest uncommon treasures of all time, they must race to unearth the treasure and get to the bottom of a family secret . . . before it’s too late.

Debut novelist Jennifer Bell delivers a world of wonder and whimsy in the start of a richly uncommon series. 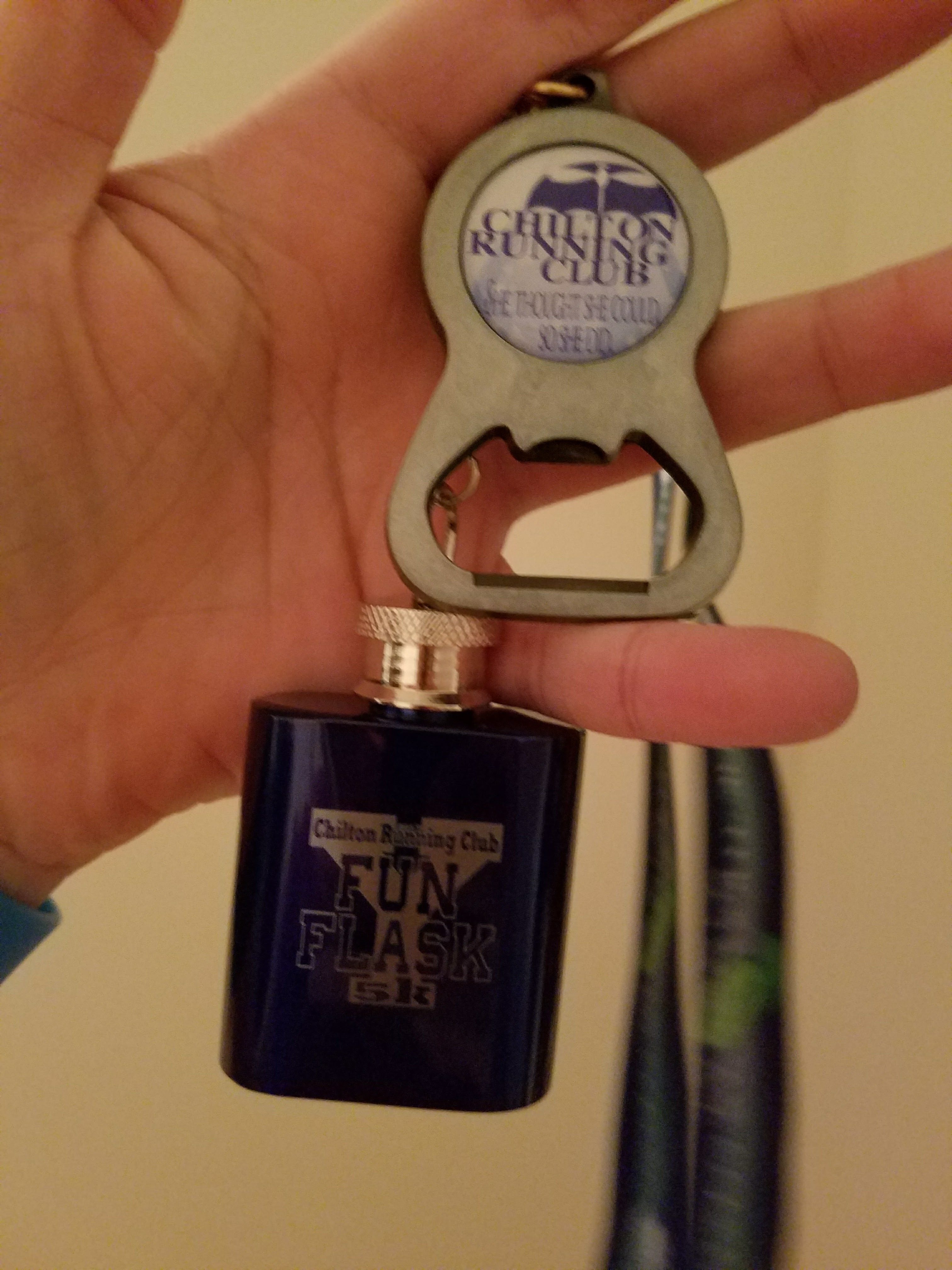 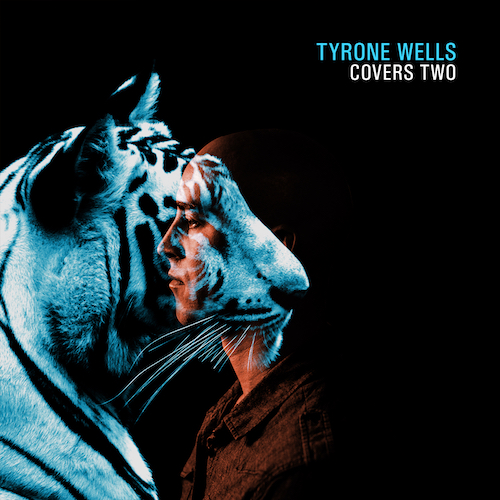 Parachute at The Warehouse Fairfield, CT

Thursday night Parachute’s “Getaway Tour” hit the Warehouse in Fairfield, CT.  This show was announced later than the other dates on the tour and it was a bit more of an “intimate” setting than their last show at the Warehouse but it was a great time.

Opening up the show was Kris Allen.  He did a bit of a shorter set than I am used to when I see him headlining, but I thought he picked out a great selection of songs to showcase his talent. (and later Will from Parachute said that he thought Kris has one of the best voices and whenever they hear him singing on the bus they think he’s an angel!) He threw in a Katy Perry cover as well – which typically I do not enjoy but it’s Kris and I’m pretty sure he could sing anything and I’d be in love with it.  After his set I got to stop by merch and say hey. It’s always fun chatting with him 🙂

Edit this setlist | More Kris Allen setlists
Then it was time for Parachute’s headlining set.  For this tour they had the fans vote on the setlist so it was also a good mix of songs, new and old. The set even included the first time they had every played What Breaks My Heart live.  Will told a really nice story about the song and how he wrote it because he was bummed that a girl he was into, wasn’t into him. But it has a happy ending – because that girl is now his fiance! #goals. The crowd may have been small, but they were really into it especially with the call and response and during one of the songs Will jumped into the crowd announcing that he was going to give a high five to EVERYONE. While he didn’t get to everyone (he missed me!) he did seem to get most of the people that were standing in front of the stage, so that was pretty cool!  They also said they hoped to be back this way in the fall and they would play the Warehouse as long as they kept having them, so I am looking forward to their return and hope that I can make it out to another show soon!

As I have mentioned before, I have a big trip coming up!  I have been debating getting some hard-shell luggage for a while now, so when I saw the HONCARDO Hard-Shell luggage I just had to check it out.  This is a set of 3 different sized suitcases – 20″, 24″ and 28″.  I believe only the smallest one will count as a carry-on sized luggage and the other two would need to be checked, I would have preferred if the second one was more in the 21-22″ inch range to be a larger carry-on sized bag but that’s ok. The yellow and navy color reminded me of minions and I am kind of half tempted to modify the luggage to make them look more like minions! 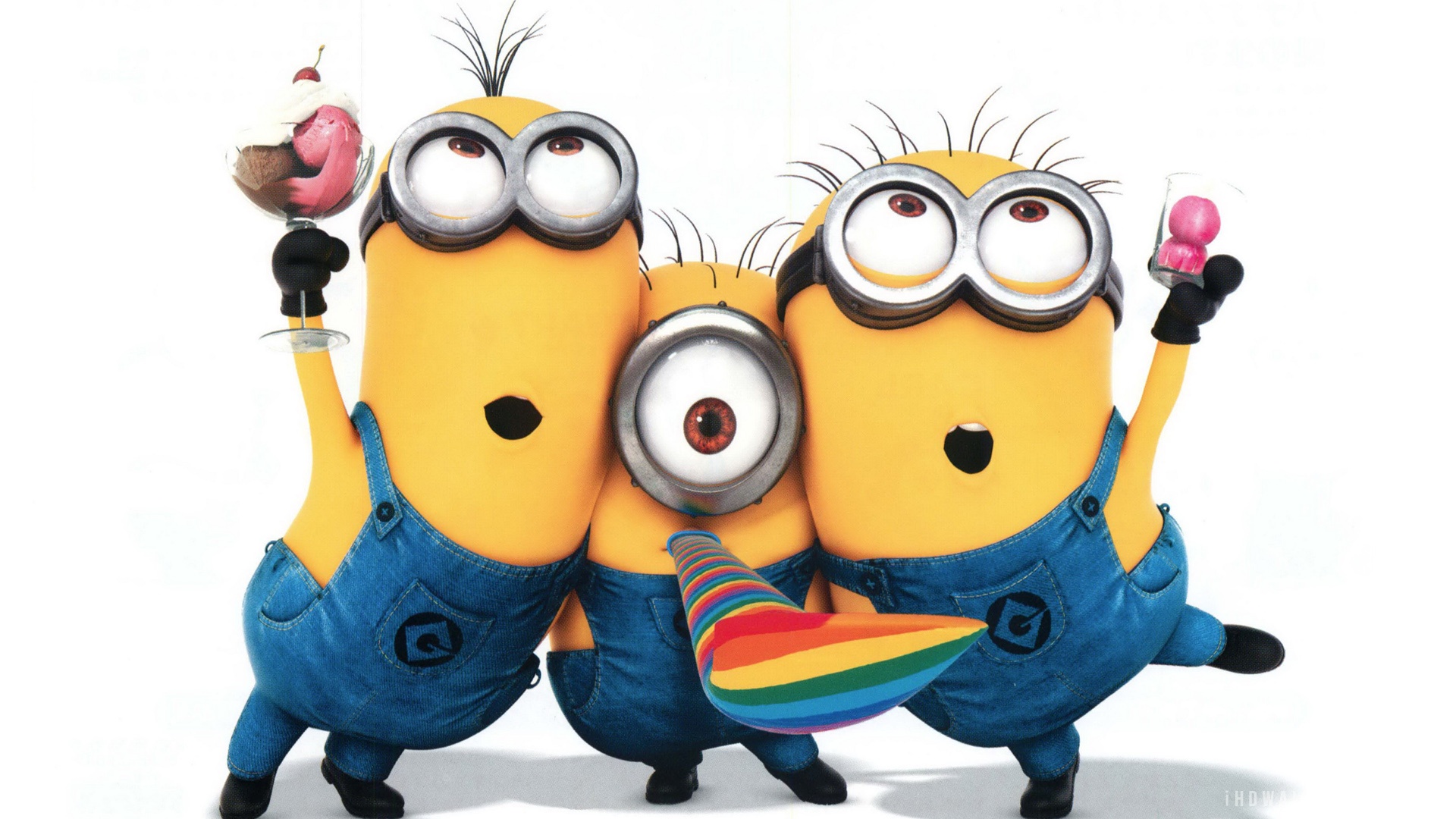 All 3 of the suitcases came packed inside each other, like Russian nesting dolls which will be great for when they need to be stored.  They also each have a TSA approved zipper lock on them. I haven’t really played around with that too much yet though.  They seem to have a lot more room than my cloth sided luggage and I love how one side has a zipper close so you can really stuff in a lot and then hold it all in there while the other side has straps that can be criss-crossed to hold things in.  Throw in some packing cubes on that side and you are good to go! I am not sure how I will adjust to it having no outside pockets, but that is the price to pay for a hard shell case.  They are also very light, weighing in at under 4lbs each for the 2 larger sizes and under 3 for the smaller one (based on my hand held luggage scale, nothing scientific)  I also really like that they have 360 spinner wheels as I refuse to use any luggage that doesn’t! They are just so much more convenient for me with the spinner wheels. 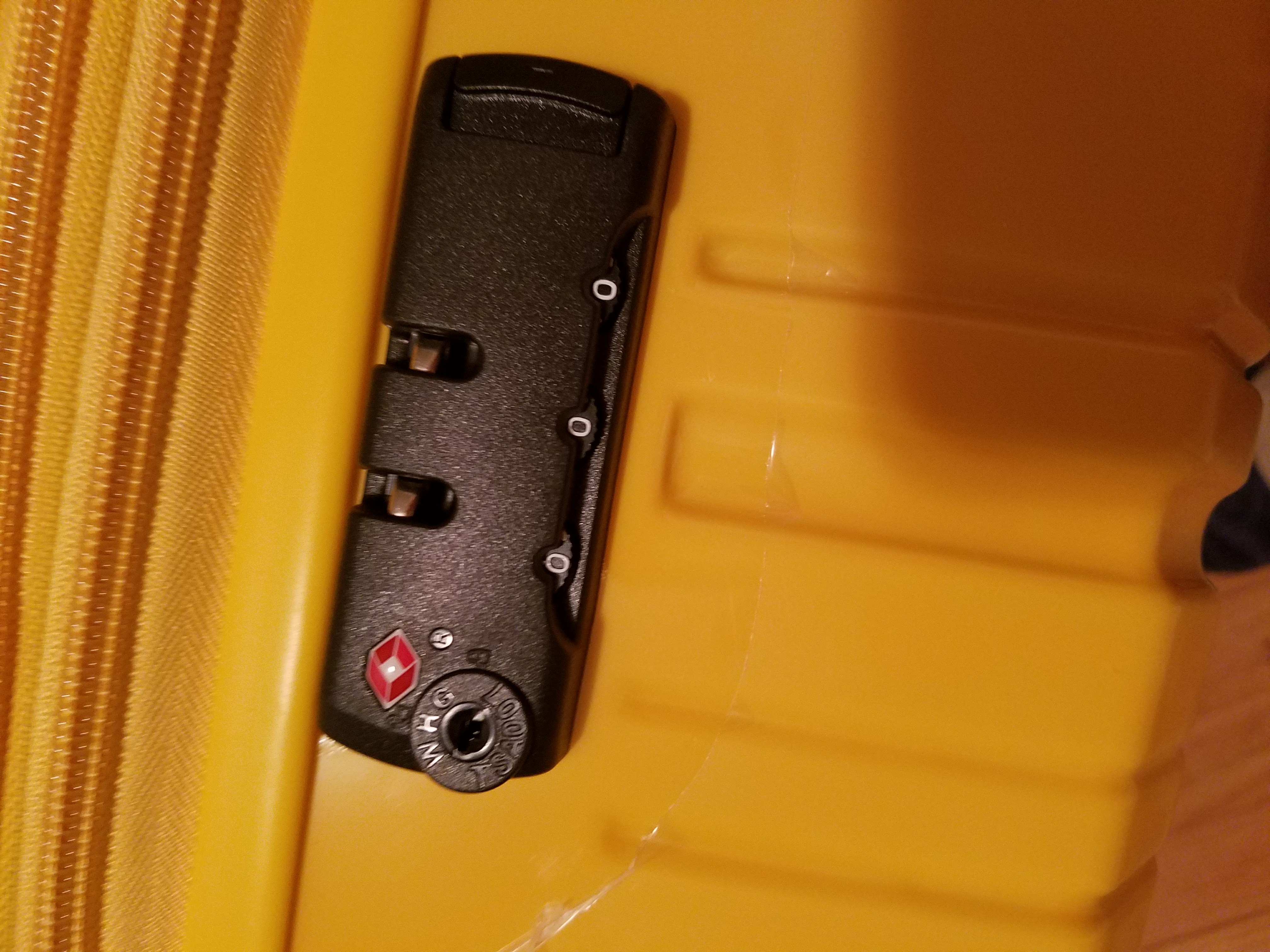 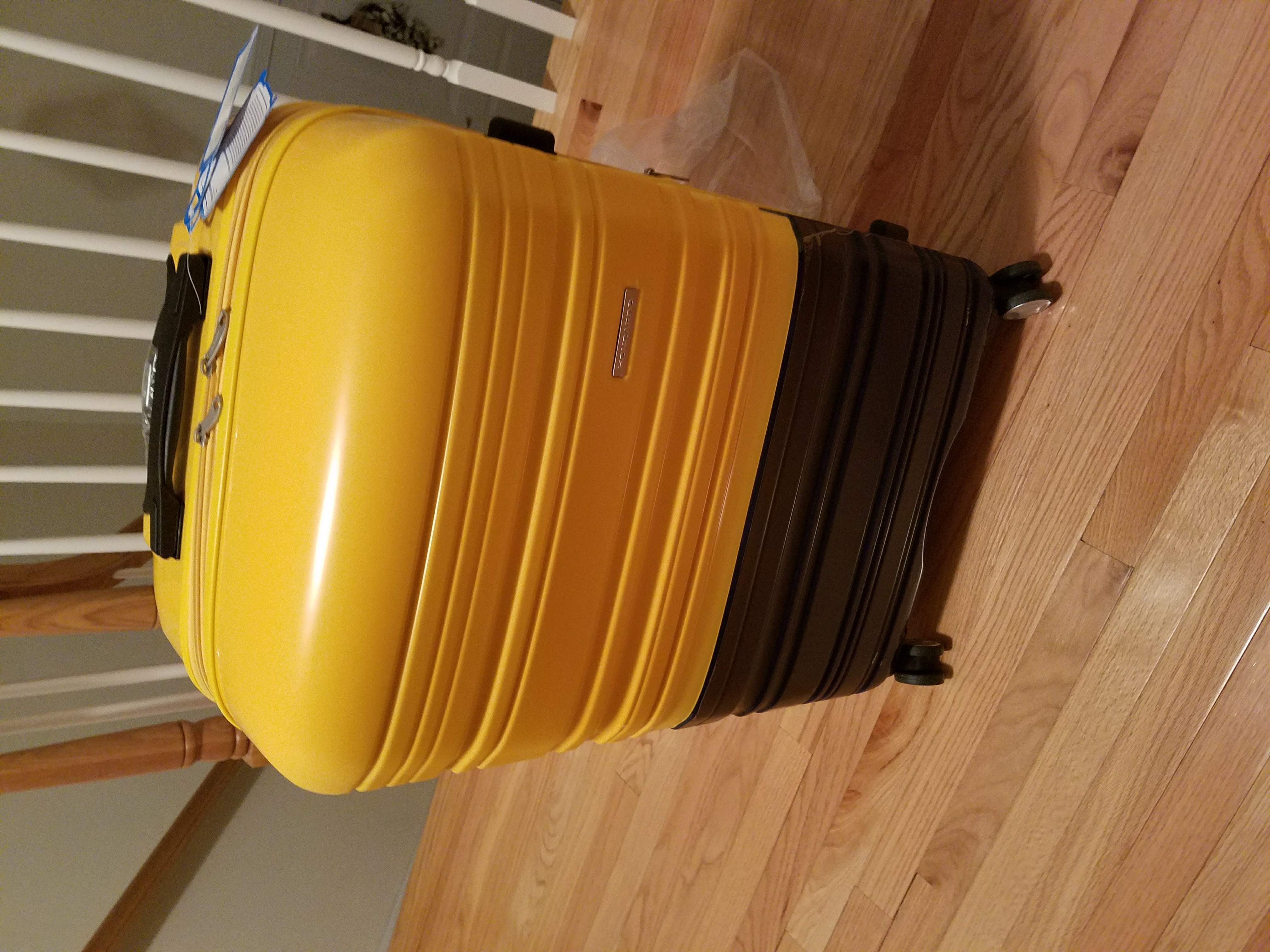 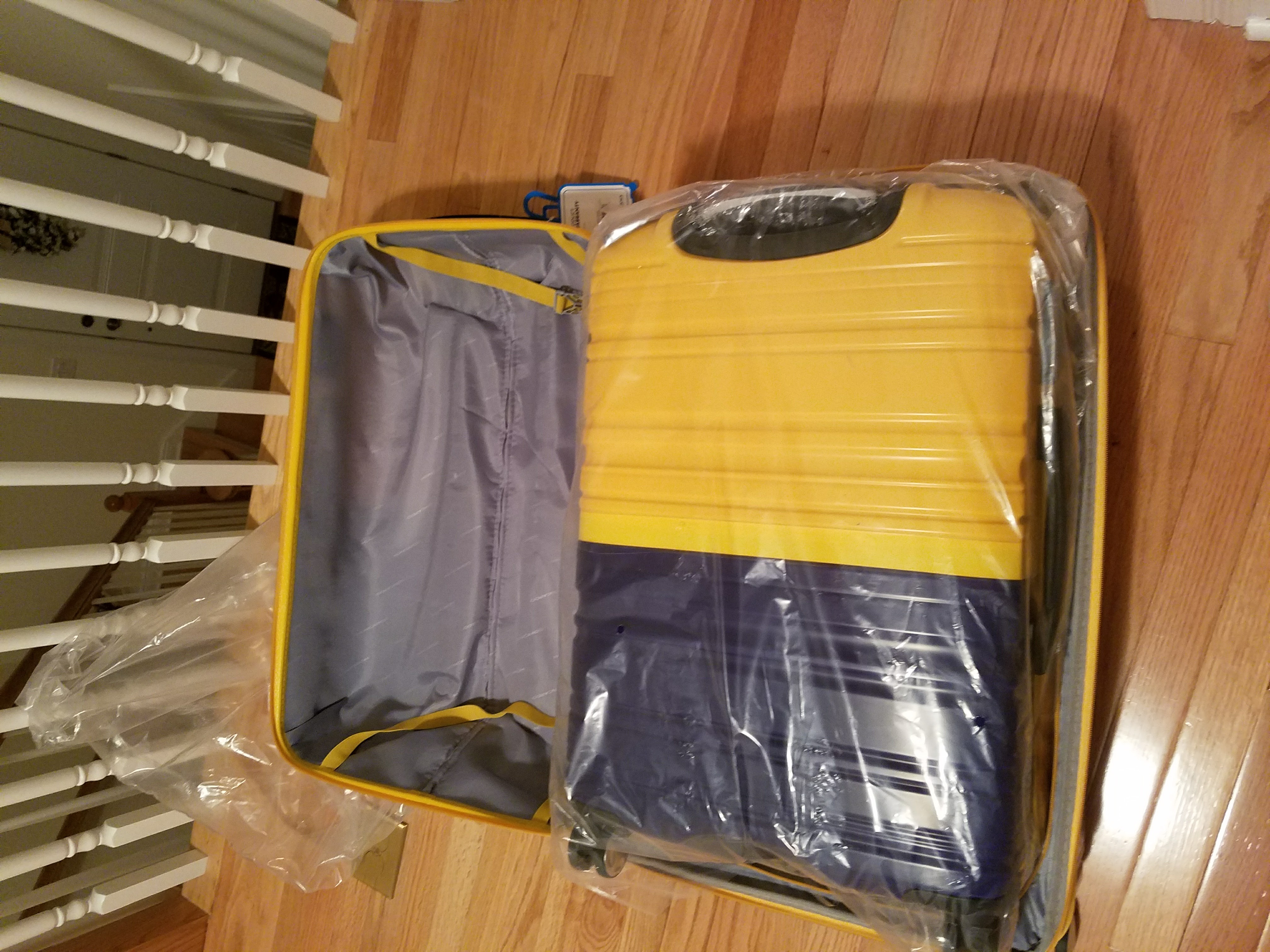 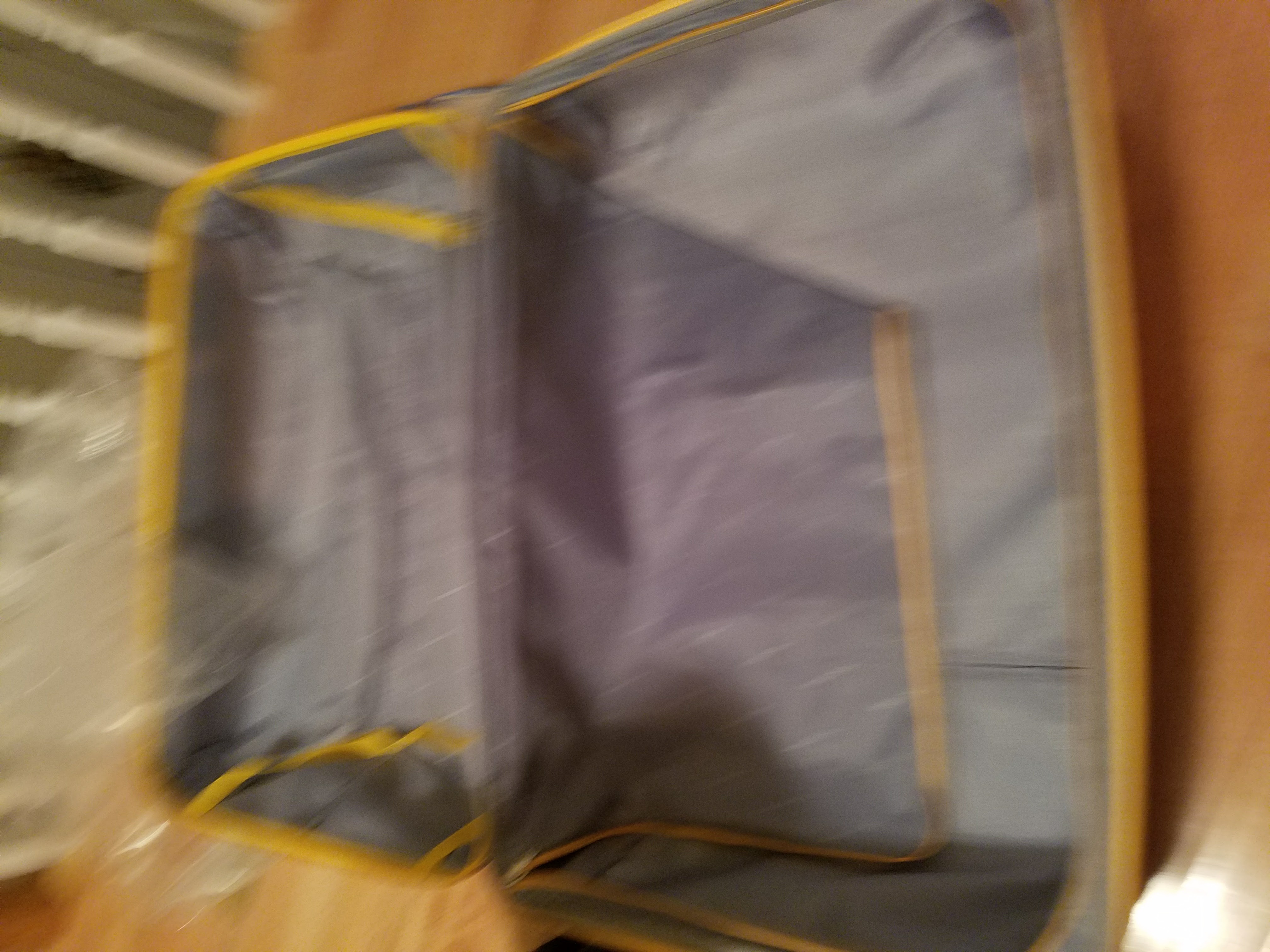 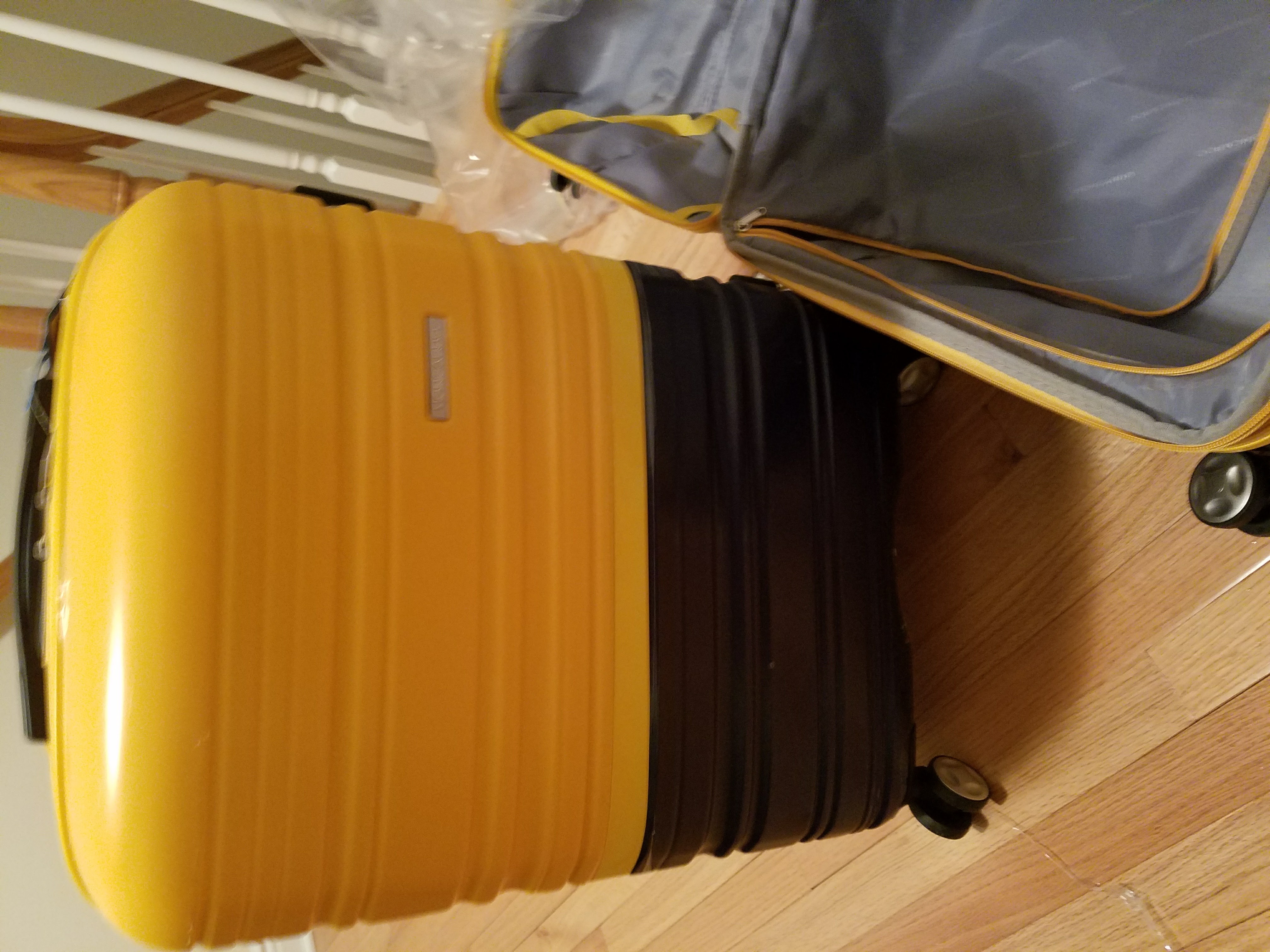 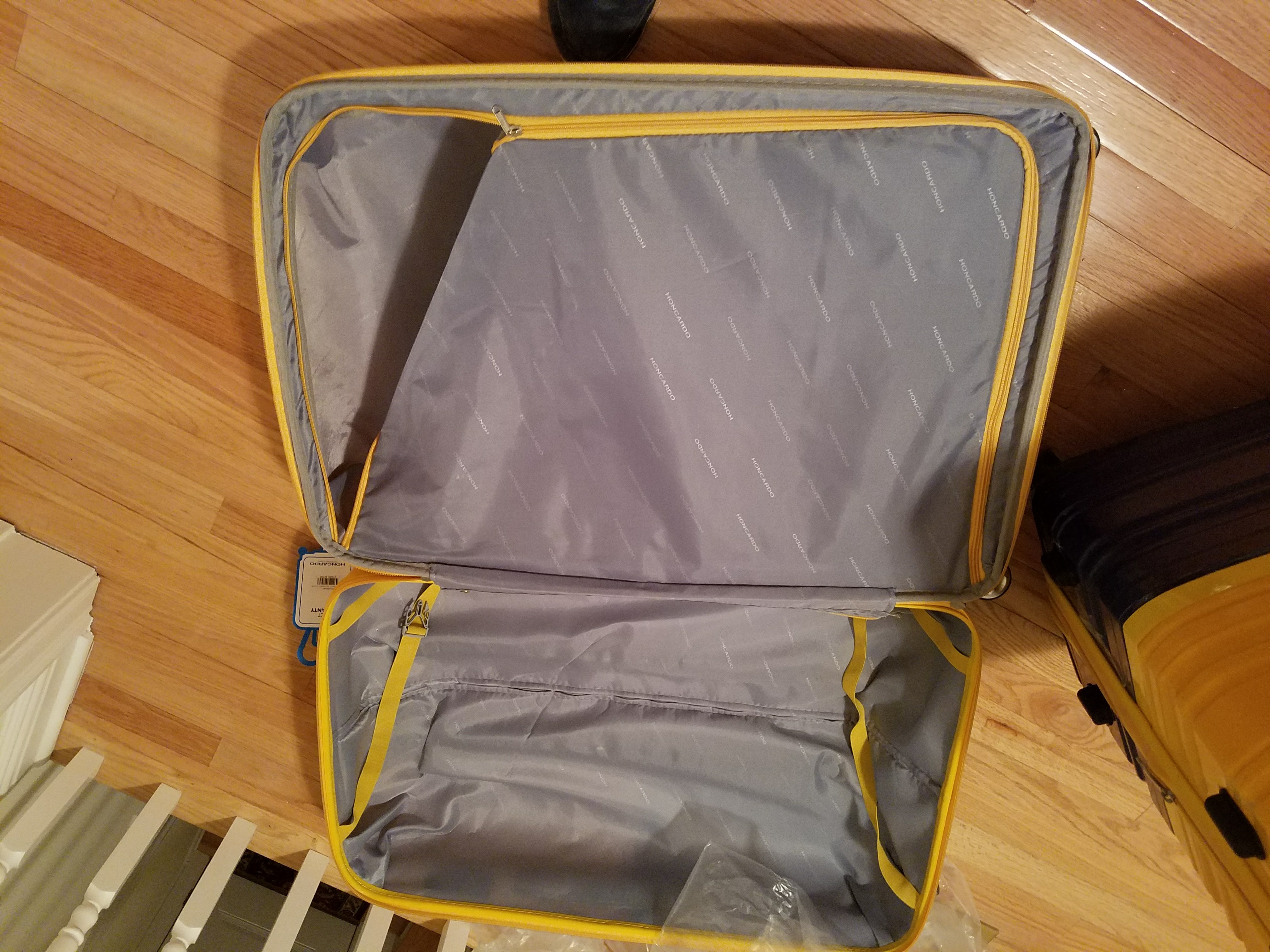 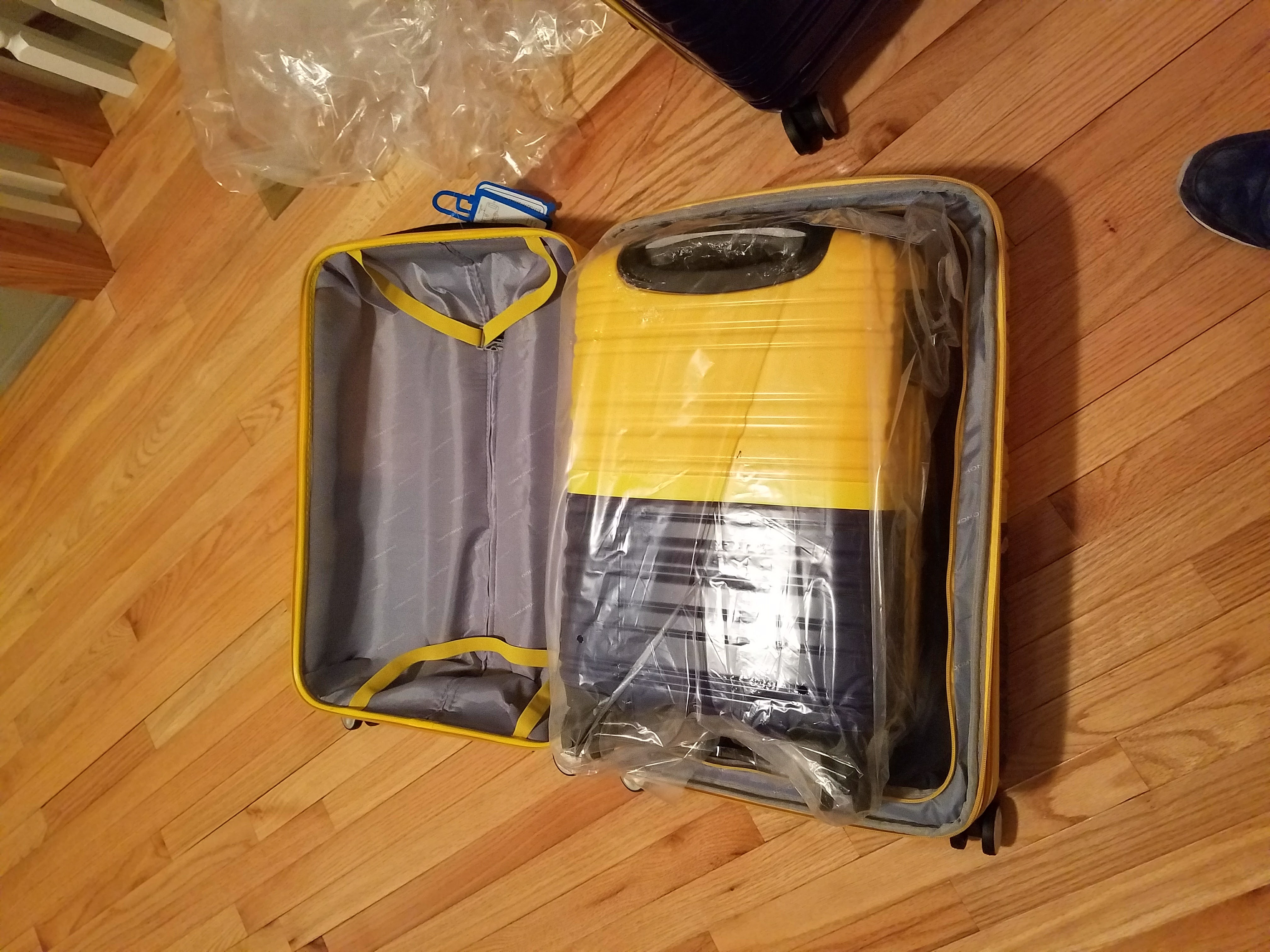 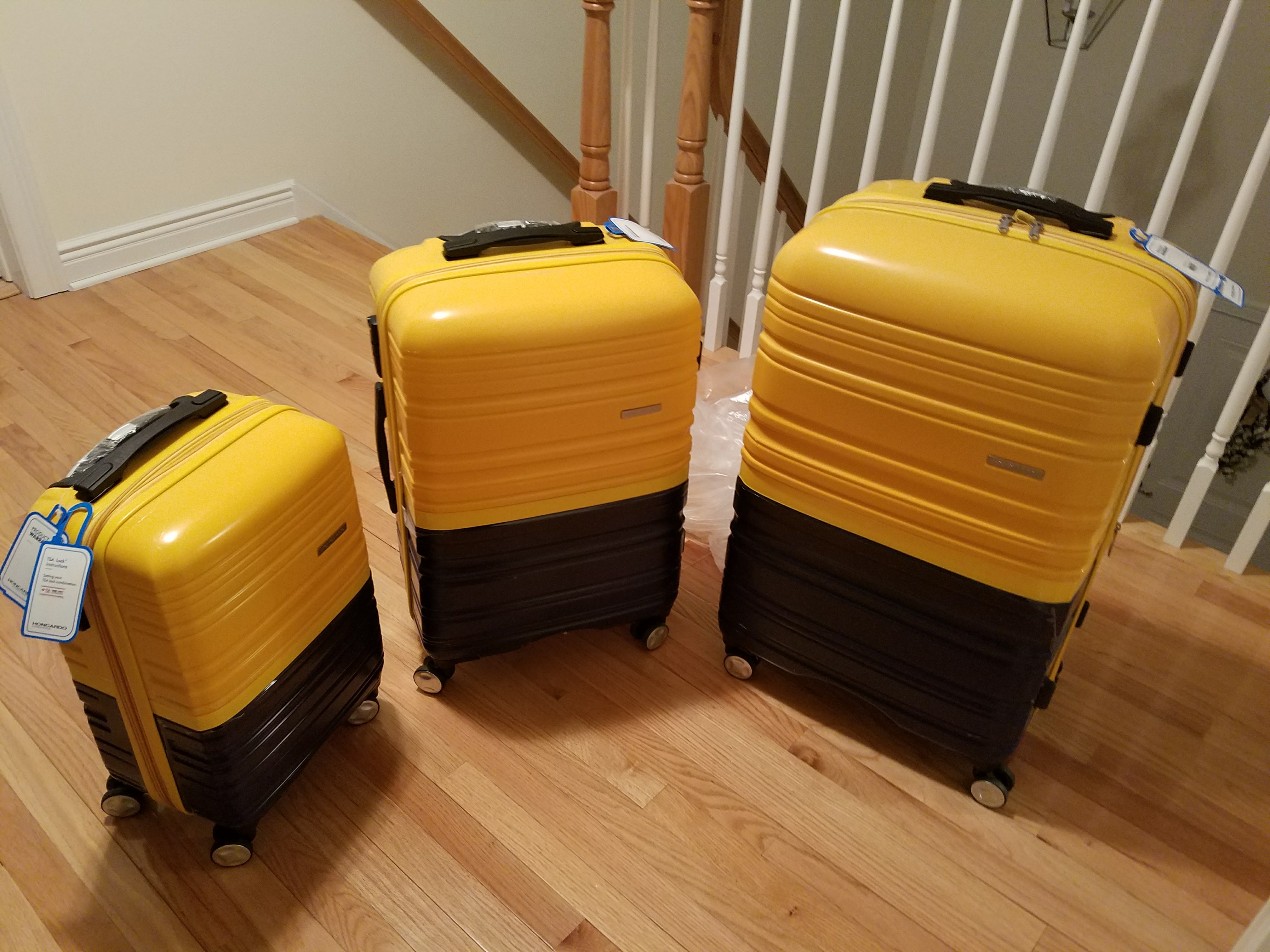 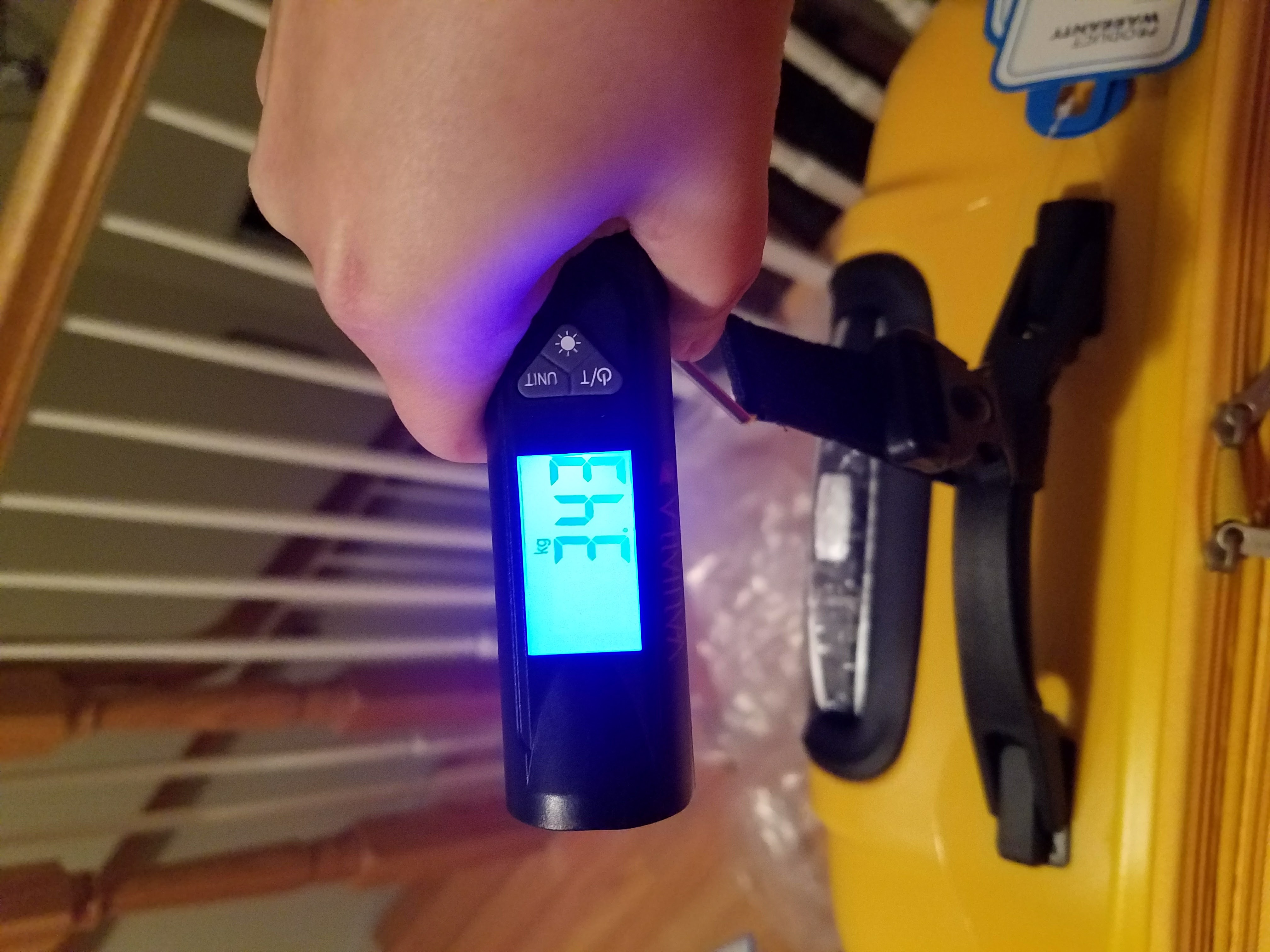 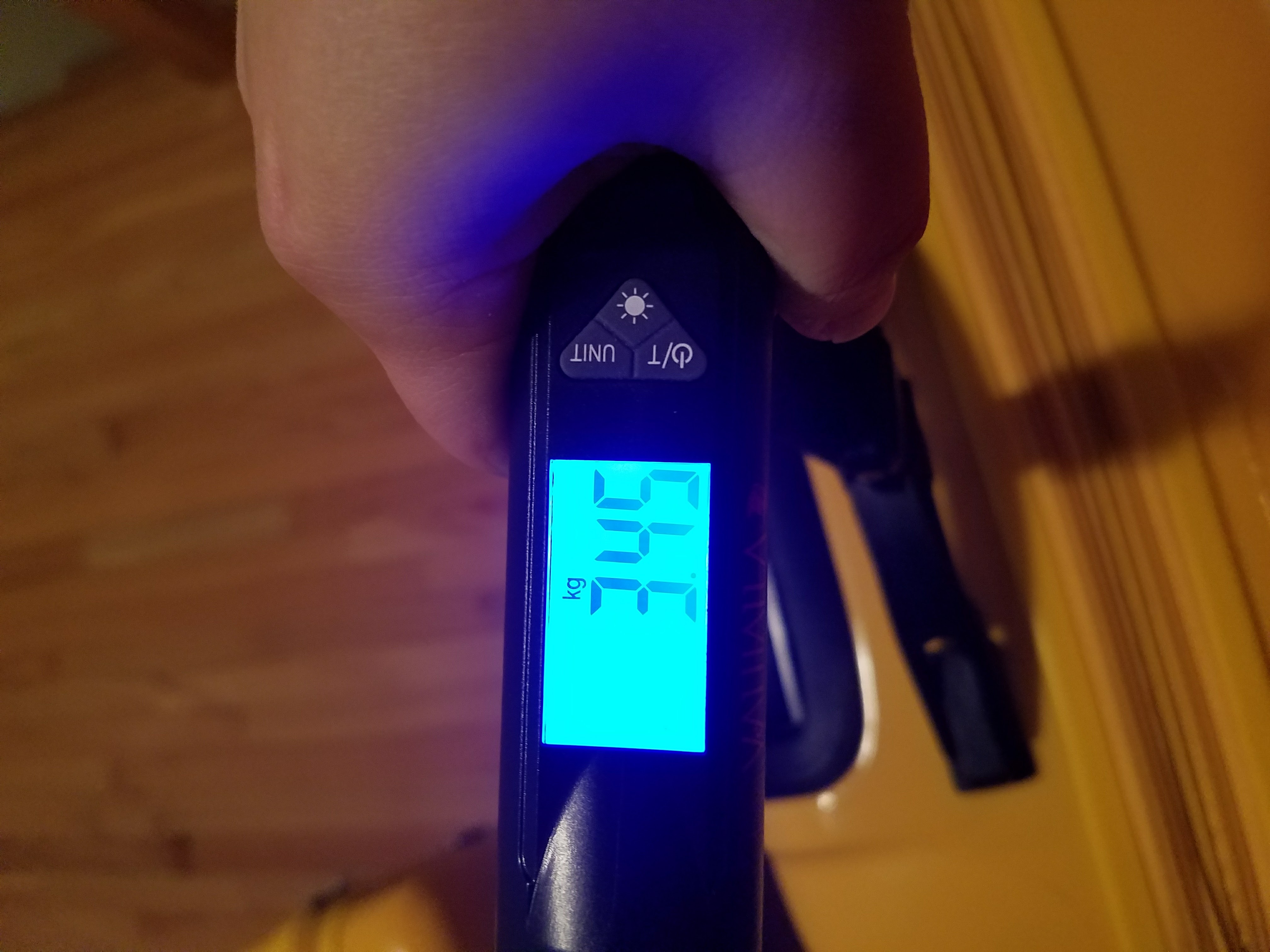 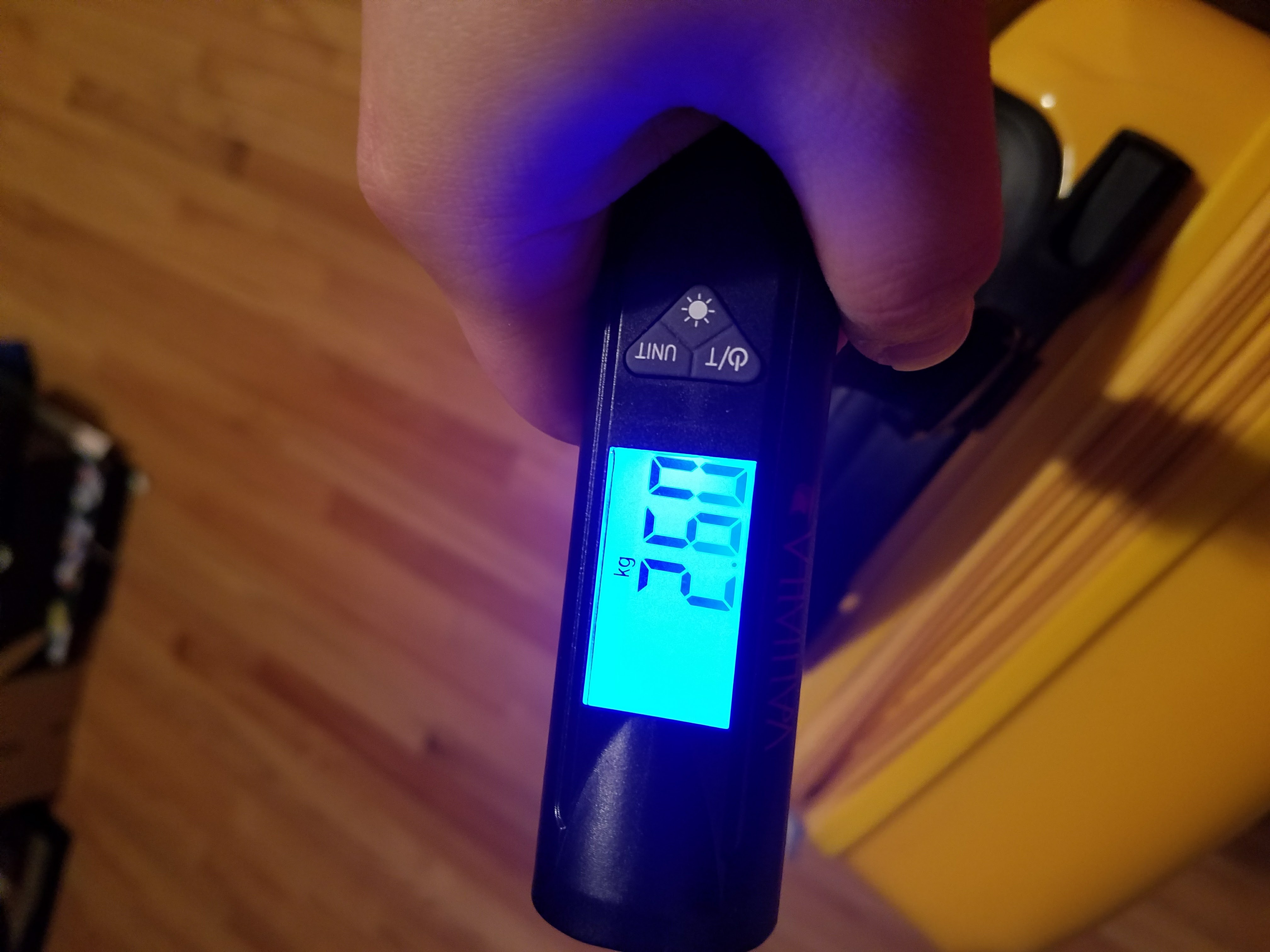 Honcardo International is specialized in luggage and travel accessories.  Each collection is designed with high quality, durability and performance in mind to meet the ideals of consumers who are planning a weekend getaway, business trip, or an all-out adventure.

Check them out and get your own at Amazon!

I received this product at a discount in order to write this review, all opinions are 100% my own. 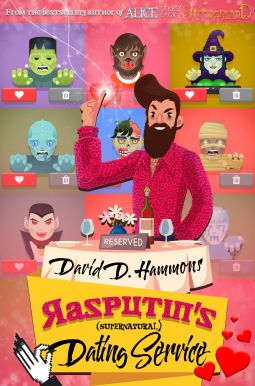 Rasputin was one of my favorite people to learn about in History class, so when I saw that this book was about him, I had to check it out! It ended up being one of the strangest books I think I have ever read.  For me, it kind of missed the mark, I think that the humor was a bit off – maybe over my head?  But if you’re looking for a quick really weird read about Frankenstein and Werewolves and all other sort of mystical and sci-fi characters, then this would be the book for you!

Monsters, ghosts, dead, undead, and Frankensteins still unsure if they’re depressed because they’re abominations against existence or if it’s just been forever since they’ve been laid, all can find love with Rasputin’s Supernatural Dating Service!
Eli Kowalski has seen his share of freaks as a Certifier for Rasputin’s Supernatural Dating Service. It’s his job to weed out the real monsters from the weirdos with too much black lipstick. While on a routine certification, he comes across the Tablet of Nicaea. A powerful witch and self-proclaimed “Men’s Rights Activist” wants to steal the tablet and use it to kill all supernatural creatures so that “nice guys” like him can have a better chance with women. Eli must unite with the supernatural policing agency, the witch’s ex-girlfriend, and the constantly-naked Rasputin to save supernatural creatures in the name of love. He’ll probably excuse himself from Rasputin’s victory orgy, though.
Rasputin’s Supernatural Dating Service casts a humorous, silly light on romance in the paranormal community. Fans of Terry Pratchett and Neil Gaiman’s Good Omens and Christopher Moore’s A Dirty Job will find similarities in the book’s comedic treatment of the supernatural.