Several months ago I had a dream.  I was backstage at a Hanson show with some of my friends and we were setting up hot plates full of food for Hanson and the crew to eat.  It was almost my birthday. We were in Stamford, CT.  I woke up thinking to myself – does Stamford even have a concert venue?  Then I realized that Stamford always has their summer Thursday evening concert series “Alive @ Five”, I saw that an announcement was set for mid-May, but promptly forgot about it, knowing I’d be too concerned with getting ready to head to Tulsa for MOE to worry about the lineup.  Then the lineup was announced – and Hanson was set to be the second weeks entertainment! And just 5 days before my birthday.  (Now if I can dream the winning lottery numbers so I’ll never miss another Hanson show again, that would be great)

We got to see some of the soundcheck, where they of course made up a fake song, went through the same song a few times, threw in a little Ghostbusters at the end of a song… there were some issues with the set up so I think that allowed for them to be on stage a bit longer, which was awesome for us but not so much for them since they were having so many different issues.

Being as it was a Connecticut show and the first time they’ve been back in 5 years, I *needed* front row.  We ended up getting there pretty early to stake our claim on a spot up front.  It was looking like we’d be home free, in the first or second row… when mother nature had other plans.  We were told that a storm was coming and if we wanted to, we could hide out in any of the local restaurants.  Of course, if we left our spot, we’d never be able to get it back so we threw on ponchos and raincoats and stood in the rain for about 15 mins waiting for the storm to pass.  It was windy, the tents that had been set up for the festival were flying all over the place and there were a few flashes of lightning (which we had said we’d leave if we saw, but we still stayed put)

After the rain passed, DJs and entertainment from Kunjan Collective got us hyped up for the opener – Alec Chambers.  There is something about openers for Hanson that I always end up not liking them and thinking their sets are too long no matter how good they are, because I just can’t wait to see Hanson.  This was no different.  I’m sure Alec is wonderful outside of Hanson concerts and since he’s local perhaps I should give him another chance some other time.  But I just wanted Hanson on stage!

After Alec’s set there was some more hype from JHype and Theo from Kunjan Collective and then finally, just after 7, it was time for Hanson!  I wasn’t sure what kind of set we were going to get, as their most recent shows were done for the US Navy overseas and I hadn’t seen any of the setlists.  We figured a fair mix of the singles since it was more of a casual crowd but I have to say I was really, really pleased with the setlist! Taylor had mentioned they’d save Runaway Run for the show and I think if they came out and only sang that I’d have been happy! They opened and closed with a cover, but the rest of the set was all originals. Taylor did trick me a bit when I was writing out the setlist – I often will hear a couple opening notes and be able to tweet out or write down what the song will be before they even started singing it.  Before one song Taylor talked about how they had an album called Anthem… and everything was leading into them performing “Get the Girl Back” but then Taylor said… “And the girl is named PENNY!” and they ended up doing Penny and Me.  Get the Girl Back didn’t come for a few songs later.  I think he was more confused than trying to trick me though 😉 The show was over by about 9:30 and we opted to head right home instead of try and get pics with the guys, because it looked like a bit of a crowd had formed by where they would be coming out.

I wish that show meant I’d be seeing them more, but while I am trying to figure out a trip to Disney World to see them this fall, I will have to wait until next year for their big world tour to see them do a full set again.  It seems so far away! 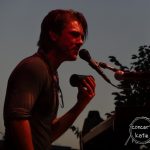 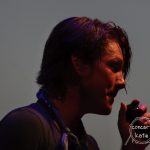 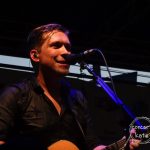 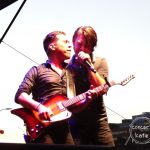 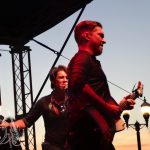 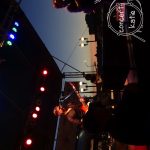 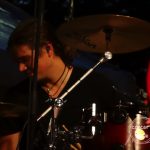 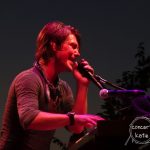 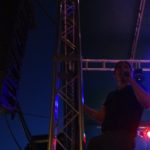 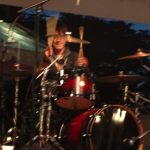 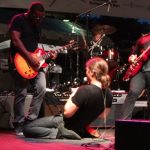 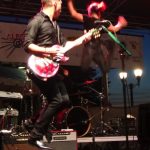 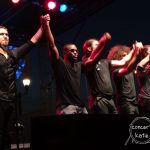 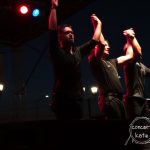