Book Review: This One Moment 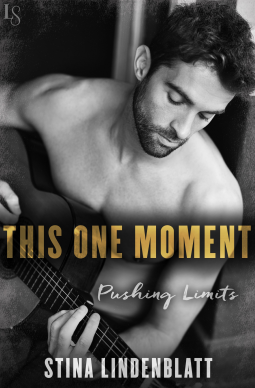 I liked This One Moment because in addition to being a rock star romance, it also had the element of a mystery with it. The story follows “Tyler” who is in the band Pushing Limits.  Before he ran away from his old life and became Tyler the rockstar, he was Nolan Kincaid.  He pretty much “ghosted” his best friend Hailey in an effort to leave everything from his past behind, despite the fact that he has been in love with her.

When he gets a call from the only friend from his old life telling him that Hailey is in a coma, he rushes home to be by her side.  Both of their lives have changed significantly since Nolan skipped town and I can’t help but think that things would have been a lot different for these two if they just communicated! (But then we wouldn’t have a book to read, would we?)  Nolan doesn’t want to leave until they find out who attacked Hailey, but is forced to head back to LA to do some damage control and work on his bands new album.

Will they find out who attacked Hailey? Will Nolan choose to be in a fake relationship with the starlet Alyssa? Can Nolan face the demons from his past and move on from them? Find out all this – and more! in This One Moment.

This seems like it is the first book in a series, so I am interested in seeing what the rest will be about – whether it be more of Nolan or the rest of his band.  I liked this author’s writing style and although I should have gone to sleep and left part of this book for another day, I had to stay up all night to finish it and see what happened!

Fame, fortune, and stadiums full of screaming fans are right around the corner for the rock band at the heart of Stina Lindenblatt’s steamy, intense Pushing Limits series. But it’s an epic love affair that steals the show in this opening act.

When Nolan Kincaid skipped town to chase the music career of his dreams, he knew he wouldn’t miss the reminders of his broken family—he wasn’t so sure he could forget the girl he left behind. Now his band is touring nonstop, the recording sessions go all night, and the groupies are crazed. But when he hears that Hailey Wilkins is in trouble, he drops everything.

Hailey thought she’d missed her chance with Nolan. Five years ago, the moment she realized she loved him was the moment he decided to leave. Now, when a brutal assault lands her in the ICU, Nolan flies straight to her bedside, acting like nothing’s changed. What’s a rock star like him doing, canceling shows and risking his record deal, just to nurse an old friend back to health? And why should Hailey believe he’ll stay this time?

With her attacker still at large, Nolan’s ready to rise to the occasion. He knows he let Hailey down once before, but he’s ready to give her everything, heart and soul—and he’ll fight for the chance to prove it.

Includes a special message from the editor, as well as an excerpt from another Loveswept title.