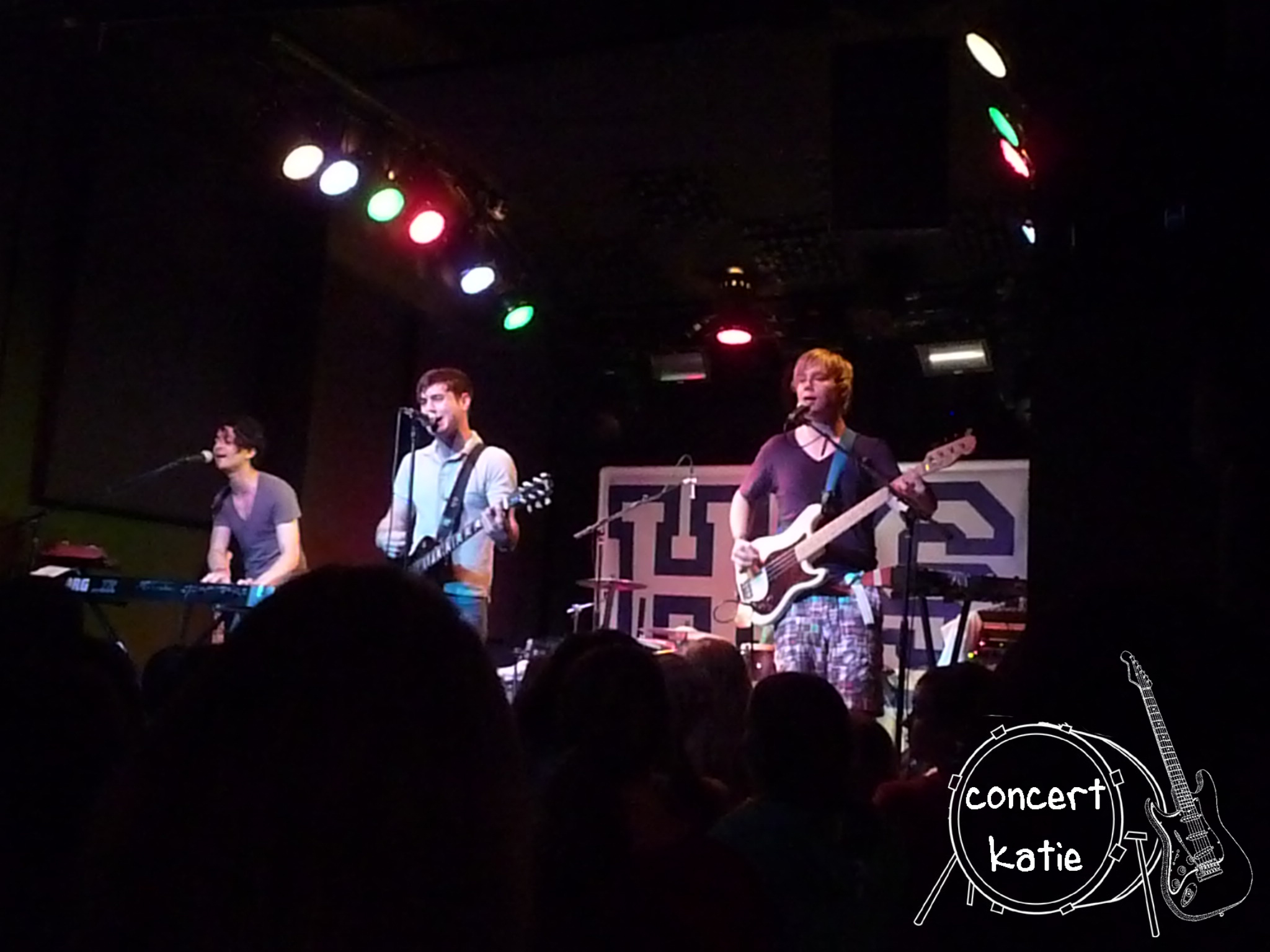 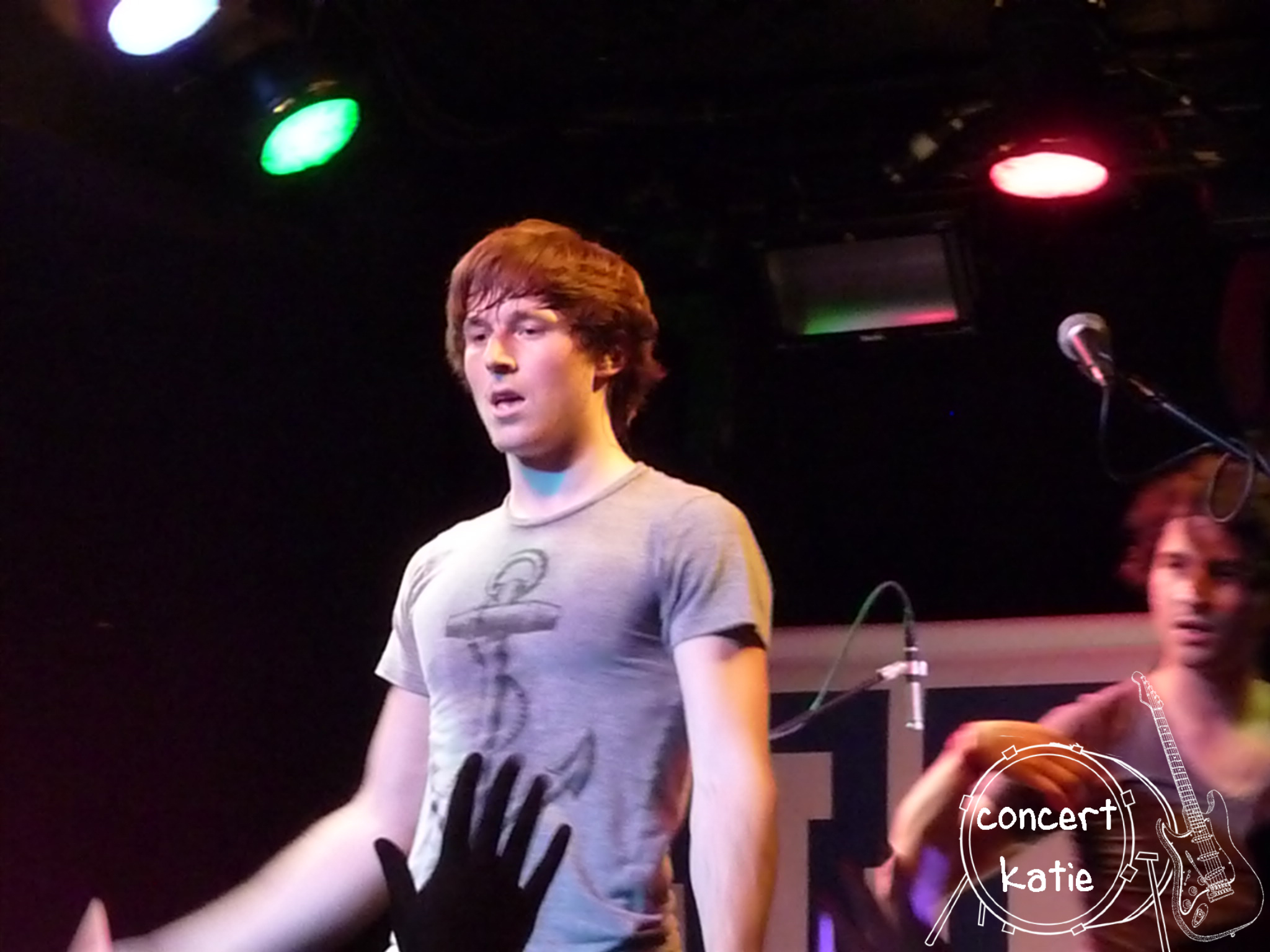 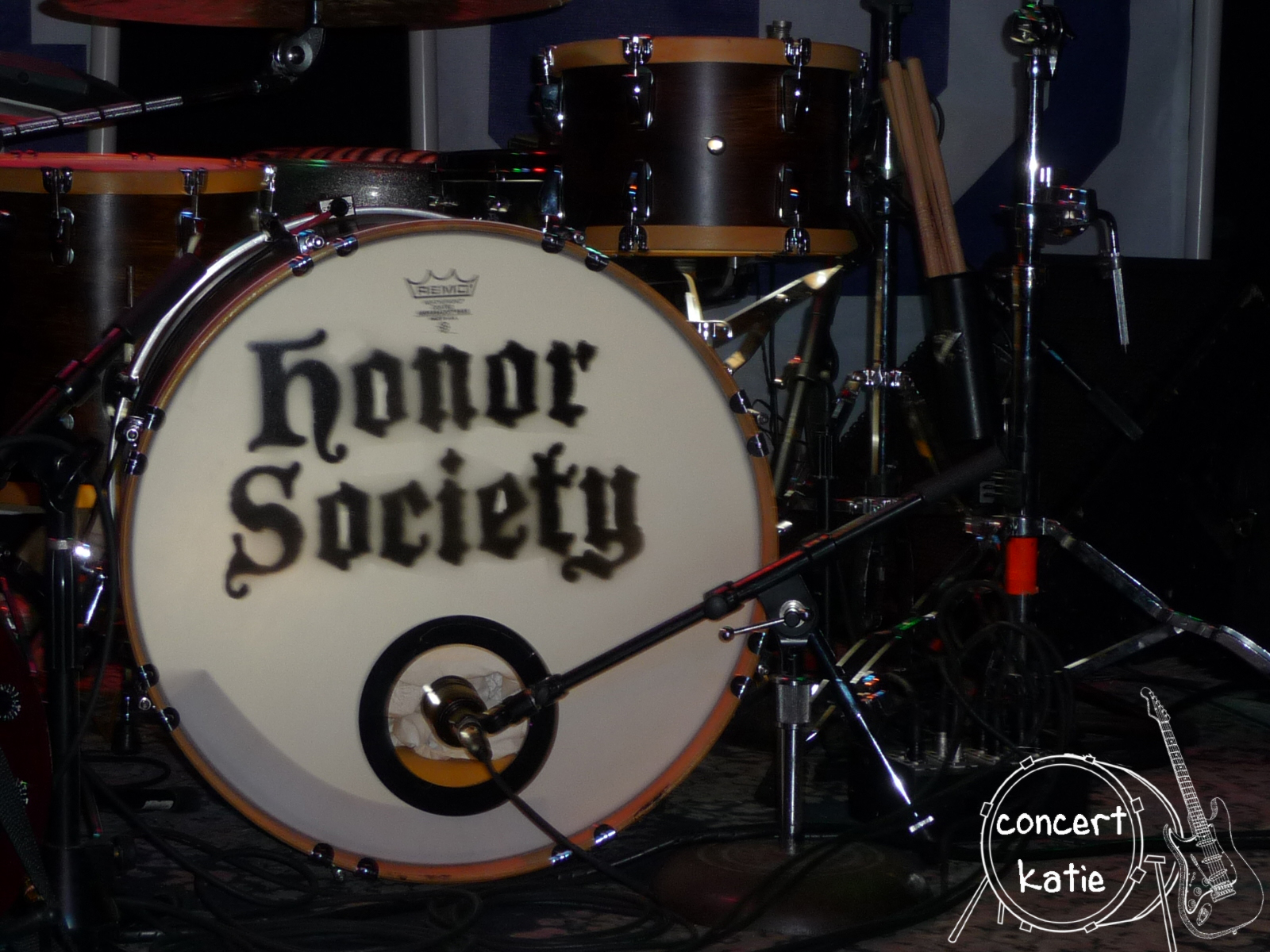 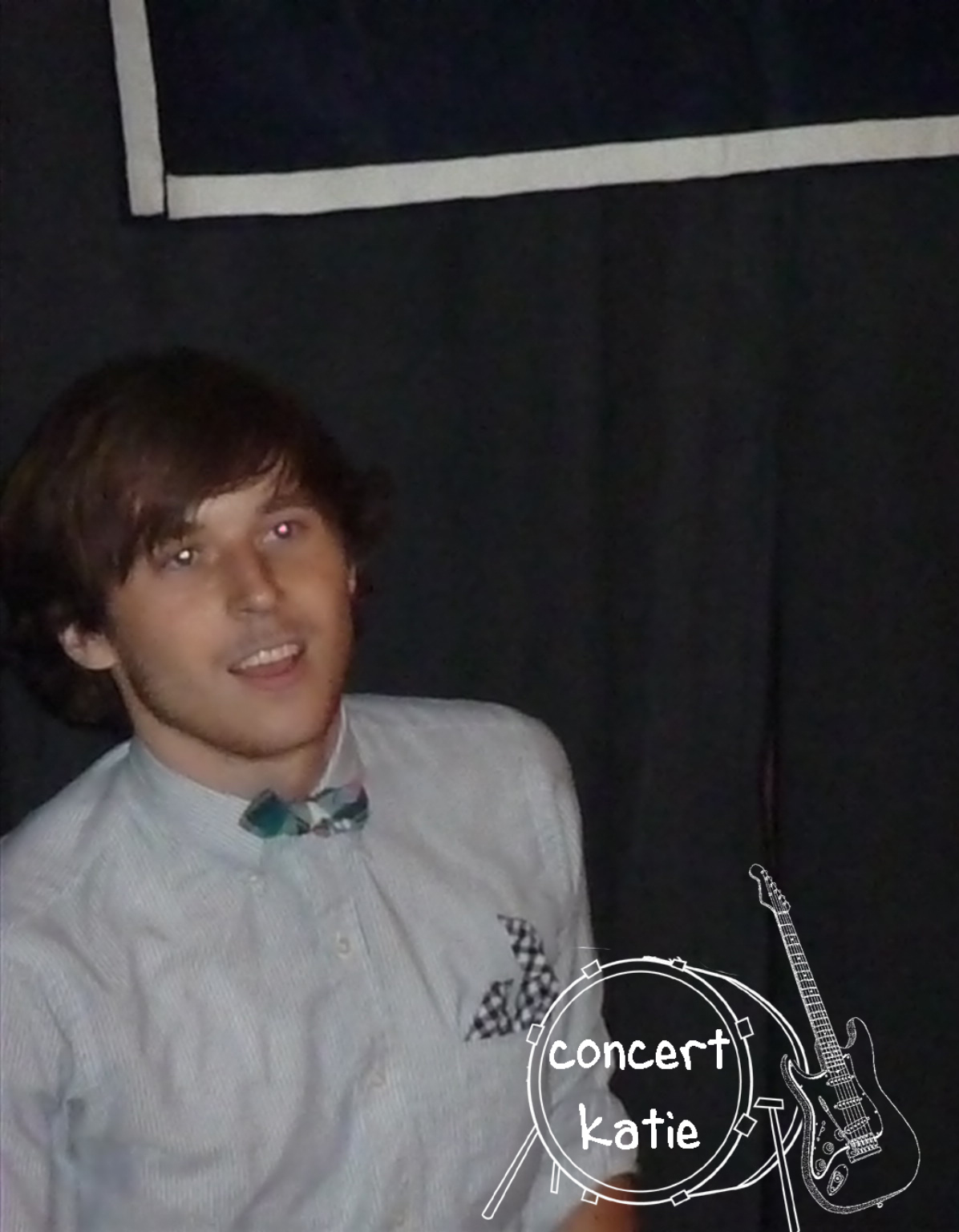 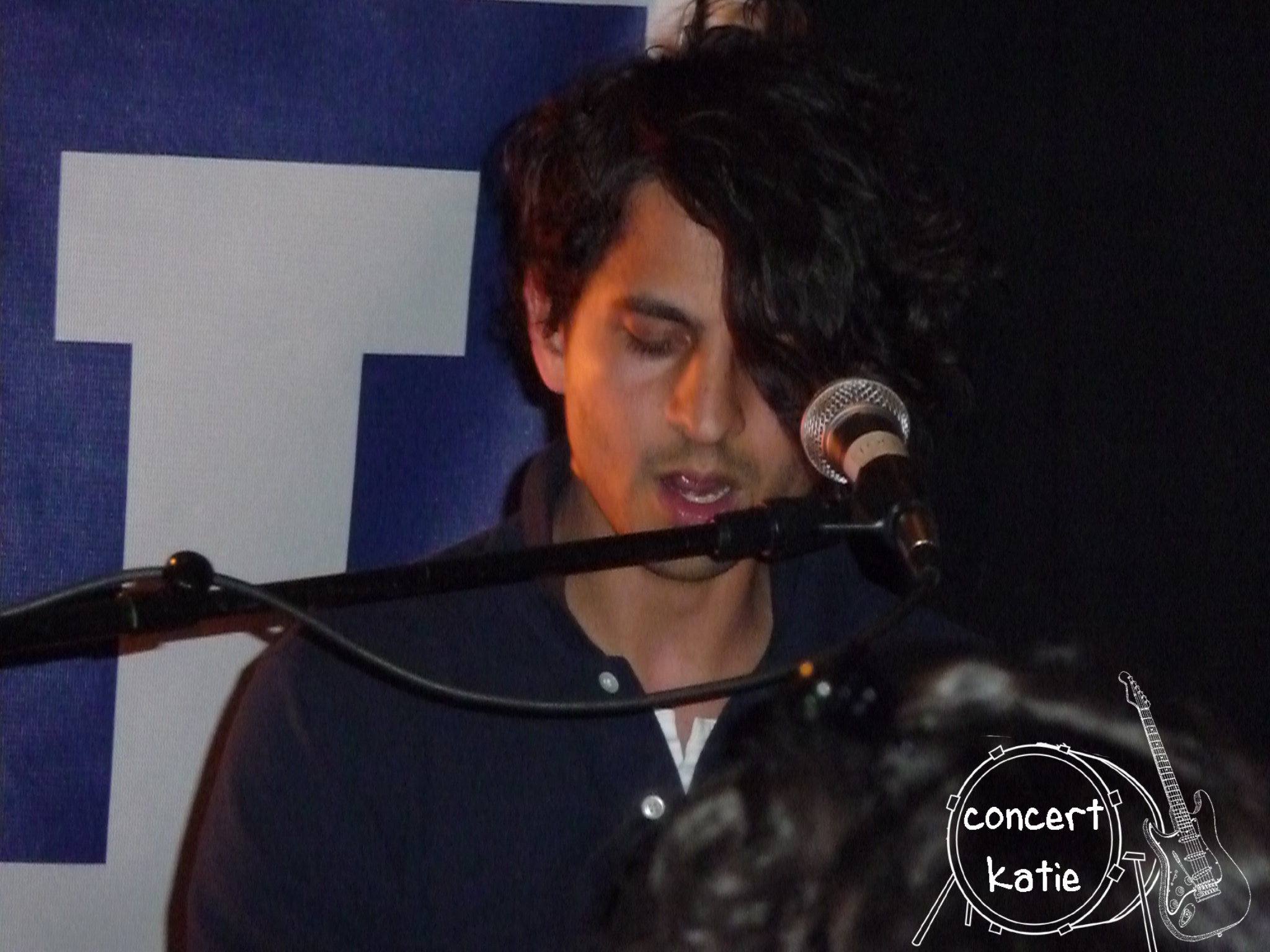 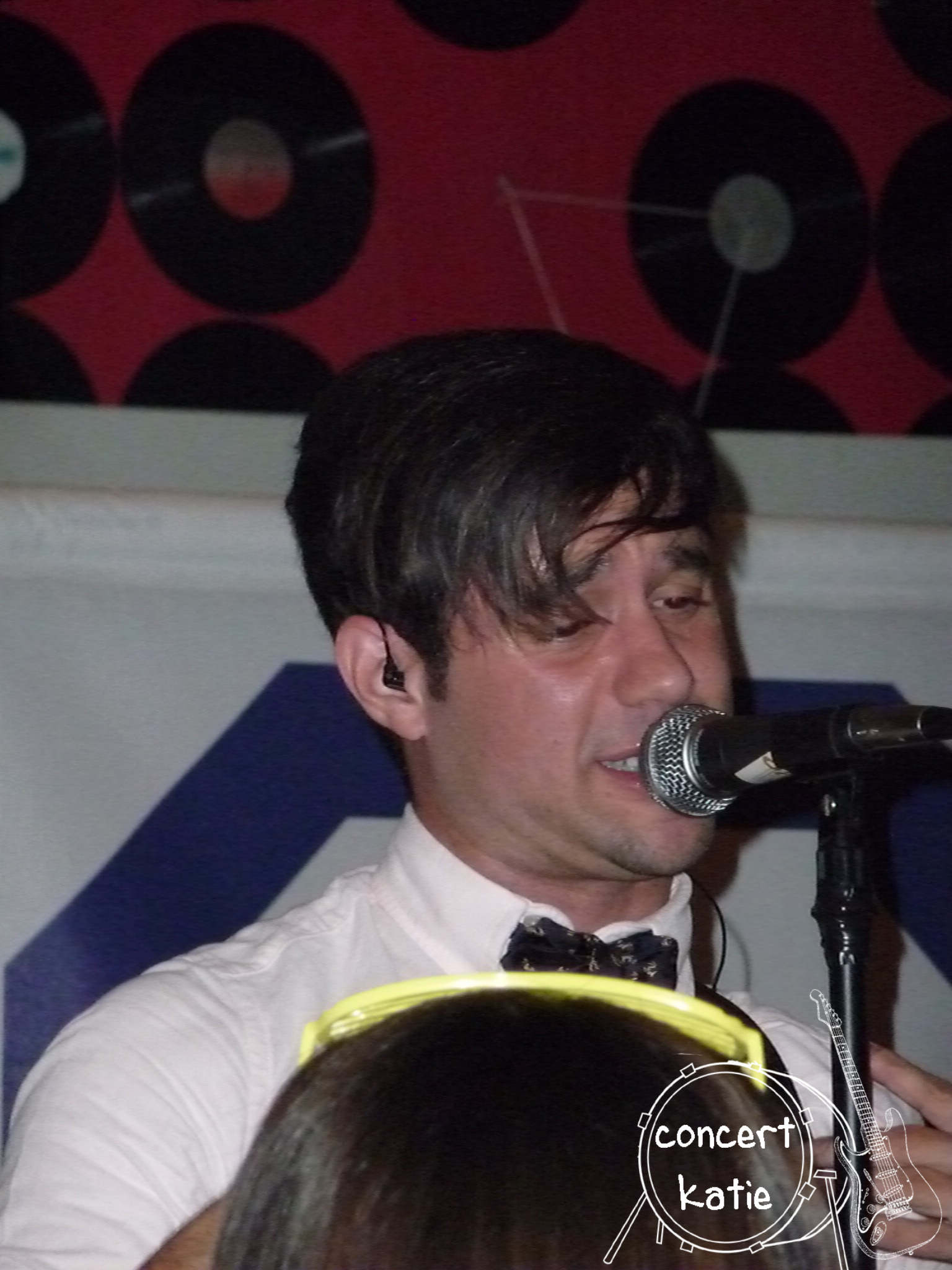 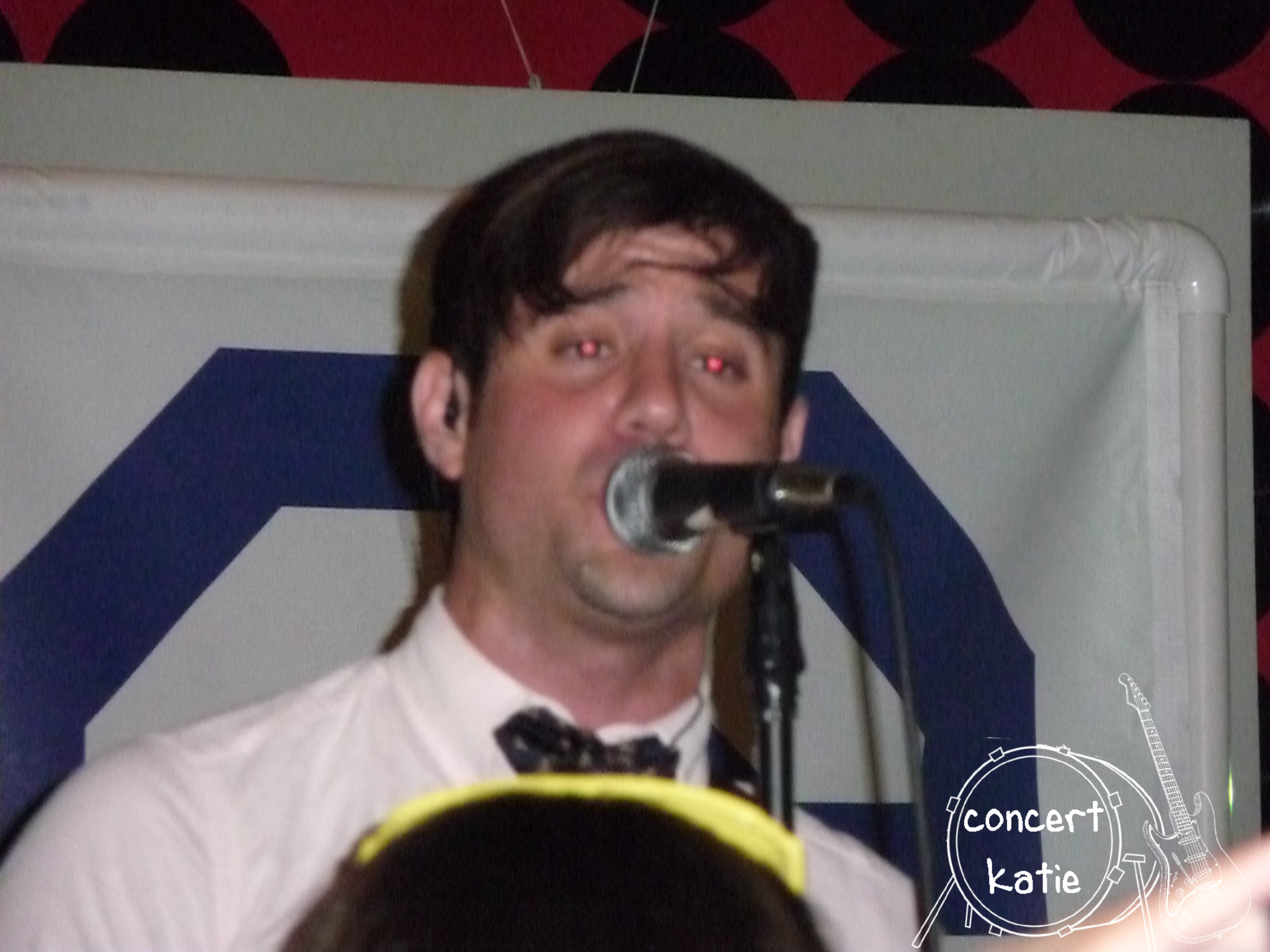 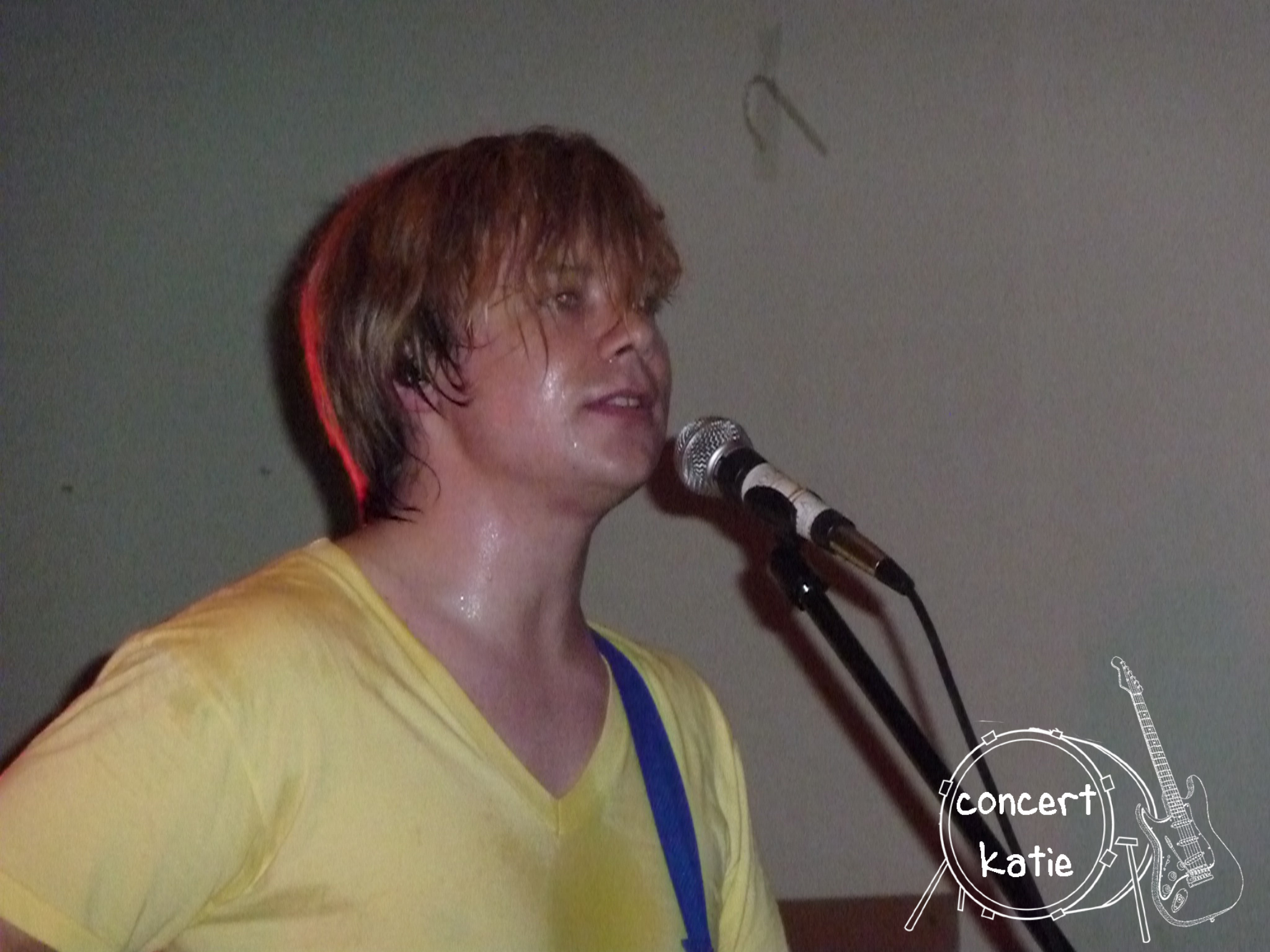 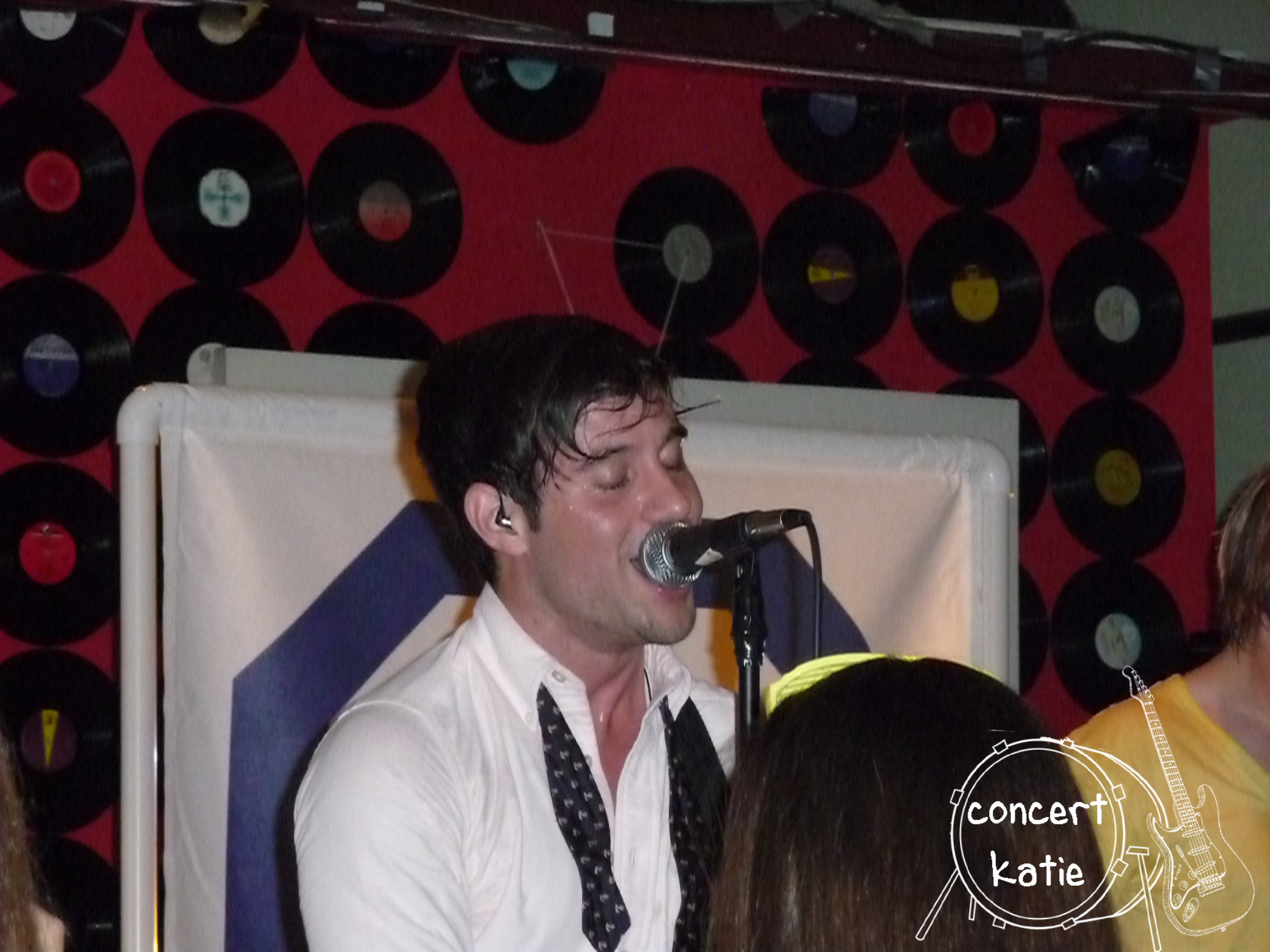 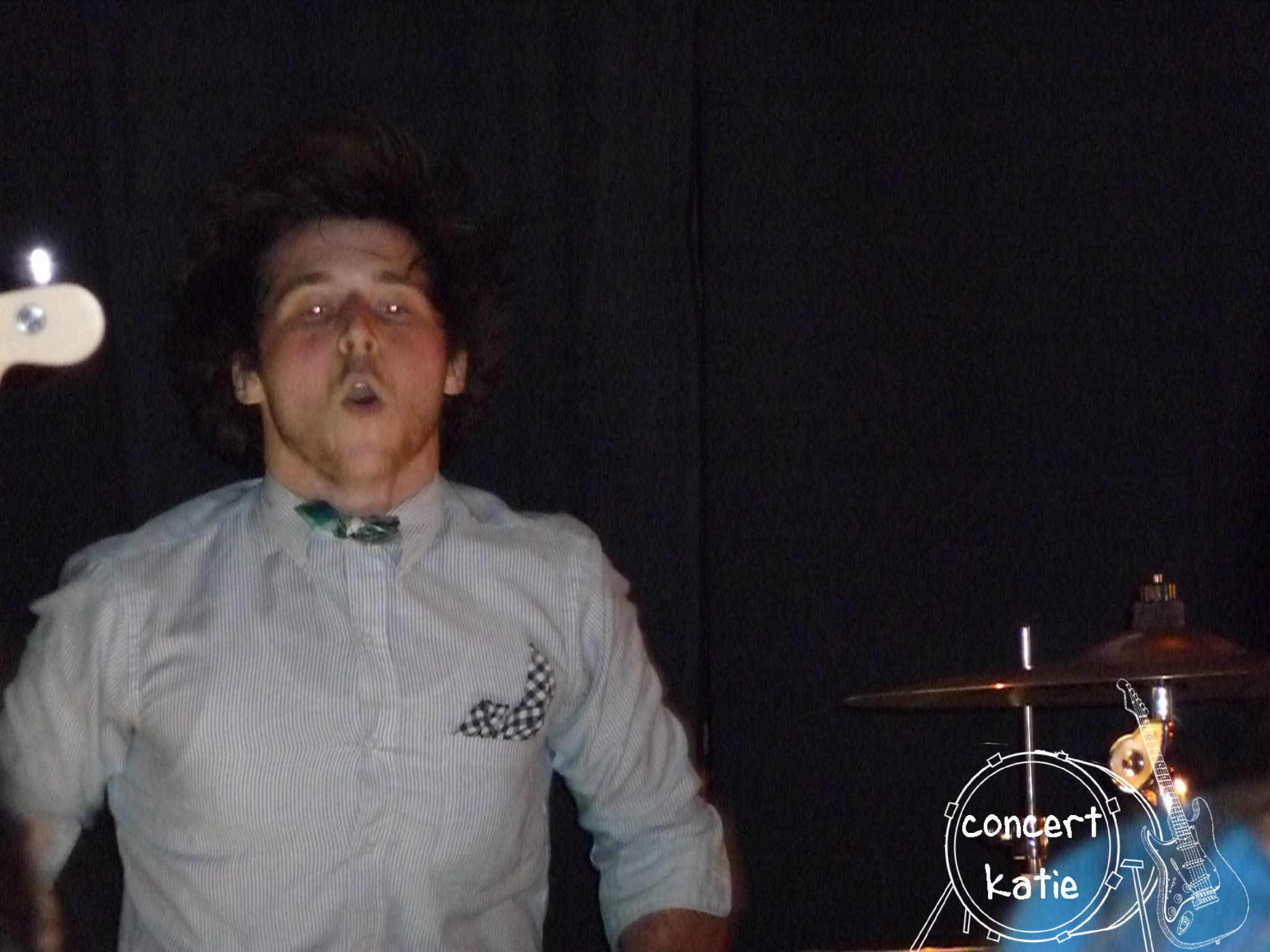 Due to the fact that I can’t seem to properly count… Honor Society shows #1 and #2 are in one post here.  It’s kind of funny that I was just looking back on where it all began, 8 years ago, and then they finally released their documentary – 3 years in the making just around the same time as my “fanniversary” and the fan site I had dedicated to them expiring (which I had already decided that I was not going to renew.)  It would be an understatement to say that Honor Society was a huge part of my life during the years that they were active. I honestly haven’t listened to much of their stuff at all since the break up, 3 years, it’s just too hard to – too many memories come flooding back.  I wasn’t even sure I wanted to watch the documentary, but I did and promised myself I wasn’t going to cry.  For the most part, the documentary was happy and it was nice to see all the shows I was at (and say “I was there, I was there, I was there” as they were mentioning different shows and tours!) but I did end up crying with about 3 minutes left to go. THREE MINUTES.  Ugh.  I tried!   It’s crazy to look back at these pictures. Wow.

Wednesday night the Honda Civic Tour / Future Now Tour made a stop at the Mohegan Sun Arena in Uncasville (or, based on the hashtags they were encouraging us to use on the screens, Hartford.)  Before the show, Nick Jonas had a soundcheck Party for those who pre-ordered his album through his website.  Of course, this was Part I of Christine and Katie do stupid things (for that day – I’ve lost count of how many we’re at now) and arrived at the venue at 2:15, as we were told… and spent the rest of the day waiting in line.

Mike Posner was the opening act, who I was not at all looking forward to seeing. His set appeared to be relatively short – until he sat at the end of the stage for a bit and then started… a poem of sorts that started with “I am Jesus Christ” (read a sort of transcript here: https://www.evernote.com/shard/s535/sh/c36328dd-3b41-491f-afd7-b5f3f7f83b43/1768dc183d95be0bef93d382187fc59d)  To me, it didn’t seem like the right place or the right time and if we didn’t love distractions he wouldn’t have a career and a million dollars to spend on girls and shoes (distractions!) It just totally rubbed me the wrong way and I was left so dumbfounded over it, I kind of couldn’t get into Nick’s set for a bit because I was still just like… wtf?  Seriously regretted our earlier plans to miss his set after that!!

Nick started off the show, then Demi and they did some songs together as well.  At one point Nick was giving Demi a compliment, I think he said that she had been singing her ass off, but Demi couldn’t hear him so he had to repeat it.  The stage set up was really cool too, the backdrop of the stage was basically a giant screen – filled with all sorts of imagery throughout the sets and of course – BACON.

Overall it was a really fun tour and I am glad that we had such great seats to check it out! 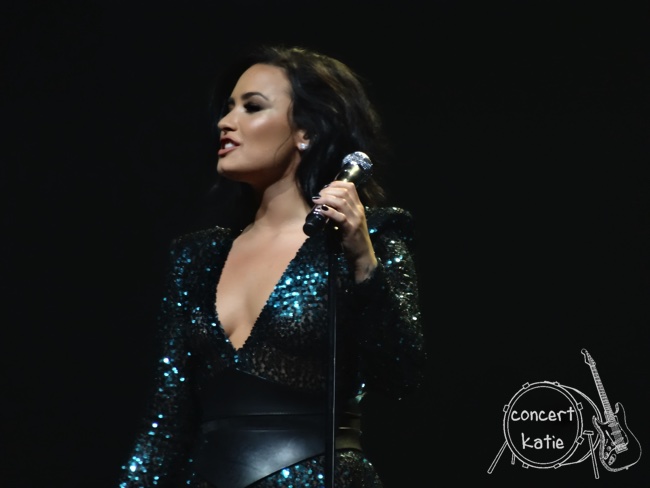 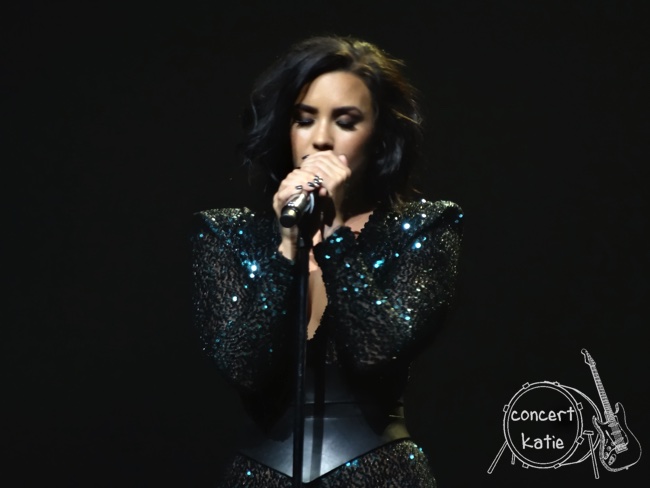 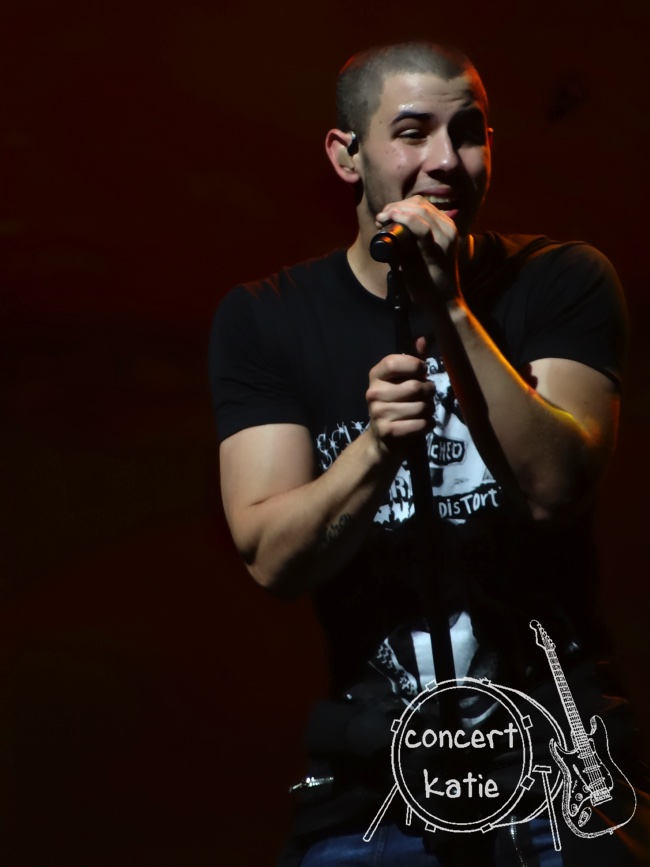 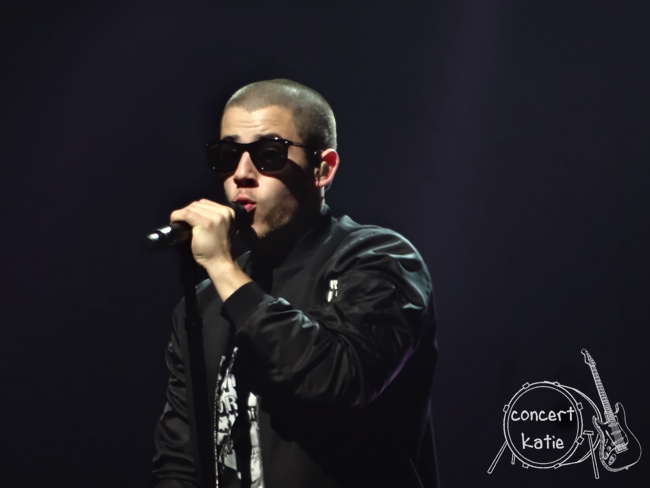 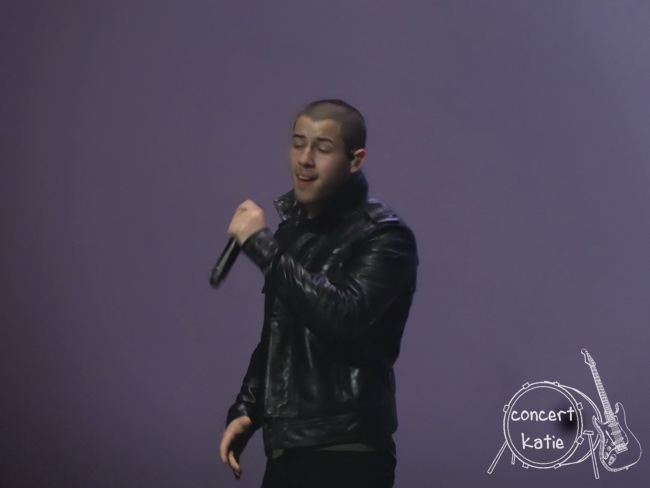