Parachute at The Warehouse July 28

August 8, 2016 by ConcertKatie No Comments

Back in July, Parachute brought the second leg of their Wide Awake tour to The Warehouse in Fairfield, CT.  I was glad that CT got a show on BOTH legs of the tour – that is really rare!  My friend Natalie had won M&G passes from Tunespeak and was nice enough to invite me along, so before the show I got to see a brief set (performance of “Ghost”), meet the guys and get a pic as well as be featured in one of their snapchat videos “visoring”.  It was a lot of fun, and then we snagged some seats up on the mezz area at The Warehouse. Previously I had only been on the floor so it was nice to get a new perspective!

The show was a lot of fun and they even did several songs in a row without a break – Will just kept yelling “NEXT SONG!” and the rolled right through them all.  Will also told a story about how they used to play a teen center in CT a lot back in the day and one time Paul Simon’s son was in the band that was opening for them and he so badly wanted to meet Paul that he offered to carry the kid’s guitar to the car when he got picked up (he was sure to ask to see if the kid could drive or not before hand lol) and then when he went to the driver to say hey – it was his grandfather not father.

They did Forever and Always as a trio at one mic and after it was over Will said – no more crying! And before they started their encore song they said they never knew if people were going to cheer for them to come back out and if they didn’t, they just go change into sweatpants and have a great night.

These guys put on a great show and they said they will have to come back to CT more often so I hope that they do! 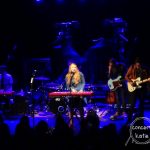 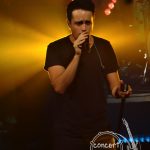 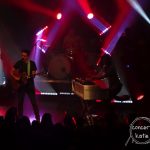 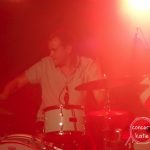 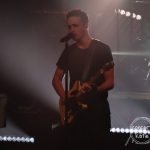 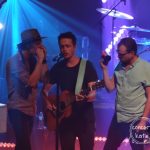 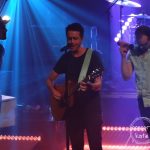 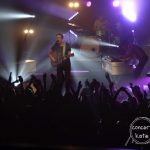