March 9, 2016 by ConcertKatie No Comments 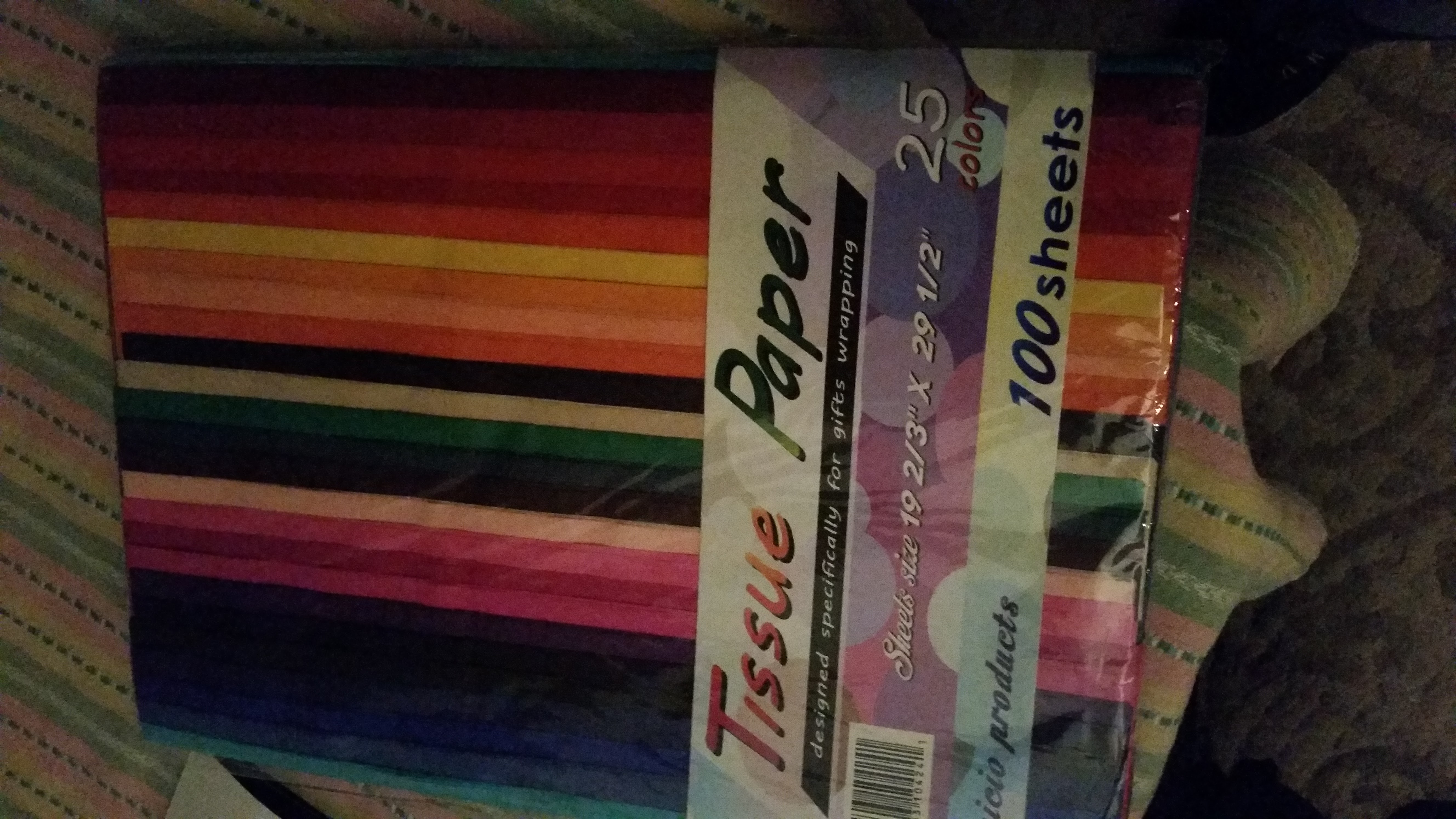 I love giving gifts in gift bags, it makes awkward sized packages so much easier to carry, but I’m always not sure what kind of tissue paper to use in order to make the bag look even more festive.  Just plain white? Or should I go all out with colors?

For $15.90 on Amazon you can get a package of high quality deluxe colored tissue paper that is used by merchants and craft enthusiasts alike.  The first thing I noticed about this package when I opened it was how much heavier it is than other tissue paper I have used in the past.  The colors are well organized and packaged to avoid being damaged in transit and they are heavyweight and larger than the sheets you may be used to.

In addition to using them for gift wrapping, I am thinking about using them for some of my scrapbook projects as well.  You know how much I love confetti… I think this paper would make some great confetti to add to scrapbook pages and I’m sure there are a lot of other possibilities as well!

I received this product at a deep discount in order to write this review, I was not otherwise compensated.

David Cook at The Warehouse

Sunday night David Cook played The Warehouse in Fairfield, CT.  Originally he was scheduled to play Stage One, but after multiple changes in the set up for the show he ended up at the larger, newer venue which I had not yet been to.  Opening up for the evening was one of my favorites, Tony Lucca! Tony did a Periscope of his show which I tried to watch Monday night but it expired about 5 seconds in on me because it was 24 hours old.  Need to keep that in mind for next time I want to use a periscope to figure out a setlist.  I did remember a few of his songs and they are listed at the end of the post. (If anyone was there or saw the periscope and knows the rest let me know what I’m missing!)

Funny story – the girl behind me was going on and on about how much she loves David Cook and he is her favorite ever and she is his #1 fan and whyyyy must there be an opening act!?  I was texting with my friend and told her “she’ll like him” before he hit the stage because we knew Tony would for sure win her over… so I wasn’t at ALL surprised when his set ended and he walked off the stage and she said… “I think I’m in love.”

David took the stage at about 9pm and played just over an hour set.  It was pretty similar set to when I saw him in November.  He thanked the crowd a lot, since we had bought so many tickets they had to move him to the bigger room and he was very thankful about that.  Before he did Declaration he went to intro the song and said “This is a song about something.”  Well, I guess that is true.  There was also a group of Hard Rock VIPs in the seats in front of me and when he checked in on them they said they wanted a personal song and for him to come in front of them and play.  He came over and did a bit of the riff from “Sweet Home Alabama” and then went back to the mic and did some of 500 miles. (Is that the name of that song? I don’t think so.)  Later on people were yelling things out and he thought they yelled for Freebird so he did a little bit of it and said that was all of the song he knew.  But people were yelling out about their birthday so he had everyone who was having a birthday raise their hand and then said happy birthday to them all.

The encore was 4 songs – including his new single Broken Windows and he was saying how whatever radio station we listen to, whether they play his style of music or not, we should call and request the song.  Even if they only do traffic, all day.  Or even if it is a sports talk radio that only talks about minor league lacrosse games. We should call and tell them we want to hear Dave Cook’s new song.

After the show I hung around to chat with Tony for a bit – since he had mentioned singing a song on Parenthood and he had actually canceled his show at the smaller next door venue in order to do it.  He had said the dressing room reminded him that he had played there before and I said that yes it was years ago! Somehow I always manage to make him feel super old I am pretty sure… 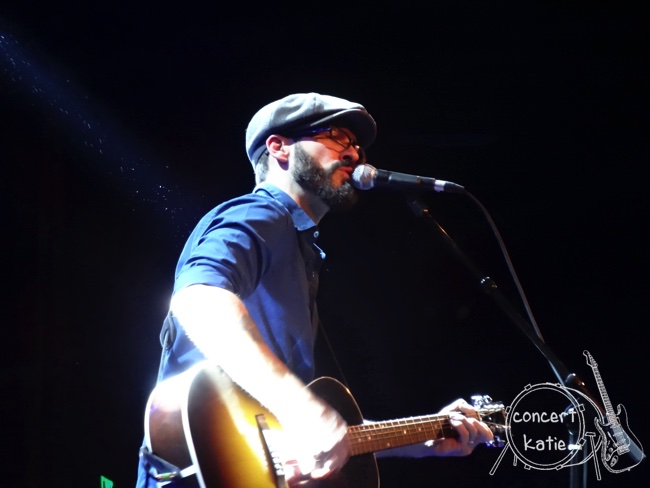 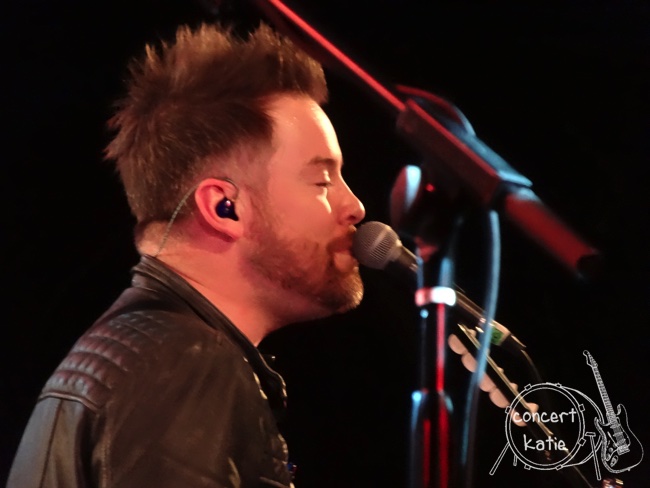 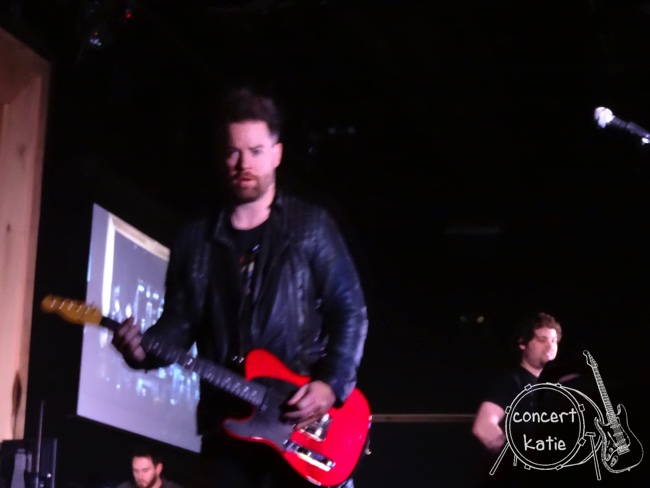 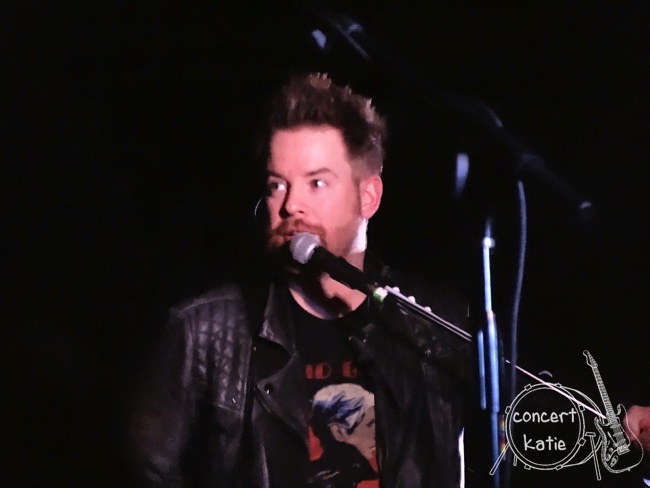 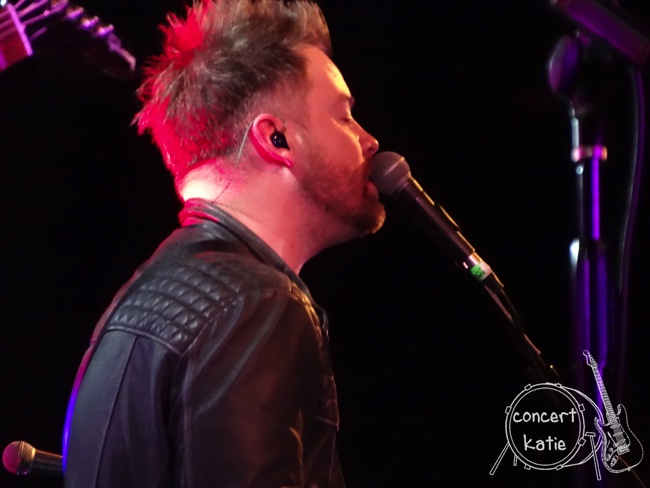