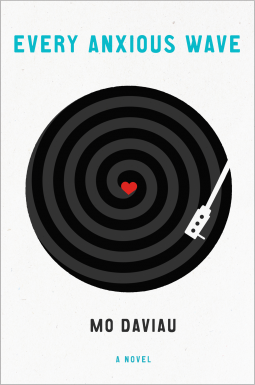 This book started out really fun.  Karl finds a wormhole in his closet and with his tech saavy friend Wayne, they figure out a way to send you back to any rock concert you want to go to, for a fee, of course.  The rules are you can only travel backwards and you can’t take any photos or audio, don’t talk to anyone, don’t touch anyone, don’t do any drinking or drugs and don’t leave the venue.  Things are going well, the two are making a lot of money…

Then Wayne decides that he wants to go back to December 1980 and save John Lennon from being killed. Karl doesn’t want to send him because he doesn’t want to mess with the past and therefore affect the future, but Wayne has him send him anyway.  Except that Karl makes a typo and ends up sending Wayne to the year 980 and can’t figure out how to get him back.

He has to find an astrophysicist to help, and that is when we meet Lena.  Lena and Karl hit it off and although she is technically Karl’s employee they begin a relationship.  But then time travel becomes more than just traveling back to see rock shows.  And things become more and more complicated as the future is being changed more and more.  Lena goes back to a defining moment in her life and changes it – and makes it so she and Karl never ended up meeting.

But the universe and time travel moves in mysterious ways and maybe they will be back together in some alternate reality… or the future.

I really liked this book. It was fun in the beginning to see what concerts everyone wanted to go to (my first thought was to see The Beatles at Shea Stadium, and of course, a ton of Hanson concerts!) But I knew that once they started altering their pasts things would get a bit crazy.  It was also interesting to see how Wayne’s life in 980 kind of paralleled where Karl ended up (I won’t give too much more than that away)  A really fun sci-fi book with a hint of rock n roll.

Good guy Karl Bender is a thirty-something bar owner whose life lacks love and meaning. When he stumbles upon a time-travelling worm hole in his closet, Karl and his best friend Wayne develop a side business selling access to people who want to travel back in time to listen to their favorite bands. It’s a pretty ingenious plan, until Karl, intending to send Wayne to 1980, transports him back to 980 instead. Though Wayne sends texts extolling the quality of life in tenth century “Mannahatta,” Karl is distraught that he can’t bring his friend back.

Enter brilliant, prickly, overweight astrophysicist, Lena Geduldig. Karl and Lena’s connection is immediate. While they work on getting Wayne back, Karl and Lena fall in love — with time travel, and each other. Unable to resist meddling with the past, Karl and Lena bounce around time. When Lena ultimately prevents her own long-ago rape, she alters the course of her life and threatens her future with Karl.

A high-spirited and engaging novel, EVERY ANXIOUS WAVE plays ball with the big questions of where we would go and who we would become if we could rewrite our pasts, as well as how to hold on to love across time.