February 19, 2016 by ConcertKatie No Comments

Quilts: Presidential and Patriotic is a look at several quilts that were made related to american history over the years. It features lots of information and photos of the quilts.  I always love to look at books about quilts simply because I am not sure I have the patience or the talent to make them but there are so many people that do and come up with such wonderful things.  The quilts in this book do not disappoint, gorgeous creations of red, white and blue honoring our great nation.  All of the fabric that has been created featuring the presidents and campaign buttons and other historical items are pretty cool to see too.  Some of the detail put into embroidered faces of the presidents is amazing, even their signatures!

A must see for any American!  I don’t think you need to be a history buff or even a quilter to see that there is some real talent in these pages!

Throughout our country’s history, quiltmakers have honored America’s presidents in their quiltmaking. Featuring more than 330 images with insightful explanations, this book looks at the presidential quilts and patriotic quilts that have been made by American quilters. From the presidencies of George Washington through Barack Obama, the quilts—along with intriguing quilt-related comments from newspapers of the times—help us enjoy American history, and reflect on how quilt history has chosen to remember the US presidents. Also highlighted are 43 gorgeous newly-made quilts representing each of the United States presidents to date. Each measures twenty-four inches square, and is constructed in a pattern and fabric historically accurate to the leader’s presidential term of office; their makers are quilt historians and enthusiasts affiliated with the American Quilt Study Group. 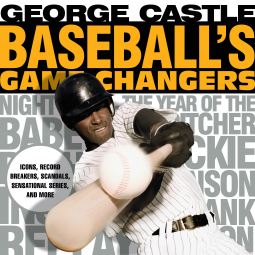 Baseball’s Game Changers focuses on 50 items that changed the game of baseball whether it be players, rules, breaking of rules, etc.  The author has ranked them by how they have altered the game.  Some of the people featured are Babe Ruth and Jackie Robinson.  Other game changers is Television contracts and of course the book wouldn’t be complete without talking about all the steroid scandals as well.  Some of the changes were for the better of the game and others were not.  I think that any baseball fan would enjoy reading this book and seeing how the authors list matches up with their own!

The first book in the new Lyons Press GAME CHANGERS sports series answers the questions: What were the 50 most revolutionary personalities, rules, pieces of equipment, controversies, organizational changes, radio and television advancements, and more in the history National Pastime? And how, exactly, did they forever change the game? Baseball’s Game Changers offers fascinating, detailed explanations along with a ranking system from 1 to 50 that is sure to inspire debate among baseball aficionados. Ranging from each sport’s beginnings to today and tackling on-the-field and off-the-field developments, the Game Changers series offers a history of each sport through their turning-points and innovations. Full-color, and including 30 photos plus pull-outs and sidebars, books within the Game Changers series are important and entertaining additions to every sports fan’s library.

George Castle has covered Major League Baseball, the Chicago Cubs, and the Chicago White Sox since 1980 for a variety of newspapers and magazines, including the Times of Northwest Indiana. An author of eleven books, he hosted and produced a weekly syndicated baseball show, Diamond Gems, for 17 years and is now historian for the Chicago Baseball Museum. Castle has become a multimedia purveyor of baseball inside information and analysis, using a network of close clubhouse and front-office relationships to continually produce scoops and informative pieces that outflank other media. Castle has also appeared on a wide variety of network radio—including ESPN, Sporting News, and Sirius—and local sports-talk radio programs.He lives in Chicago. 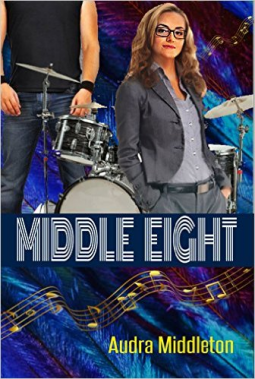 When I first started reading this book I was a bit confused because I thought it was going to be music related.  We first meet Ray and her husband is going after her with a knife, and cuts her.  She had been planning on leaving him anyway and had already been packed.  The plan that she had in her head of getting away from Joe and getting to her mother’s house seemed perfect in her head, but not so perfect as she is trying to actually put it in place.

Ray ends up at a bar and she meets a woman in the bathroom who helps give her a “makeover” so she won’t have to pay for any drinks all night.  She ends up getting really, really drunk and when she gets back to her car, it won’t start.  The drummer of the band that was playing in the club ends up letting her crash at his place for the night and subsequently several nights while she tries to figure out what she is going to do next and avoid her crazy husband who may be coming after her with a knife.

I need to mention that this book takes place in 1997 through the early 2000s – mostly insignificant aside from the fact that the whole rest of the story hinges on the fact that Ray and the drummer, Van, can’t get in contact with each other because Ray doesn’t have a cellphone and there’s no such thing as social media for them to reconnect on.  Van ends up driving Ray to her mother’s farm and leaves her there even though he wants her to come back with him.  He has to go to a gig and ends up joining the band Wanderlust because their drummer is sick and he is filling in.  Wanderlust ends up getting bigger and bigger, their biggest single being a song about Ray.  When the label wants them to move more Pop, Van tries to find his muse again (Ray) but when he goes to the farm she’s not there and his note for her with his number goes undelivered.

When Ray ends up figuring out that 4 of the songs on the band’s new CD must be about her, she finds a way to get to a show and tries to get backstage.  She sends a message to Van with a couple of roadies and hopes that it will get to him.  Once Van find out Ray is there, he comes running to her and they end up heading to the bus… Paparazzi catch them and Van has seemed to have forgot that he is currently dating America’s Sweetheart & Disney Starlet. Things go out of control and Ray worries that she may have just pulled a Yoko Ono…

Throughout it all Ray ends up with a few realizations about her life and now Van and Ray need to figure out how to smooth things over as there are shows being canceled because of picketers outside the venues!

I really liked this book and how Ray and Van figured out that they were each others “middle eight” which is describes as the “point in a song where things change up, usually after the first couple of verses.” I really loved that and I liked how they worked it into the story in several different relationships.  I’m really bummed that this is appearing to be a standalone book and there won’t be more.  The ending of the book while complete still left me wanting to find out more and what happened next!

He’s sex, drugs, and rock and roll. She’s spray bleach, spreadsheets, and check lists. Will their relationship hit the charts, or break hearts?

When the normal life Ray has always dreamed of unravels, she falls for a drummer, comes to terms with her unconventional childhood, and inevitably discovers that normal was never really in her best interest. 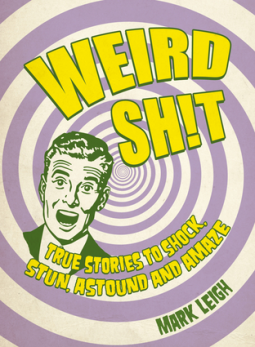 Weird Sh!t is a book full of really weird facts on all sorts of topics.  This is a quick read and you’ll be full of quirky facts that you will want to throw into conversation as often as you can.  I know that I mentioned 3 of the facts in the first evening after finishing the book that afternoon.  There are all sorts of topics and I’m sure more than a few will have you laughing or confused or just plain weirded out.  The book is called Weird Shit after all.

It’s kind of hard to review this book since it is basically just a bunch of facts, but if you are into useless and weird trivia or are just bored and want a quick read, be sure to check this one out.

Did you know? Salvador Dali sometimes wore a perfume of fish glue and cow dung to attract his then girlfriend, Gala. Have you heard, seen, or read about something so bizarre and incredible that it leaves you bamboozled for the rest of the day? No? Then you haven’t read Weird Sh!t.  This eclectic and eccentric mix of news stories, events, concepts, and conceits reveals a world removed from reality as you know it. Prepare to depart from this seemingly conventional life and arrive at a destination full of downright weird and wonderful shit.