Idol Posts Are Back!

February 9, 2016 by ConcertKatie No Comments

It’s been a few years since I last did weekly recaps of American Idol.  With this being the final season, I figured I’d bring them back.  Posts will be done on Tuesday to recap the previous weeks performances.  This week begins the Top 24 performances and my first post will be on February 16th.  Here is the schedule for the rest of the season: 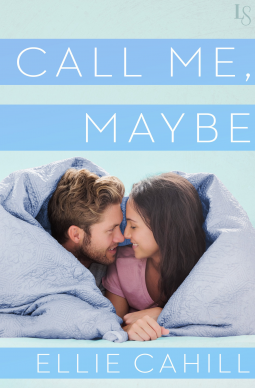 When I pick books to read based on song titles, it is usually hit or miss. Call Me, Maybe was definitely a hit. The story starts with Clementine Daly and her brother Honor flying to California from Chicago.  Clementine has her phone charging and Honor grabs it for her before they board the plane, assures her he turned it on airplane mode and tossed it in the bottom of her bag.  When she lands, she finds all sorts of frantic texts on the phone – from herself!?  It turns out that Honor had grabbed someone else’s phone instead of Clemetine’s.  Worried about revealing who she is to this mystery man, Justin, she doesn’t tell him that she is from the wealthy and powerful Daly family and doesn’t offer to buy them both new phones even though Honor suggests that she should, trying to keep the fact that she has some wealthy people’s numbers in her phone secret.

Justin and Clementine first agree to let each other know of any messages that they receive and plan to meet up later in the week once they are both back in Chicago.  Meanwhile, the two seem to form a close relationship over the phone.  But when they meet up, Clemetine still continues to keep her identity secret, and you know that it has got to be only a matter of time before Justin figures it out.  When Justin invites Clementine to be his date to a fancy party and walks in to see her Grandparents also in attendance, she knows it is only a matter of time.

The two seemed to have formed a pretty solid relationship in the short amount of time they have known each other, but will it be able to sustain the news that Clementine has been lying to Justin the whole time she has known him?

As I mentioned before, I found this book to be a hit for me.  I really liked the first half more than the second half but that may have more to do with the fact that I had to stop reading for a bit and once I have to stop reading when I am gaining momentum I never can seem to get back to the “place” where I once was with a book.  Frustrating, and also why I try to read books all in one sitting! I definitely recommend this one though if you are a romance reader.

“Ellie Cahill is definitely one to watch!” raves bestselling author Cora Carmack, and this steamy, upbeat modern romance about connecting in all the best ways proves it once again.

Clementine Daly knows she’s the black sheep. Her wealthy, powerful family has watched her very closely since she almost got caught in an embarrassing scandal a few years ago. So when Clementine’s sent on a mission to live up to the Daly name, politely declining isn’t an option. Of course, the last thing she does before boarding the plane is to grab a stranger’s phone by mistake—leaving the hunky journalist with her phone. Soon his sexy voice is on the line, but he doesn’t know her real name, or her famous pedigree—which is just the way Clementine likes it.

Despite all the hassles, Justin Mueller is intrigued to realize that the beautiful brown-eyed girl he met at the airport is suddenly at his fingertips. They agree to exchange phones when they’re both back in town, but after a week of flirty texts and wonderfully intimate conversations, Justin doesn’t want to let her go. The only problem? It turns out that Clemetine has been lying to him about, well, everything. Except for the one thing two people can’t fake, the only thing that matters: The heat between them is for real.

Excerpt under the cut!