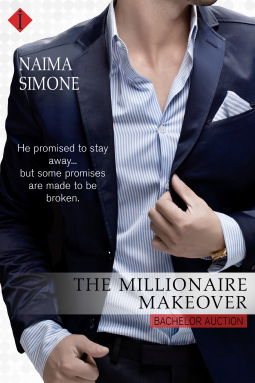 It has been a while since I read a romance novel and when I saw that The Millionaire Makeover was about a computer programming female, I knew I had to check it out! It was a bummer that there was really almost no mention of any computer programming stuff in the book though 🙁

The book is about Khloe who is trying to find a date to make the guy at work she is crushing on jealous.  Her best friend bids $20,000 on a mystery bachelor at a charity auction and Khloe is crushed when she realizes it is Niall Hunter.  He was her brother’s best friend and took her virginity 3 years ago after her brother Michael died and disappeared from her life.

At first, she does not want anything to do with Niall, but Niall is willing to help her out because he feels bad about what he had done – he only left because he found a letter from Michael saying that he should stay away from Khloe.

Of course, the two have all sorts of chemistry and Khloe begins falling for Niall again, even though she figures that he will break her heart again.  The two were very frustrating to me because both are in love with each other but it seemed to take so long for either of them to finally come out and say it!!

Will Khloe find her forever guy in the guy at work? Or was he right next to her all along?

Plain-Jane computer programmer Khloe Richardson needs a date—one to make the prince of her dreams jealous. Maybe then he’ll finally see her as a desirable swan and not the ugly duckling in the second office from the left.

But when she bids on a bachelor at a charity auction, the man she wins is millionaire Niall Hunter—who once made intense, passionate love to her and then left without a word. She’s determined not to let her guard down again—among other things—around the infamous Irish lothario.

Niall never imagined his penance for one hot-as-hell night with his best friend’s little sister would be transforming her from a shy wallflower to a sultry siren. Helping her attract another man is torture…especially when he promised his friend he’d stay away. Plus, she wants forever, and he’s not a forever kind of guy. But Niall can’t stop wanting her. Can’t stop touching her. Can’t stop, period. And damn if he can remember why he has to…