November 19, 2015 by ConcertKatie No Comments

Recap: I won tickets to this show and took my mom for her birthday.  (Funny because this post is being posted on her birthday! Happy Birthday Mom!) We started out in Row X which was the last row of the theater.  One of the ushers told us that since not many people had bought tickets, if we wanted to we could move up to the front of our section, which put us at row K.  Later she told us we could move up even further which meant we ended up in row C and then later another usher said if I wanted to go up to the front row to take a couple of photos I could, as long as I didn’t use a flash.  This was before I was more of an expert on how to take photos without a flash so I lot of them came out blurry even though I thought they’d be ok because I didn’t think Ruben would move around that much! After the show we got to meet Ruben – he had said he’d be doing pics and autographs but we were the last ones to get to him and by the time I got up to him he was telling his handler he had to get out of there so we didn’t get more than autographs. 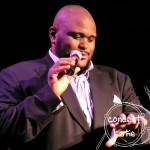 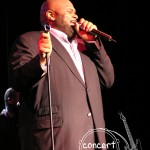 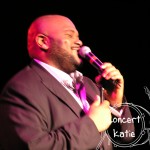