November 1, 2015 by ConcertKatie No Comments 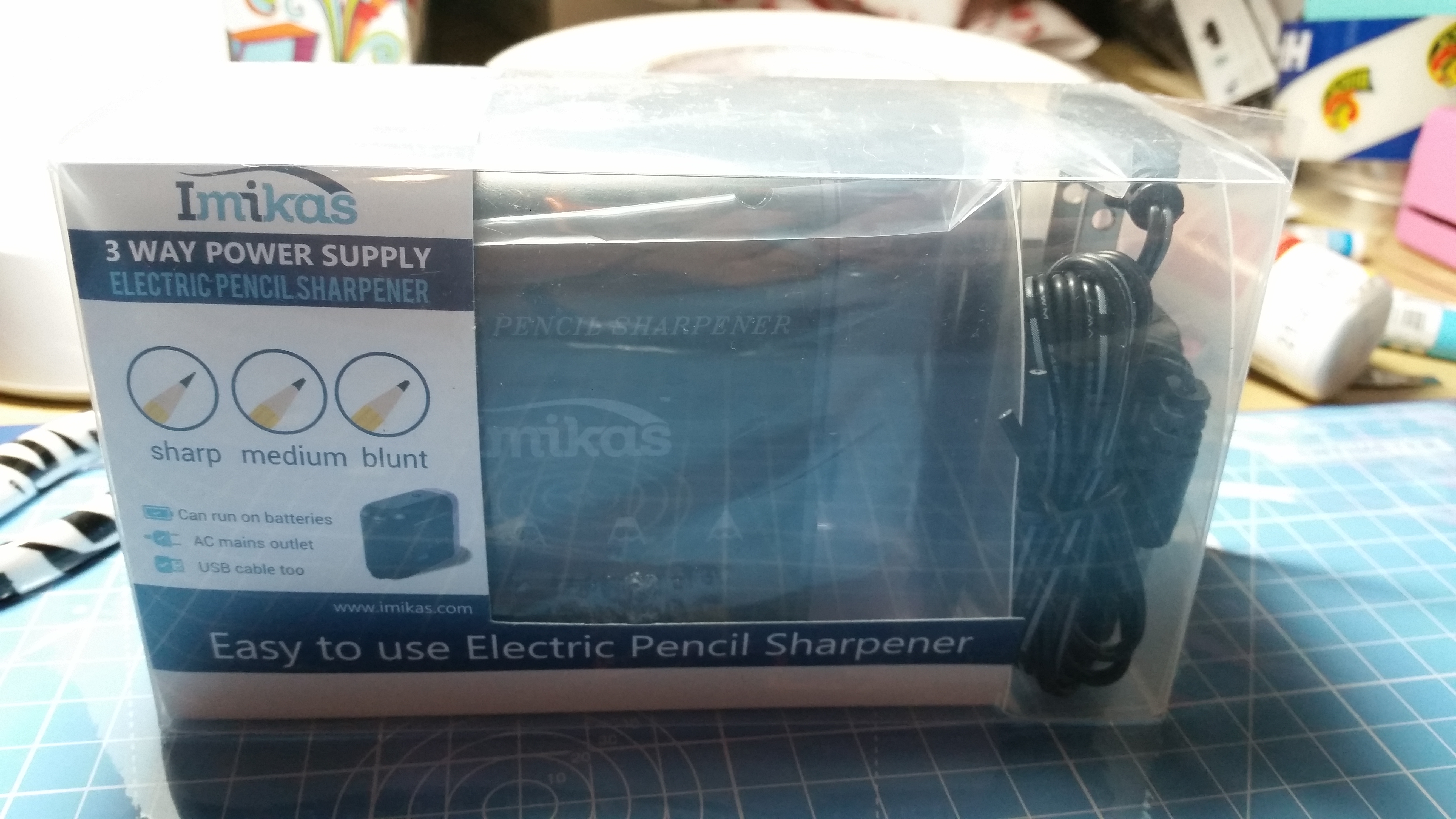 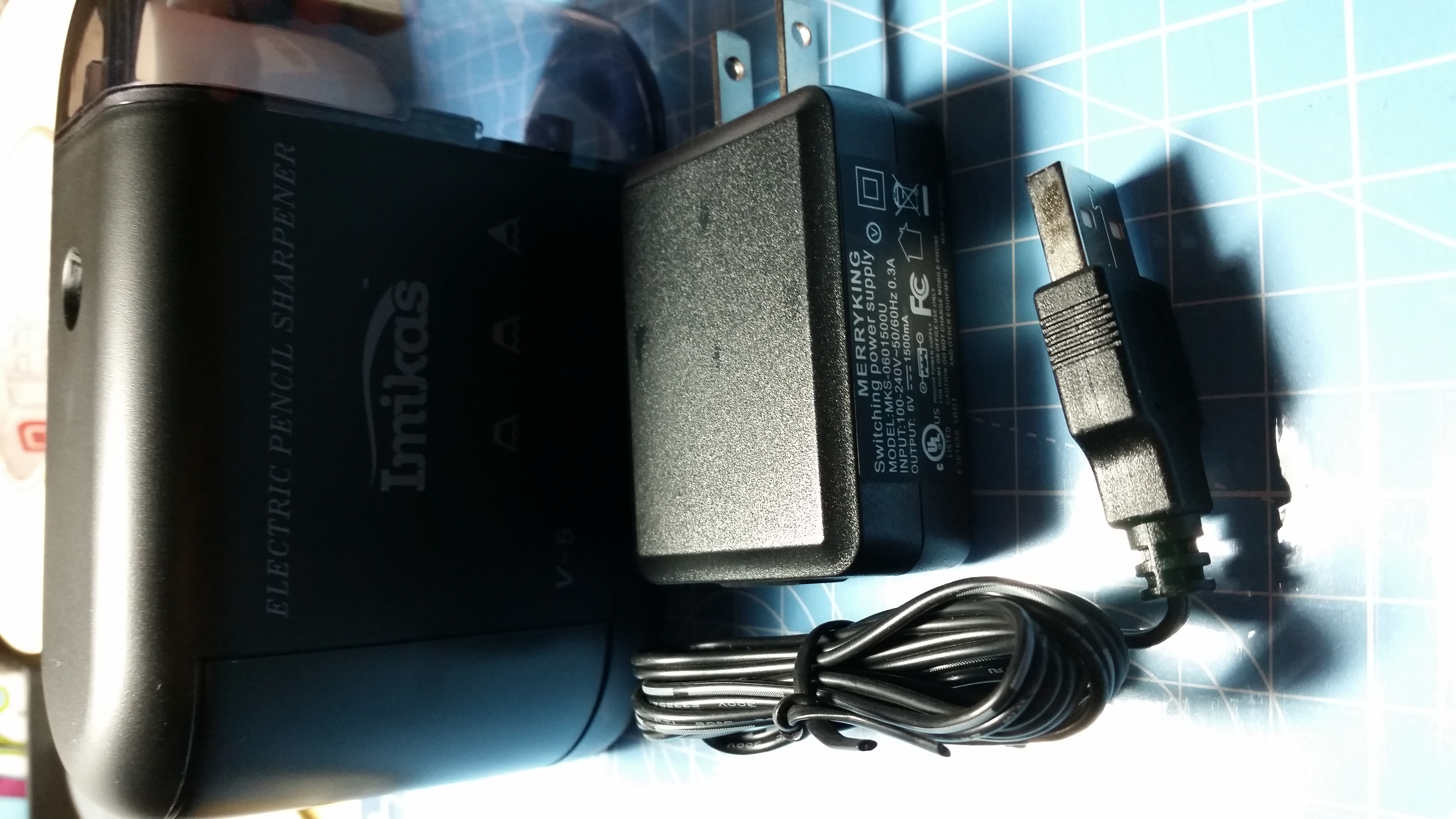 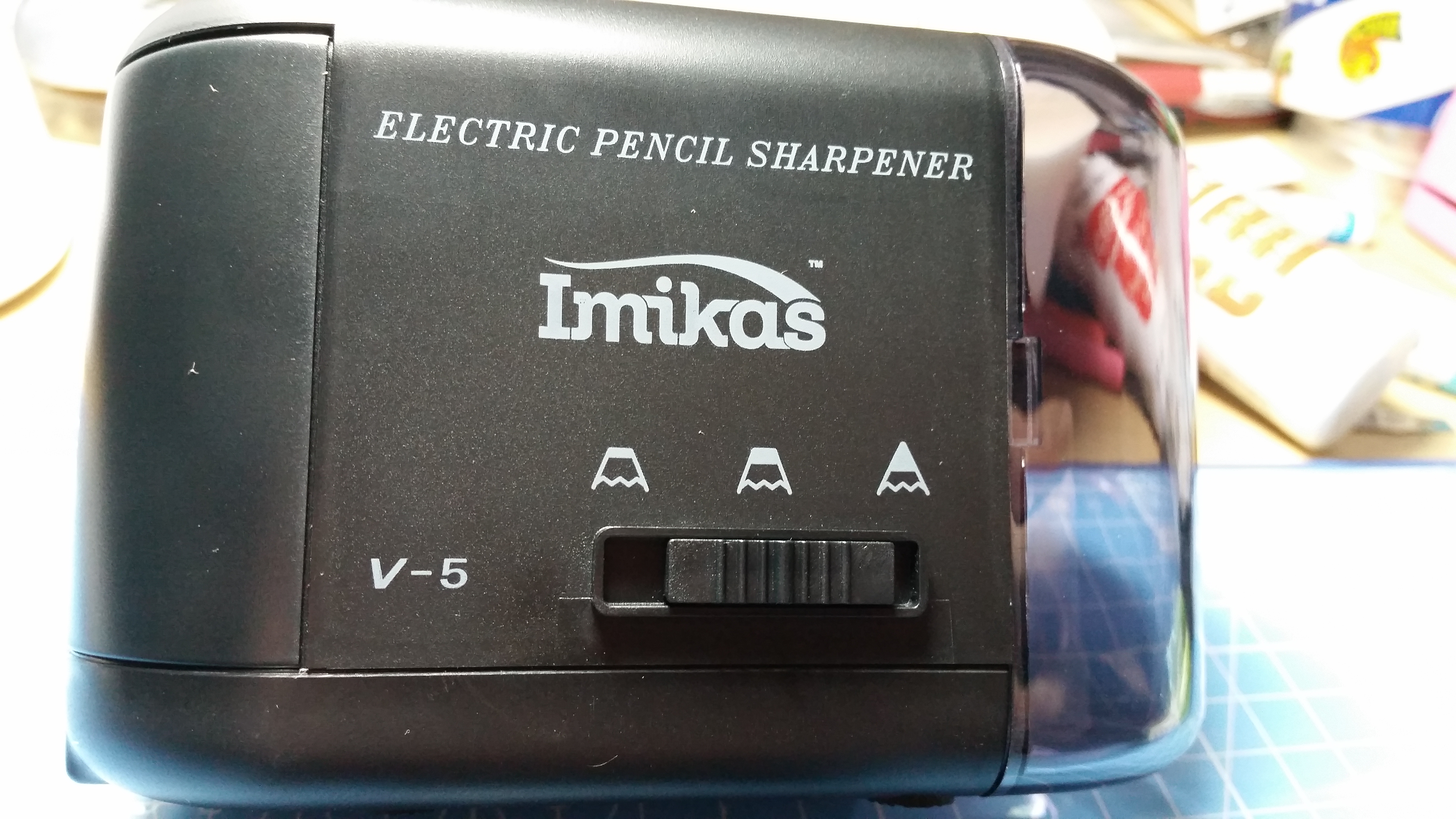 The next big thing seems to be “adult” coloring books.  And with coloring books you need something to color with.  My choice is colored pencils.  Which means I am going to need a pencil sharpener.  ImiKas sent me a high quality electric and battery operated pencil sharpener. It has 3 settings for sharpness – blunt, medium and sharp.  The blade is a unique stainless steel helical blade which helps give a smooth uniform cut.  I like that this can either be plugged in OR use batteries so if I am at my scrapbook desk I can keep it plugged in, but if I want to go outside or take my colored pencils on the go, I also have that option!

The sharpener is easy to use and gets great results!

I received a free or discounted product in exchange for writing this review. I was not otherwise compensated.

Number 1 on my travel wish list was a neck pillow.  Every trip I say I need to get one as soon as I get home and every trip I don’t end up getting one.  So I was excited to get to try out the NeckSnug travel pillow at a reduced price.  The pillow is so soft and made of memory foam and while I’ve yet to try it out on an actual flight yet, I could certainly fall asleep using it in my computer chair without a problem so I am sure it will get the job done on planes as well.  My favorite part is the elastic strap on the back of the pillow so that you can easily attach it to the handle of your carry on bag so you don’t have to worry about it.  My only concern is figuring out if I can somehow attach it to my purse or backpack on those trips where I don’t have a carry on bag with me.

The cover is made of microfiber – that’s why it is so soft, but it is easily removed and washed so you can always feel fresh, or if the crazy lady on the plane next to you spills diet coke all over you.   The pillow fits all sized necks, so it will work for adults or kids alike! 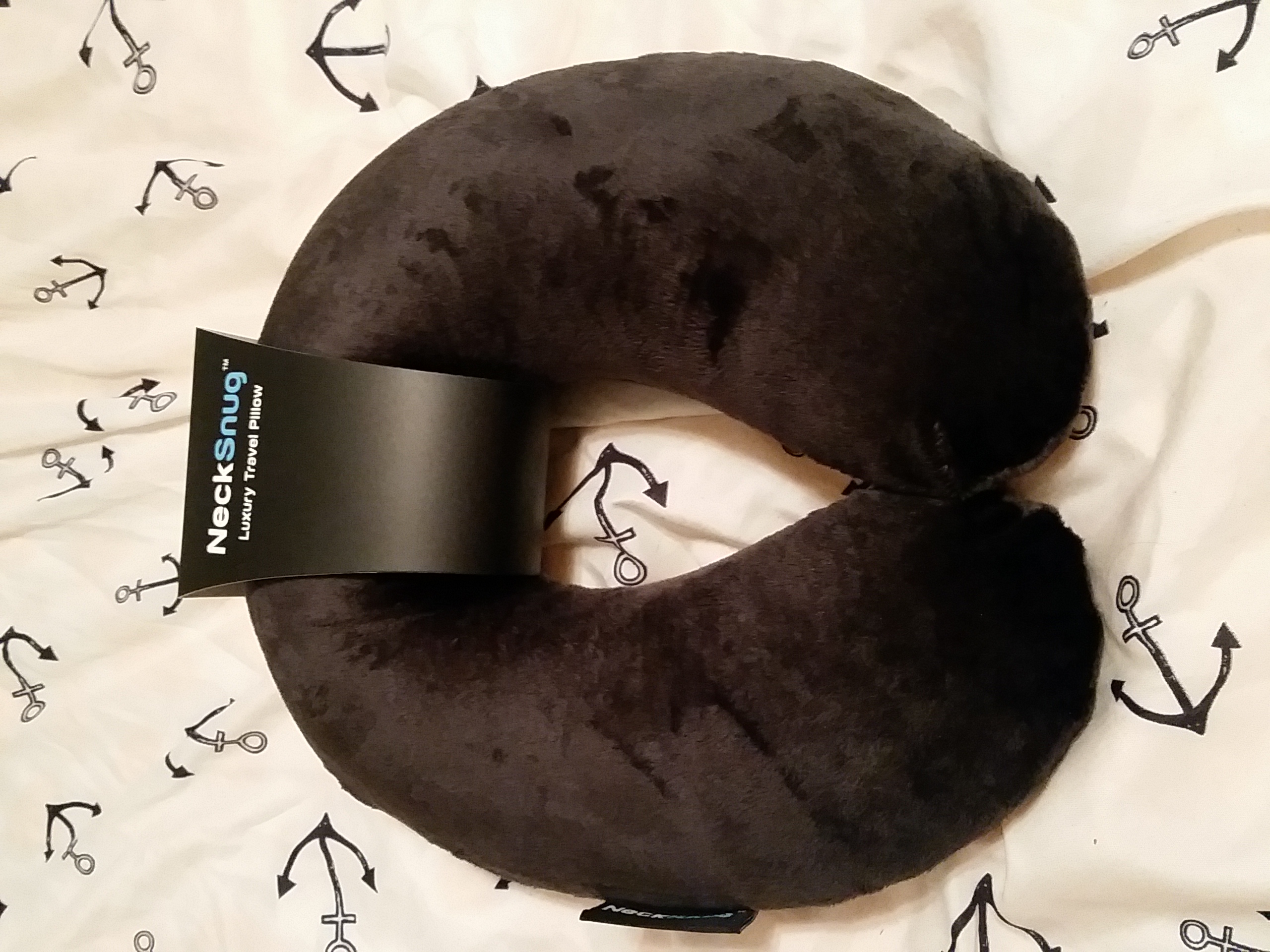 I received this item for a discount in order to write this review. I was not otherwise compensated.

The final set of shows was in Dallas, TX.  Hurricane Patricia was making its way to Mexico and Texas as well and there was talk of Dallas being flooded.  The House of Blues also had no power the night before, but we found out it was not weather related.  We left at 4am and made the 8 hour drive (well, I was copilot when not napping) with a few pit stops along the way.

We wandered around a bit to find something to eat and ended up at TGI Fridays and got sweet tea! yay! I also found it funny that the valet told us that we should bring a jacket because it was cold.  Being from CT – I didn’t think it was cold. And Sunday I had shorts on half the day while everyone else was freezing. (It ended up getting windy which was making me cold so I ended up putting long pants on before the show.)

I had bought balcony seats for this show – 2nd row. But did not realize that first row and second row are on the same level floor, there’s no incline. The chairs are higher so if you are seated you can see over the people in front of you, but if they are standing you are SOL.  Especially when you’re not all that tall.  So we spent most of the night swaying to find a view.  I could see Ike and Zac most of the show, Taylor was the problem. At the end of the night there were more girls than seats and when my friend went to complain they ended up moving us – alllllll the way in the back – we might as well have been on the moon.  The next night we tried to make things work out a bit better and for the most part we did. But just a note if you’e going to HOB Dallas and 2nd row balcony is available in row BB (the middle section is fine) you might want to reconsider unless you are tall.

For this set of shows there was nothing “new” – but there were some fun bits of songs the second night that I enjoyed – Taylor’s solo was A Song For You and a guy yelled out that he loved him in the middle of the song – and Taylor worked it into the song and made it pretty funny.  One of my travel mates, Rachel, captured the song on video so that is below.  Also before Isaac’s solo of Hand in Hand (I always want to type “Hanson” after I type “Han”) he made up a couple of songs which was pretty funny – I found a video of that on YouTube.  (Thanks to Lisa L for uploading that!)

Before the second show they had another walk. I once again worked the walk table. We had 286 registered walkers (2nd or 3rd biggest of the tour) and a lot of kids which was really awesome.  And one of Isaac’s sons even took the walk – and kind of stole the show afterwards! They also did an acapella Great Divide through their megaphones which was pretty cool!

After night 1 I got a pic with Paul McDonald and got to talk to him a bit. It was funny he introduced himself to me and I had to tell him I had met him before – waaay back on the Idol tour!

After night 2, we ended up in the elevator with him. I think he was trying to talk to us to try and get away from a couple of drunk girls – but I was on a mission to get to the bus and didn’t feel like saving him.

The bus was a bust – Isaac came out early but we were about 6 people back because the barricade was very, very small.  Zac tweeted and said he wasn’t coming out because he had family there and then Taylor came out at midnight – but we left after Zac’s tweet. We thought we’d have no chance even if Taylor did come out because of the barricade, but it seems like he came outside of the barricade.  Ah well… 2 missed opportunities for pics with Taylor.

Setlists under the cut and photos coming soon!