July 8, 2014 by ConcertKatie No Comments 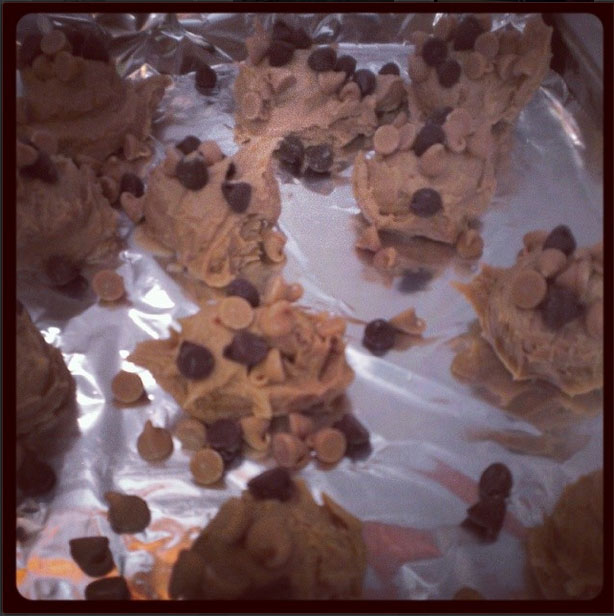 I guess this post is one of the pinterest failed or “nailed it!” posts that seem to be going around the internet.  A while back I saw a peanut butter ball on pinterest that looked delicious and had peanut butter and chocolate chips around the side.  When I saw the peanut butter chips at the store I decided to pick them up to make the ball – not having checked out the ingredients before hand.  Well, the recipe on pinterest had cream  cheese in it and basically if I made it I’d be the only one eating it because the rest of my family would have flipped out if they found out it had cream cheese in it.  So, rather than try and be deceiving I decided to modify my go-to Peanut Butter Fudge recipe and instead of putting it in to a dish to harden and cut into squares, I’d instead roll it in a ball and then roll it in the mixture of peanut butter and chocolate chips.

Well, that was quite a fail as the recipe called for more powdered sugar than we actually had in the house.  What we had was close – but unfortunately not close enough to make it thick enough to grab and roll. So instead I used a cookie scooper to make “balls” and then dropped the chips on top.  Once they were in the fridge for a while and hardened they really weren’t that bad tasting, but they sure did look bad.

Here’s the Alton Brown recipe I typically use for Peanut Butter Fudge that is really, really good. 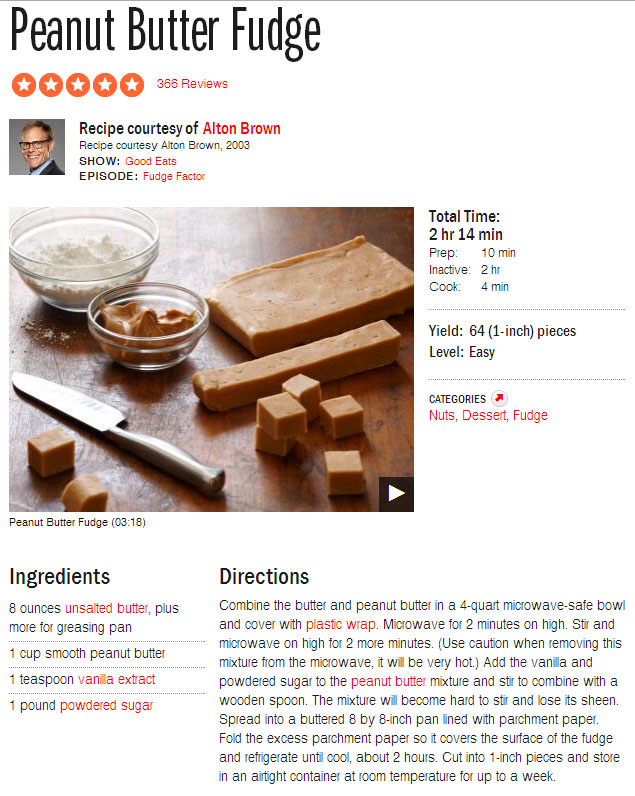