Book Review: The Priest and the Peaches by Larry Peterson 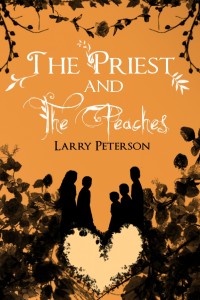 The Priest and the Peaches by Larry Peterson tells the story of the Peach family.  The book starts out with their father, whom they call Pops, falling ill.  Pops ends up passing away leaving the 5 Peach children homeless (their mother had passed away a few years back.)   A local priest, Father Sullivan, kind of comes to the kids rescue and tells them to pray and look for acts of God to make it through this difficult time.

We go to the funeral with the kids and while things don’t always go right, the little things that go wrong help them realize that God is looking out for them.  The oldest of the Peaches, Teddy, must grow up quickly and try to get the power and telephone connected again after everything is turned off due to late payments.  When the kids aren’t sure how they are going to pay their bills, offerings from those who attended the funeral end up being almost the exact amount they need to pay off their dad’s debts.

The younger peaches, 14 and younger, get in to some trouble as well which ends up making them think they will be taken away from their older siblings.  However, God and Father Sullivan somehow come to the rescue when another series of happy coincidences happen.

The book teaches you to “L-Y-N”, or “Love Your Neighbor”, a motto that pops often told friends and family.

It is a really sweet book about the power of prayer and god, set in the mid-60s in the Bronx, NY.

The Priest and the Peaches Book Summary

Historical fiction novel set in the Bronx in the mid-1960sTake a seven day journey with the five, newly orphaned Peach kids, as they begin their struggle to remain a family while planning their dad’s funeral.

They find an ally in the local parish priest, Father Tim Sullivan, who tries his best to guide them through the strange, unchartered and turbulent waters of “grown-up world.” A story that is sad, funny, and inspiring as it shows how the power of family love and faith can overcome seemingly insurmountable obstacles.

Larry Peterson was born and raised in the Bronx, New York. A former Metal 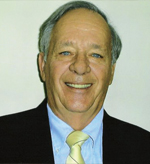 Lather/Reinforcing Iron-worker, he left that business after coming down with MS. He, his wife and three kids moved to Florida 30 years ago. Larry began doing freelance newspaper commentary after graduating from Tampa College in 1984.His first children’s picture book, Slippery Willie’s Stupid, Ugly Shoes was published in 2011. In 2012, his full length novel, The Priest and the Peacheswas released and he is presently working on the sequel.

He also has a blog (http://www.ThePriestandthePeaches.com) where he posts weekly commentary. He lives in Pinellas Park, Florida and his kids and six grandchildren all live within three miles of each other.