Joe Mac at the Cabaret

January 13, 2023 by ConcertKatie No Comments 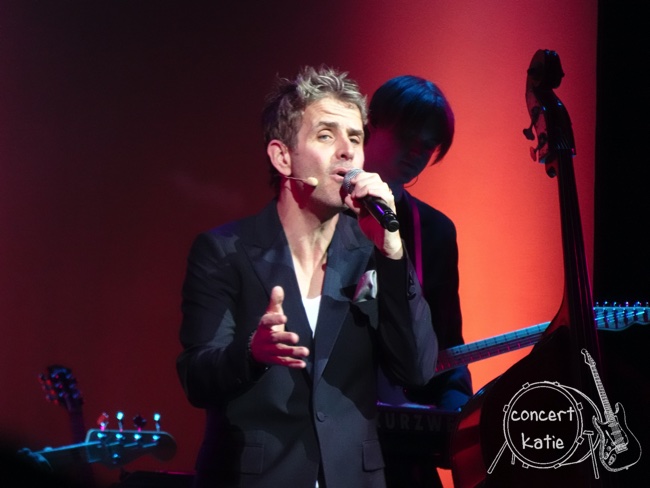 Wednesday night, Joey McIntyre did an intimate show at the Mohegan Sun Cabaret Theater.  The tickets were an absolute pain to buy (thanks for nothing, ticketmaster) but in the end it was worth all the drama.  He started the show in a black zip up and black pants in a chair and did 30/90 from Tick Tick Boom and added in a few lines about turning 50. Then he did a quick change into the sparkliest red suit I think I have ever seen. He went into New York New York and at one point gestured wildly with his arm and it sent his bracelets flying.  One was found on the stage but it seemed like a second might have still been missing.  After a couple more songs he invited Shoshana Bean on stage to do a few songs.

During “When Somebody Love You” a single piece of confetti fell and after he finished he said “Did anyone see – ”  and the whole crowd went “YES” so he said it must’ve been Dottie sending it down from the rafters. (Later a second fell and he said only the first one counted and he wanted it laminated and on a plague and then after a 3rd fell he said fine – 3 pieces fell. Each one was a different color though – red, blue and then white!)

He then made a comment about how he had a lot of Leos in his life and rattled off some birthdays – one being Donnie Wahlberg’s which got someone in the crowd to yell “ARE YOU FUCKING KIDDING ME”, maybe thinking Donnie was there? But it was Emanuel Kiriakou (EMan) which was awesome because last time I had seen Joe solo EMan was there too and they did an amazing rendition of ‘One’ and that ended up being the next song!

After a few more songs, Shoshana came back out to do a couple of songs.  Then he got into the NKOTB songs including Please Don’t Go Girl where he adlibbed about how he gets to be him and you get to be you and “we get to be we” which ended up in him then singing “I said wee wee”
As this song was a workshop some things were a bit rough while the band got used to everything – which was pretty clear when he got to The Right Stuff and ended up singing “first time was a sweet time… second time was… SHIT!” and they ended up starting it over LOL
He ended the show with a couple of songs where he played piano – carefully putting the top down on it and moving everything out of the way so those on the other side would still be able to see him playing. 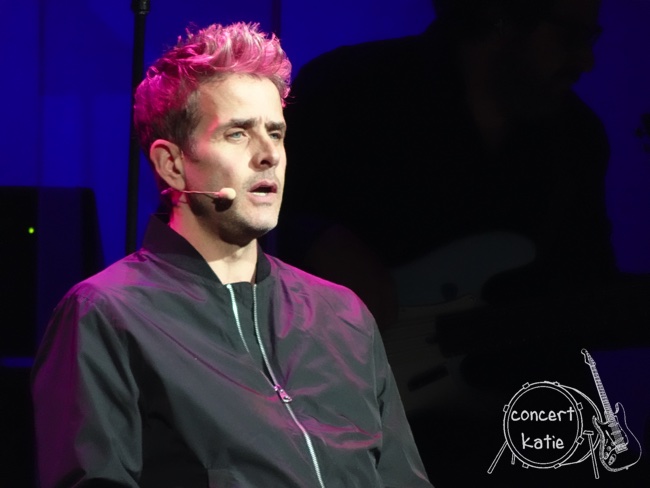 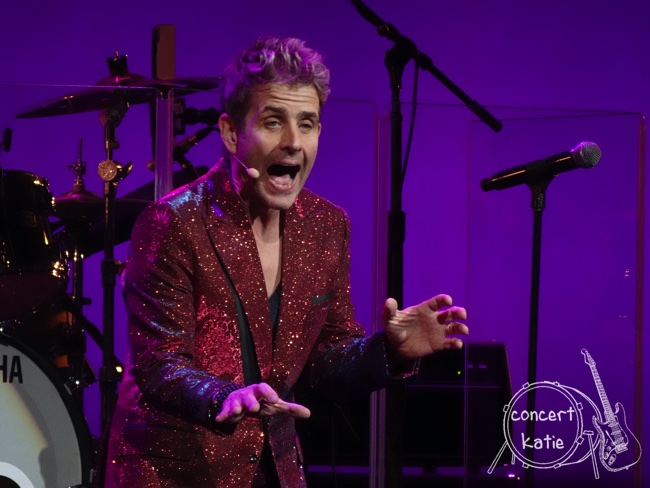 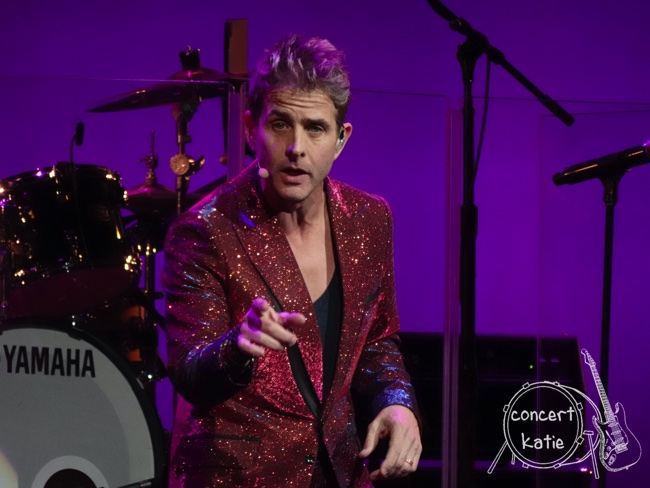 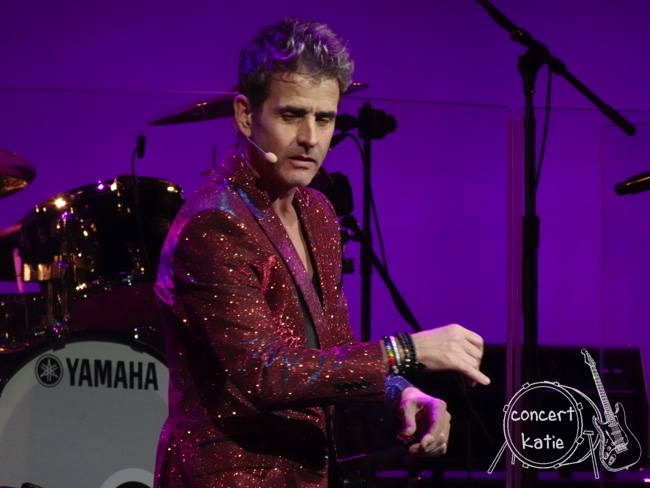 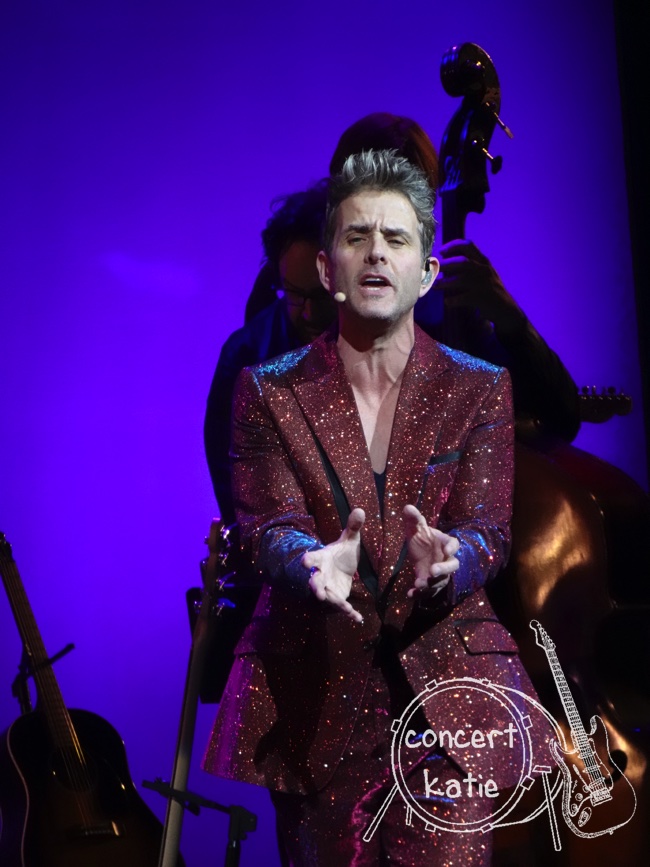 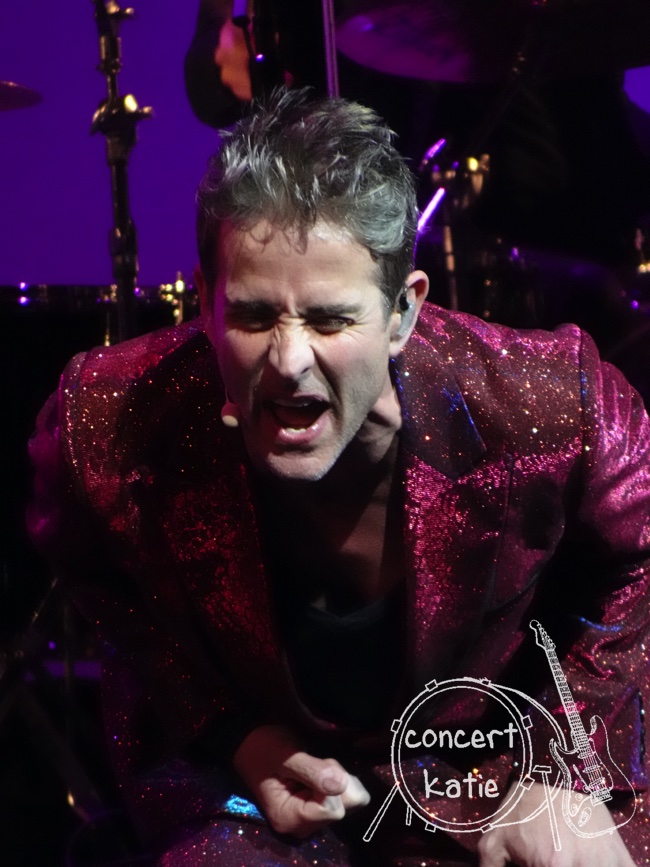 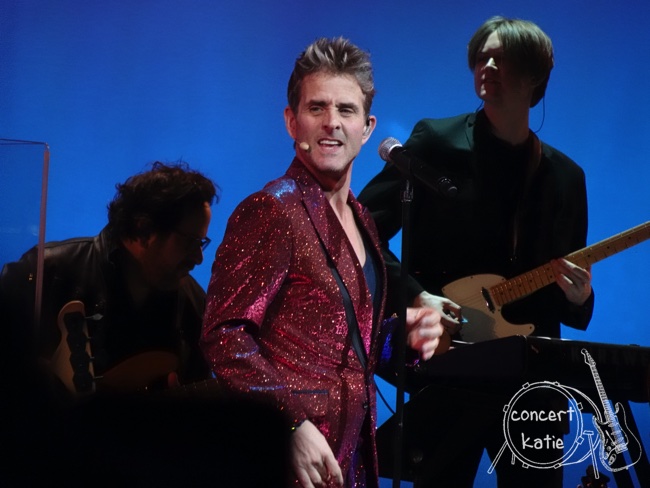 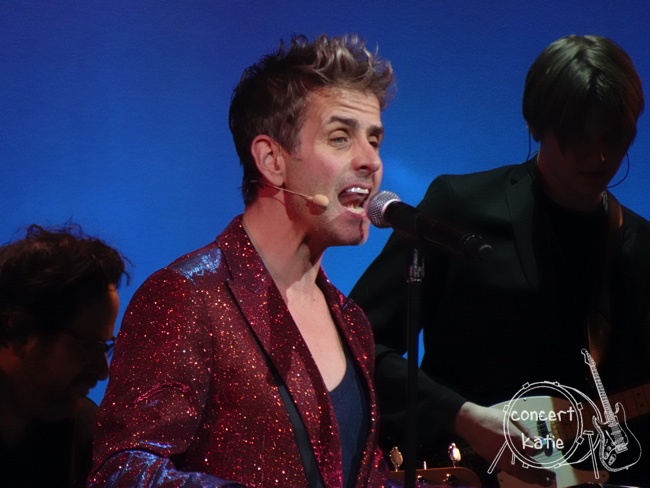 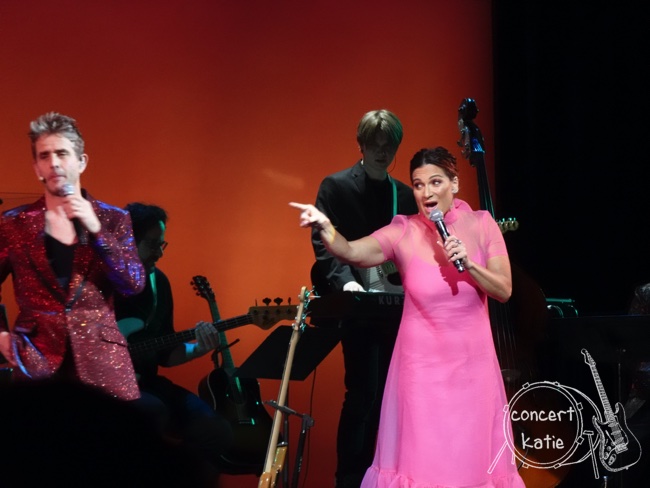 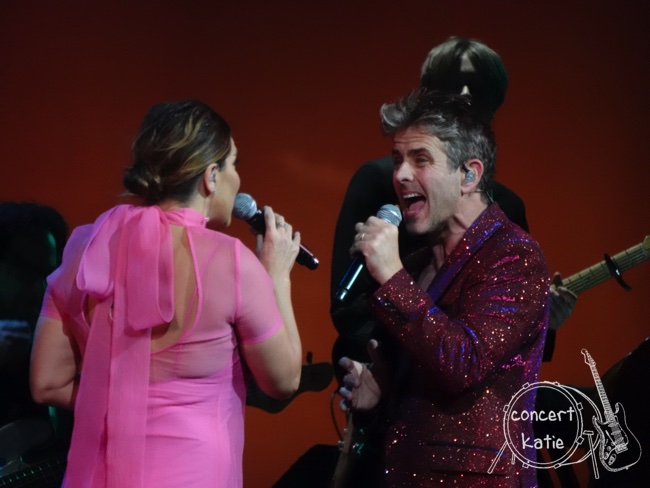 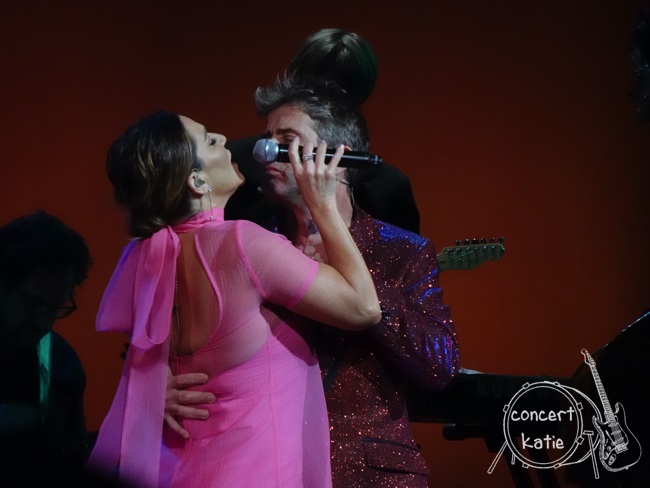 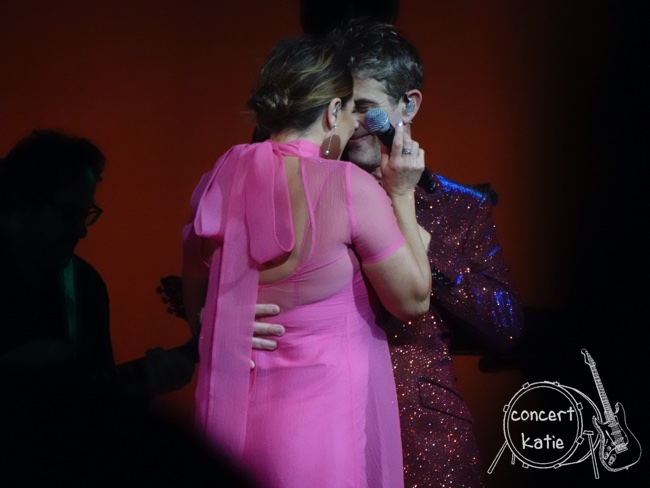 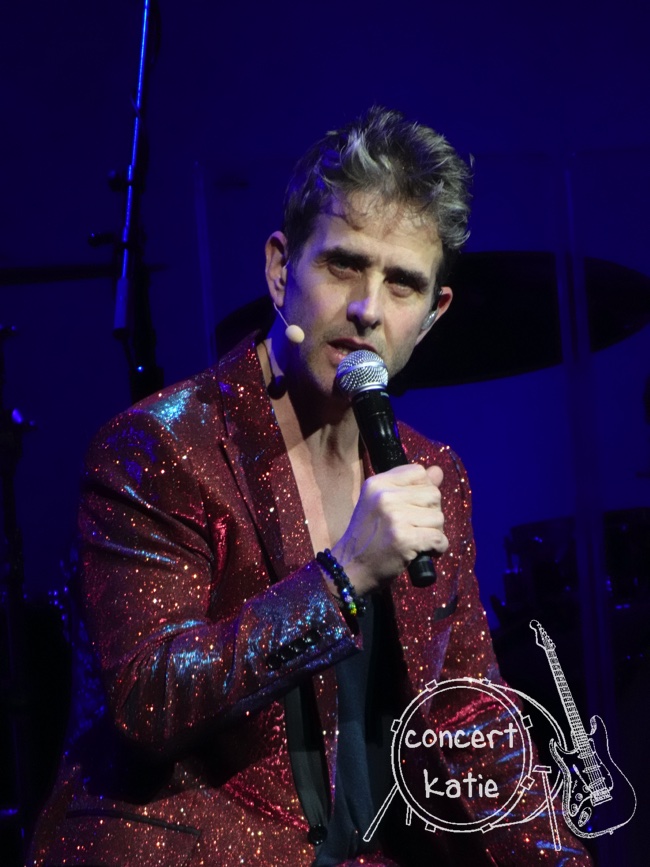 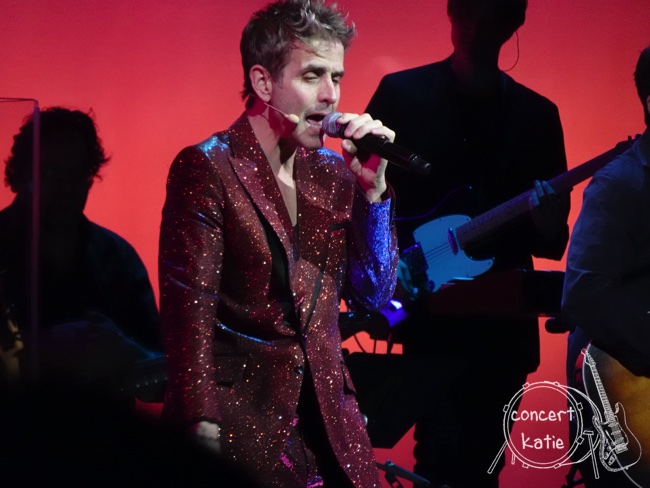 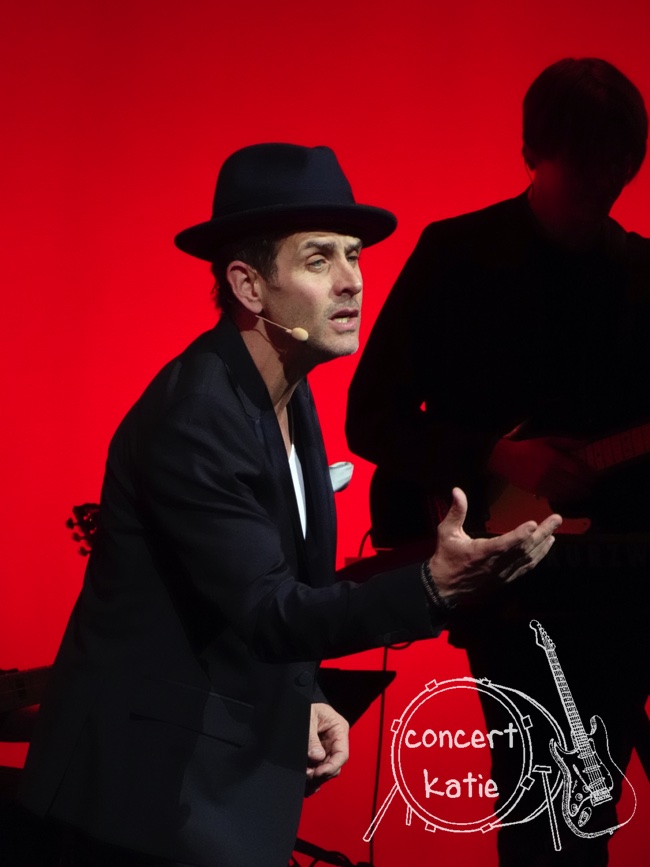 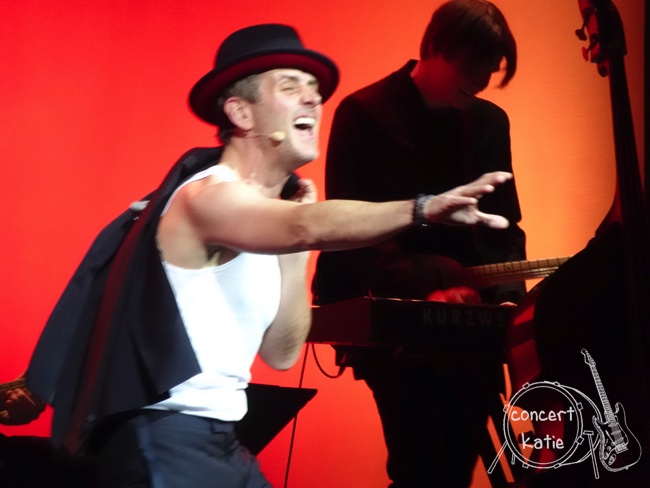 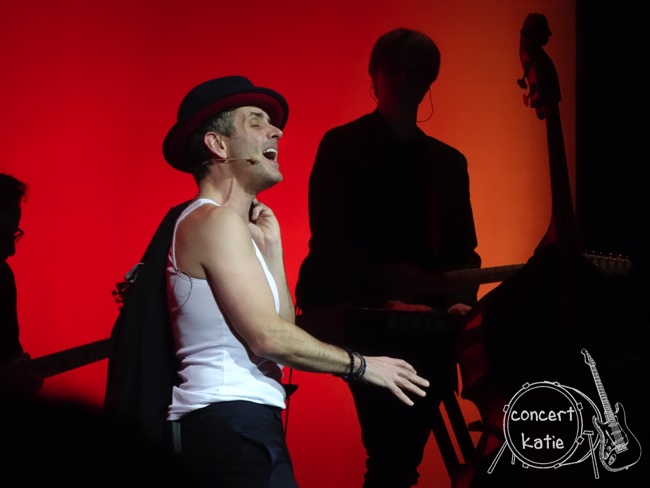 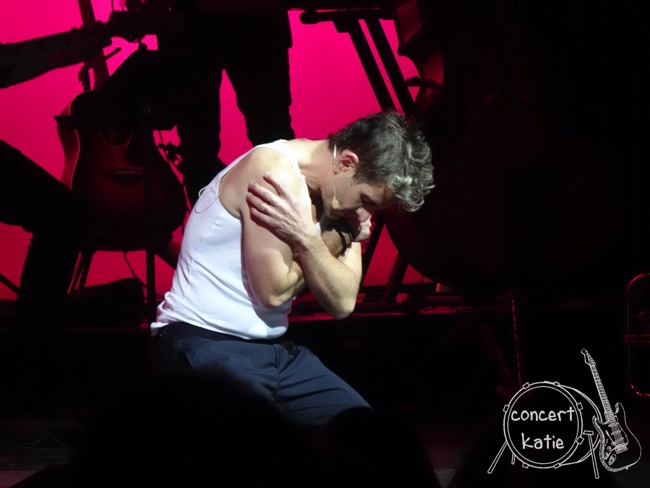 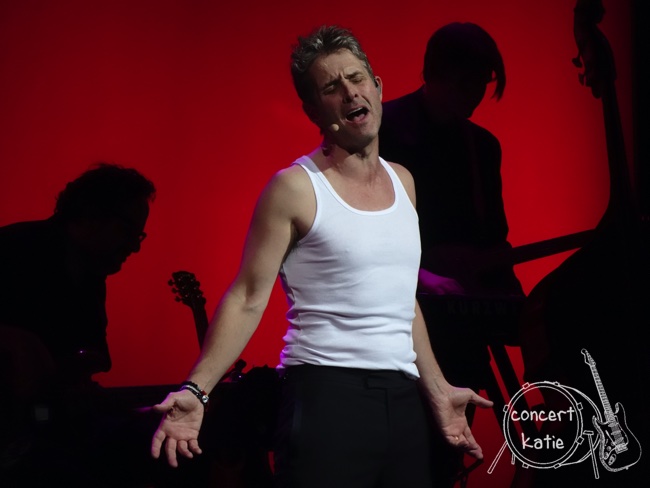 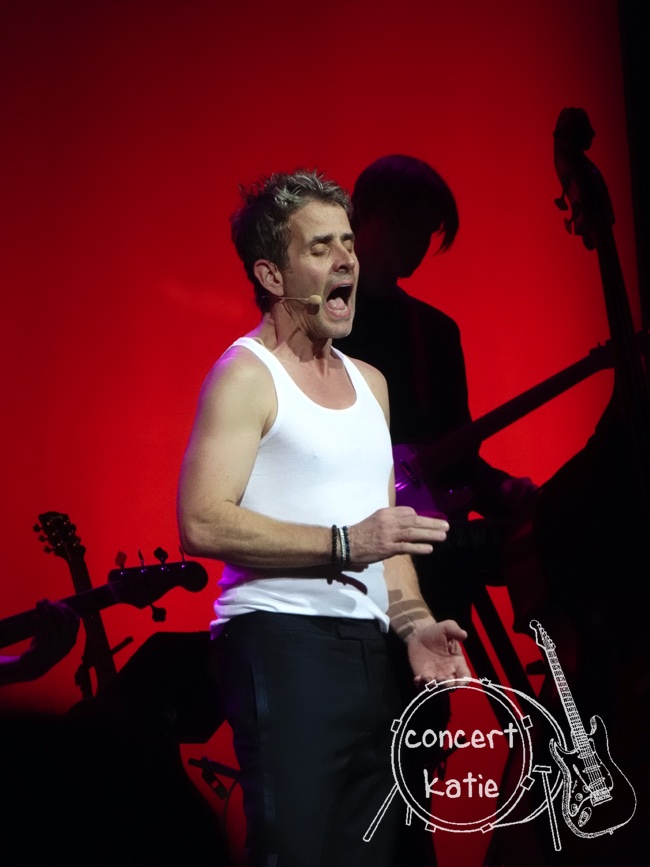 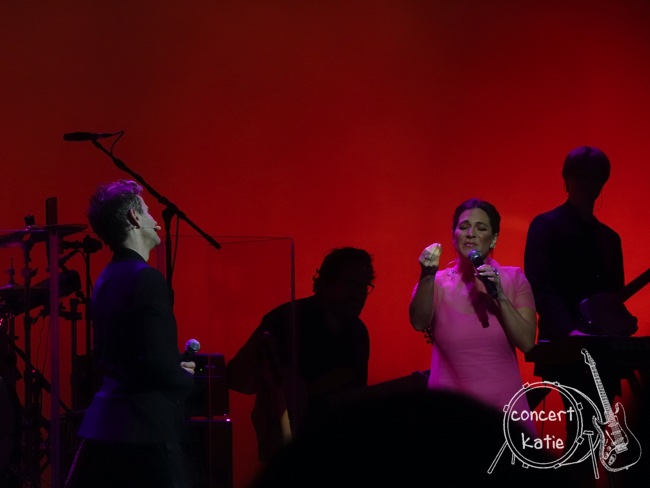 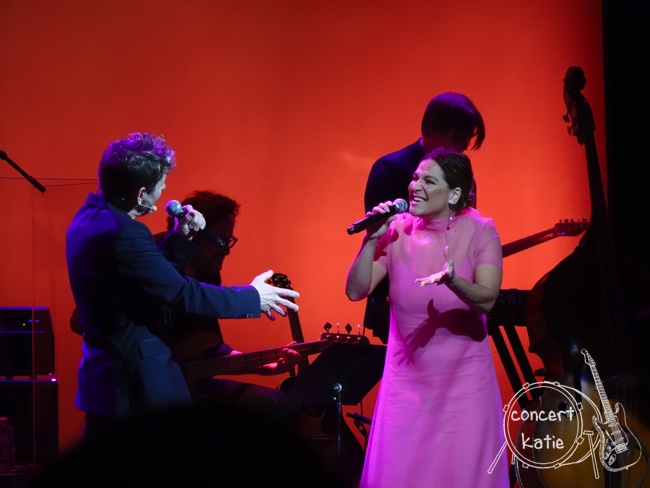 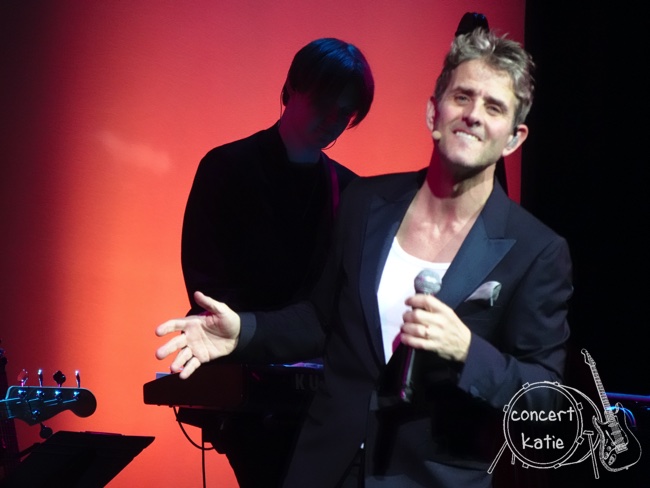 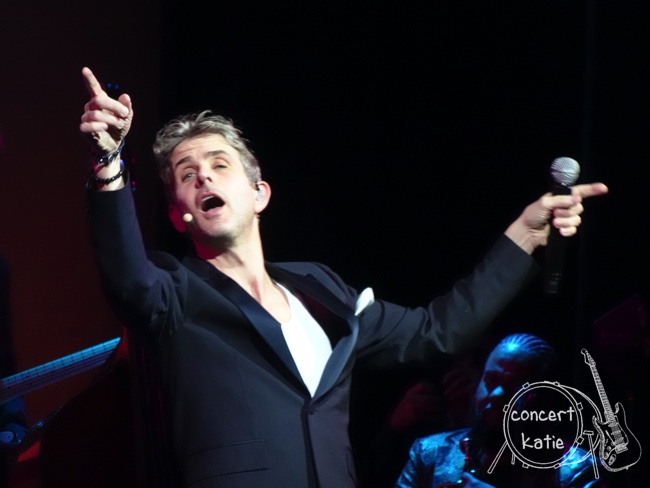 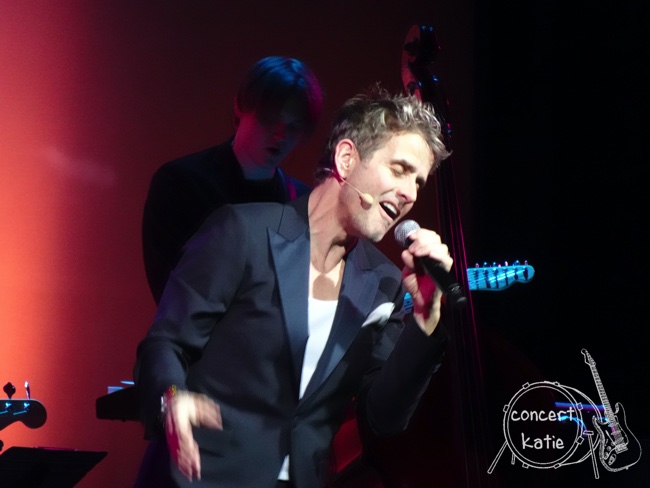 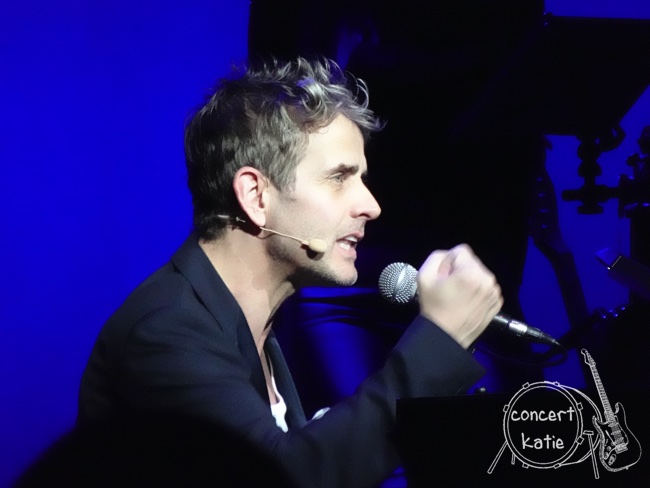 Edit this setlist | More Joey McIntyre setlists
After the show I had VIP passes for a M&G with Joe – Mohegan Sun really dropped the bar on being accessible which was shocking.  The M&G was also up 5 steps with no railing but fortunately security ended up helping me out and the VIP people apologized profusely for not knowing anyone was there who would have issues and if they had known, they’d have brought him to me.  The M&G was pretty quick – a couple of photos snapped a quick chat!  Accessibility drama aside, it was an amazing show and I am sad to be missing out on the big show at Carnegie hall this weekend!