January 12, 2023 by ConcertKatie No Comments 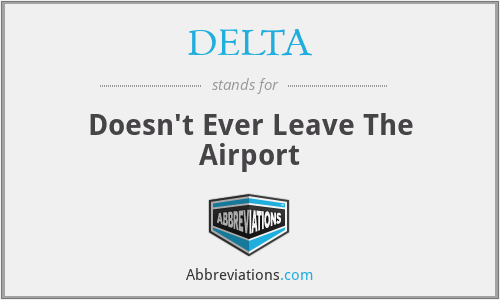 Monday, after one of the best BTTI events ever, I made my way to the Montego Bay Jamaica airport to head home.  I’m posting this first to get all the negativity out of my system first. My flight was set to board around 3:14pm and depart at 4:09.  After a wheelchair pusher got me to the gate, it ended up changing to one on the other side of the airport.  We tried to flag someone else down but no one was around and once we did they took so long I started walking.  There was a lot of crowding and lack of seats at the gate – probably partially because there were 35 people trying to get on the flight as standby.  Eventually we were told there was a delay and the pilots were doing their check.  As time passed, we ended up getting delayed to 5:30, 6:00, 6:30 and then 7pm.  As things got pushed later, I knew I would miss my connecting flight so I got in line to get things sorted and was assured by the desk whatever the problem was they were actively fixing and we *would* be taking off but I’d have to spend the night in Atlanta and had a ticket for the first flight out.  I once again asked for a wheelchair and was told to sit close by so they could get one – but shortly after I sat down we were informed that the flight was canceled.  Of course, everyone was incredibly frustrated and pissed off.  The plane had some sort of hydraulic leak they thought they could fix but the crew was going to time out and they’d get it fixed overnight and take us out in the morning instead.

We were informed that transportation had been arranged and that hotels had been secured for all of us.  We would have to go through Customs and Immigration (sort of) and get to the transportation.  Once again, I went and asked for a wheelchair.  No one came.  One of the staff members ended up pushing me and she had no idea how to steer. (Fortunately I wasn’t injured but we did hit several things)  Communication was at a minimum and I was loaded on a bus having absolutely no idea where I was going.  After the bus was full, someone asked the bus driver where we would be going and he said “to hell if you don’t pray” and then made a comment that he’d need drink money since we were making him work (as if we had a choice in the matter)  It was then that we got an alert that the new flight would be at 10:30am.

We ended up at the RIU not too far from the airport.  The bus driver took out about 8 bags and then apparently left us all to fend for ourselves, but I managed to move 2 bags to get my own. (And he wanted drink money?!)  Then everyone ended up in a super long line in the lobby where I was told I couldn’t keep my bag with me.  It had been a long day and my legs were not happy – so I said I’d need the luggage to balance myself. One guy thought that was fine but then another woman had a problem with it and told me “that’s what my stick was for” (to help me balance)  Lady, I’ve been disabled my *whole* life.  Trust me,I know what I need. Once I told her I needed it or I’d need help from her once I fell, she backed off.

While waiting, I did a quick google of the resort and saw they had no elevators so I made sure to ask for an accessible/first floor room and they gave me one in the building closest to the lobby.  I would have liked to have had some dinner, but unfortunately it was all a buffet and carrying my own plate doesn’t happen on a good day so I wasn’t about to attempt it and ended up having candy I had in my bag for dinner.  On the plus side, the shower was Katie approved and I was able to shower before attempting to sleep.

Once I got settled in, it was about 10:30 and I called the front desk to see if they knew when the shuttle would be.  They didn’t know and said to check back “in a few hours” aka when I wanted to be sleeping!  At 11:30 I decided to just try to sleep and wake up early and take a cab – only to see an alert that the 10:30am was canceled and we were now on an 11:15am flight. I wasn’t sure I’d have enough time to make it through customs, but Delta text support told me I would. (This was my 3rd ATL-BDL flight)  I once again called the front desk and was told the shuttle would be leaving at 7:30am, but at this point I decided I’d just take a cab and avoid the chaos and decided to attempt to get some sleep.

Just before 7am I took a cab to the airport, only to find out when I went to print my tickets that the 11:15am was delayed to 12:48pm and I’d miss my connection AGAIN and they had rebooked me to a flight leaving at 8pm from Atlanta (amounting to a 5 hour layover, but I have spent so much time in that airport it didn’t even matter anymore)  I called my travel insurance to see what my options were for reimbursement or booking a new flight and the only thing they could change me to was a 4pm to ATL so I decided to ride out the initial flight.

When the flight landed at about 11:45am, everyone started clapping and woo’ing.  When the crew arrived sometime later, they got quite the round of applause.  But… we didn’t start boarding on time.  Finally, they called for pre-board and some first class people jumped in front of me, but I made my way down the jetbridge and was handed a letter that Delta would like to give us a “gesture” for our inconvenience. I’d like to give them a gesture, too. Then… we waited to board.   Then.. the plane just sat there.  Apparently the toilets needed servicing because we couldn’t not have them for a two and a half hour flight and there was also a problem with the catering cart and they were fixing that.  We ended up leaving around 2pm and I ended up having about 2 hours in Atlanta.

My second flight went off without a problem and I got back to my house just after midnight – just in time to get a nastygram from work since I didn’t put in any time on my timecard for the day since I absolutely thought I’d be working!

Now I get to deal with flight insurance and delta for reimbursements… (And the ‘gesture’ was 10,000 miles. HA. cute.)  And another DELTA flight ended up stranded that night, I’m not sure if it was the 4pm or not, but… it probably was so I made the right choice – paired with the FAA computers all going down the next morning – I got home just in time!  (They never did seem to end up fixing my original plane since we got on a new one that flew in – so I don’t know what happened with the broken one)