June 5, 2021 by ConcertKatie No Comments 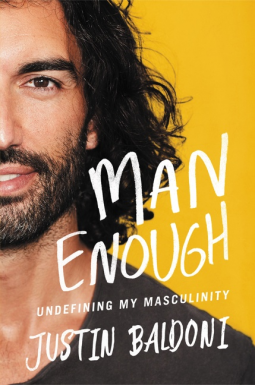 I was first introduced to Justin Baldoni when he was on Jane the Virgin. When I saw that he had a book out, I had to check it out. I was actually very surprised by how open he was in this book, called “Man Enough” which is an exploration of masculinity. You always hear about how growing up as a young girl is difficult due to all the media pressure on the perfect body, perfect makeup looks, etc and I never really thought that young boys also had similar things to face when they were growing up as well. I think Justin did a great job explaining difficulties that he and other men will face growing up, sometimes coming out of his comfort zone and being quite vulnerable and telling stories from his youth that may be considered embarrassing. But I think that it is important to share these stories – so if a young boy going through similar situations picks up this book he will know he is not alone. I think reading it as a female also opened my eyes a bit as well because I definitely thought guys had it so much easier and after finishing the book I am not sure that is so true anymore! He touches on a lot of great subject and even if you don’t know him from an actor, I think it would be a beneficial read!

A GRIPPING, FEARLESS EXPLORATION OF MASCULINITY

The effects of traditionally defined masculinity have become one of the most prevalent social issues of our time. In this engaging and provocative new book, beloved actor, director, and social activist Justin Baldoni reflects on his own struggles with masculinity. With insight and honesty, he explores a range of difficult, sometimes uncomfortable topics including strength and vulnerability, relationships and marriage, body image, sex and sexuality, racial justice, gender equality, and fatherhood.

Writing from experience, Justin invites us to move beyond the scripts we’ve learned since childhood and the roles we are expected to play. He challenges men to be brave enough to be vulnerable, to be strong enough to be sensitive, to be confident enough to listen. Encouraging men to dig deep within themselves, Justin helps us reimagine what it means to be man enough and in the process what it means to be human.