I wasn’t sure how jetlagged I’d be when I headed to Mohegan Sun to see Kelly Clarkson just 4 days after getting home from Australia but was pretty sure back-to-back concerts last trip to Australia helped get me back on EST so I was hoping for the best. (Australia post(s) are coming, eventually)

I ended up having a seat right by one of her side catwalks and for the longest time no one showed up to sit in the seats next to or in front of me.  Finally next to me filled it but it turned out they didn’t actually sell any of the seats in front of me as after both openers had taken the stage they started seeing who wanted to move based on the catwalk obstructing views and they filled in the rows in front of me.

I was happy no one really stood for the show because I was really not sure how I’d be able to handle a full set of that being so exhausted! Brynn Cartelli from The Voice opened and being from MA this was her “home town show” and Maggie Rose also opened.  Both ended up joining Kelly later in her set as well.

I enjoy that Kelly talks a lot during her set and tells some background stories about the songs.  She also started talking to a pregnant woman in the audience and went on about how she was miserable during her pregnancies and 2 was enough, then she decided they’d finish the conversation later and she would get back to singing. She ended up talking about how the next song was about how no one in her small town got divorced except her family and her friends and then started talking about how sometimes divorce was good… joked about how she hadn’t even had anything to drink yet and she was just going to stop talking and sing.

For A Minute and a Glass of Wine she had Brynn Cartelli join her and they did a duet of Foy Vance’s Make it Rain – a song that Kelly said she hadn’t heard until Brynn brought it up to her (maybe she did it on the voice? i dont know, i dont watch anymore)

The catwalk was so, so close – Kelly came up it 2 or 3 times during the show and her band and backup singers used it as well, and overall my blindly buying a single ticket as soon as tickets went on sale and not having an accurate seating chart worked in my favor (for once?) 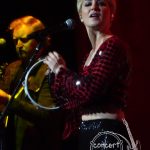 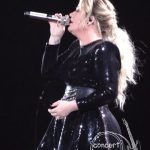 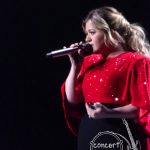 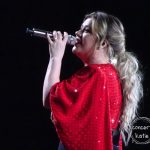 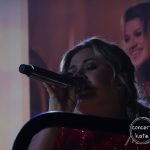 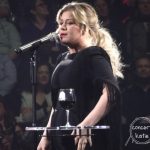 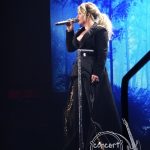 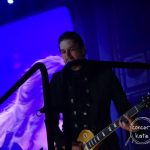