Gaelic Storm at The Wolf Den 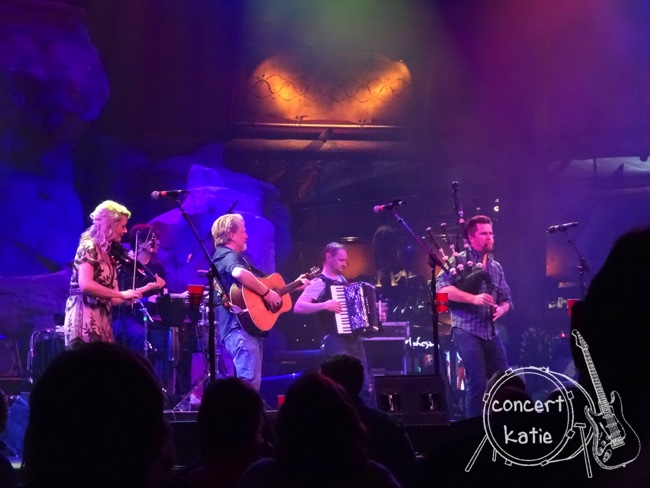 Friday night we headed to The Wolf’s Den at Mohegan Sun to catch a free show from Gaelic Storm (aka Garlic Thunder, which is the name they told me they should be called when I met them 10 years ago on The Rock Boat) I hadn’t seen them in 10 years and I think several of the band members had switched out since  then, but they still were as funny and entertaining as when I had seen them last, and hopefully will get to see them again soon, now that I have a couple of friends who also enjoy them.  I didn’t keep track of the setlist and it looks like no one else really did either, as the one below is missing quite a few songs