Book Review: The Ultimate History of The ’80s Teen Movie 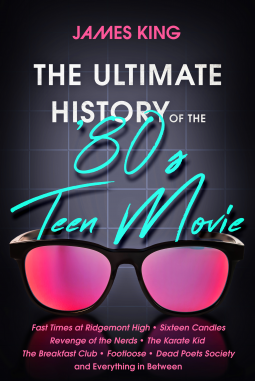 I was not a teen until the late ’90s and I’m also not a huge movie watcher, but with Fandom Running Club starting a “Cult Classic” medal series, well maybe I should see what the 80s had to offer so I can try and guess on some of the clues to come. (The first one is “Dont You 4K About Me” – The Breakfast Club – which is an 80s movie I have seen!)

The book starts in… 1978? With talk about John Travolta.  It compares some of the story lines from the 80s with how they would not fly in a movie today.  The book is quite long and touches on a TON of movies… most of which of course I had never seen (but have heard of, at least!)  And a lot of details on them.  It is a history, after all.

I was hoping for a check list of sorts of all the movies in the back of the book so I could see what I had seen and what I haven’t, but let’s be honest, my number would probably be able to be counted on one hand.

I received a free e-copy of this book in order to write this review, I was not otherwise compensated. This book is being released March 19, 2019 by Diversion Books.

A trip back to the era of troubled teens and awesome soundtracks; of Reagan, rap, and Ridgemont High; of MTV, VHS, and “Axel F”; of outsiders, lost boys, and dead poets; of Bill and Ted, Brooke Shields, and the Brat Pack; of three Porky’s flicks, two Coreys, and one summer when “Baby” refused to be put in a corner.

The Ultimate History of the ’80s Teen Movie goes behind the scenes of a genre where cult hits mingled with studio blockbusters, where giants like Spielberg and Coppola rubbed shoulders with baby-faced first-timers, and where future superstars Sean, Demi, and Tom all got their big break. Music, comedy, and politics all play a part in the surprisingly complex history of the ’80s teen movie. And while the films might have been aimed primarily at adolescents, the best tackle universal issues and remain relevant to all ages.

From a late ’70s Hollywood influx to an early ’90s indie scene that gave youth cinema a timely reboot, film expert James King highlights the personal struggles, the social changes, and the boardroom shake-ups that produced an iconic time in movie history.

Book Review: A Beautiful Day in the Neighborhood 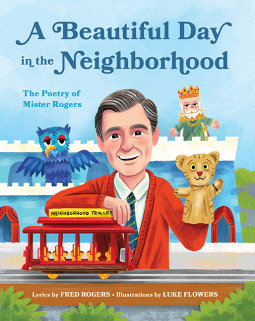 A Beautiful Day in the Neighborhood is a collection of poetry from Mr Rogers. There are a lot included and a lot of great illustrations to go with it – starting with the famous “Won’t You Be My Neighbor?” which was the opening song to his show.  I think my favorite in the book was “I’m Glad I’m the Way I Am” – the first verse “I’m glad I’m the way I am, I’m glad I’m me. I’, glad I’m the way That I’m supposed to be” resonates with me. The rest of it too, but mostly that first part.  There are a lot of different topics covered in each of the poems/songs as well.

I received a free e-copy of this book in order to write this review, I was not otherwise compensated. This book will be released March 19, 2019 from Quirk Books.

For the first time ever, 75 beloved songs from Mister Rogers’ Neighborhood and The Children’s Corner are collected in this charmingly illustrated treasury, sure to be cherished by generations of children as well as the millions of adults who grew up with Mister Rogers.

From funny to sweet, silly to sincere, the lyrics of Mister Rogers explore such universal topics as feelings, new siblings, everyday life, imagination, and more. Through these songs—as well as endearing puppets and honest conversations—Mister Rogers instilled in his young viewers the values of kindness, self-awareness, and self-esteem. But most of all, he taught children that they are loved, just as they are. Perfect for bedtime, sing-along, or quiet time alone, this beautiful book of meaningful poetry is for every child—including the child inside of every one of us.