February 24th I treated myself to not one, but two Matt Nathanson concerts at The Warehouse in Fairfield, CT. He was doing an acoustic run in smaller venues than usual and since most shows sold out so quickly he did a VIP show as well which you did not need tickets to the concert in order to attend to allow for more fans to have access, which was really cool.

For the VIP show he spun the wheel of Nathanson 3x as well as did a Q&A with the audience. There were some really great questions and I think Matt really enjoyed himself. Afterwards we all got to meet him as well as get a signed poster and coffee mug. 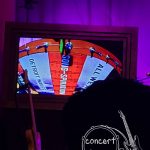 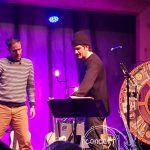 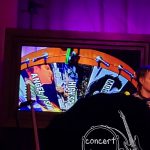 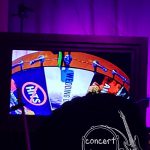 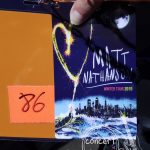 The wheel spins were Song-Spiration, High School and Wedding Dress which led to performances of Room at the End of the World, Illusions a song he had written for a girl in high school and of course, Wedding Dress.

For the show, the wheel was switched out a bit. Unfortunately, the crowd was less than stellar. One woman kept yelling “FASTER” and at first Matt said “Do you want me to spin the wheel faster or sing the song? I have one and a half singles, do you think I am not going to sing it?” and when she yelled it again later, he said “I am literally taking it off the setlist right now” and he did – I wasn’t sure if he was serious until we got to the end of the show, and Faster, the song I was *most* looking forward to hearing, wasn’t done. He did throw in an older less played song instead, which I am sure made the super fans happy but as a more casual fan I didn’t really notice that he did that. The crowd continued to yell out – and I have to wonder if his witty responses were making it seem like he was condoning the behavior and making people think it was ok to shout out things and if it would have been less if he had instead ignored them and just continued on with the show. (Though I can see how it would be hard to ignore it – but simply asking security to find the person shouting and escort them out may have gotten his annoyance across a bit better and would have made things more enjoyable for the rest of us as well. *shrugs*) Despite the song I most wanted to hear being cut, I had an enjoyable night and definitely need to try and see him more on future tours – even though I doubt he will be coming back to Fairfield anytime soon! 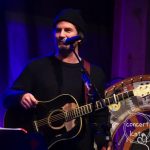 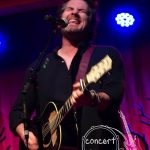 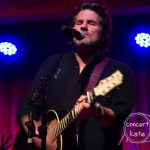 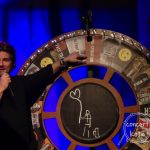 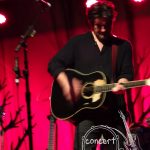 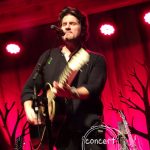 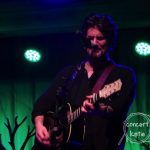