Book Review: In Concert With Death

December 11, 2017 by ConcertKatie No Comments 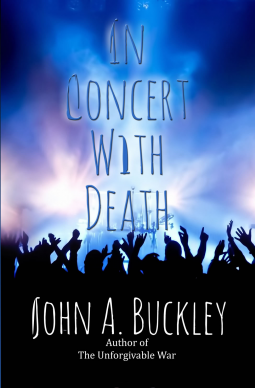 This book tool me a very, very long time to get through. I enjoyed it, but I think that it could have been scaled back a little bit and still been just as good, just shorter and quicker to read.  There is a serial killer on the lose and he has killed at an Aerosmith concert in Boston.  The kill count starts ticking up almost immediately and before you know it there were 30, 40 deaths reported and no sign of the “unsub” (I felt like I was reading an episode of Criminal Minds)  It seemed that the killer has been triggered by losing a scholarship and the kills just keep getting bigger and bigger.  Police find out that he had killed his parents but did their jobs from home as them for a while to get their money and not have anyone notice that they had disappeared! Kind of genius, I have to admit.  He wants to be known as the Concert Killer and all of the victims are “in concert with death”.  I won’t go into too much more detail but like I said the kills get bigger and bigger. And are just unbelievable (or at least they were at the time I read this a few months ago, now with there being a mass shooting at a concert maybe I feel a bit different.)  The other thing about the book I didn’t really like was how short the chapters were. Like a page or two. It just seemed to chop the book up a lot and I could never get a flow going which may be why it took me so long to finish! If that is a detail you can ignore and you don’t mind longer books and enjoy a good concert murder mystery I think you will enjoy this one.

A young adult begins a series of murders that gets the attention of the FBI’s most senior investigators. The serial killer challenges the retiring Feds as they have never been before. They do all possible to stop the kill spree that mostly happens at music events. He’s creative, intelligent, daring, and adventurous as he kills in ways that take the FBI team to their limits again and again. No one knows when, where, or how he will kill. All anyone knows is that he will kill again. Chasing a genius is always difficult, but doing it through crowded rock concerts is an exceptional challenge.  Both killer and law enforcement have to be exceptionally creative to stay a part of this most deadly chase.

John is a former Marine from Massachusetts who has located to Charlotte, North Carolina. While he has done many things in his life, it is writing novels that excites him the most. What John writes is a blend of fact and fiction. His characters are based around people he has known at various points in time. The locations are also often very real. John finds it easier for his readers to get into a story when they find enough reality in it. They can sometimes walk to a given location or feel that they know a particular character. All are fast paced and highly detailed. John also keeps a sense of humor to keep his characters human. All are very personal to him, but he still dares to handle storylines that are outlandish at times.