Book Review: Jack White: How He Built an Empire from the Blues

July 3, 2017 by ConcertKatie No Comments 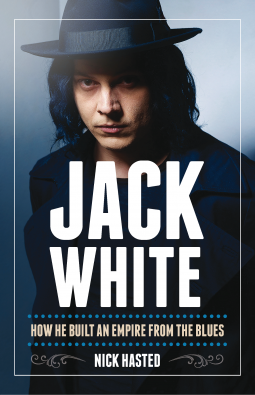 Jack White: How He Built an Empire from the Blues as a title pretty much explains what the book is about.  Jack White – one half of the white stripes (who were an ex-married couple and not siblings) got his start in Detroit.  Although he probably would have fit in more as a black man in the 1980s he has created an empire. The book is a timeline of his journey through music – and Jack is a bit mysterious so it was nice to see a little bit more from behind the curtain so to speak and learn more about him.  The book is based on interviews from band mates and friends and has a lot of interesting information in it.

Jack White, the “coolest, weirdest, savviest rock star of our time” (The New York Times Magazine) is one of music’s most enigmatic and mysterious figures.

Together with Meg White, the The White Stripes’ guitar virtuosity and shrieking vocals ousted all competition and ignited the blues-rock revival of the early millennium. White went on to collaborate with Loretta Lynn, Alicia Keys, Bob Dylan and more, founded The Raconteurs, The Dead Weather and a critically acclaimed solo career whilst also rejuvenating Detroit’s arts scene through his innovative record label, Third Man Records.

Based on interviews from people close to White, including former band mates and Third Man artists, such as Neil Young and Seasick Steve, no other book goes as deep into the lore of Jack White and the mythical White Stripes.